A vacant 130-year old building near the corner of Ossington and Queen might soon be demolished and replaced with a four-storey commercial building of shops and office units instead.

Real estate giant Hullmark is proposing to redevelop the 432-square-metre site at 12 Ossington Ave., which is currently home to a building listed on the city's Heritage Register. 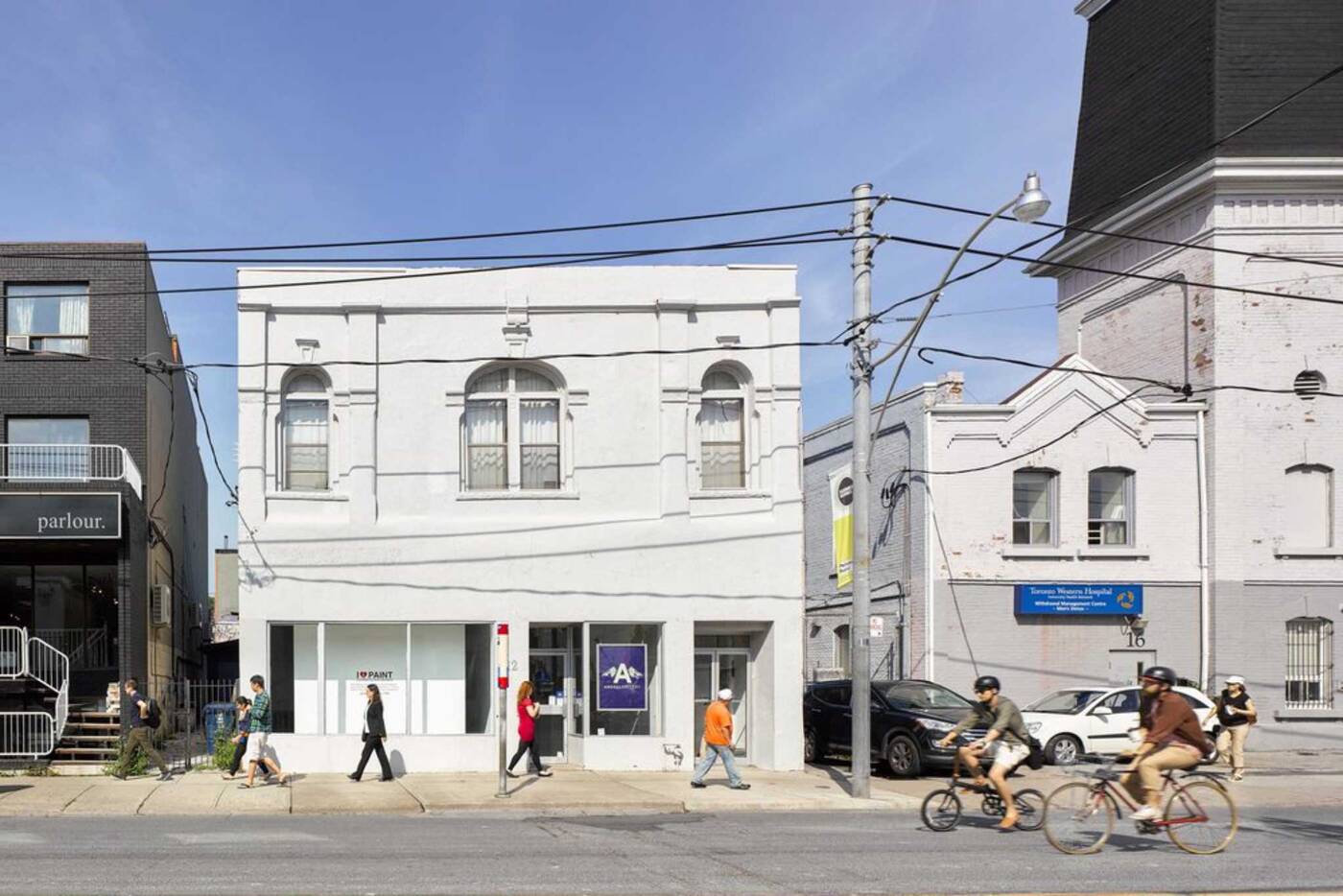 The two-storey building at 12 Ossington Ave. is currently listed on the city's Heritage Register.

Built in 1889, this two-storey property hasn't had a permanent tenant for a while, though for several years its first floor played host to many art exhibits, parties, and pop-ups through the incubator Rally.

Hullmark is now proposing that 12 Ossington be taken off the City's Heritage Register, which they say "has been found to be in defective condition, with limited remaining architectural integrity."

According to Hullmark's application for a site plan approval, a Heritage Impact Assessment by ERA Arcitects and a Structural Report conducted by Read, Jones Christofferson (RHJ) "justify the demolition and redevelopment" of the site. 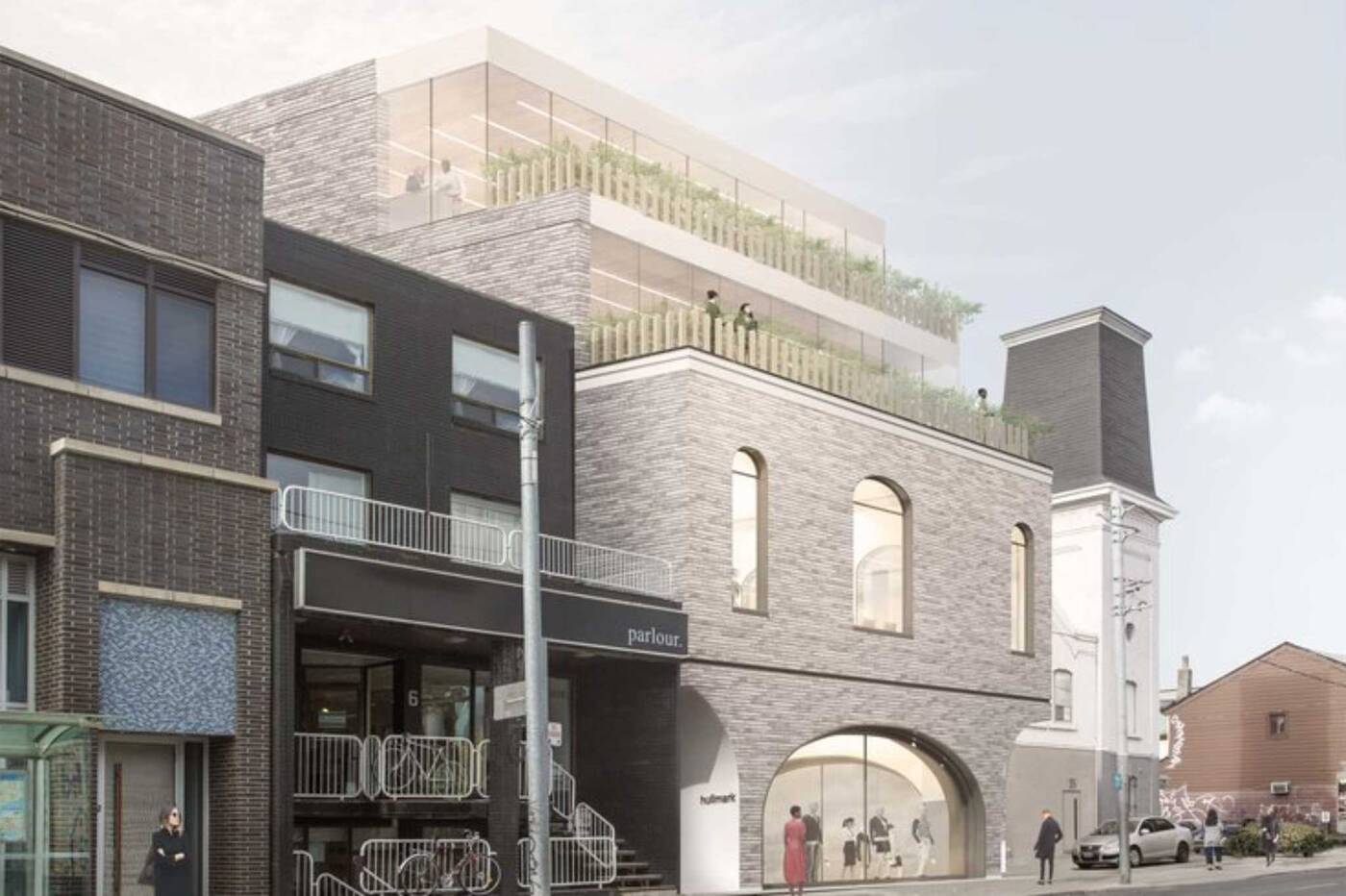 A new building designed by Hariri Pontarini Architects is proposed to take over the old building.

To replace the old building is a 19.8-metre-tall structure designed by Hariri Pontarini Architects, with arched entrances and windows, and clay bricks on the first two floors.

Retail space will take over the majority of the basement, ground, and second floors, while most of the third and fourth floors will be dedicated to office spaces fronted by a glass curtain wall.

There'll also be outdoor terraces on the top two floors, which will allow office tenants to look out over Ossington.

It'll also give an open view of the neighbouring heritage building of the old fire hall at 16 Ossington, which currently serves as the Men's Withdrawal Management Centre.