Toronto is getting a drive-thru illuminated Easter parade at night

The oldest and biggest Easter parade in Canada has announced that it's ditching the in-person easter egg hunt for a drive-thru experience instead.

The Beaches Easter Parade, which usually draws thousands of spectators along Queen Street East, was cancelled last year due to COVID-19.

For the first time in 54 years, the 2021 parade will be taking place as a nighttime drive-along experience on the evening of April 3.

This year's one kilometre trail will weave cars through the Eglinton Go Station south parking lot. The whole parade is meant to take around 15 minutes to complete.

Stationary floats showcasing local businesses and groups, a distanced petting zoo, buskers, antique cars, buskers and an Easter Bunny decorated with lights will all be on display. 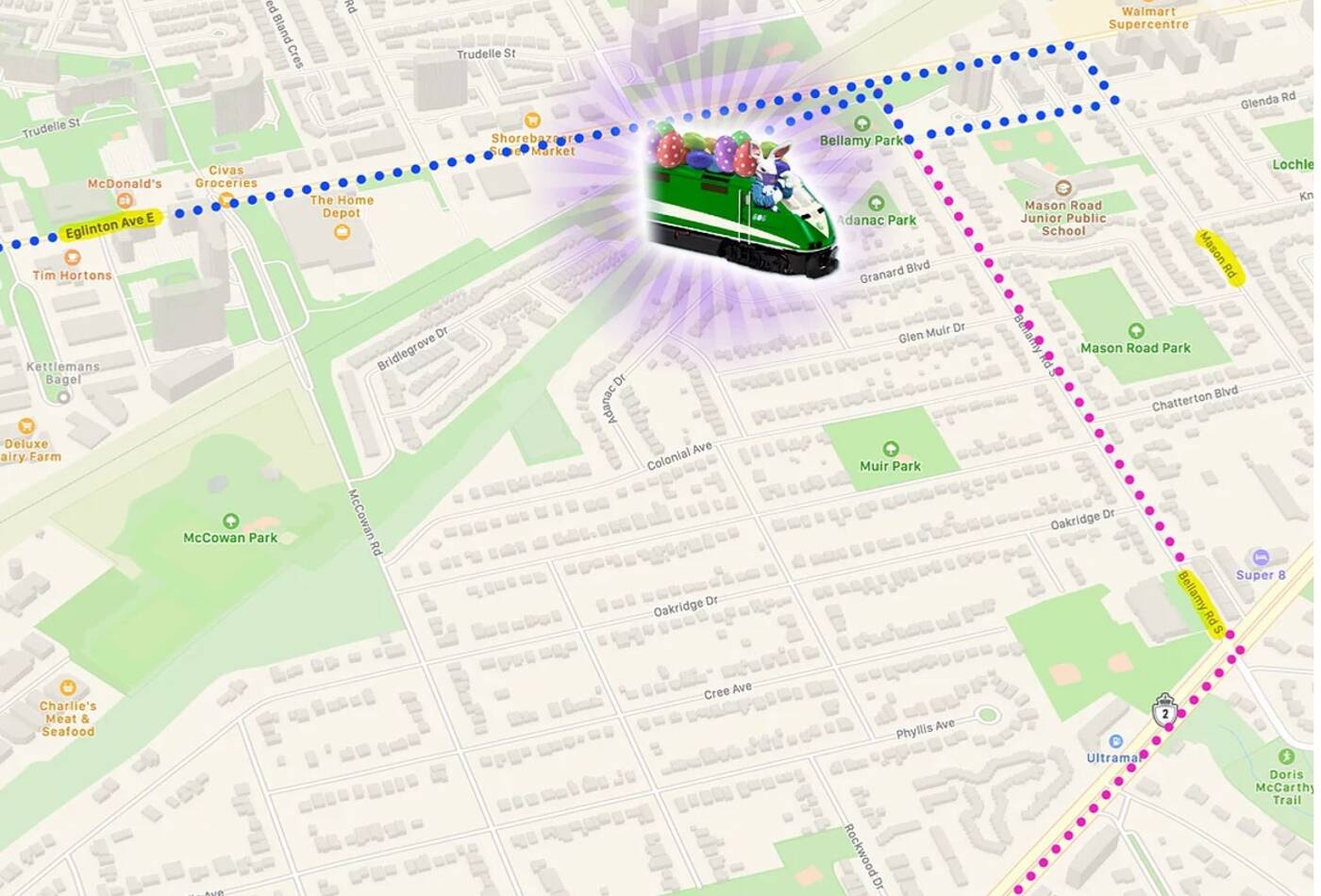 Cars will have to register in advance for a time slot between 4 p.m. and 11 p.m. Vehicle entry tickets are $20+HST and can be purchased online.

According to the parade organizers, space for this event is "extremely limited."

There will be other events to mark the Beaches Easter Parade from April 2-4. That includes a digital Easter egg hunt app that takes users on a scavenger hunt on 14 different locations across The Beach.

There's also a Virtual Bunny Hop Fun Run, where people can register to run a one-kilometre or five-kilometre race, on their own time, any day between April 2-30.

The 2021 event will obviously be a lot different than the usual parade, which typically includes a marching band and, at one point, elephants.

The Easter Parade was first founded in 1967 as an event on the boardwalk. The Beaches Lions Club joined the event shortly after and by 1974, the event had become so popular that it moved to Queen Street East, becoming the largest easter parade in Canada.