Weekend events in Toronto is our guide to events happening this Friday, Saturday and Sunday. Here's what's happening in Toronto this Dec 27-29, 2013.

The Wooden Sky's Annual Holiday Revue
On Sunday The Wooden Sky present their Fourth Annual Holiday Revue Show alongside this year's musical guest Nick Ferrio, plus Tim from Strand of Oaks, Nils from the RAA and Tamara from the Weather Station. In the last three years they've raised over $6,000 for the Toronto Daily Bread Food Bank, and they're hoping to keep the generosity coming. You can grab refreshments all night while chilling out to some good old Canadian indie rock. December 29th, 918 Bathurst (918 Bathurst St), 7:30pm, $20.

Festivus for the Rest of Us
Look alive 90s TV fans - this Saturday Urban Acorn Catering's Vegan Supper Club presents Festivus for the Rest of Us, a Seinfeld inspired, 4-course meatless dinner at Bento Miso. Tickets are $40, but in the spirit of the season the event is bring your own wine - with no corkage fee. You can read up on the various courses here. Saturday, December 28th, Bento Miso Coworking Space (862 Richmond Street West, Suite 300), 6:30 - 9:30pm, $40. 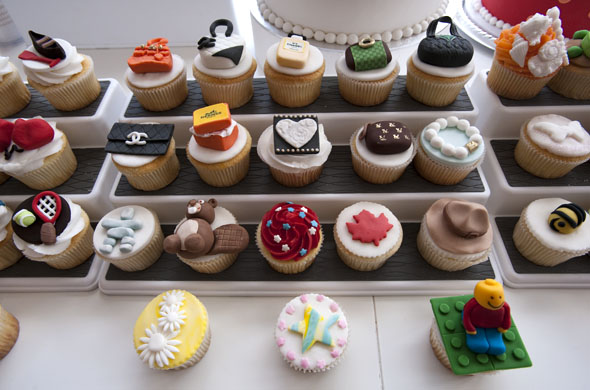 New Year's Cupcake Decorating Class
This Sunday Le Dolci will host a champagne-fuelled make-and-take New Year's Cupcake Decorating Class. Learn how to sculpt fondant while flexing your sprinkle muscles. Fondant might not be the most delicious thing the baking industry has ever thought up, but it's definitely one of the most fun. In theory the cupcakes will keep until New Year's if you store them right, but we all know that's not happening. Nom nom. Sunday, December 29th, Le Dolci (1006 Dundas Street West) 12:30pm - 2pm, $55. 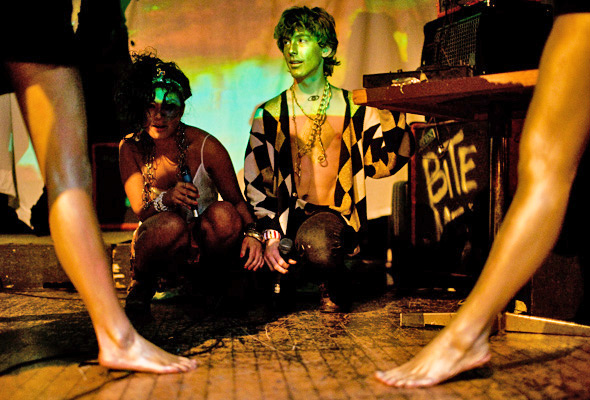 What's in the Box
Who says nothing is going on during Boxing Week? The Drake Hotel returns their Boxing Day music series What's in the Box. From December 26 - 30th this annual mini fest is keeping you warm and give you an excuse to duck out of the house to get sweaty in style with acts like PhĂ¨dre, Doomsquad, Kevin McPhee, and Rich Aucoin. Check the stacked line up here. Friday, December 27 - Monday December 30th, Drake Underground (1150 Queen Street West), 7pm.

Ryan Hemsworth
If you're seriously committed to dancing off two weeks of sweets and booze with sweet music and uh, more booze - and you can't wait until New Year's - Focus Friday has the party for you at The Hoxton tonight. Want to sample some free sounds before you go? Here's a fresh new free song pack. Hemsworth is one of Canada's hottest producers right now if not the hottest, and OG Ron C plus other special guests are on the bill too. Friday, December 27th, The Hoxton (69 Bathurst Street), 10pm.

Spirited Away: The Films of Studio Ghibli
This is your last weekend to catch the films of Studio Ghibli's return to the TIFF Lightbox! Hayao Miyazaki and Japanese animation company Studio Ghibli is famous for making emotionally complex animated features like notable titles Spirited Away, My Neighbour Totoro, and the heart breaking Grave of the Fireflies, set in Japan during World War II. The latter is considered one of the greatest animated films of all time and is rarely screened. A ton of other films are screening too - check the full listing out on TIFF's website. TIFF Bell Lightbox (350 King St W), Until January 3, 2014, various showtimes and prices.

Sing-a-long-a Sound of Music
Do you love the Sound of Music? I mean, do you wish The Sound of Music was your life? You can have a little taste of that at TIFF this weekend while singing along to "My Favourite Things," "Climb Ev'ry Mountain," "Sixteen Going on Seventeen," "So Long, Farewell," and of course, "Do-Re-Mi." Costumes are encouraged (you can make them out of the curtains). Julie Andrews - the ultimate hangover cure? We'll see. Friday December 27, 7pm & Saturday, December 28 1pm, 7pm, TIFF Bell Lightbox (350 King St W).

Little Mermaid
There's only about a week left to ride the waves with Little Mermaid. That Ross Petty is up to his old tricks again, recruiting a young, talented cast of singers and dancers to delight audiences as part of the annual Christmas pantomime. This year's theme, the Little Mermaid, sports perhaps the most cringe worthy pun in recent memory, "Ontario's O-fish-al Musical." If that makes you gag, you might want to avoid the show. It's a reflection of the type of jokes you're in for, amidst all the pop culture mash-up and goofing around. Until January 4th, Elgin Theatre (189 Yonge St), various showtimes, $34-$93.

Gerry Dee
There's a difference between comedians that only have strong material and comedians that are genuinely funny no matter what scenario you put them in. Watch Gerry Dee long enough, and you'll realize that he's a sincerely hilarious individual. In 2008, he was recognized with a Canadian Comedy Award for Best Male Stand-Up. His show on CBC, Mr. D, garnered 1.23M viewers in its first episode. But what's most impressive is that he held his own in an interview with Charles Barkley, even to the point of cutting him off on a few occasions, which is no simple feat. Friday, December 27th, Toronto Centre for the Arts, 5040 Yonge, 7:30pm, $56-66.

Lead photo by zakonslike, photo of Phedre by Jennifer Bundock