Weekend events in Toronto is our guide to events happening this Friday, Saturday and Sunday. Here's what's happening in Toronto this November 29 - December 1, 2013.

Cavalcade of Lights
Tomorrow is a big day for lovers of all that's bright, shiny, and twinkling. The holidays officially start in Toronto (or so they say) Saturday at Nathan Phillips Square. The 47th annual Cavalcade of Lights will culminate with the illumination of Toronto's official Christmas tree and a fireworks show. At 7pm Cold Specks, Divine Brown and Carvin Winans will perform, then at Diamond Rings will perform before DJ Dopey spins over an open-air skating party. Bundle up and bring your skates. Saturday, November 30, Nathan Phillips Square (100 Queen Street West), 7pm, free.

Artisan Tasting Fair
The Canadian Artisan Tasting Fair takes over the Artscape Wychwood Barns on Sunday. Admission is $35 for complimentary sampling from chefs, brewmasters and artisan vendors, and also includes an eco-friendly cotton shopping bag with a bamboo plate and fork plus $10 in coupons to spend. More than 40 carefully food and beverage makers from bakers to charcuterie butchers to craft brewers will be ready to try to impress your tastebuds. Sunday, December 1st, Wychwood Barns (601 Christie Street), 11am - 4pm, $35 (includes $10 in coupons and a gift bag). 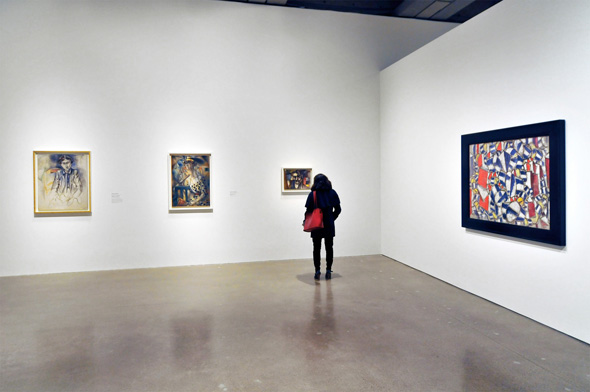 The Great Upheaval: Masterpieces from the Guggenheim Collection, 1910-1918
Selected masterpieces from the Guggenheim will be on display starting tomorrow at the AGO. While the idea of a collection of World War One era abstract artworks may seem a dour contrast to the flamboyant David Bowie exhibit that's closing upstairs, the bold and symbolic, often psychedelic avant-garde works exploring the emotional turmoil of the age actually carry on the torch of colourful stimulation surprisingly well. See your old pals Picasso, Kandinsky, Matisse, Duchamp, Ernst, and many more all together in a room. No drama. Check out highlights from the exhibit here. Art Gallery of Ontario (317 Dundas Street West), Saturday November 30, 2013 - March 2, 2014, 10am - 5:30pm, $25.

Seripop's Looming
This is your last chance to see the unbelievable world of Montreal's Seripop installed at YYZ in the 401 Richmond Building. Yannick Desranleau and Chloe Lum's solo exhibition looks like a psychedelic vision of a child's play fort, half in ruin but pulsing to the limits of imagination. It's more or less a miracle that two human beings were able to pull off something this magical - and anxiety inducing, much like their music with Aids Wolf (RIP). If you can't stand to be in a room this colourful for long, that's okay. Just pop in. The last day is Sunday, November 30th. YYZ Artists' Outlet (140-401 Richmond St. W), 11am-5pm, free. 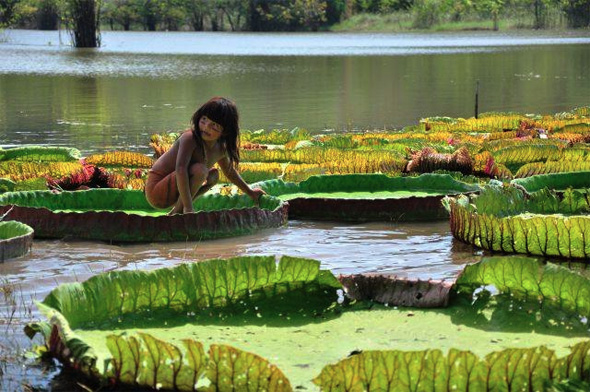 The 7th Annual Brazil Film Fest
The Brazil Film Fest's timing during the last dregs of autumn might seem like a tease, but the heart of the matter is nothing's better in nippy weather than hiding out in a theatre for a couple of hours to take in a film made somewhere much, much warmer. The magic of film might actually be the next best thing to actually flying to a sun kissed destination. The 2013 is on now at the TIFF Bell Lightbox this weekend with 11 films from passionate love stories to understated dramas. Read our preview here. November 28 - December 1, TIFF Bell Lightbox (350 King Street West), various times and prices.

Blood in the Snow Horror Film Festival
The Blood in the Snow Horror Film Festival launched last year, and Toronto's scary movie fans will be glad to hear that as the frost clings to the pavement like so many scattered, mashed up pulled teeth and powdered human bones, the pre-holiday gore fest will back and better than every this weekend at Carlton Cinemas. For those whose loved ones share a passion for the darker side of life there will also be a Blood in the Snow Vendor Village in the front lobby for ticket buyers, plus parties and midnight screenings. The fest kicks off tonight. Any ticket holders will have access to the Vendor Village. Read our preview here. Friday, November 29th until Sunday, December 1st at Carlton Cinemas (20 Carlton Street), various showtimes.

Alligator Pie
Last chance to see this adaptation of the poems of Dennis Lee. Alligator Pie is an energetic and family-focused performance from collective creators Ins Choi, Raquel Duffy, Ken MacKenzie, Gregory Prest and Mike Ross. Of the 20 odd poems lively dramatized with music and props, some soar with creative energy, while others need a bit more time in the oven. But it's the cleverness of the presentation - an earnest approach to the material - that makes this an adaptation with a lot of potential. Check out our full review. Until December 1st, Soulpepper Theatre (50 Tank House Lane), various times, $23

Once
Its remarkable success in 2007, taking home the Academy-Award for Best Original Song, ensured the stage adaptation of Once wasn't too far behind. After winning eight Tony Awards in 2012, including Best Musical, the stage version has proven to be just as popular with audiences and critics as was the film. An ensemble of performers, who simultaneously act and play their own instruments, chronicle the romance between a Dublin street musician and the woman who takes an interest in his songs. Until January 5, 2014, Royal Alexandra Theatre (260 King Street West), various showtimes, $35-$100+. 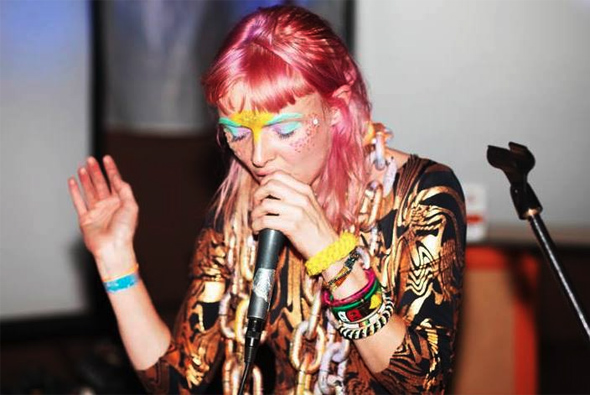 Punchclock Showcase & Print Sale
This one is a two parter. On Saturday night at Double Double Land (209 Augusta) you can catch Petra Glynt, Carl Didur, New Fries, and LLVK (a collab between Sook-Yin Lee, Adam Litovitz, Brandon Valdivia (Not the Wind Not the Flag, Mas Aya), and Benjamin Kamino). There will be stage decor, DJs, and neon. Then on Sunday from 1pm - 8pm you can go to Punchclock (251 Sorauren Avenue) for a studio sale of screenprinted and risographed art prints, t-shirts, sweaters, tote bags, stickers and more. Check the Facebook event for more info. Double Double Land & Punchclock, Saturday, November 30, 9pm-late & Sunday, December 1, 1pm-8pm, $5/$10

Steam Whistle's Unsigned Indie Music Concert
Steam Whistle's next Unsigned Indie Music Concert is tonight at and features Rituals, The Oooh Baby Gimme Mores and Fresh Snow. The Unsigned concert series is now in its sixth year running - it's featured over 70 independent Canadian acts and have raised over $70,000 for local artists. A $5 donation to the Artists' Health Alliance gets you in the door. Friday, November 29th, Steam Whistle Brewing (255 Bremner Blvd), $5.

Hayden
Reclusive Hayden ends his fall tour with a hometown show at the Danforth Music Hall on Saturday, sharing his eclectic genre-bending sound and material from his latest release, Us Alone. The Toronto-based artist doesn't play live a whole lot (though he did perform at his label's Field Trip Festival this summer), so the chance to catch him at this venue is one that fans should cherish - it might be a long wait until he comes out of hiding again. Saturday, November 30, Danforth Music Hall (147 Danforth Ave), $32.50-$39.50.

For more music listings, check out our This Week in Music, Fall Concerts, and December Concerts posts.

Laughs for Lives
Ok, so this isn't exactly in Toronto, Toronto, but it's a show whose proceeds are going straight to those affected by the recent typhoon in the Philippines. As your producer, Big Norm, so eloquently put it, "The people known for their caregiving are now in need of your care." Trixx, Nick Reynoldson, Keith Pedro, Chris Robinson...I could go on. This will definitely be one of the best shows of the month. Sunday, December 1st, Southside Muay Thai (2065 Midland Ave #2), 7pm, $15 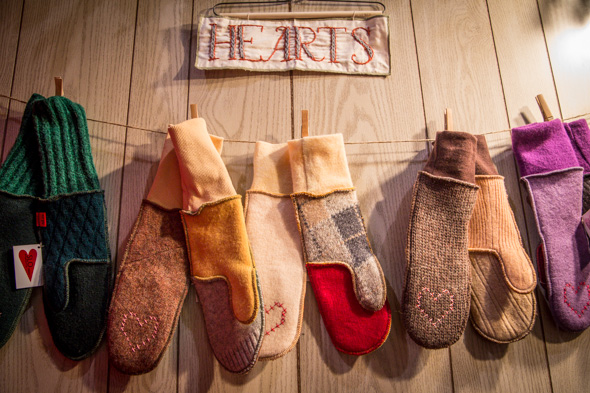 One Of A Kind Christmas Show & Sale
One of a Kind is like a craft fair mall experience (so, way nicer). Over 800 Canadian artisans from each and every province will be showing and selling handmade gifts at the Direct Energy Centre between Nov 28 - Dec 8. Caffeine up and power through this one, and you might just win the holidays. There will be a gift wrapping centre and, to keep this extra Canadian, daily figure skating performances. Check out our gallery of gift-worthy items here. Direct Energy Centre, (100 Princes' Blvd), November 28 - December 8, most weekdays and Saturdays 10am - 9pm, Thursday 10am - 11pm, Sunday 10am - 6pm. $12 adults, $7 seniors & students, kids free.

Toronto Christmas Market
The Toronto Christmas Market is back for its fourth year, and its expansive set up will (sort of) emulate a European Christmas Market in the Distillery District for the first two weeks of December. Local handcrafted products will be for sale from a variety of vendors. Entertainment will be provided by carollers, a Bavarian brass band, children's choirs and more, plus there will be beer and mulled wine gardens. Damn, mulled wine isn't a thing that happens often enough in Toronto. Distillery Historic District (55 Mill Street), Friday November 29 - Sunday December 15, Mon - Fri noon - 9pm & weekends 10am - 9pm.

Photo of Petra Glynt via Facebook, Brazil Film Fest still from Tiana, One of a Kind photo by Jesse Milnes