Weekend events in Toronto is our guide to events happening this Friday, Saturday and Sunday. Here's what's happening in Toronto this August 17-19, 2012.

York Eglinton International Street Festival
A multicultural community arts festival that sprawls across Eglinton West and showcases the many diverse cultures of Toronto, the York Eglinton International Street Festival will attempt to fill your belly, eyes and ears with the arts and entertainment of every culture. Running all weekend, this street festival is a free carnival with rides, a petting zoo and dancing to performances by Michie Mee, Gerry Thompson and Mountain Edge Music, from Oakwood Avenue to Dufferin Street. Join the international market for tastes of the world - from the Caribbean to Europe to South America.
Eglinton Avenue West (Oakwood Avenue to Dufferin Street), August 17-19, 2012 11AM start time Friday and Saturday, 12PM start time on Sunday Free

Canadian National Exhibition
The signal for the end of summer has arrived with the opening of the CNE. Get ready to grease your bellies with deep-fried butter and ride the Polar Express until you feel sick as the usual suspects make their way into town with rides, food and games that make Toronto's largest fair what it is. This year, illusionists, acrobats and ice skaters are added to the list of concert performers like The Arkells, The Darcys, Don McLean, Nick Carter, 3OH!3 and Tea Party. The air show--a CNE stand by--happens each day on the Labour Day weekend. The CNE closes September 3rd, and don't forget to check out our preview.
Exhibition Place (210 Princes' Gate), August 17-September 3, 2012, 10AM $12-$16

Bike Rave
If the name isn't self-explanatory, this is all you need to know about Bike Rave: it is a DIY rave on bikes. Bike Rave begins at 8:30PM tonight with riders meeting at Christie Pits to pimp their bicycles in glowing lights and ride through the city listening to the same soundtrack. To participate, all you need to do is download the playlist from megashares.com or dropbox.com and mount speakers to your bike so you can ride in sync with other ravers. Riders will press play at 8:50PM so don't be late.
Christie Pits Park (Bloor Street and Christie Street), August 17, 2012, 8:30PM Free

Feast in the East 16
Feast in the East returns for its 16th instalment with another night filled with music, food, and art. This time, your ticket gets you a dinner from Anni Spadafora, and tunes courtesy of synth musicians Tezeta, Joseph & The Mercurials and Ostrich Tuning. Best of all, the dinner's free with an advance ticket.
Polyhaus (388 Carlaw Avenue), August 17, 2012, doors at 9PM, tickets are $7 in advance or $10 at the door

Backyard Cinema: E.T.: The Extra-Terrestrial
Everybody's favourite little alien makes his outdoor big screen debut at Cawthra Square Park tonight for a screening of E.T.: The Extra-Terrestrial. This popular Spielberg film about an outcast who finds an alien and helps him return to his home planet is classic '80s nostalgia, which will bring the 20-somethings out in droves. Arrive early to guarantee a spot and don't forget your blankets and Reese's Pieces.
Cawthra Square Park (519 Church Street), August 18, 2012, 9PM Free 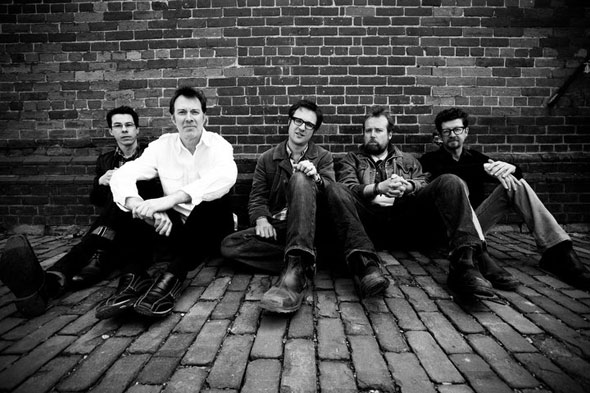 Queen West MusicFest 2012
Queen West MusicFest is an outdoor indie music festival right in our own backyard (Trinity Bellwoods is like our backyard, right?) This Saturday, performers including Skydiggers, Lazybones, Ian Blurton + Huron = Happy Endings, and Jessica Mitchell will play the stage front at QWMF with discounted beer on tap and food by Lou Dawgs and Hero Burger for sale. Admission is free and any proceeds from the event go to MusiCounts and Toronto General & Western Hospital Foundation.
Trinity Bellwoods Park (155 Crawford Street), August 18, 2012, 12PM Free

National Student Food Summit
Meal Exchange is an organization that gives to food banks across the country, providing them with emergency food supplies for the 2.7 million Canadians that rely on them each year. This weekend, Meal Exchange hosts a summit at the University of Toronto that will feature workshops, seminars and speakers, discussing and strategizing about hunger problems in Canada. Field trips to local organizations combating the issue will be a part of the weekend with a focus on student life accessibility to food being broached. The event is free to register at studentfoodsummit.ca.
Hart House (7 Hart House Circle), August 17-19, 2012, 9AM Free

For more food news and events, check out our This Week in Food post.

The McComedy Show
Sketch comedy duo Shannon McDonough and Michael McLean present their latest show The McComedy Show live at The Flying Beaver Pubaret this Friday and Saturday night. In addition to sketches, they will perform stand up and feature comedic short films with guest appearances by Paul Bellini of "Kids In The Hall" fame, Shelley Kidwell, Marilla Wex and Jennifer McAuliffe. Only you can help these comedians quit their McDay Jobs by showing up to laugh a little at The McComedy Show.
The Flying Beaver Pubaret (488 Parliament Street), August 17-18, 2012, 7:30PM $10 advance, $15 at the door

The Second Annual Bloorcourt Arts and Crafts Fair
Spanning 12 city blocks and attracting over 100 vendors with an expected 10,000 attendees, the 2nd annual Bloorcourt Arts & Crafts Fair is going to be a glittery explosion of activities and arts. Local vendors will sell their handcrafted goods in one of the city's largest sidewalk sales along with new elements like performances, patios, rides and games. Bloor Street will become a pedestrian street between Montrose and Dufferin for the event so guests can enjoy a long walk as they shop.
Bloor Street West (Montrose Avenue to Dufferin Street), August 18, 2012, 11AM Free

Lead photo by jer1961 in the blogTO Flickr pool, band photo courtesy of the Skydiggers