Morning Brew: Ford set for final conflict hearing, group wants casinos for subways, fire crews urged to act faster, the man with a train in his basement, and Leafs in space

Today is another big day in court for Rob Ford as he prepares to appeal a judge's decision to remove him from office over a Municipal Conflict of Interest Act violation. It's unlikely the panel of three judges will make a decision today but experts believe they will work quickly and deliver a definitive verdict on the Ford saga by early February. If Ford's appeal is denied he will be removed as mayor, no more questions asked. If he wins, he stays. Here's a useful primer on the case. We'll have coverage of the hearing as it happens today.

The Toronto Star has a brief look at other public leaders ousted from office for breaching the rules. On the bright side for Ford, many were so popular they were re-elected second time around.

The Toronto Taxpayers Coalition, a right-leaning advocacy group, has an interesting proposition: using funds generated by a downtown casino to build new subways. According to the group, a casino could pull in more than $400 million a year for transit without raising taxes. Would it be right to build a subway on the backs of gamblers?

On the TTC this morning, 510 Spadina streetcars are diverting via King, Bathurst, and the Wolseley Street loop because of a broken water main. Shuttle busses are completing the route south.

A new site is demanding better response times from Toronto's firefighters who it says take on average 38 seconds longer to get dressed than 13 other North American cities. The answer, the group says, is simply better training for existing crews, not more firefighters. Thoughts?

Well, after months of endless back-and-forth, the Toronto Maple Leafs are heading back to the ACC after the NHL and player's union forged a deal to start a shortened season Sunday. From space, Commander Chris Hadfield, the Leafs' highest fan, 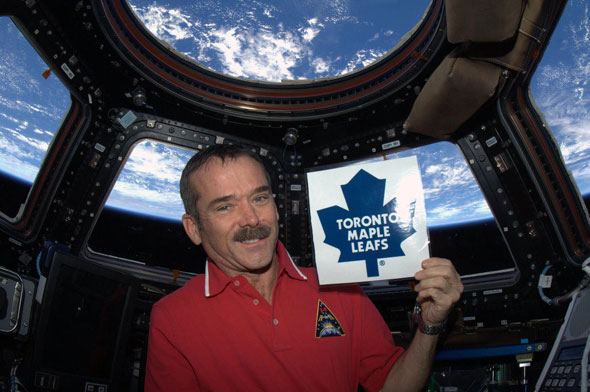 renewed his allegiance on Twitter.Finally, some people really, really like trains but none more than Thornhill resident Jason Shron, the man with a Via Rail train in his basement. Shron built the replica car from scratch, complete with reclining seats, original garbage cans, lights, carpets, and first aid kit. Here's a guided tour of his four-year pet project.