So that clears that up. Rob Ford didn't call for a TTC shelter bus as previously reported: it was the cops. At a press conference yesterday Superintendent Ron Taverner said the vehicle request came from Toronto police who were concerned about a fight brewing between the two football teams. Ford did, however, call TTC CEO Andy Byford's cell to hurry things along.

Byford asks that Ford kindly not call him in future regarding personal matters. Could this become the source of a rift between Byford and Ford?

Rob Ford has a better attendance record than David Miller and many other city councillors, according to The Star. Scarborough East councillor Ron Moeser has missed the most votes as a result of ongoing health issues, Deputy Mayor Doug Holyday has the best record. According to the paper, Ford has missed 494 of the 3,334 votes this term, making him absent 14.8 per cent of the time. Are you surprised by these stats?

Note: The Star has since updated their article to reflect the fact Miller's attendance records were only available between 2009 and 2010, not his entire term.

In embarrassing gaffes, City of Toronto staff have apologized after accidentally recycling last year's Veteran's Week proclamation online. And they probably would have gotten away with it too if only they hadn't tweeted a link on the mayor's official account.

With all the condo buildings under construction in Toronto it's easy to lose track of the various projects that have fallen by the wayside. The Grid takes a look at the abandoned Kormann House project at Queen and Sherbourne, a housing project that seemingly defied the odds by not getting built.

On a similar note, here's a map by journalist Lisa Mayor of all the condos that are getting built [via Reddit.]

If you're an amateur cartographer or just someone with a love for maps, here's a diagram of present day Toronto divided up into its former municipalities with the dates each were officially incorporated. Posted to Reddit by TOmaps, the map seems to be a little misleading: the boundaries are in their 1960s positions.

Hey - think you know where this is? Why don't you tell us in the comments' section, smartypants? 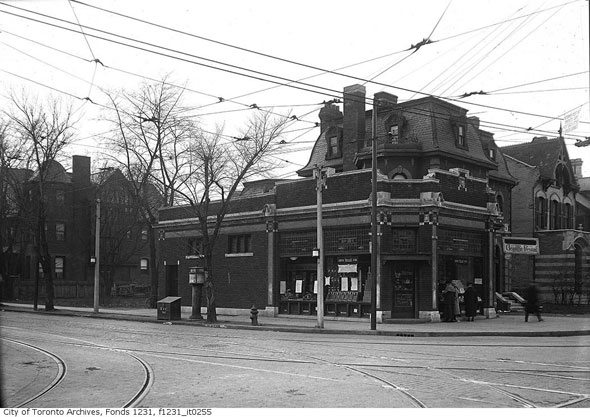 Photo: "Lotto" by asianz from the blogTO Flickr pool.