Well, this is just going to sting if you're an advocate for keeping the Jarvis bike lanes. As Dave Meslin explains on his blog, "Not only is the removal of the Jarvis bike lanes a colossal waste of money (the lanes are brand new) â but guess where the money is coming from? I've been able to confirm with the City that the money to REMOVE the lanes is being pulled directly out of the limited budget the City has to INSTALL bike lanes!" Salt in the wound, indeed.

The plastic bag ban city council voted to take effect January 1st might be back up for debate thanks to a motion put forward by Peter Milczyn and seconded by Denzil Minnan-Wong. It would need the support of two thirds of council to pass, but as the Globe notes, this might be possible thanks to threats of lawsuits from plastic bag interest groups against the city. So how's this one going to play out?

If ever you needed hope that things will get better on the TTC, behold: new streetcars! Then again, it sure looks like a 5 cent fare increase is on the way for 2013.

When will these elephants leave? And will Bob Barker punch someone in the face? Questions, man. Although Barker claims that the Toronto Zoo is just stalling, according to its senior veterinarian, there are "deep concerns about what he says are active cases of tuberculosis at the California PAWS sanctuary, where city council ordered the elephants sent last October." The saga continues.

If you're an urban nerd, this'll probably be the coolest thing you see today (and if you're a really big one, you've already seen it). Canadian Business picked up on a thread over at SkyscraperPage that features renderings of what Toronto will look like in 2020. The work of Cale Vanderveen, the exercise is a dramatic demonstration of just how much development is in the works for the city. Like, wow. 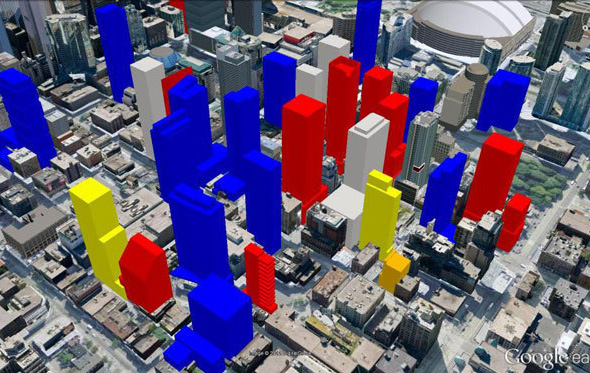 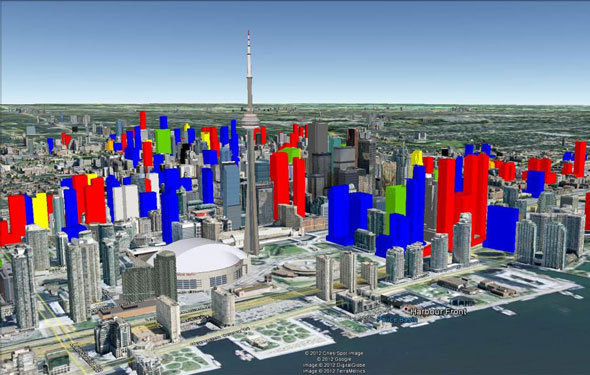