Just in case you were wondering how exactly Toronto came to ban plastic bags the other day, our fearless leader has an answer. Speaking on the John(ny) Oakley show yesterday, a miffed Rob Ford put the blame on an unengaged electorate. "Honestly, I get so frustrated because the people are just sitting back and listening, but they don't pick up the phone, they don't go down to city hall, they don't ask questions. It's frustrating, I want people to get engaged in municipal politics and find out who their councillor is and know how they vote."

Speaking of Rob Ford, who do you think would win in a fight — him or Hazel McCallion? Don't think fists. Think policy implementation... The Mississauga mayor is calling for the provincial government to put in place a new tax that would fund transit projects designed to ease gridlock in the GTA. It's always easy to ask the higher-ups for bucks, but the Hurricane might have her eye on the prize here. What do you think of the idea?

Bed bugs be gone! Well, sort of. $250,000 won't solve the problem, but at least the City was smart enough to heed Councillor Paula Fletcher's prodding to reinstate funding of the eradication team. I'm less itchy already.

Attention E-bike riders. Don't ride drunk! You might face criminal charges. Thanks for the tip, OpenFile.

Guinness world records jumped the shark ages ago, but this upcoming attempt is noteworthy for its ridiculousness. A group of people will gather in North York next week with the goal of fashioning the world's biggest QR code. Oh boy.

The Far Enough farm on the Toronto Islands — one of a number threatened by city cutbacks — has been saved thanks to a private donation from the operator of Centreville.

This social media scorecard for Toronto city council from the Academy of the Impossible folks is great — that is, if you can get by the clunky site design. So who takes home top honours? Councillors Paul Ainslie and Shelley Carroll, both of whom received A-. More like this, please.

And, lastly, a certain raspy-voiced gentleman paid a visit to Toronto yesterday. Boy does he have a nice car... 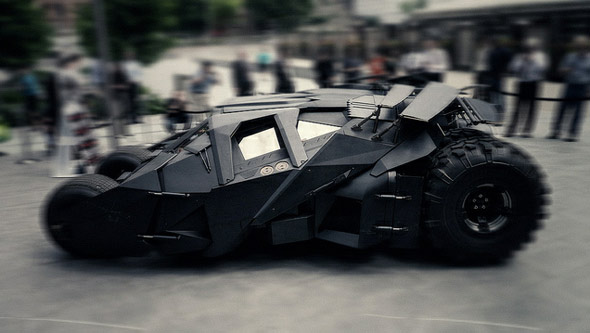 Photos by Georgie_grrl and Sam Javanrouh in the blogTO Flickr pool