Toronto will spend $15 million a year over the next decade to repair and rehabilitate the aging Gardiner Expressway, leaving the door open to serious traffic disruption around downtown. According to the City, the highway is completely safe (even though bits of concrete have a tendency to fall off right now) and the repairs are part of planned annual maintenance.

Pride Toronto is at risk of losing its funding for Pride Week with the announcement that Queers Against Israeli Apartheid plan to march this year. The move could violate the city's anti-discrimination policy because QuAIA's opponents say "Israeli Apartheid" is an unfair comparison to South African apartheid. The group agreed to skip Pride 2011 to keep the event running. Toronto provides about $420,000 to Pride Toronto in the form of grants and services each year.

The Public Works and Infrastructure Committee voted yesterday to extend a proposed separated east-west bike lane on Wellesley several blocks further to Parliament Street and opted to study a westward expansion to Ossington. The group also approved 77 kilometers of new off-road trails, but Toronto still lags behind in terms of bike infrastructure.

The clown at your kid's birthday party might be able to twist up a balloon dog but Toronto's Willy Chyr can whip you up a scale model of a neuron pathway - it just takes a little longer. The artist-cum-PhD physics student took up balloon sculpture in his spare time and will soon have his huge work printed on bottles of Becks beer and featured at Thursday's Art of the Danforth festival.

OK, this is starting to get out of hand. First it was 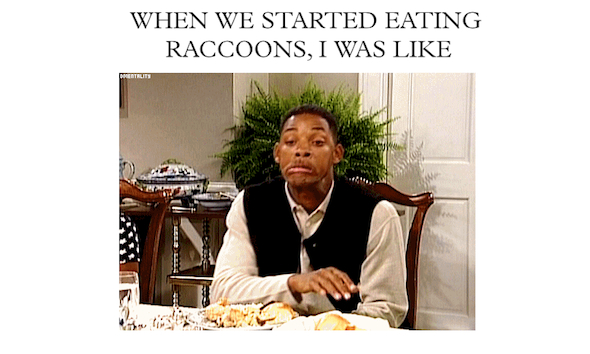 Toronto Strife, yesterday it was the comeback Animated GIFs About Toronto Brunch, and today it's Toronto in 2016 that's the focus of an animated GIF Tumblr. If you're not too sick of this joke by now, check out Toronto 2016 Real Talk. Enough now.IN OTHER NEWS: