If you're going to get hitched this year in Toronto, it's going to cost you. Yesterday, the City released details of a proposed $23 million user-fee hike, which among other things will make it more expensive to get married in Toronto. If council approves the hike, a licence will cost $140, which is ten dollars more than it is now. The price to tie the knot in one of Toronto's four civic centres will rise by one-third, to $100. Also, the city apparently doesn't want us to burn off those extra holiday pounds, as a host of recreation programs -- such as swimming and skating lessons, arts and crafts, day camps and cooking classes -- will cost 3 percent more. That's well above the 1.8 percent inflation rate, says former budget chief Shelley Carroll. Well, if you can't fit into your wedding dress, who really wants to get married anyway?

Forty-two new Toronto Police recruits graduated yesterday in a somber ceremony with fallen Sergeant Ryan Russell on everyone's mind. "Yesterday was indeed one of our worst days," Police Chief Bill Blair said at the ceremony. "And yet, we are still able to gather today for a celebration. It is a celebration that reminds us that our mission goes on... It's okay to smile today." The recruits are apparently among the most educated and diverse class the police college has ever seen. Almost one quarter are women; one third are visible minorities, and more than half speak another language beside English. They will be assigned to front line policing across the city.

Premier Dalton McGuinty says the 10% rebates on electricity bills should quell the critics who demanded the provincial portion of the HST be removed from hydro. Most Ontario voters understand electricity bills are going up to pay for badly needed repairs and upgrades to the system, and that the HST is making businesses more competitive, helping create more jobs, added McGuinty. The HST was a difficult decision but it was added to only 17 per cent of goods and services previously exempt from the PST, said McGuinty. But how come that 17 per cent includes everything I buy?

Councillor Giorgio Mammoliti, the new community development and recreation chairman. wants Toronto to explore the public-private partnership (P3) model when it comes to building new arenas in an effort to solve an ice-time shortage. The councillor uses $20 million as a benchmark for the estimated cost of constructing a two-pad arena facility -- a hefty price-tag for a cash-strapped city council. He hopes the idea won't just help to build new rinks but also update aging ones that are so old that they've had to convert storage rooms into dressing rooms for female teams. 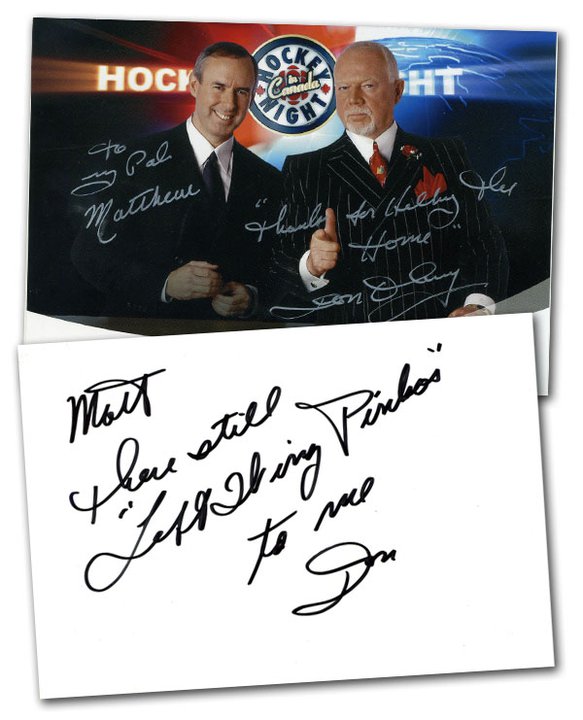 Lead photo by Jen Tse in the blogTO Flickr pool.