The $275-million surplus reported by the mayor's office yesterday, could turn out to be quite the boon for homeowners. Rob Ford's chief of staff, Nick Kouvalis, noted that it might allow the new mayor to "hold the line" on property tax increases. Although Miller has been criticized for not knowing about the existence of the extra funds in advance, why look a gift horse in the mouth?

The Star broke some earth shatteringly important news yesterday when it was decided that a Roger Ebert tweet deserved a six paragraph write-up. Yes, it was a slow news day, but couldn't they have written about the escaped snake?

The Toronto Police have announced that they will launch another one of their silly pedestrian safety blitzes next week. When asked about what steps one could take to stay safe, Sergeant Tim Burrows suggested that with Daylight Savings Time coming up, reflective clothing might be a good idea. "From everything from an arm band or a strap, to actually where you can sew into your clothing your outerwear, really really simple ideas and good and safe," he said. "You see a lot of motorcyclists nowadays wearing reflective wear when they're riding around even in the daytime. Is it really too much to ask for pedestrians at nighttime?" Yes, Tim -- it really is.

Just when you thought the story of the Makhniashvili family couldn't get any more strange, Vakhtang Makhniashvili, the father of the missing teen, has been arrested for attempted murder in connection with the stabbing of an east-end couple.

And, though it has nothing to do with Toronto, this last one is irresistible. A young man has been detained in Vancouver after it was found that he boarded a plane wearing what can only be described as a Mission Impossible-type mask. The stupidest part is that after he successfully made it onto the plane, he took it off! 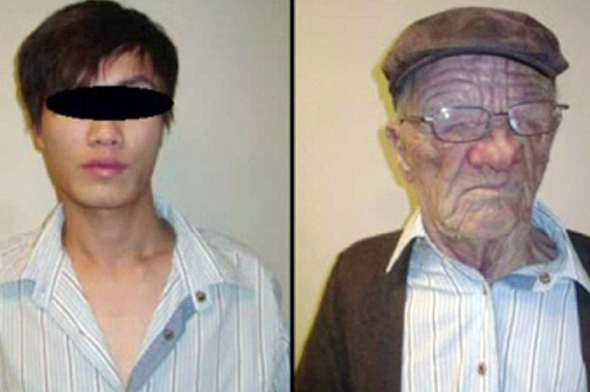