Morning Brew: Will Rossi be the next to drop out?, Pan Am logo revealed, Giambrone blasted for "wasteful" video, TTC wants $2.7 for G20 from feds, Leafs to go 3D

The Star reports that if the next municipal election poll indicates that Rocco Rossi hasn't picked up support in the wake of Sarah Thomson's departure, then he too my bow out. Apparently this information comes via a conference call with "a half-dozen" of Rossi's advisers. Summing up the situation, one of them had this to offer: "The question is can Rocco be a factor in this race with enough support to be a '1, 2, 3 player', or will he stay in the single digits and be a Ralph Nader to Rob Ford." That's a direct quotation, but not everyone trusts the Star's impartiality at this time.

The logo for the 2015 Pan Am Games was officially unveiled yesterday. The lumpy, person-kicking-a-soccer-ball-looking thing is inspired by the figurative styles of pre-Columbian aboriginal art forms throughout the Pan Americas, in case you were wondering. "Rigorous research" went into the development of the logo, according to Ian Troop, CEO of Toronto 2015. Troop says the Pan Am Games will be bigger than the Winter Olympics and will run across southern Ontario from Niagara Falls to Oshawa. 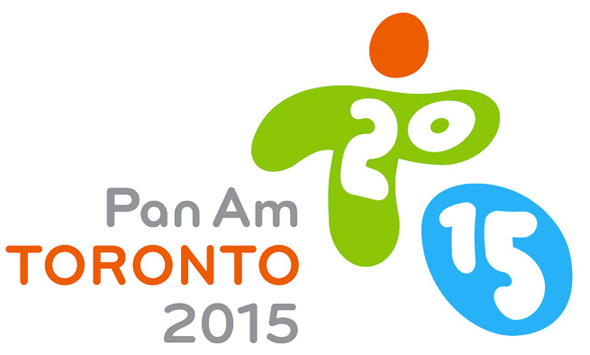 Adam Giambrone is being blasted for "wasting taxpayer money" for his latest promotional Chair Report video. Slightly less embarrassing than his last upload, Giambrone can't say exactly which city budget footed its $15,000 tab because "(The man) who does [his] city finances is away this week." Nevertheless, Rossi had harsh words for the production saying, "Once again we have a career politician shamelessly wasting $15,000 of taxpayers' money on what pretends to be a report on the TTC." Stefan Baranski, a spokesperson for Smitherman, added, "I'm surprised it wasn't narrated en francais given the thousands of dollars taxpayers have paid for Adam Giambrone's French lessons this year." Interestingly enough, the Star's report didn't include any critical comments from the Pantalone camp. A head-scratcher, indeed...

And speaking of the TTC, it wants money from the federal government -- $2.7, to be precise. The Commission claims that $1.5 million in revenue was lost due to decreased ridership on the Saturday of the G20 summit, when riots erupted and TTC was forced to shut down. Another $1.2 million went to staff time, mostly overtime pay associated with streetcar delays and buses shuffling police officers around Toronto. The report by TTC chief general manager Gary Webster (sadly, it cannot be found on YouTube) says the TTC lost 658,000 rides during the summit.

The few people who have actually bought 3D-capable HDTVs can now watch the Leafs' abysmal power play performance in 3D. Once. CBC will be broadcasting two Hockey Night in Canada games in 3D this season; Toronto's Dec. 11 game against the Canadiens and the Feb. 20 Heritage Classic between the Habs and the Calgary Flames. Don't you feel good about that purchase now?

Controversial former British MP George Galloway is scheduled to visit Toronto this weekend. Galloway, who has been barred from Canada over his defiance of Israel's Gaza blockade and alleged support for Hamas, will give a brief news conference at the airport Saturday night and a public address downtown on Sunday.

Photo by Tyrone Islington Photgraphy in the blogTO Flickr pool.