The most striking result of a CTVGlobeMedia-commissioned mayoral election poll is not that occasional foot-swallowing penny-pincher Rob Ford is in the lead -- it's that nearly 40% of the electorate remain unsure who they'd vote for. If I'm John Tory or David Miller, the gears in my head are turning perpetually and preventing me from sleeping. None of the declared candidates seem to be striking a strong cord with Torontonians.

Why not stall and let animal control work with tranquilizer darts? Two dogs were shot and killed by police in a Mississauga neighbourhood this weekend, presumably before animal control arrived. The pair of English terriers were collarless and intimidating kids and getting aggressive, forcing police to make the tough call to take them out in the interest of public safety.

How does a Forest Hill house party for youths celebrating the end of the grade 8 school year result in the death of a 17-year old? That's what police are trying to figure out. The city's 20th homicide victim was the result of an altercation and stabbing, perhaps after a group of older teens tried unsuccessfully to crash the party.

Here's a passive-aggressive and rather funny note that was spotted, photographed, and dropped in the blogTO Flickr pool by reader 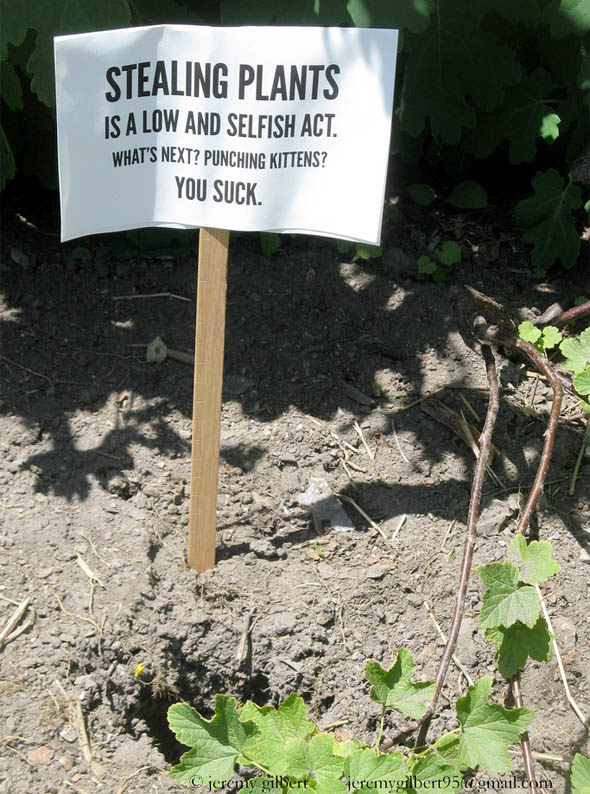 As I type, I'm watching the Netherlands and Denmark first round battle from South Africa. It's live on TV, but it's also live online and on cell phones, and available on demand after the fact on all three as well. And it's all happening before and during our work day here in Toronto. Rather than trying to fight it (and have workers sneaking viewing or playing hooky), some employers are incorporating the games into the workplace. One of the best solutions I've head about is to have the audio on in the workplace, and have a single TV available in a common area room. When a big chance happens or a goal is scored or a big penalty is called, staff rush in and catch a few minutes or the action, in spurts (rather than having their eyes honed on the action pretty much all day).

In Toronto sports news:
The Argos won their first exhibition game, beating Hamilton 13-10 via a last-minute field goal in front of over 12,000 fans. Have you noticed how many Argos' billboard ads are up in and around the city? Looks like they've upped their marketing efforts, and probably for good reason.

The Leafs are reportedly poised to name Dion Phaneuf captain, kinda by default.

It's not just the Jays pitchers who struggle at the plate in inter-league play. The team continues to suffer serious offensive woes, with a team batting average approaching last in the majors (at .239). The Jays continue taking on the NL, with a series in San Diego getting underway today.

Photo: "New board member" by PJMixer, member of the blogTO Flickr pool.