Some students at Scarborough's Cedarbrae Collegiate Institute are silently cheering the circumstances. Exams have been cancelled until further notice after a fire broke out in the school last night. A 20-year old man (who's not a student at the school) has been arrested and charged with break and enter and arson.

Despite his defence strategy (that suggested he was being set up by two fellow police officers), a veteran Peel police officer has been found guilty of possession of cocaine for trafficking after several bricks of fake drugs went missing during an RCMP-led international drug sting operation. What the cop didn't know was that there were tracking devices in the bricks, which led authorities directly to his Cambridge home.

It was a wild day in central and southern Ontario yesterday. After we got shaken but not stirred, a violent weather system ripped through the Midland area, causing minor injuries and a fair amount of damage to property. It certainly appears that tornadoes touched down. Environment Canada is investigating and will make official declarations today. 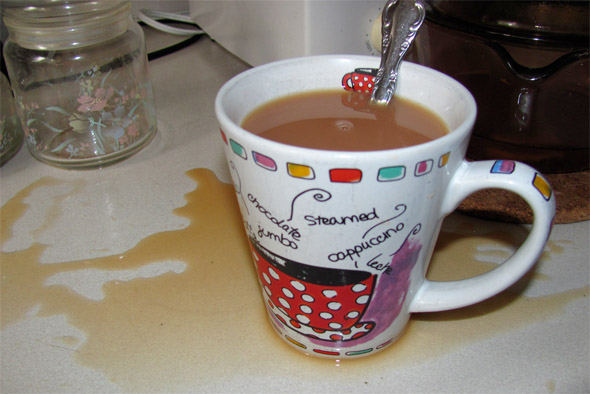 We survived the earthquake with little more carnage than spilt tea. Now that we're clear of danger, why not make some money from it? Within a few mere hours of the tiny tremble, various entrepreneurs delivered souvenir t-shirts, more t-shirts, and buttons online.

There's been a second arrest in what's being described as a G20-security threat. Earlier this week 37-year old Forest Hill resident and computer security expert Byron Sonne was arrested and charged with a slew of offences, and now a woman of the same age and address has been charged with possession of an explosive device and possession of a dangerous weapon.

Underwhelmed. That's the feeling that some journalists are reporting after getting a sneak peek of the $1.2million (or is it $57,000?) "fake lake" G8/G20 media centre. There's something fishy (pardon the pun) about the many pristine canoes too, which we were told were donated by Muskoka residents.

Lead photo: "The Lookout" by _Rashomon_, member of the blogTO Flickr pool.