Xococava, located down an unassuming pedestrian mall near Yonge and St. Clair, is not your typical fancypants chocolate shop. This is punk rock mad science chocolate. I'd been excited to check it out ever since I heard rumours that they have been making a chorizo sausage chocolate truffle . Meat desserts have been a bizarre trend in cuisine lately, but even then it takes a certain kind of insane confidence to mix chocolate and sausage in a bowl and then put it in a display case where people can pay money for it. I can get behind that. 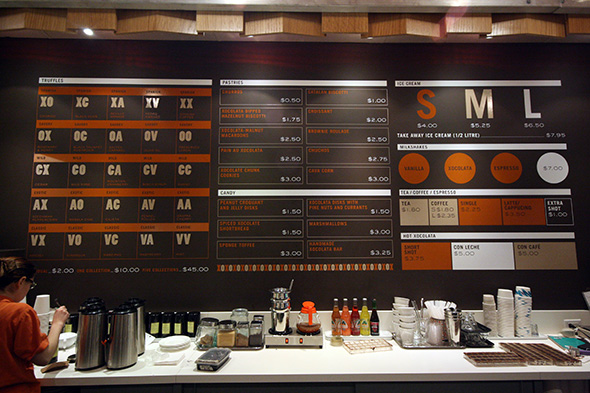 The menu looks like a stylish periodic table of the elements, and reads like a grocery list I might have written in the grip of a really bad fever - chorizo, rosemary and honey, cedar, Szechwan peppercorn, fennel pollen, black trumpet mushroom. These chocolates aren't cheap though, so I had to resist the urge to try one of everything and grab a deceptively plain-looking 5 piece sampler ($10) instead. 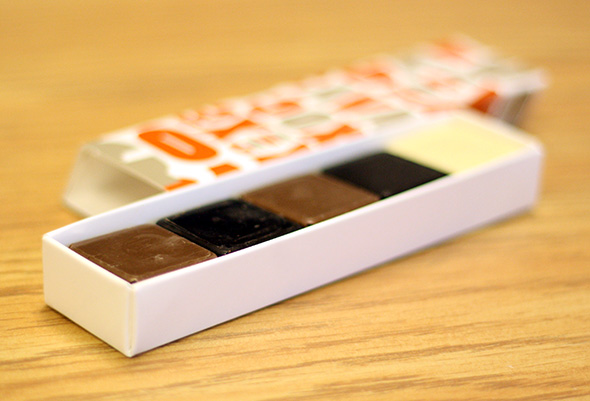 You can't push boundaries without rock solid fundamentals, and Xococava is clearly in the hands of a chocolatier who knows what's up. The chorizo chocolate was as smoky and rich as the name implies, and the first thing that came to mind when I ate it was a really peaty Scotch. After a few seconds, though, there is an unmistakable hit of pork on the finish. Good? Bad? I'm not entirely sure what I think, but it sure was interesting.

Earthy, fresh cedar chocolate was the definite winner for me, in terms of both novelty and execution. It managed to be herbaceous and sweet without tasting remotely like Pine-Sol. Highly recommended. Both the Szechwan peppercorn and salted caramel (their most popular flavour) were really good chocolates, but after the meat- and tree-based options they seemed a little tame by comparison. White chocolate-based preserved lemon was a smooth and refreshing way to finish off my sampler.

They also make a thick sipping chocolate which can be served straight ($3.75), con leche (i.e. traditional hot chocolate, $5), or con cafe (mixed with coffee, $5). Again, it ain't cheap by hot chocolate standards, but it is a definite step up in quality from the powdered stuff - semisweet, dark and rich. 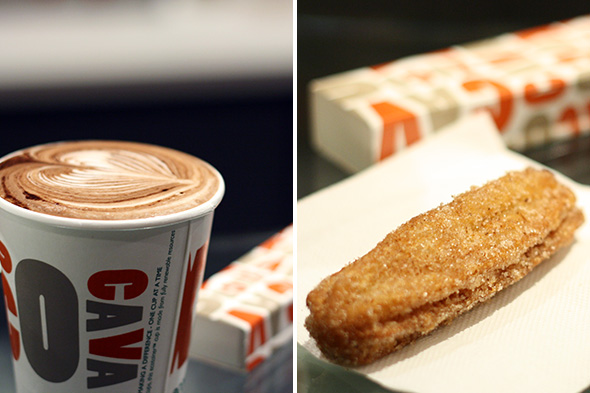 Xococava also serves pleasantly cheap churros ($0.50), which were unfortunately cold when I got to them. Still, they were tasty, and I get the feeling they'd be great if you happened to get there as they made up a fresh batch. 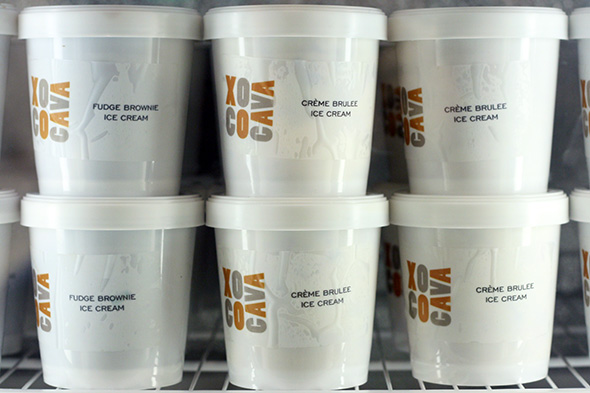 There's also a selection of candy, pastries and ice cream available for those whose sweet tooth isn't satisfied by meaty chocolate.

It may be pricey, but the creativity and skill on display at Xococava make it worth a trip for chocolate fans and curious foodies alike. 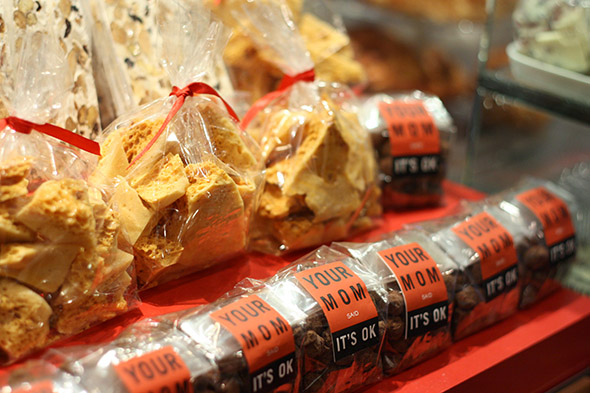 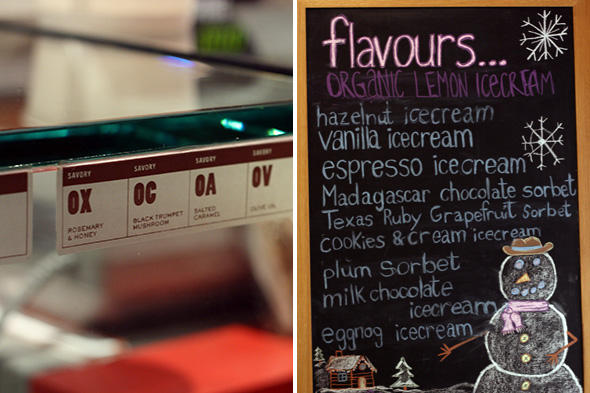 Writing and photos by Bryce Daigle.