Soloway's Hot Dog Outlet has been located at 79 Richmond Street East for the past 18 years. You've probably walked by it numerous times without ever giving it a second glance.

At least I have, but no longer.

I stopped by and met Boris. He's been running the place for nearly two decades and boasts about how he works seven days a week - that's how passionate he is about the business. But selling hot dogs isn't always easy in Toronto, especially during the winter months. 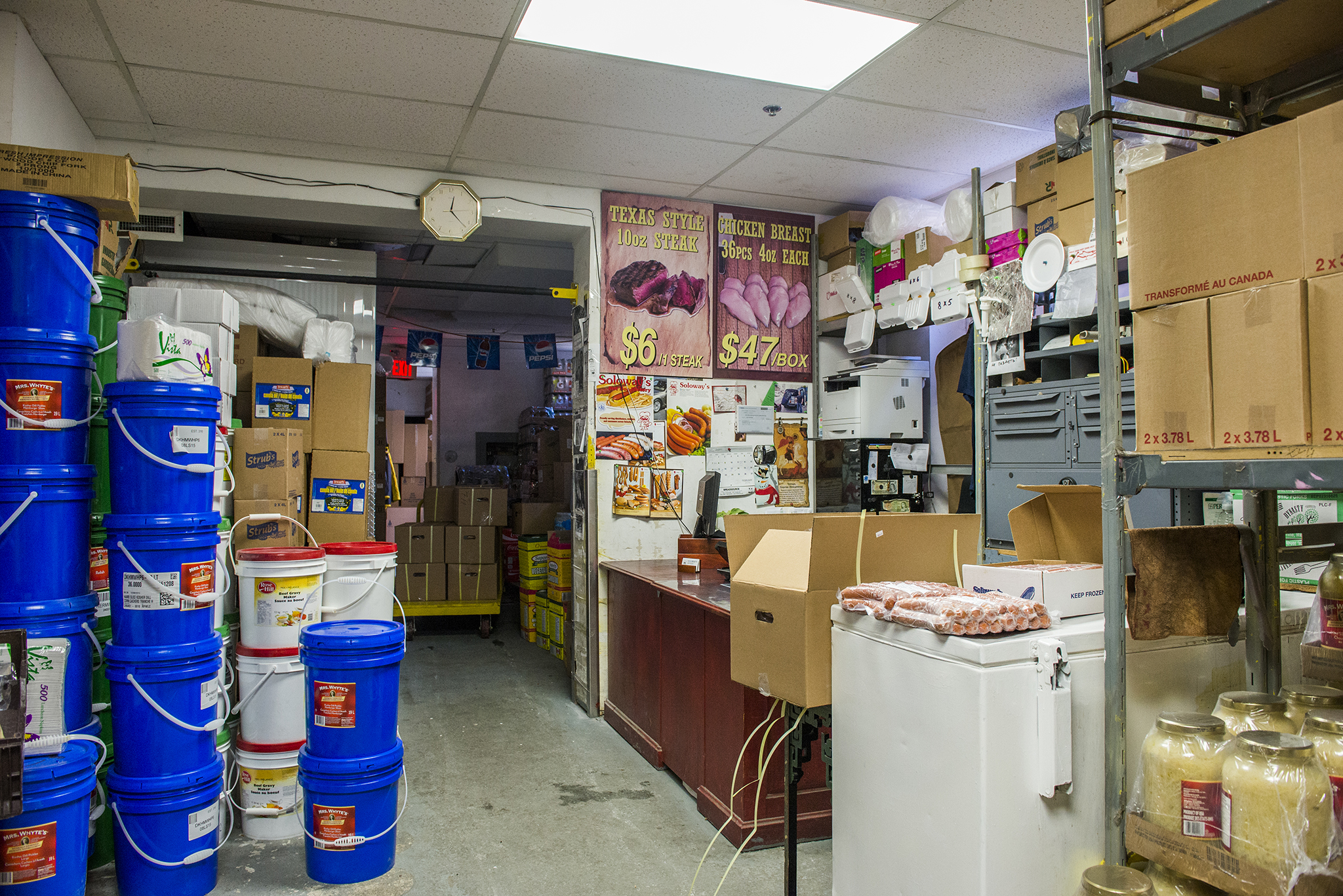 That's why he looks forward to summertime and more specifically, baseball season. When I visit in February, he already has a printout of the Blue Jays' 2016 schedule on his desk. 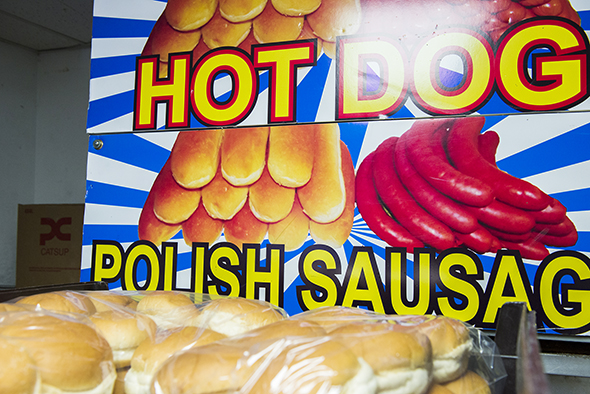 Boris, who's originally from Russia, started selling hot dogs when his friend took over Soloway's about 20 years ago. The Toronto-based company dates back to 1927, but there's been some ownership turnover since then. 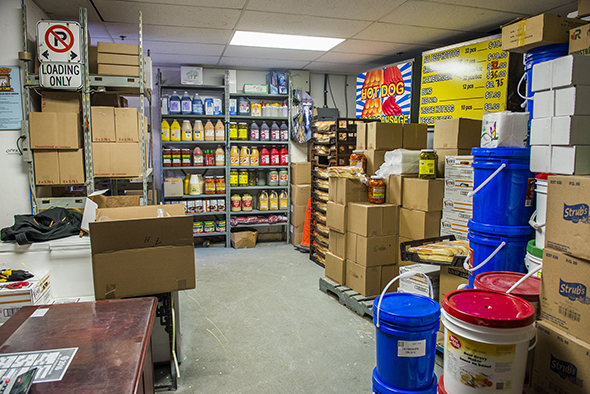 Boris used to work out of Kingston and later moved to Toronto in search of a bigger market. Now, he sells to hotdog vendors and food trucks. He also supplies 'dogs, sausages and hamburgers to charity picnics, City of Toronto events and various hockey arenas.

"Vendors are not enough anymore," he says, noting how there's fewer places to grab street meat in Toronto. "I changed the approach."

The Soloway's Outlet on Richmond sells hot dogs, a variety of sausages (including Polish, spicy Italian and Oktoberfest) and hamburgers, which are all made at the Soloway's factory in North York. 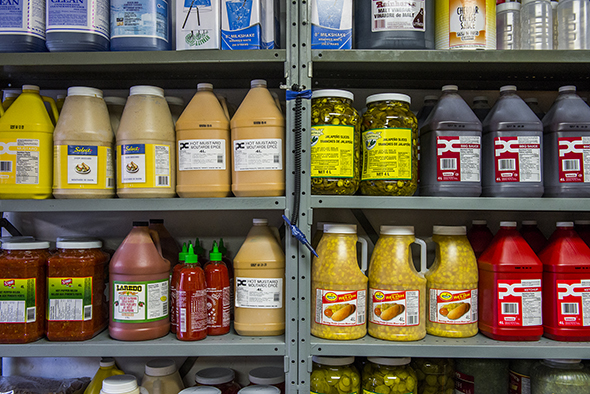 Don't despair if you're not a restaurant owner or hot dog vendor; the 1,100 square-foot space is also open to the public, meaning anyone can waltz in and pick up all the supplies necessary for kick-ass summer barbecue.

For instance, you can grab 32 all-beef hot dogs and buns for $20. Non-meat eaters will be happy to note that Soloway's also sells veggie dogs. 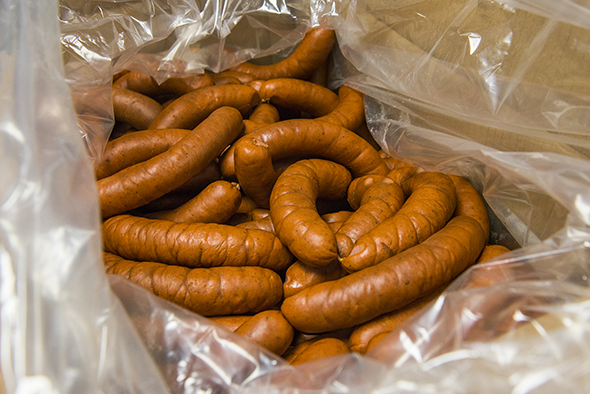 Boris keeps most of his products inside a walk-in freezer, but he gets a fresh delivery while I'm visiting. It includes a huge box filled with applewood smoked sausages that just got out of the smoker. They smell like baseball games and BBQs, and I wish it was summer already. 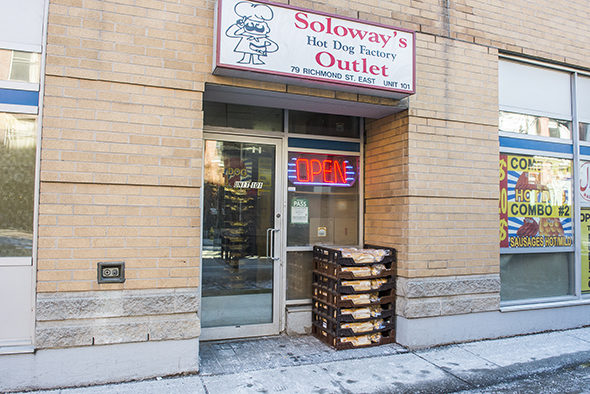