Besides the meat that comes entirely from Canada and is delivered fresh every day, the shop also stocks seasonings and sauces, rice and noodles, fresh bread, frozen fish and blocks of cheese on its shelves. 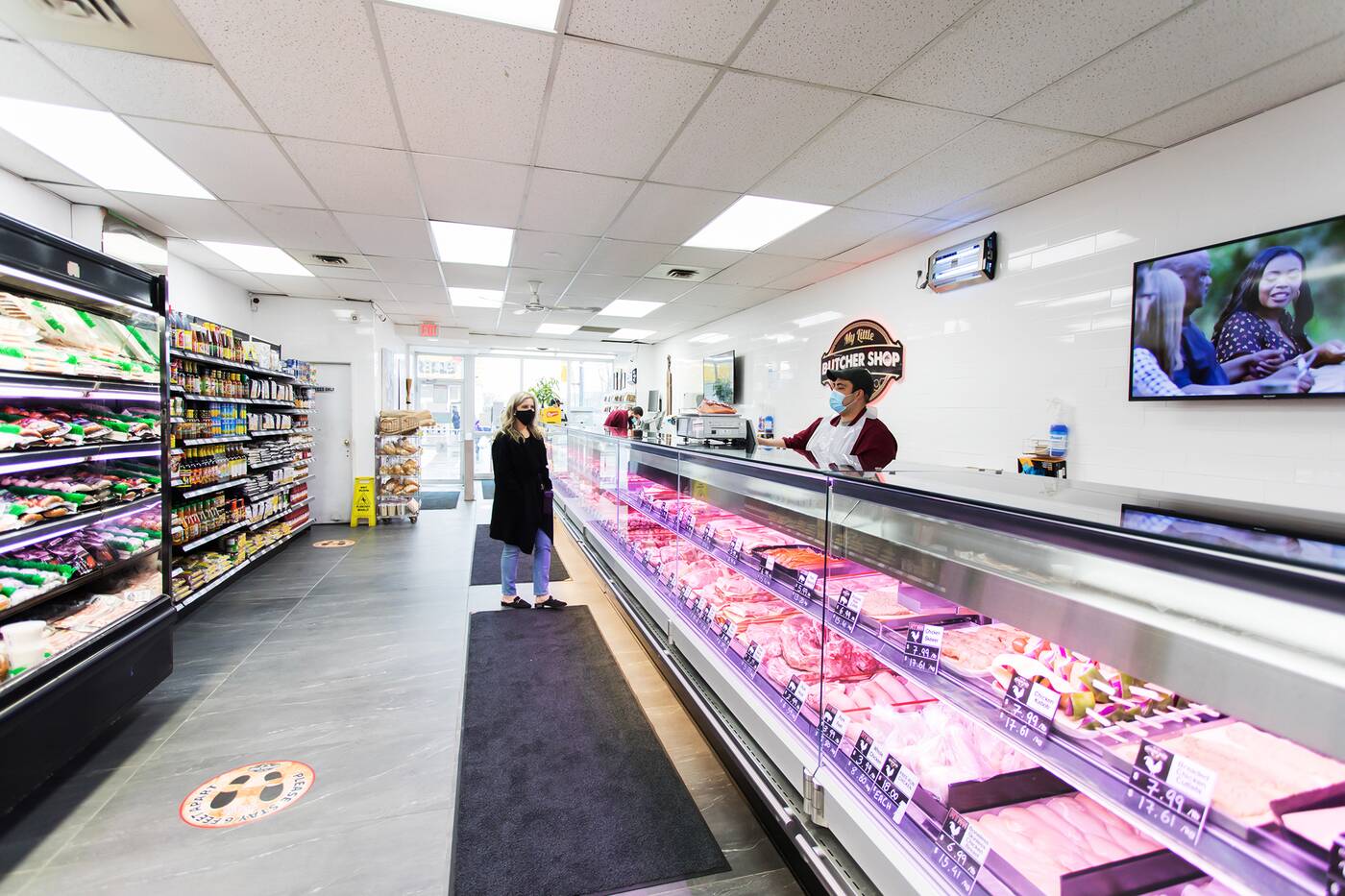 Having gained his expertise as a butcher at various supermarkets over the years since the young age of 14, the owner Kurt Konietzny does all he can to make sure that his neighbourhood shop doesn't feel like a large grocery chain. 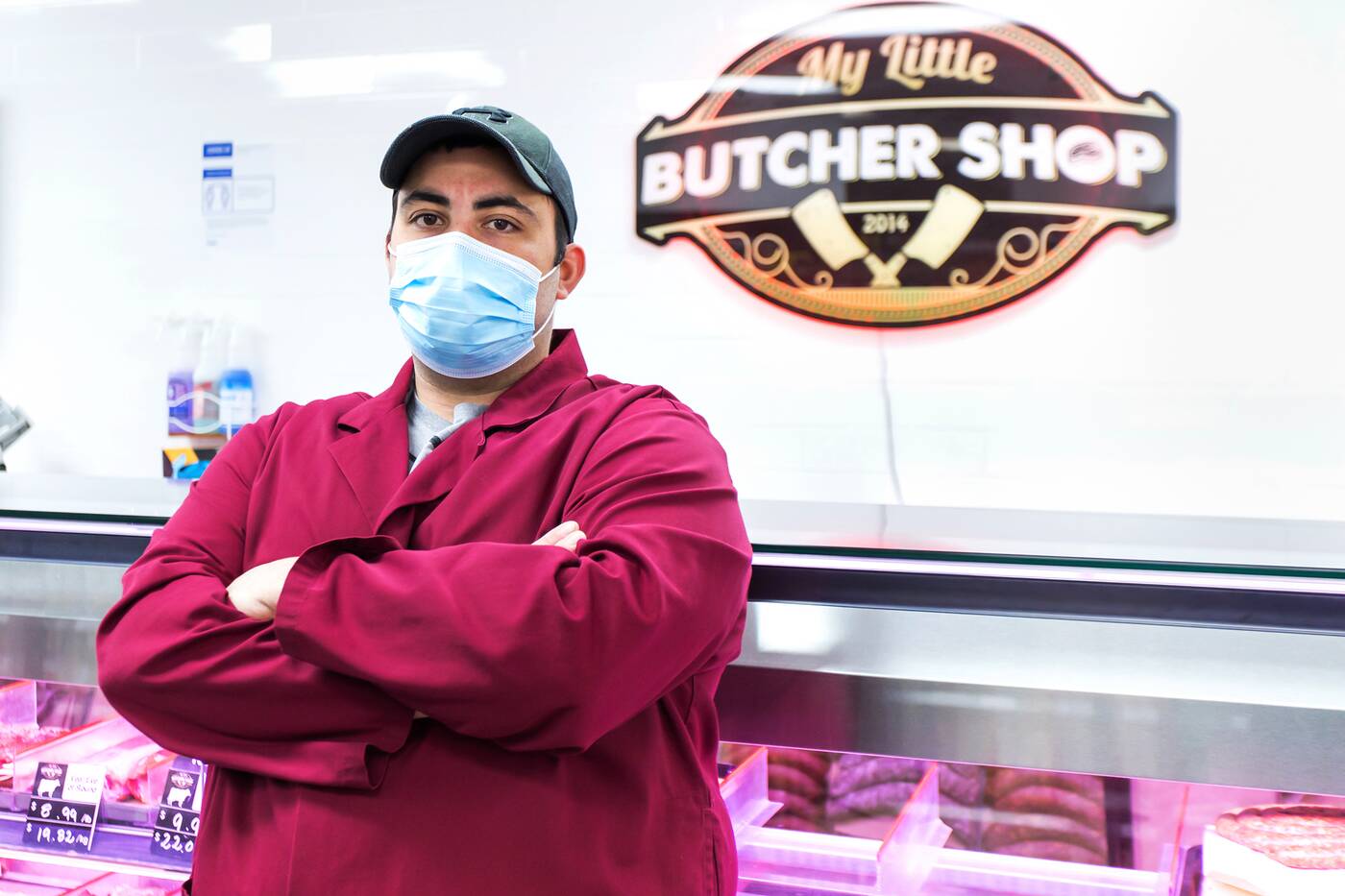 Most of those who walk through the door of the store on Eglinton West have been here before and are known by name. If it's your first time inside, it won't take long to be met with a warm welcome from 29-year-old Konietzny, or one of the other friendly staff. 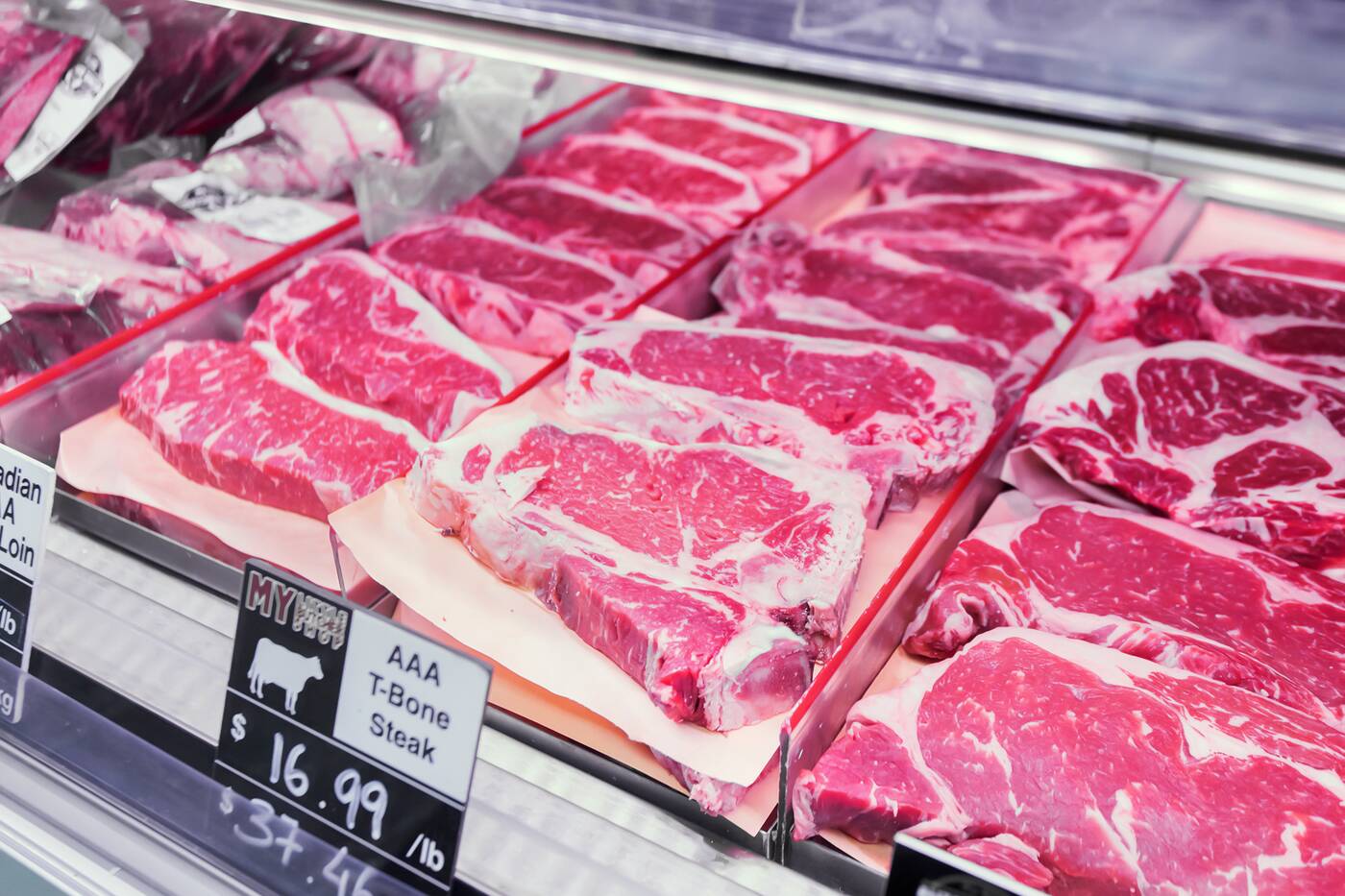 Although the store is too small for the meat to be dry-aged, some of the highest grade beef around can be found behind the counter with most of the steak cuts, ranging from T-bone, ribeye, strip loin and top sirloin, falling within a triple-A grade or higher. 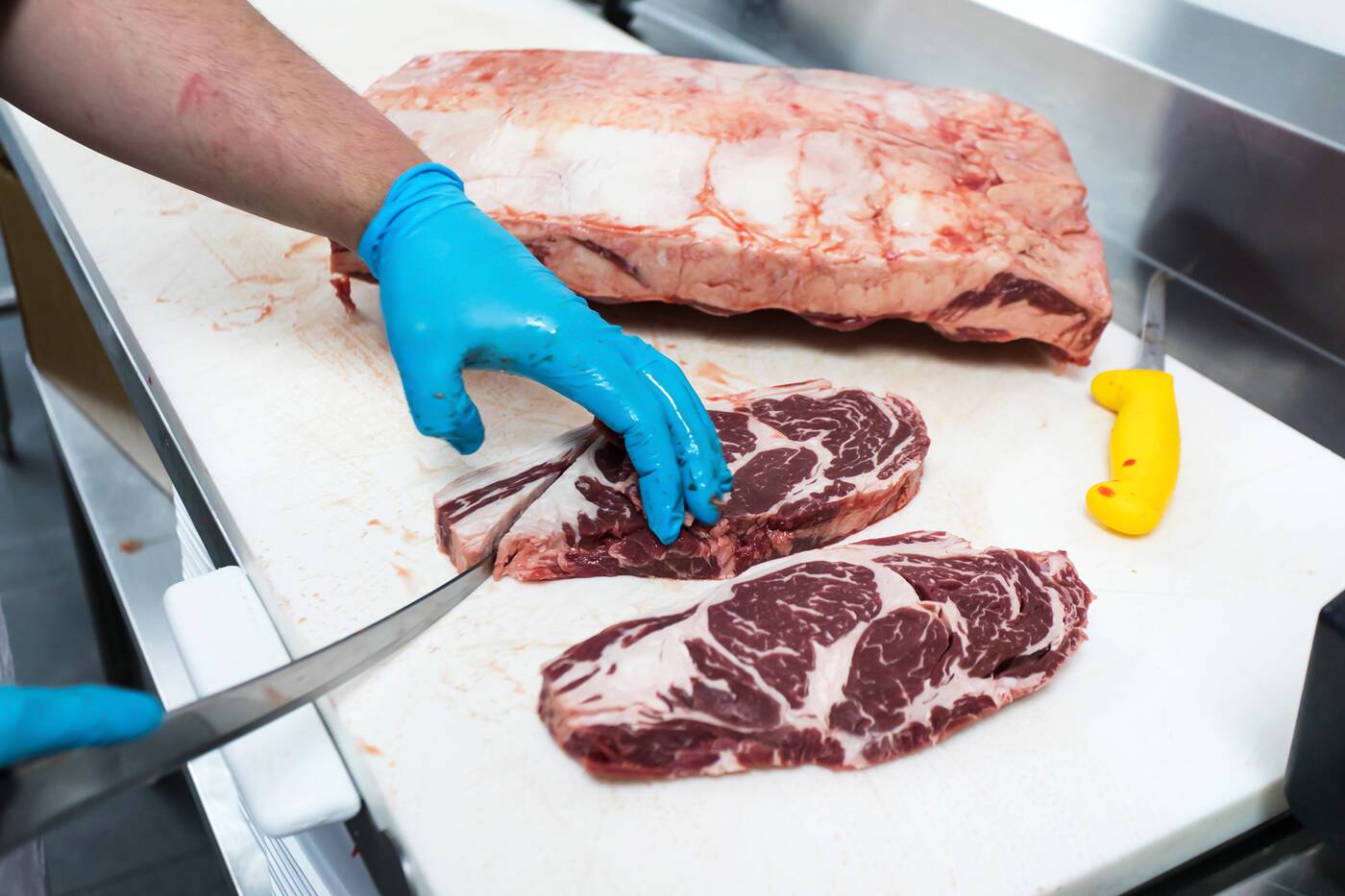 And unlike some other spots that will charge a premium for custom cuts, Konietzny and his team happily do so for free. First, pick out what you'd like from the display and then let them know how you'd like it to be cut. 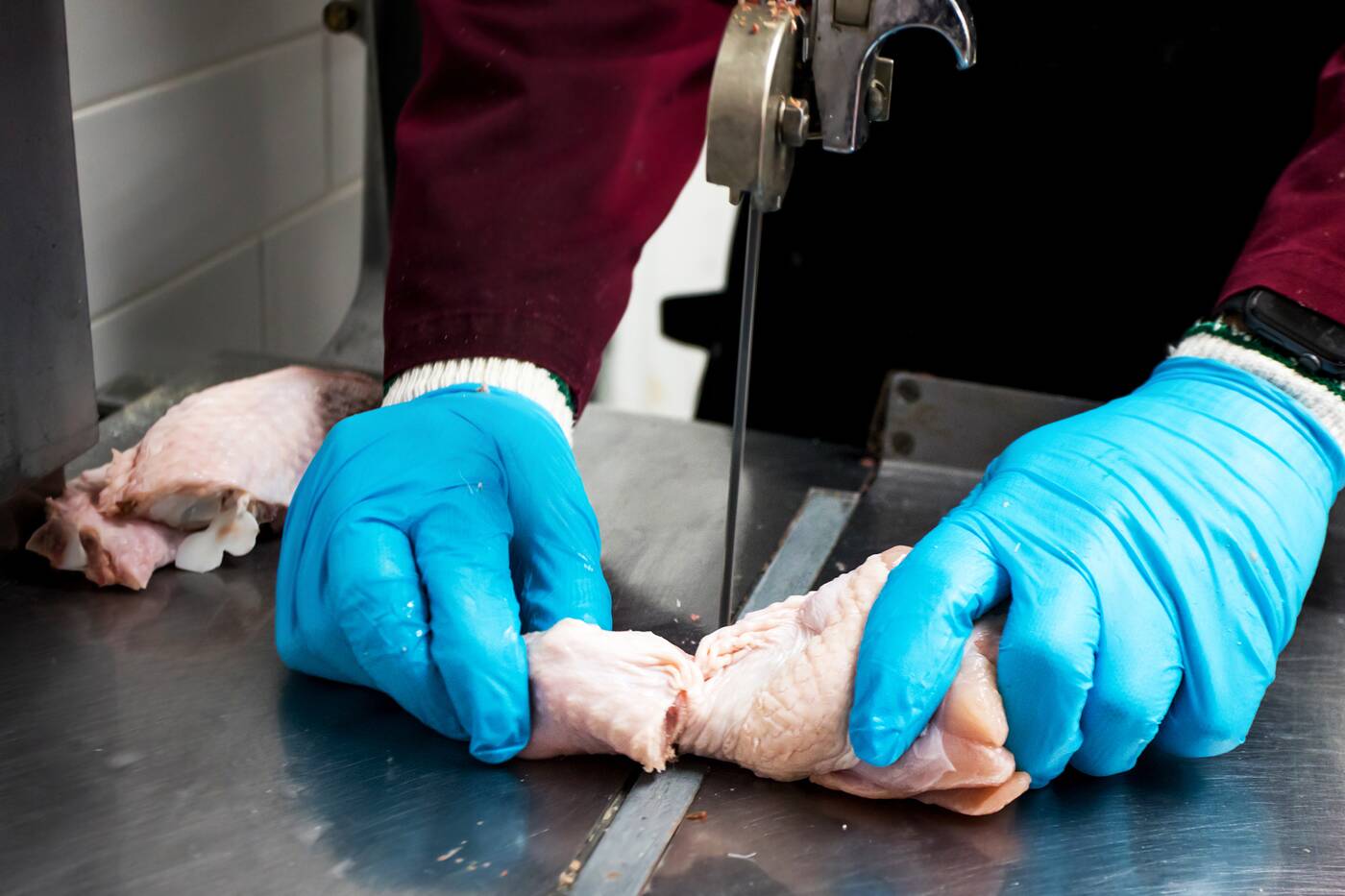 It's all done right in front of you by either a knife or saw that can cut through a thick turkey neck or wing in one quick go. 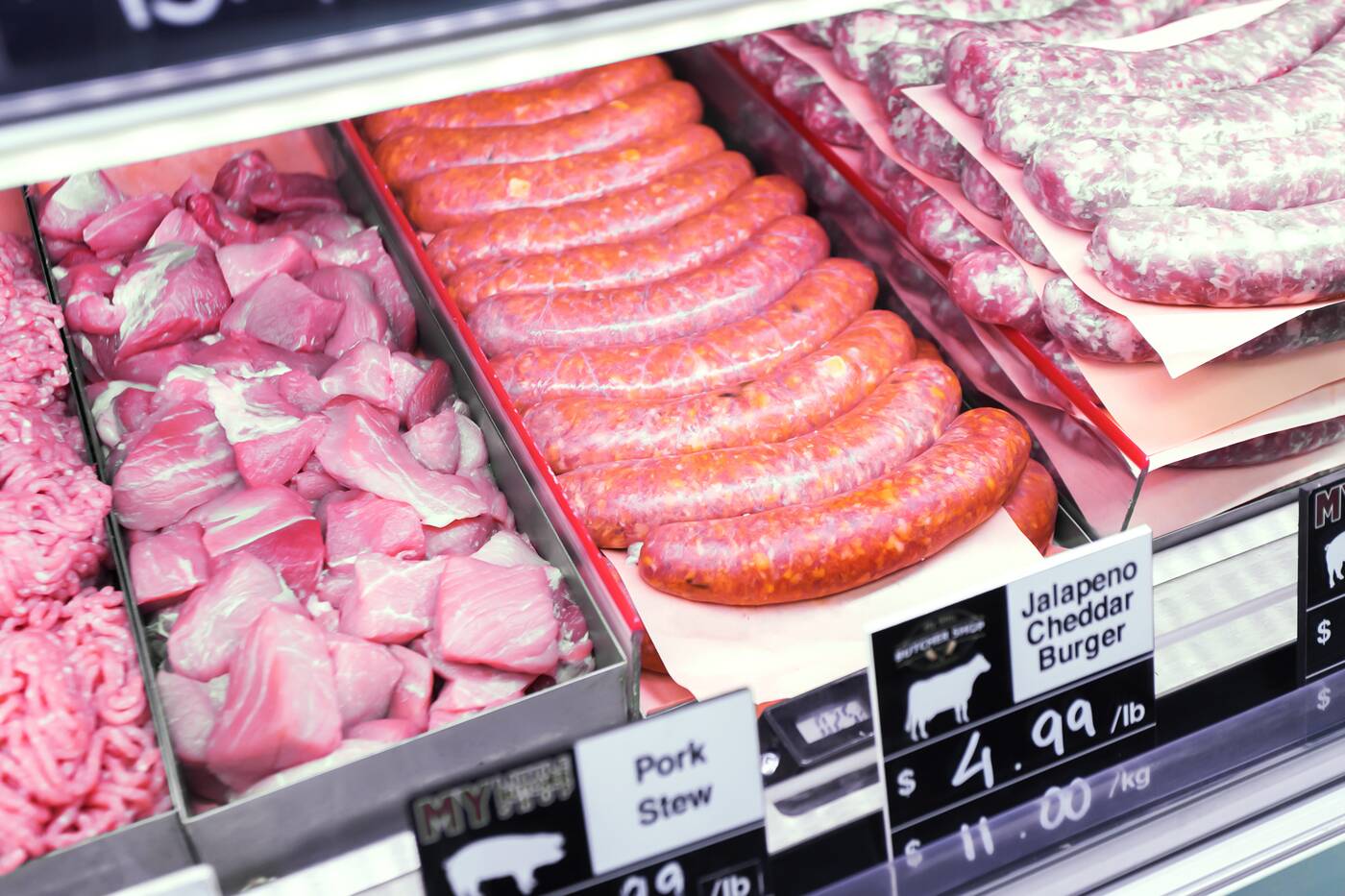 Other options behind the counter include six different types of sausage including mild Italian, hot Italian, honey garlic, Spanish chorizo, Barese-style and jalapeno cheddar. Konietzny tells a customer he's helping that this is one of the most popular. 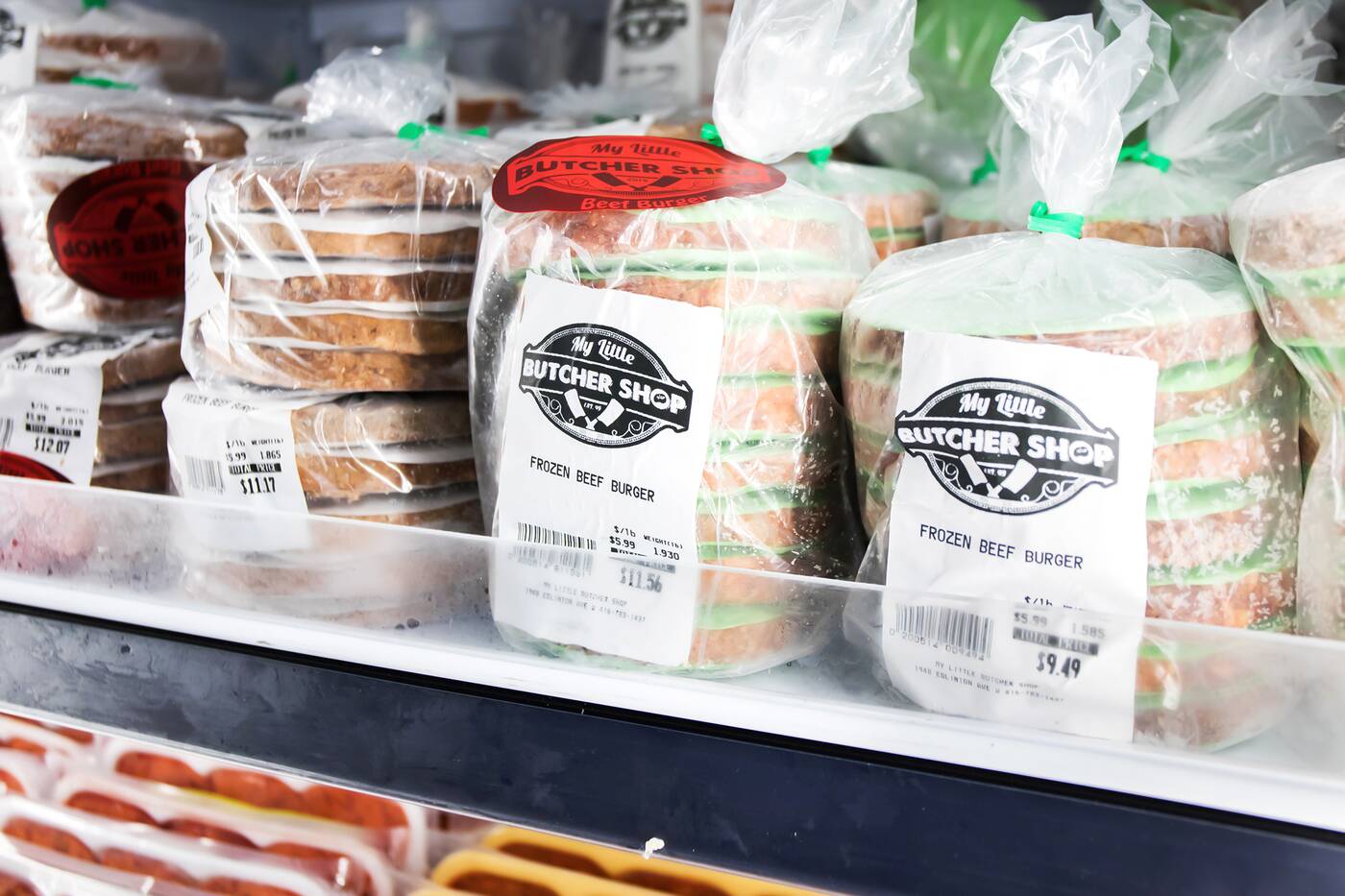 There are also pre-made pork, beef and chicken kebabs with onions, tomato and peppers or frozen beef burgers that are ground and formed in-store. Pop either one on the grill and you have a delicious dinner with barely any prep required. 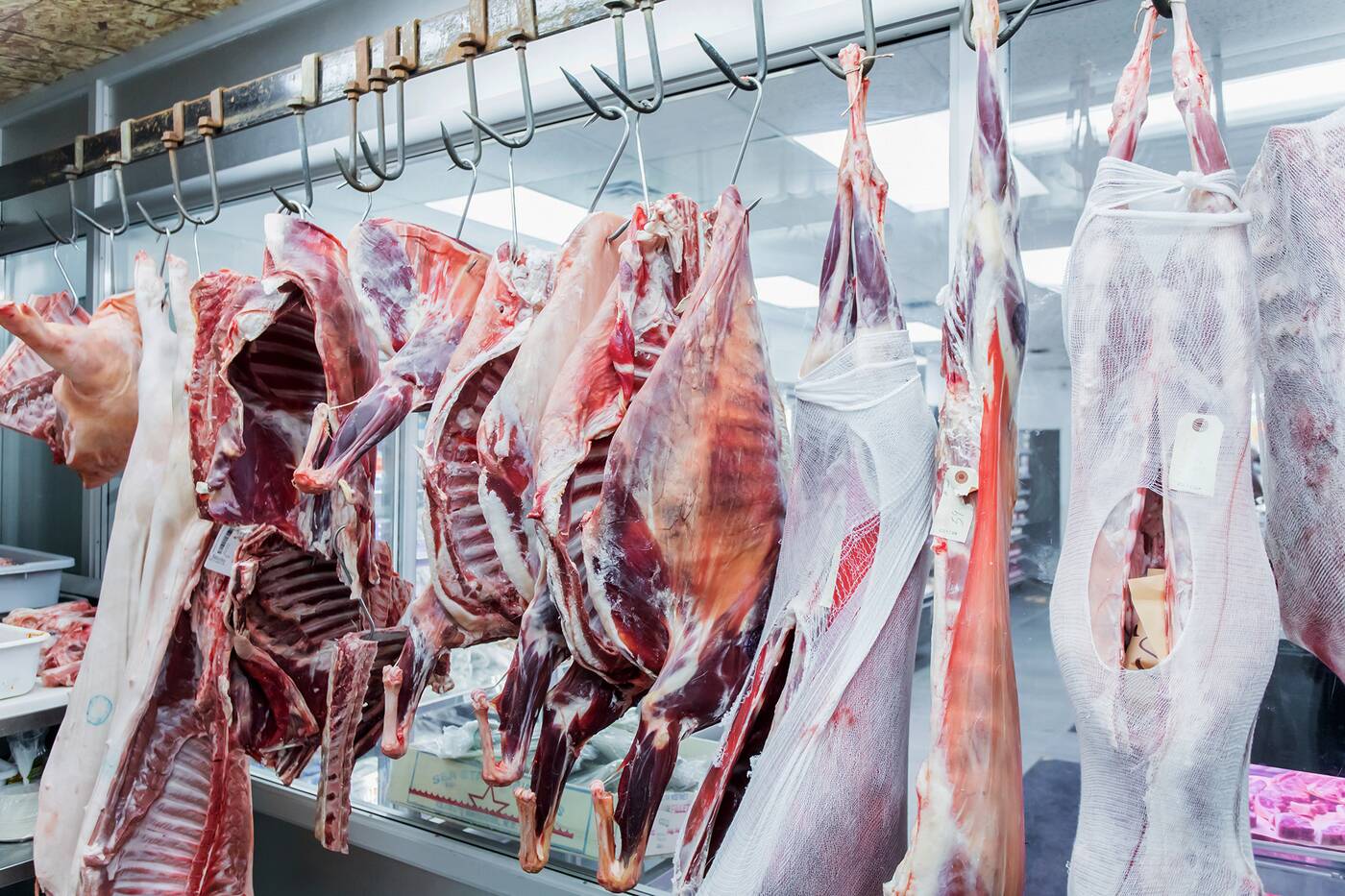 Visible through a window on the back wall of the store, goat, lamb and pigs hang from the ceiling in the back freezer.

Something Konietzny prides himself on is being transparent about the type of meat he's selling. Mislabelling lamb as a goat would be a crime in his mind though this apparently can be common practice in grocery stores with most customers not being able to tell the difference. 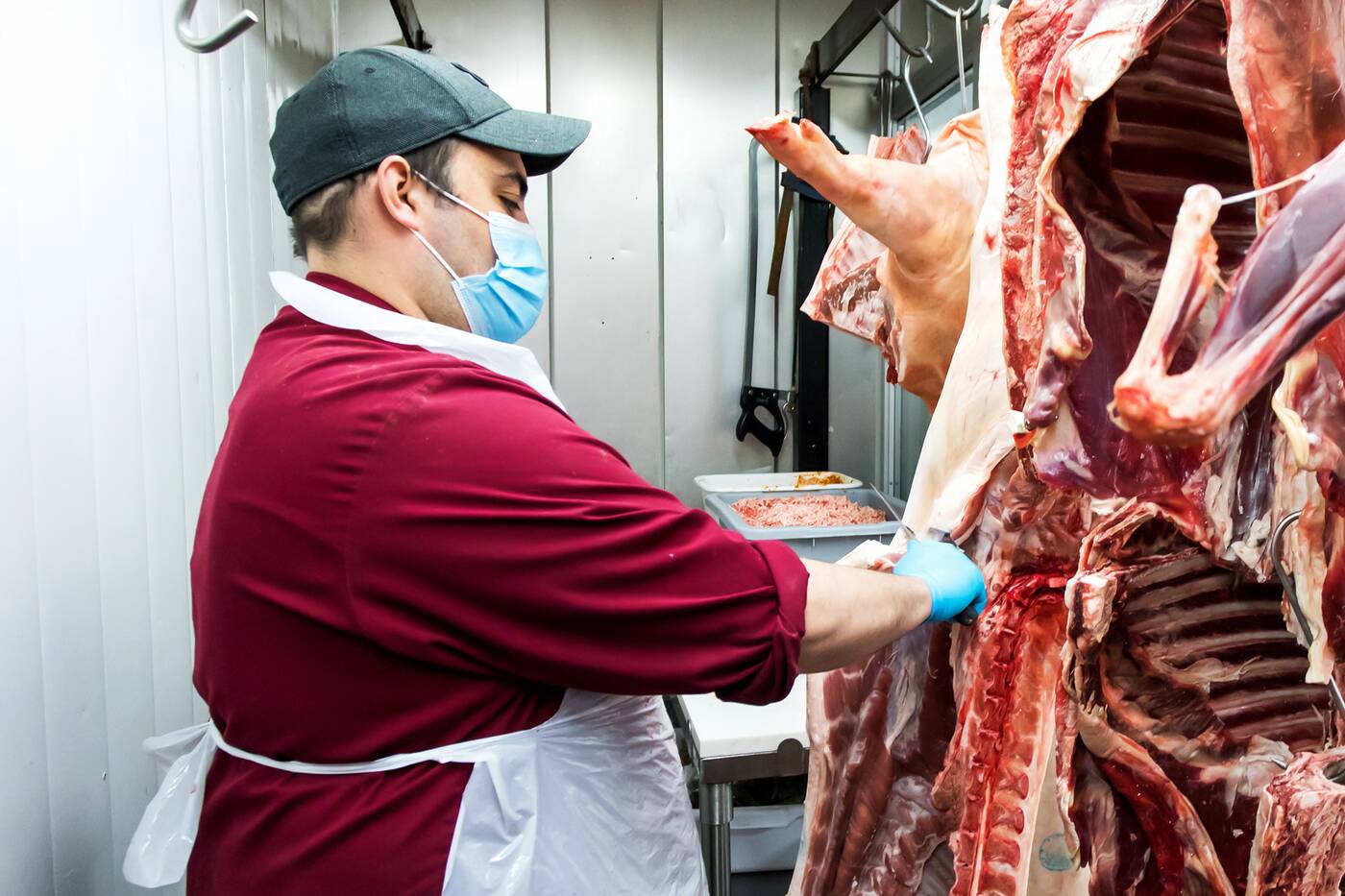 With the goats coming from a local farmer in Waterdown, Konietzny will take requests for entire goats or lamb, expertly cutting the full animal for one individual order.

Konietzny has learned all he knows about meat cutting from the best of the best, European butchers who've been in the industry longer than he's been alive. He's currently in the midst of passing on his knowledge of the trade to a 24-year-old cutter-in-training. 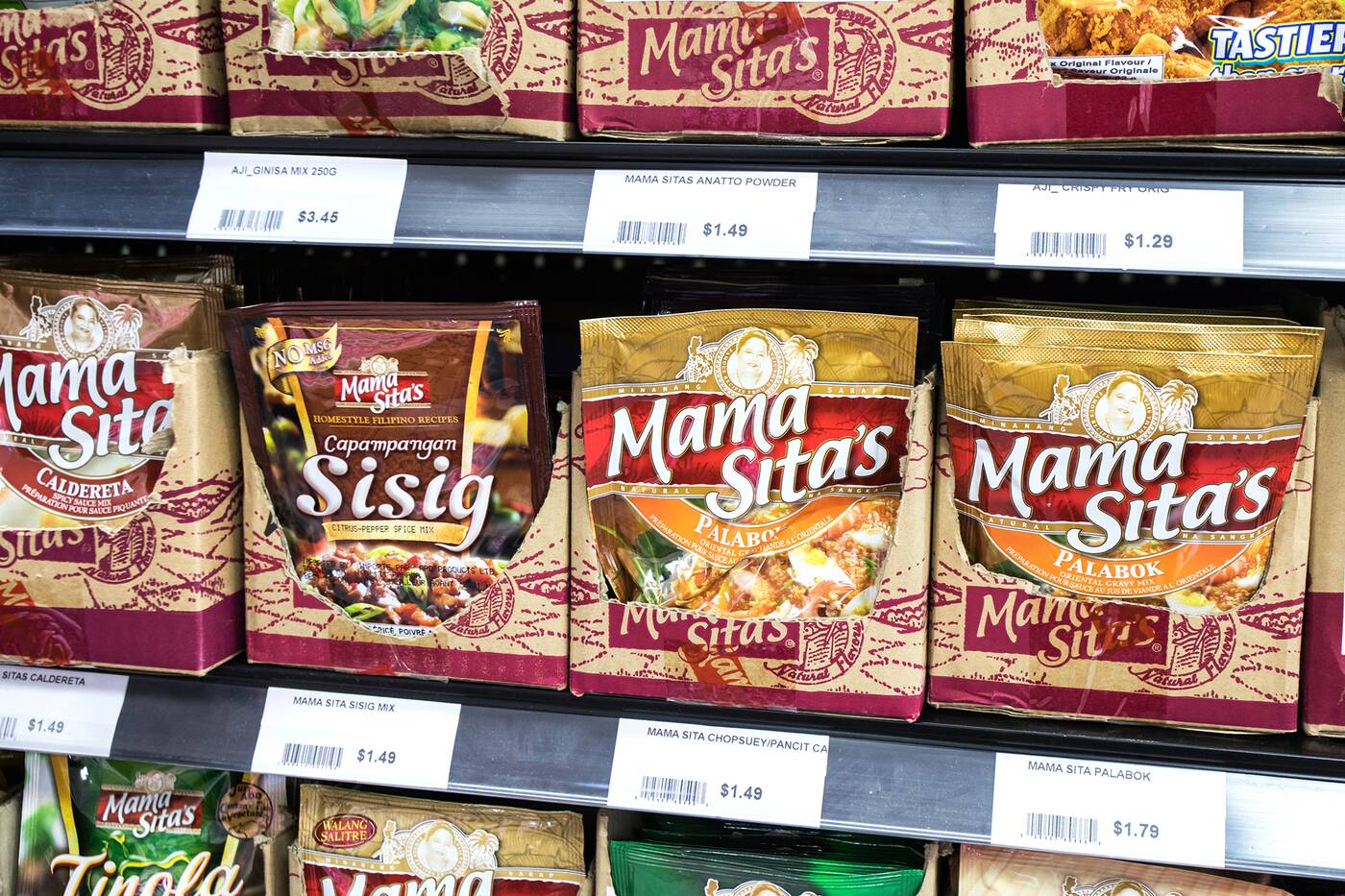 For further assistance in making the flavours of your freshly-purchased meat really pop is a full section of Mama Sita's seasonings and UFC sauces and marinades. Found across from the meat counter, the two brand names are inspired by Konietzny's wife's Filipino background. 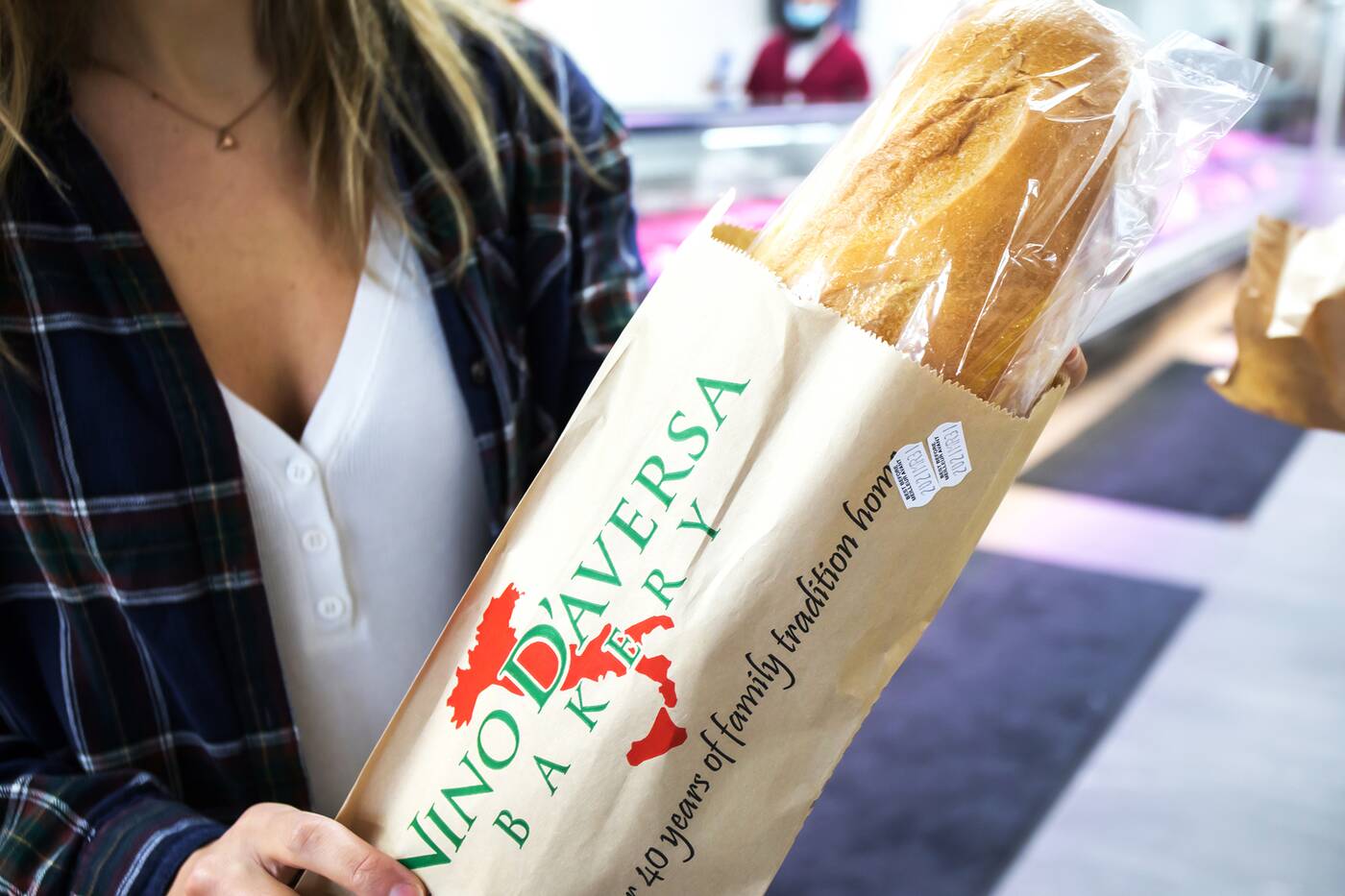 Next to the grocery section is a selection of fresh baguettes, buns and bread crumbs from the local Nino D'Aversa bakery. 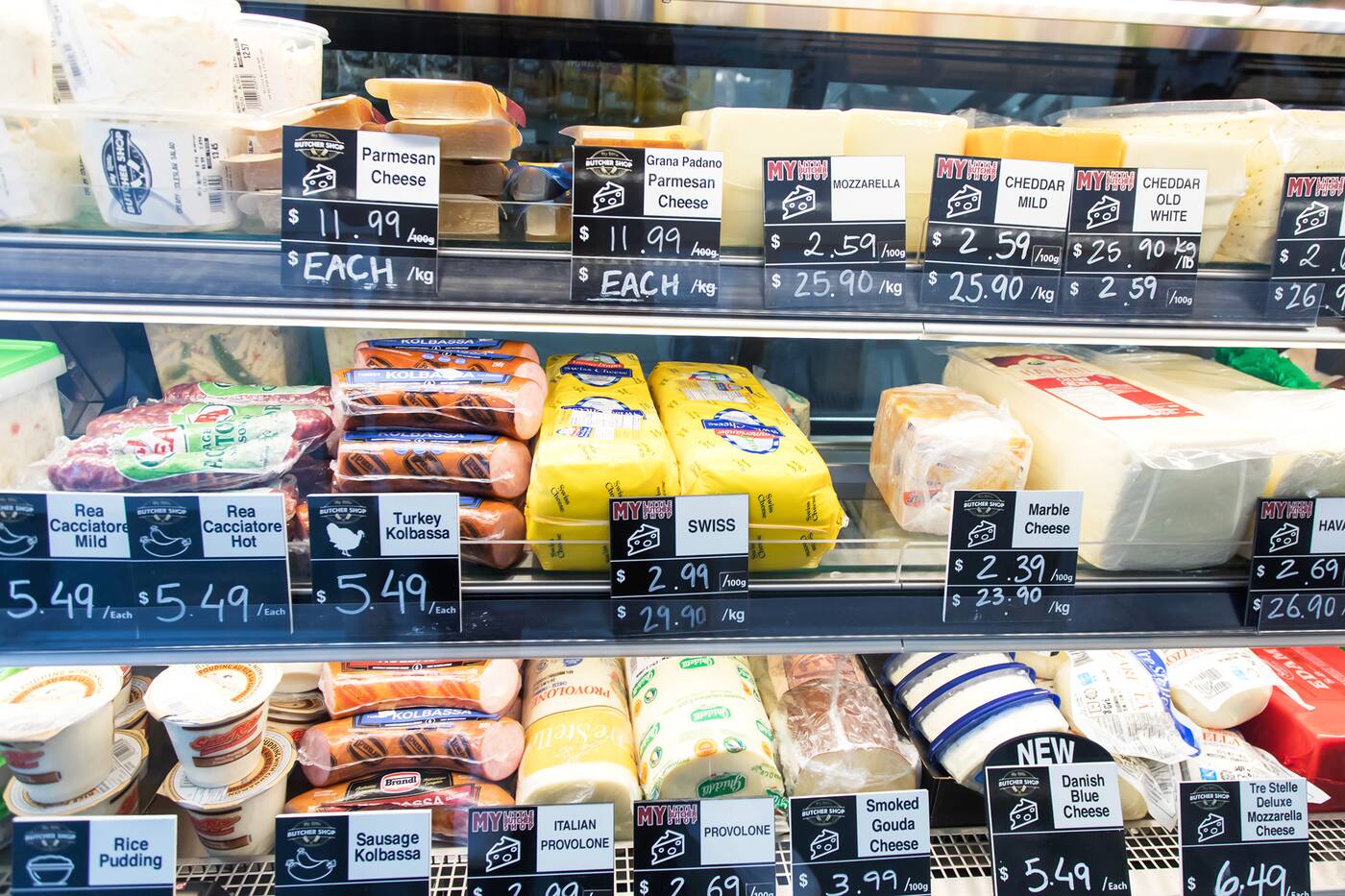 The storefront in Oakwood Village, which was Westside Butcher Shop Inc. before it was My Little Butcher Shop, draws in locals of the area for meat that's high in quality and other grocery items. 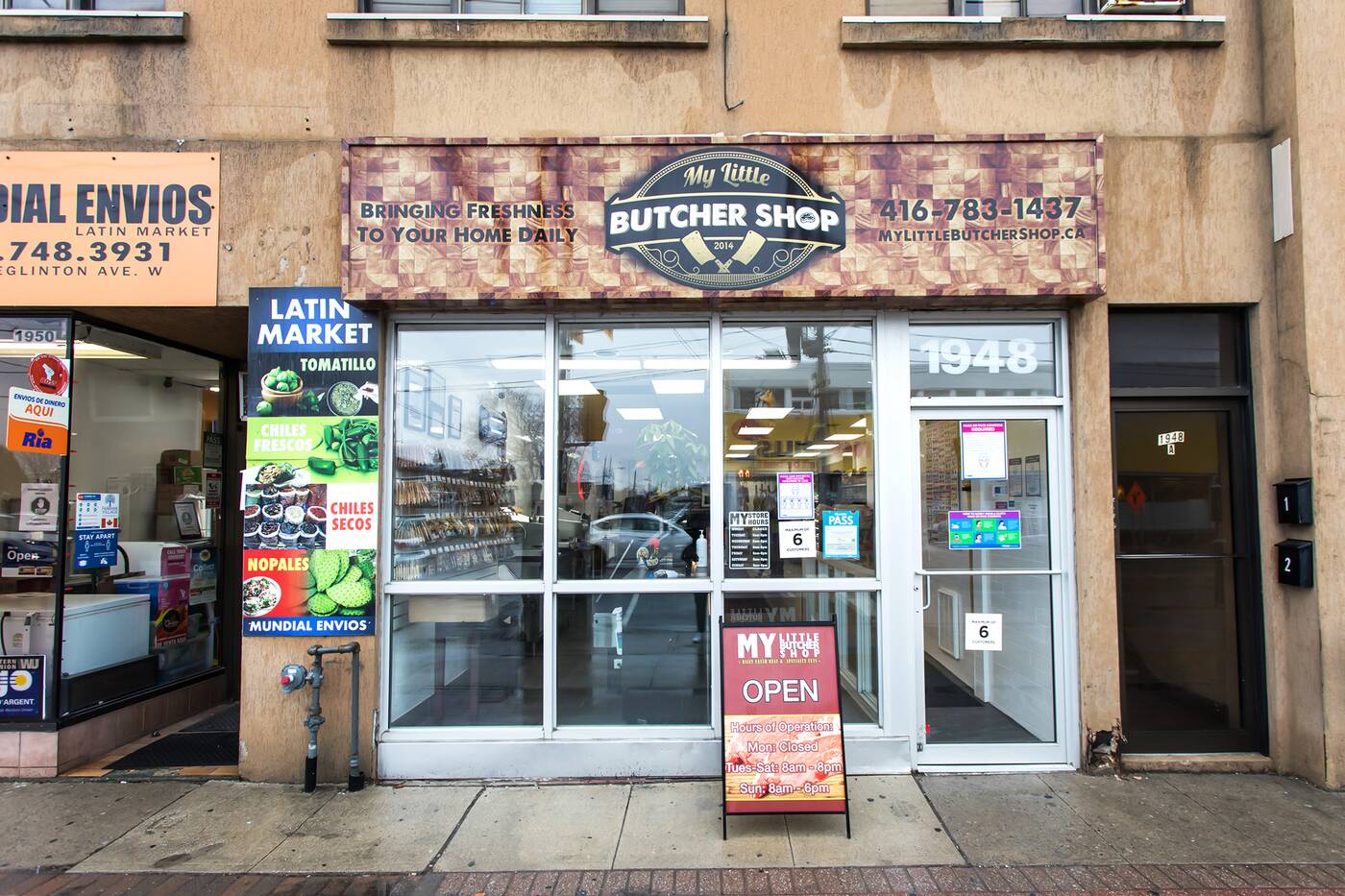