Marche Istanbul is a Turkish grocery store in an unremarkable strip mall by Lawrence and Dufferin. I'm sure I've passed right by this store countless times, yet I've never much paid attention to what was inside. So when I did venture in for the first time, I was surprised (and honestly, felt a little sheepish) to find a bustling little shop filled with all sorts of Turkish goods--a sort of hidden treasure of imported specialties you'd be hard-pressed to find anywhere else. 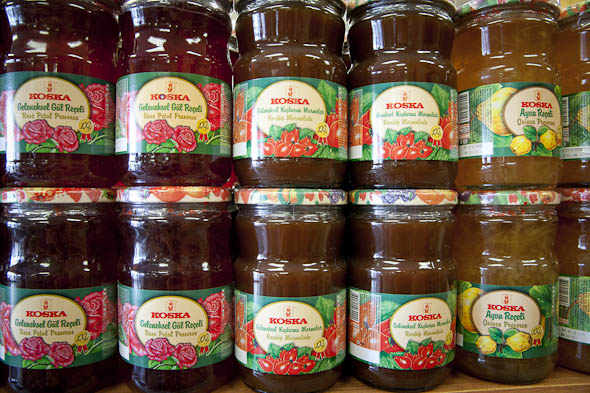 Marche Istanbul first opened in Montreal before opening a second shop here at this location in Toronto. "About two decades," the store clerk answers when I ask him how long Marche Istanbul has been in the city. "Yes, about two decades, but you'd have to ask the owner for sure." The owner, a man by the name of Kamil, is not at the shop when I stop in, but the staff member fills me in on the basics of the store. 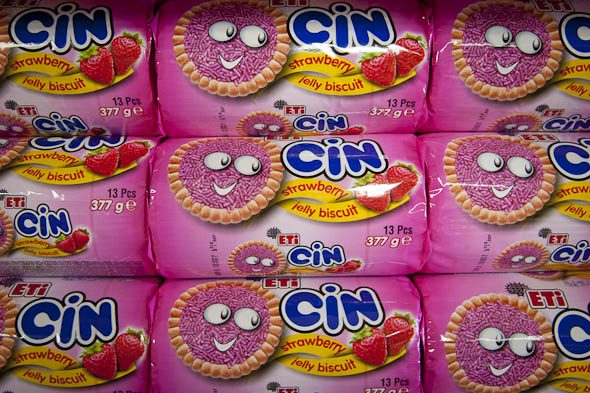 "Everything, everything is from Turkey," he says. "We have sweets, cooking supplies, lots of jams," he says, stocking a shelf with some jars. "Basically, everything you'd need." 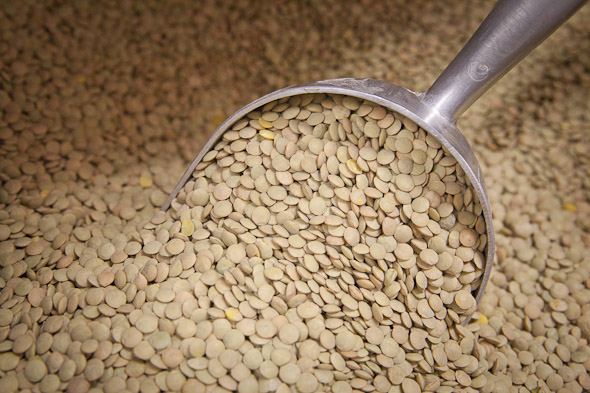 And indeed, perhaps there's everything you'd need if you know what you're looking for, but since I was just getting acquainted with the unfamiliar items at Marche Istanbul, I took a little time to explore the goods. One thing I quickly came to learn is that olives are big--very big. Marche Istanbul has all sorts of them, including many oils and massive tubs of black olives (with handles, for easy carrying) selling for around $75. 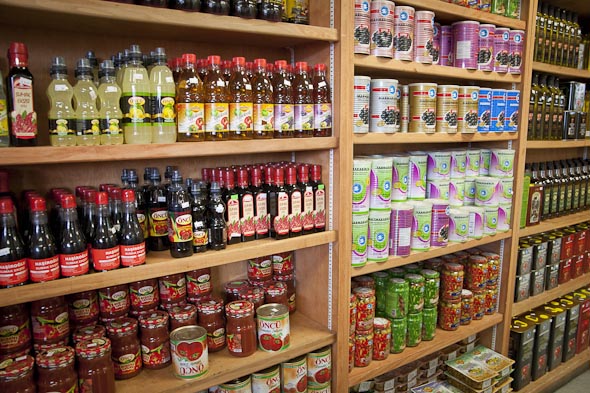 Next to the olive area is the kitchen and deli counter, which, I'm told, usually offers simple prepared Turkish items. Perhaps I've come on an off day, however, because the spread then looked rather stark. The shop is not lacking in bulk goods, though. I explored the bins of imported dry goods, which included things like unground Turkish cloves (18.99/kg), rubbed Turkish mint (19.99/kg), coarse bulgur ($1.99/kg) and fine lemon salt ($8.99/kg). And Turkish delight, of course. 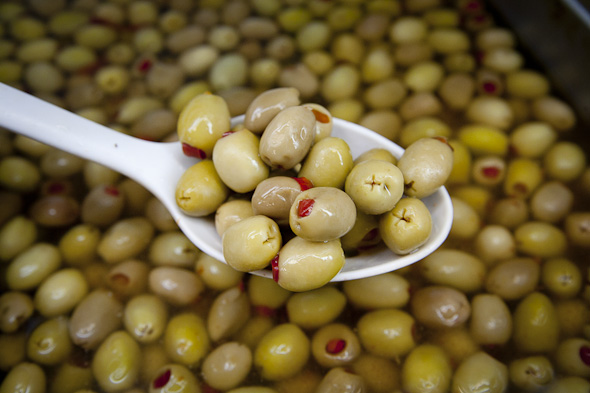 But beyond the edible items, Marche Istanbul also imports housewares, beauty items, and other miscellaneous goods. The hookahs were no strange sight to me, but I took time examining the Arko shave stick and shelved brass instruments, which, the clerk told me, are actually a kefir mills. And though I don't think I'll be grinding my own kefir anytime soon, or cooking an authentic Turkish meal, for that matter, it's nice to know that I'll know where to go if the cultural urge ever strikes me. 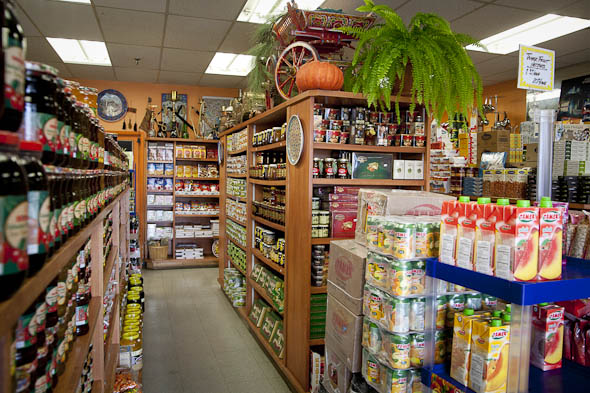 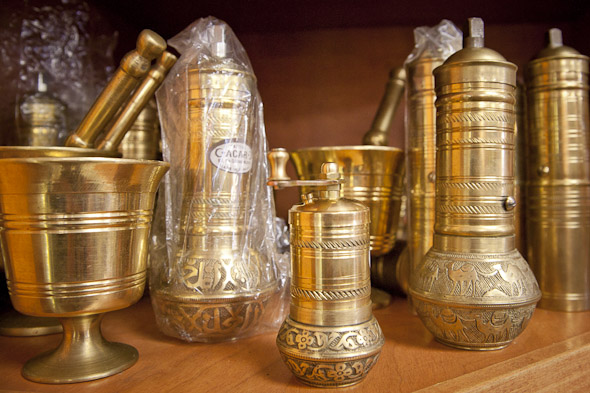 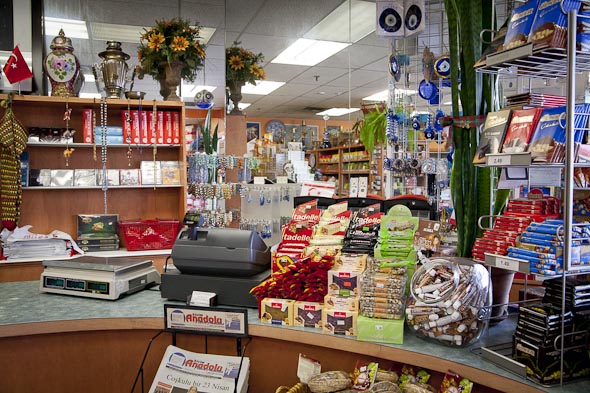 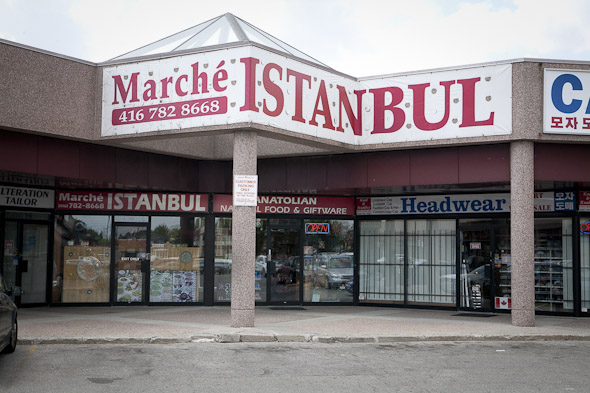