A maximum of six people are allowed at a time. Masks are mandatory. There are floor markers and hand sanitizer at the counter.

The spot used to be an IGA in the 1950s and spent at least the last decade or so as the Super Variety and Jade Garden convenience store. Now, the shelves are entirely stocked with specialty products coming from Italy, Spain, France, Portugal, Germany, Netherlands, Sweden and the UK. 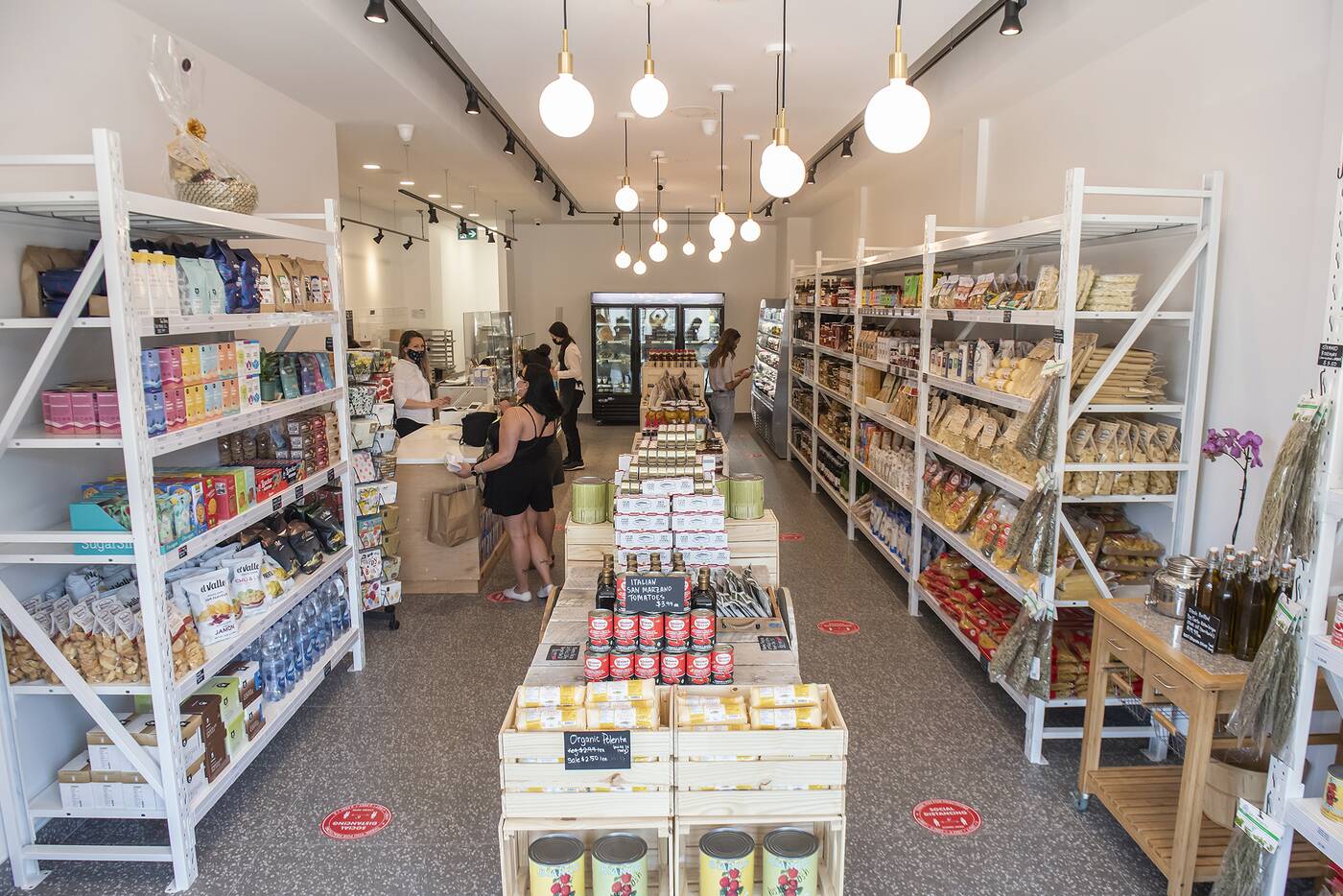 Freshly prepared sandwiches can also be bought at the deli counter while a selection of baked goods and pastries make for a sweet accompaniment. 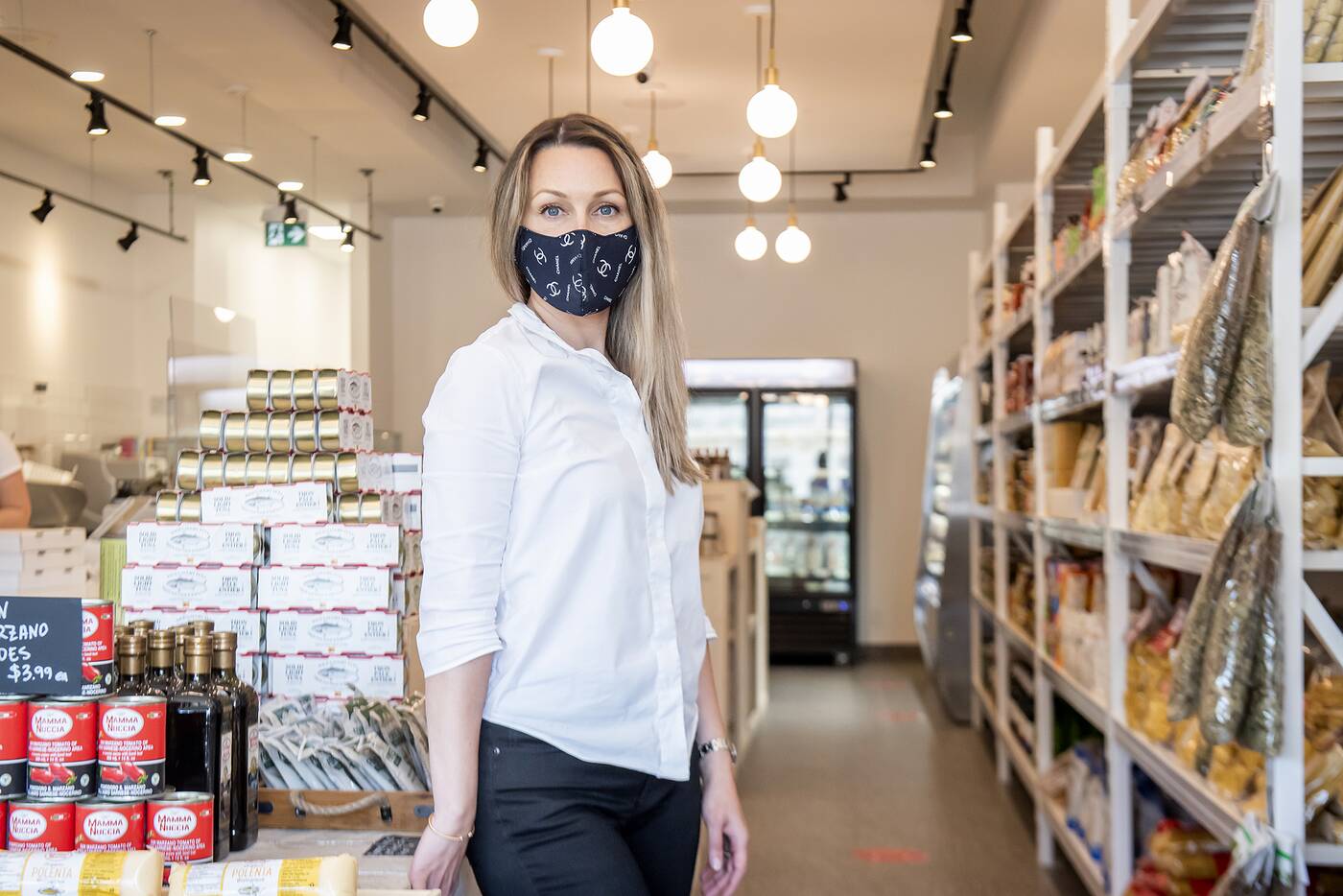 The owner and longtime local of the area, Katerina Adams, opened the shop in an effort to bring the best European foods to Toronto at a reasonable price.

Especially considering most of the food found here is sustainably produced without GMOs or added preservatives, the price tags aren't as steep as you might imagine. 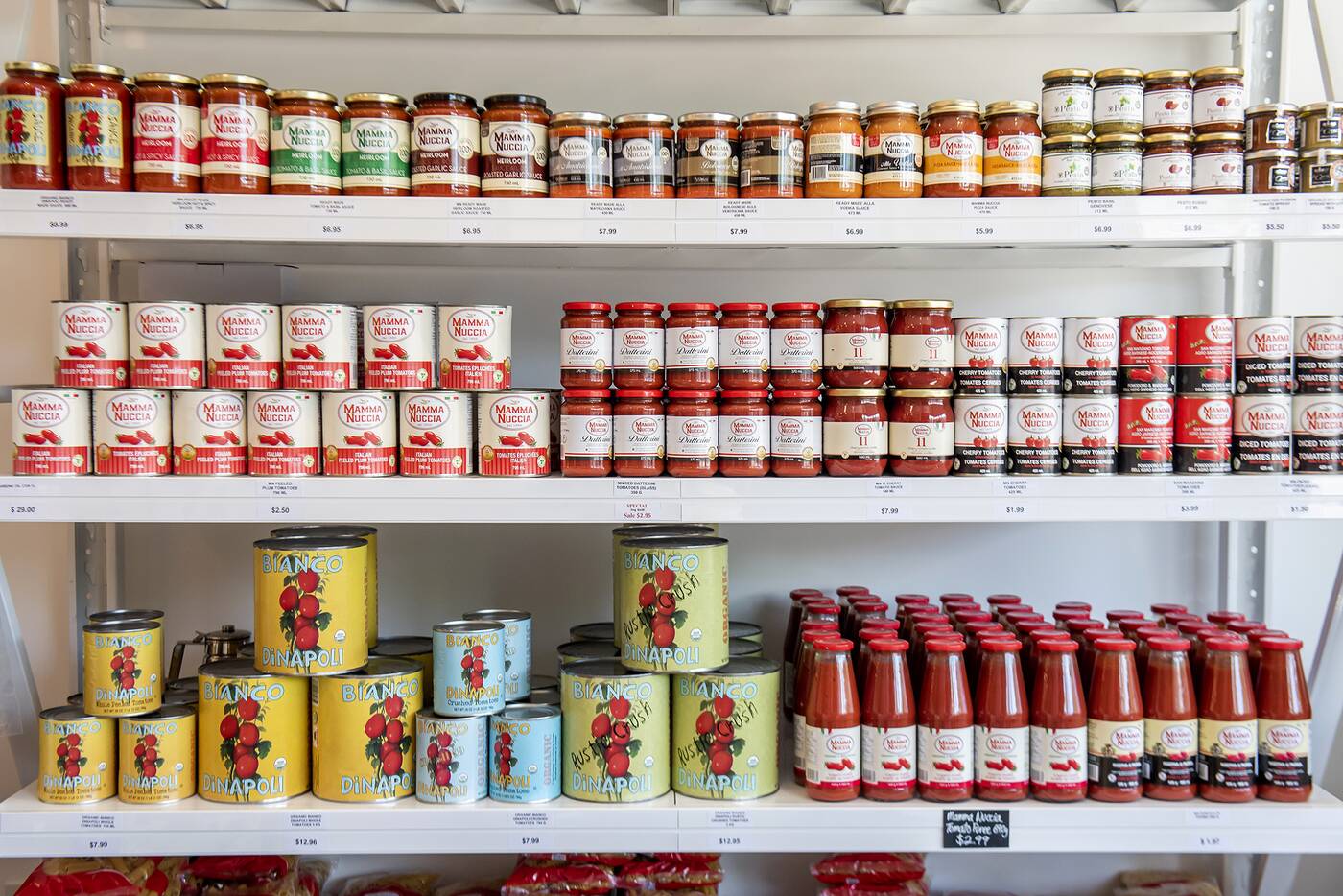 A lot of items found in the store are from Italy including entire shelves lined with cans of Bianco tomatoes and various tomato sauces including the all-natural Mamma Nuccia ready-made sauces ($5.99) with heirloom tomatoes from Parma. 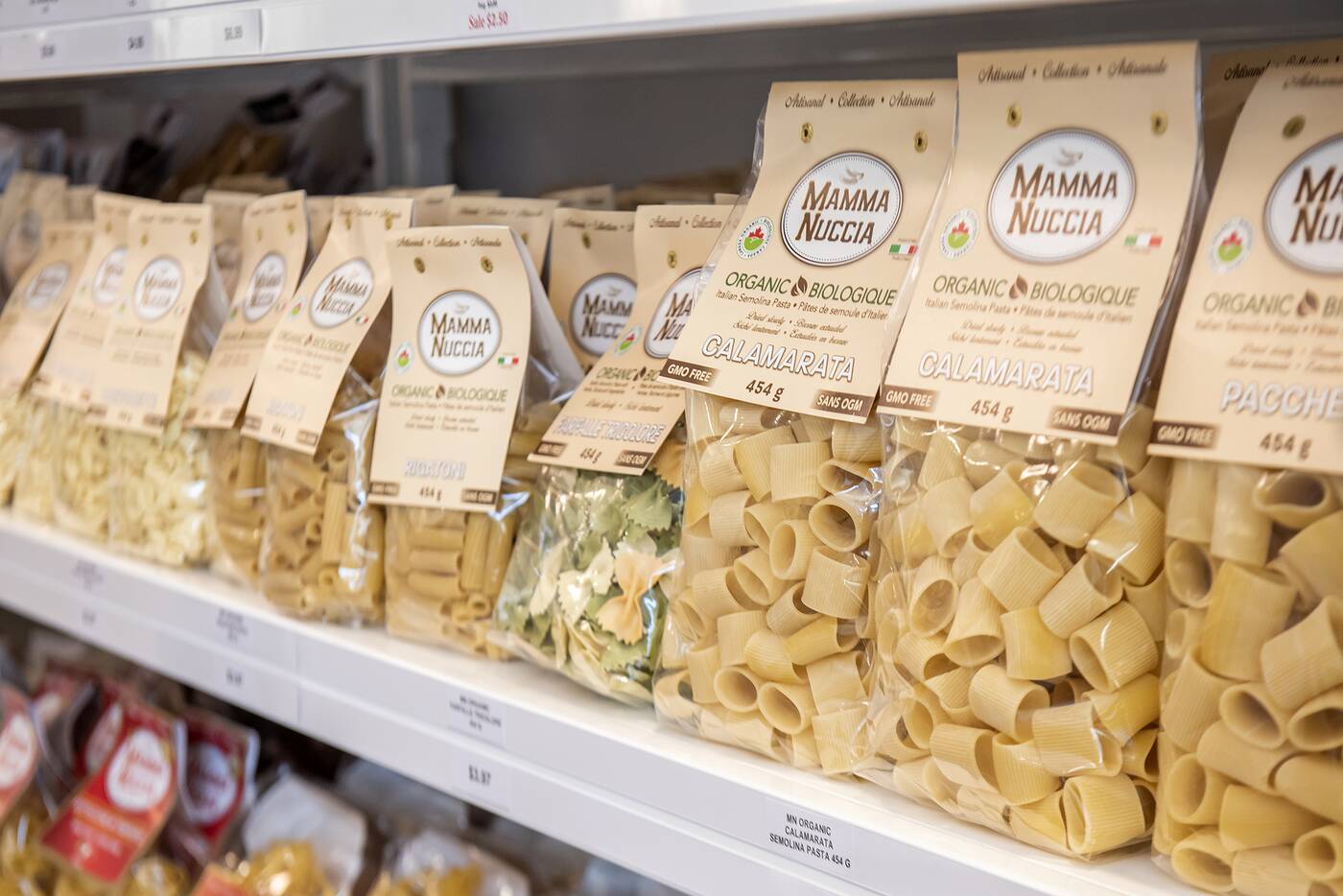 A large selection of organic noodle varieties (no bloating here) ranging from rigatoni, orecchiette and cavatelli to penne, fettuccine and spaghetti (all $3.97), are found on the shelves just over from the sauces. 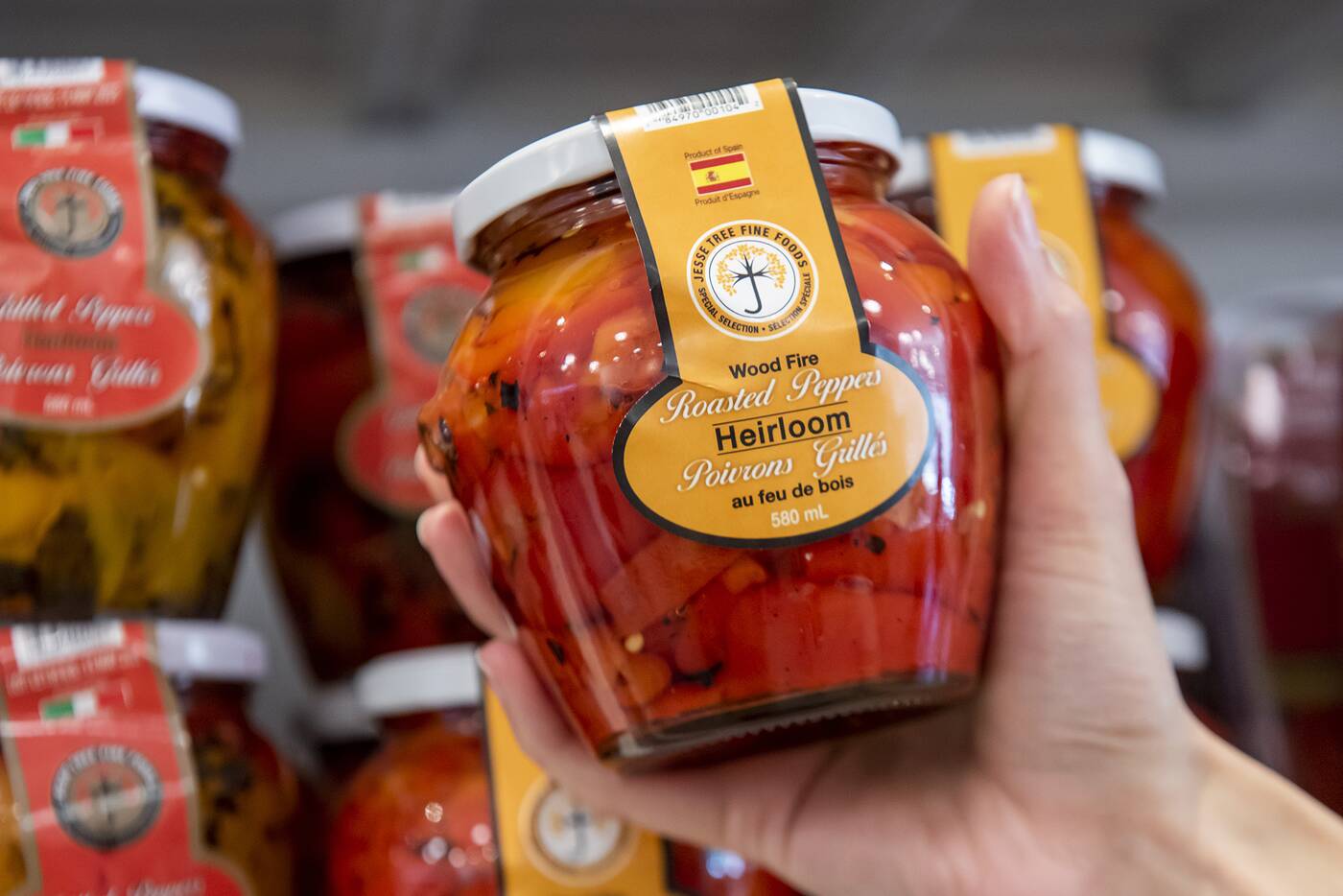 Wood-fire roasted peppers from Spain ($3.99) is another popular pantry item, Adams says. It sits beside a whole host of other oil jars by Jesse Tree such as button mushrooms and Cerignola olives. 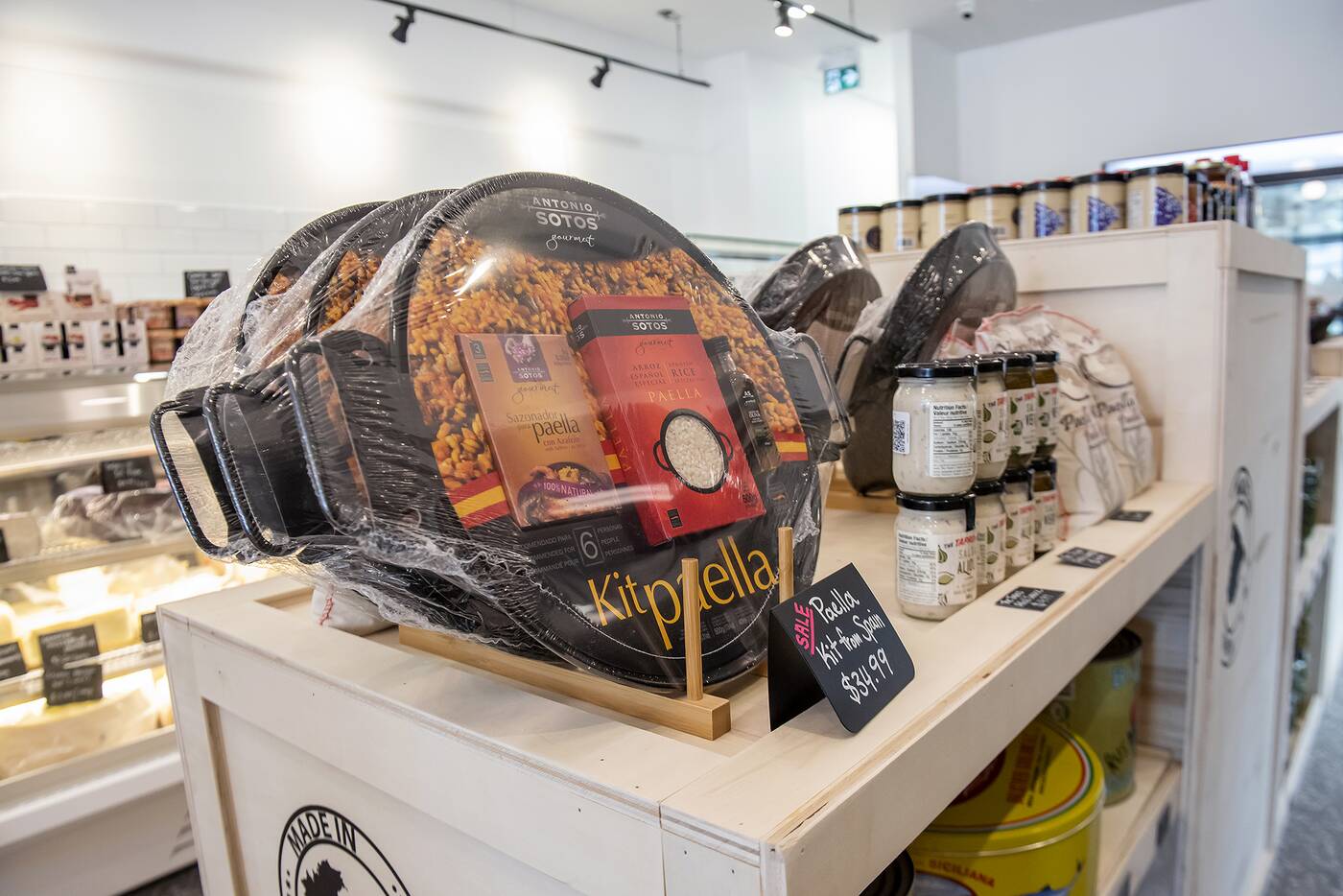 There are also paella kits ($34.99) for sale on one of the centrepiece shelves in the store. It comes with pretty much everything you need to make Spanish paella at home including a big pan, rice, olive oil and seasoning. You'll just need to add some fresh seafood. 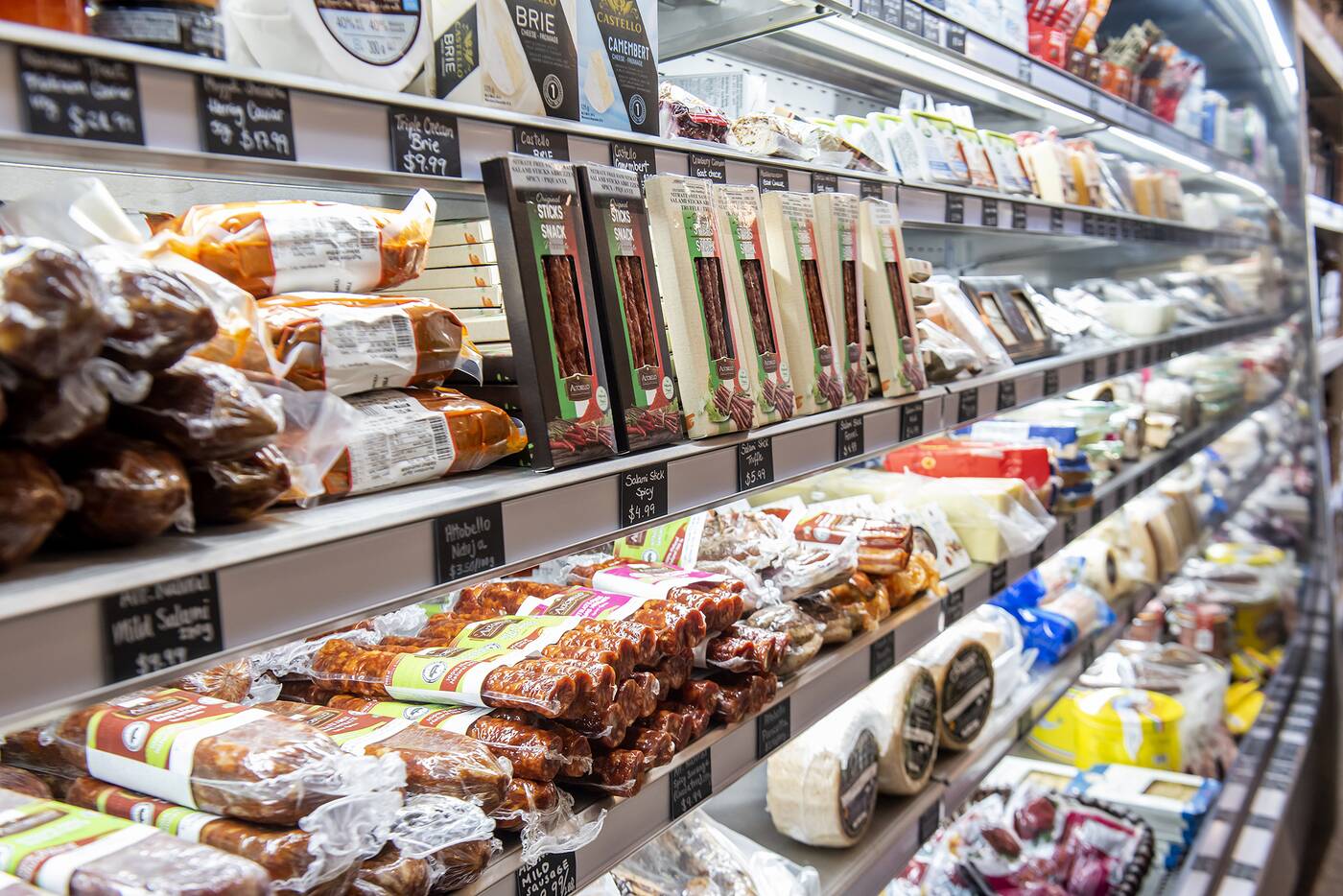 Kept cool are the cured meats and varieties of cheeses from Italy, Spain and a few local Canadian cheesemakers. Parmigiano, buffalo mozzarella, ricotta and a 12-month aged Manchego (150 grams: $6.99) are all options. 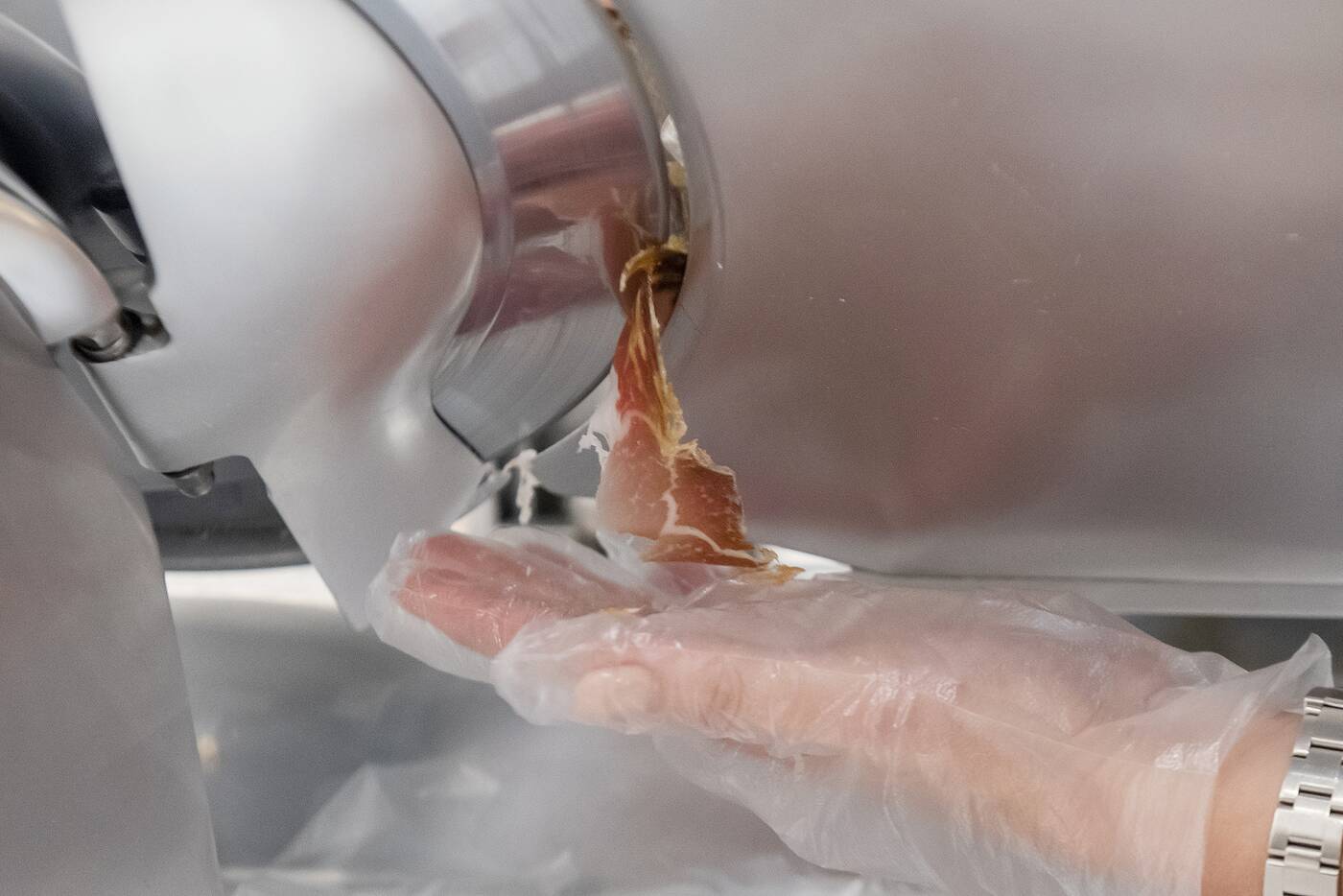 At the deli counter that's stocked with Nitron, hormone and antibiotic-free meats, sandwiches are prepared to go on fresh and buttery croissants. 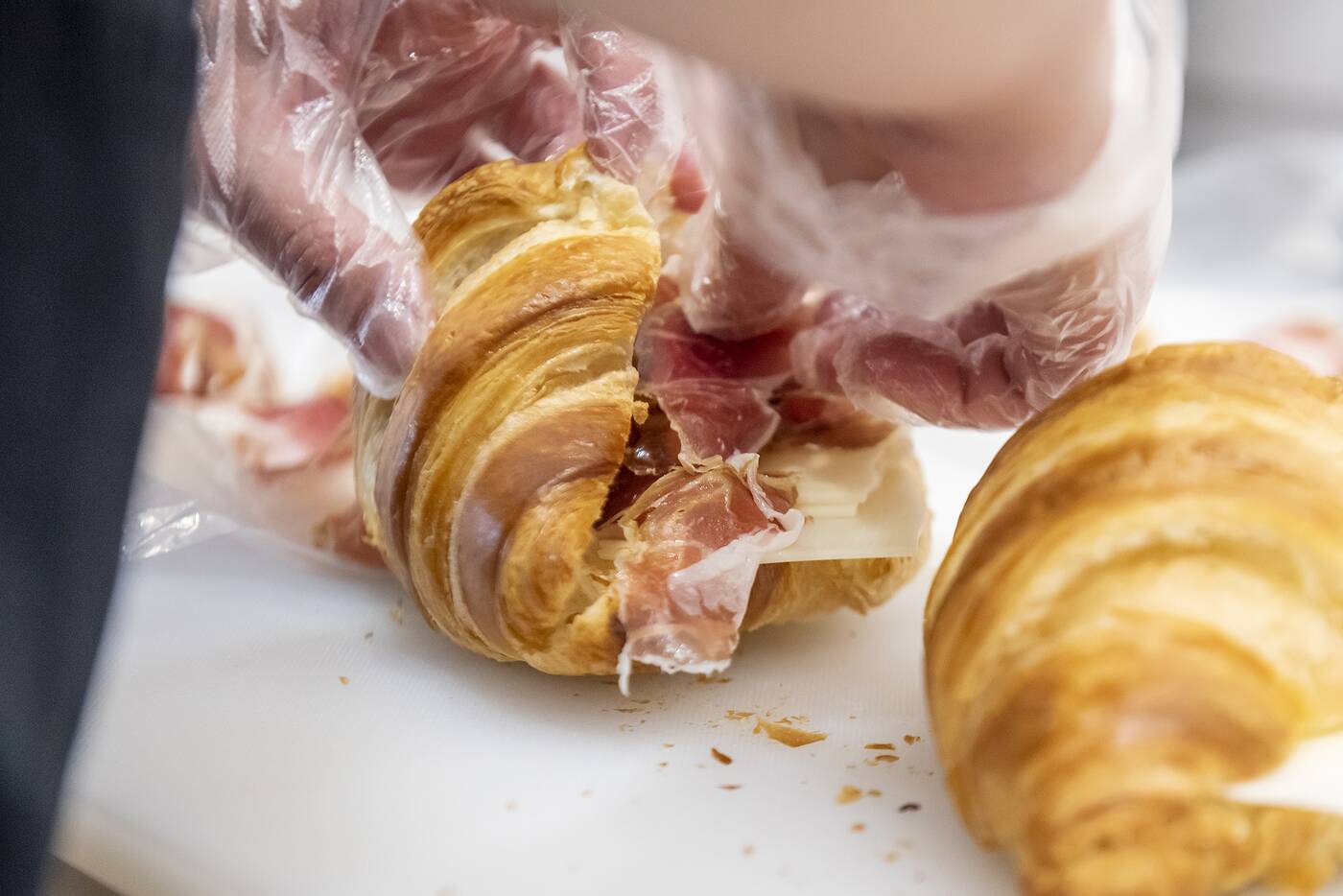 The croissant sandwich ($7.99) we have made for us is piled with Italian prosciutto and Iberico cheese made with a mixture of cow, sheep and goat milk. Beloved in Spain, think a much creamier version of Manchego. 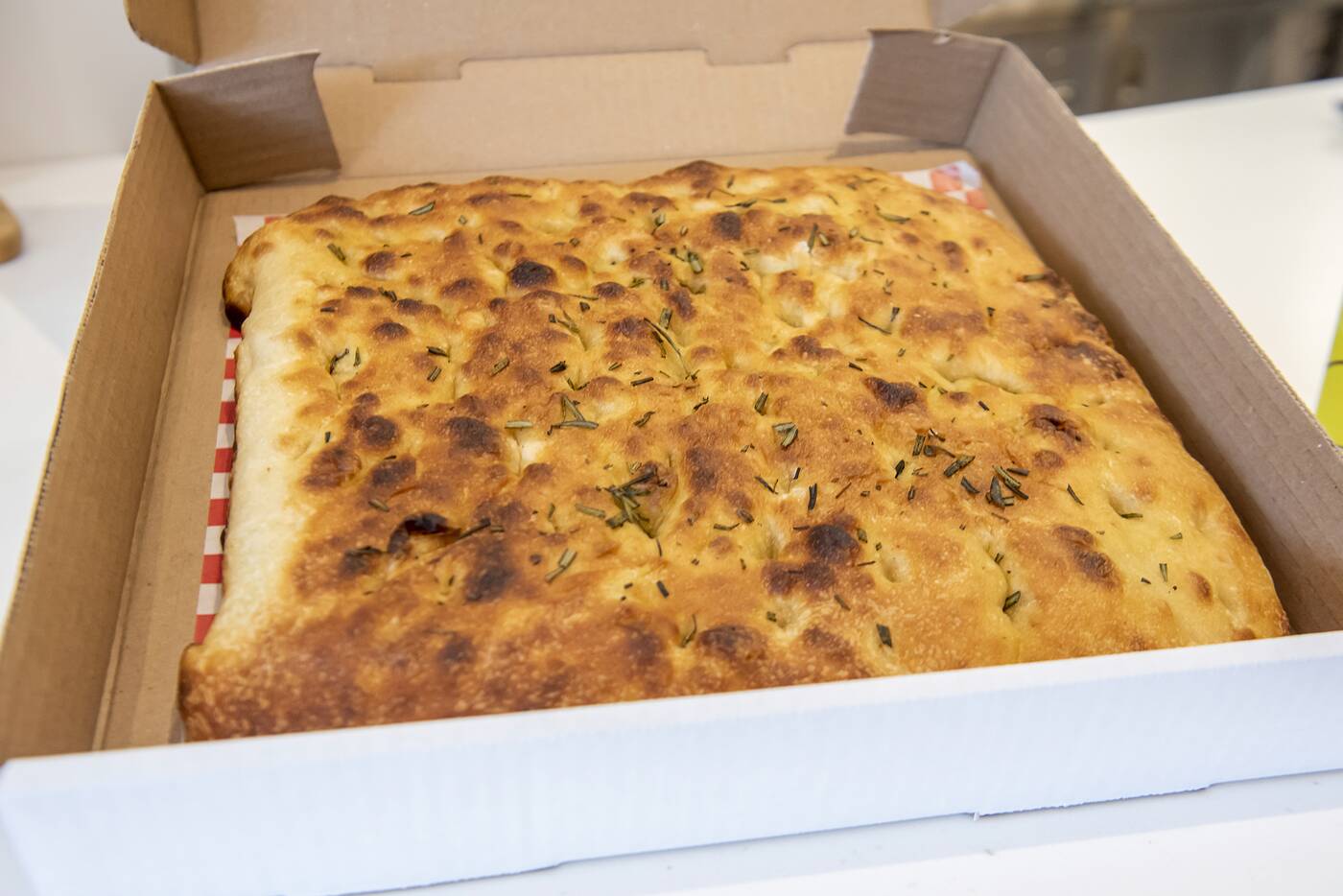 You can also buy fresh focaccia bread (made by local baker Federico Palazzetti) by the whole or half loaf along with sourdough from the Drake Commissary. 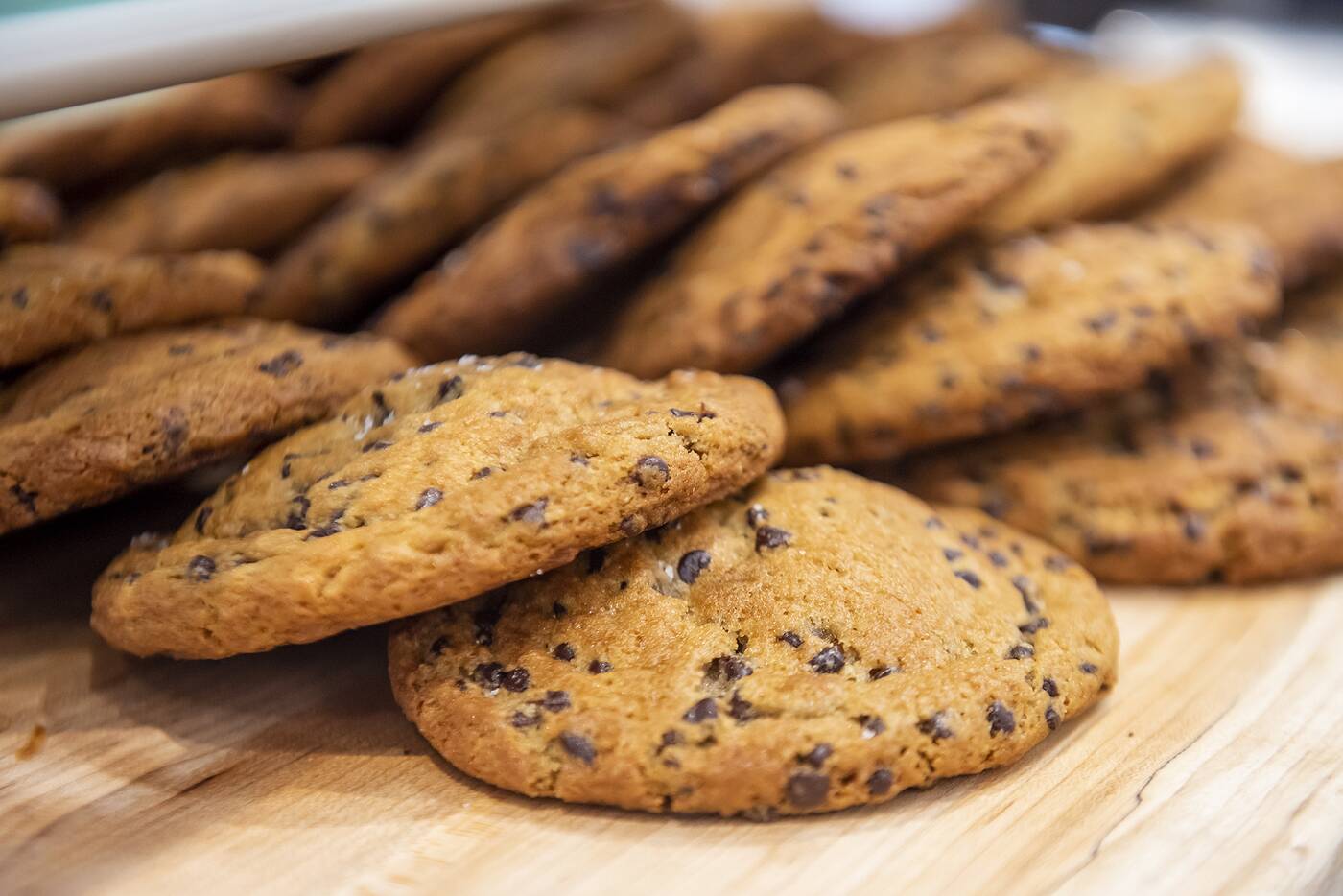 When it comes to treats of the sweeter variety, the salted chocolate chip cookies ($2.75) also from the Drake are among the local fresh-baked goods. 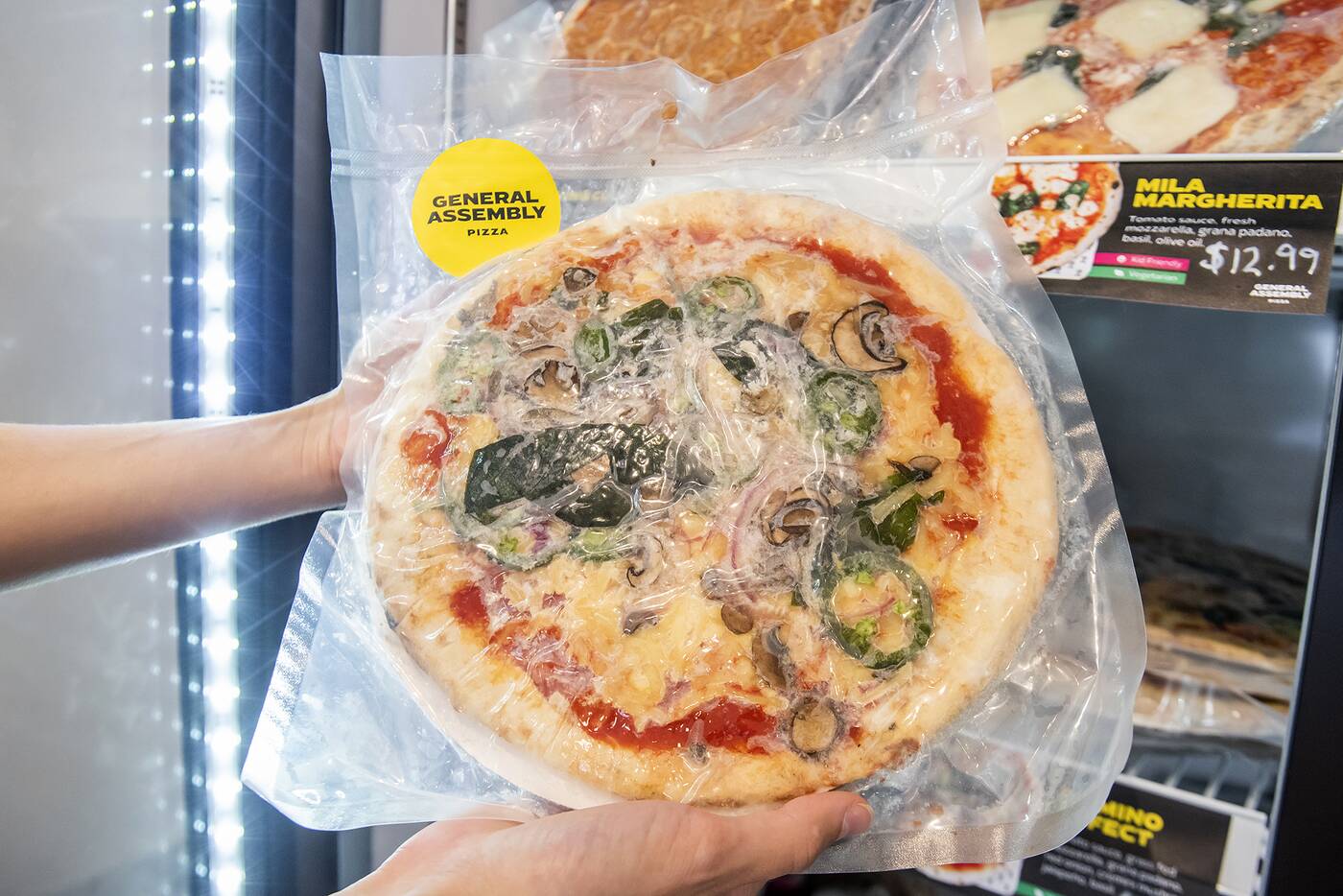 Even more ready-made meals are at the back of the store with pizzas from General Assembly, fish from Portugal, and more frozen desserts like creme brule and crema Catalana. 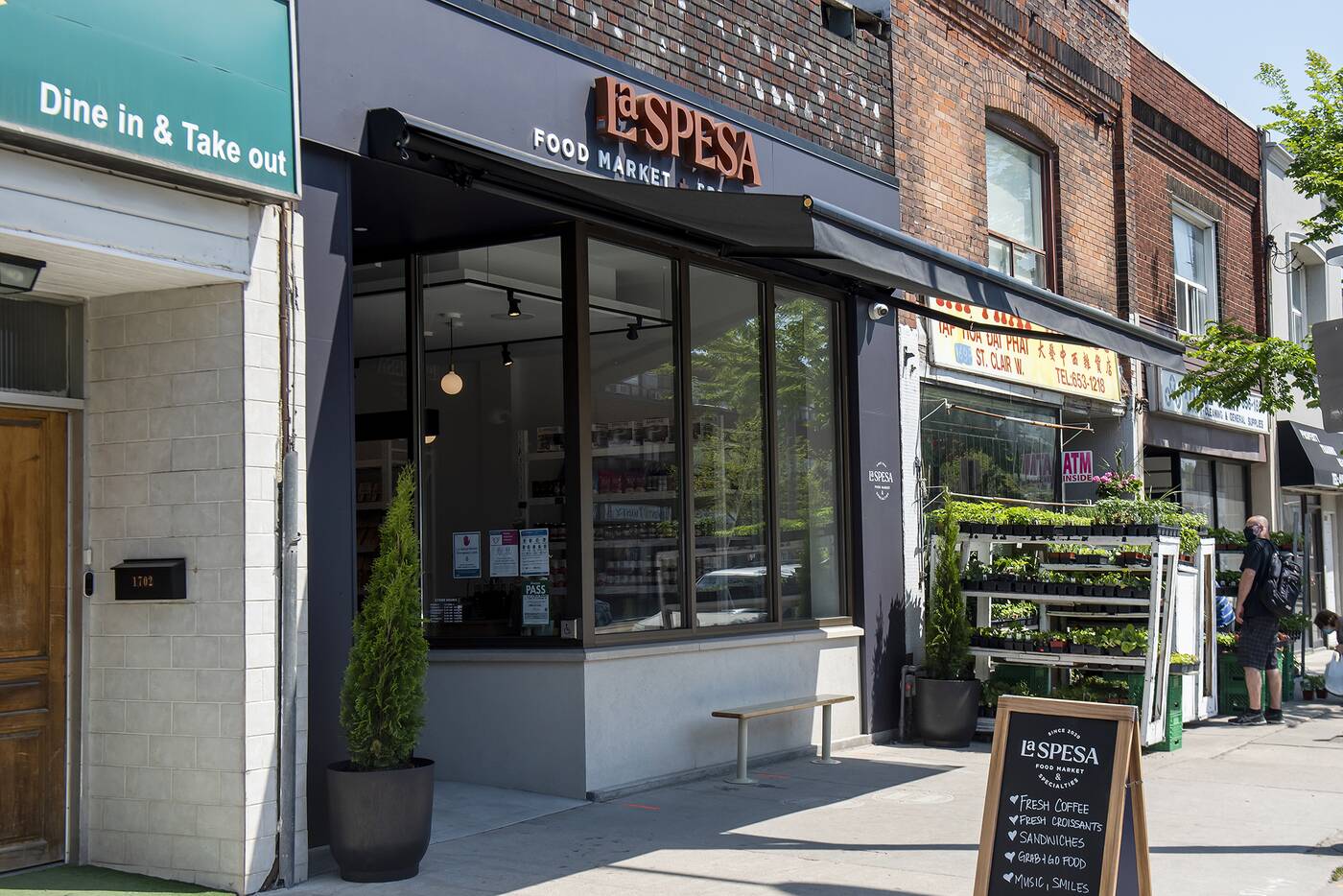