Heisei Mart is a Japanese grocery store in Markham, part of the Japanese J-Town complex. Now, J-Town isn't like other GTA malls with aisles of divided shops and a Fido store around every corner. Rather, J-Town is more of a big open space where one shop evolves seamlessly to the next. So when I first got to Heisei at Steeles and Victoria Park, I was a little confused as to where one store started and another one ended. Especially since I couldn't read many of the signs. 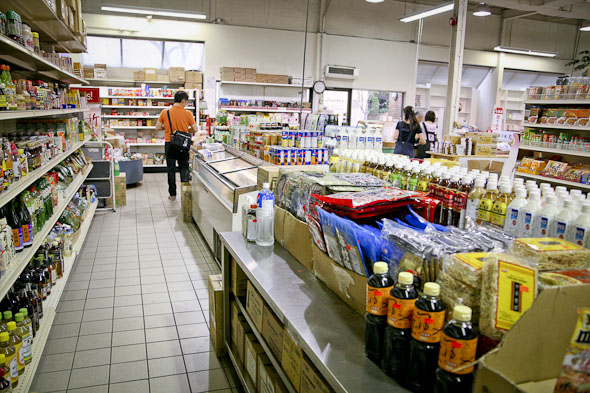 After a moment, though, I found my bearings and began to explore Heisei's offerings. There was everything you'd expect to find in a typical grocery store--dry goods, snacks, sauces, mixes--everything except a decent selection of fresh produce. I got the impression, though, that this was more of a pantry-and-freezer type shop stocked with imported goods you'd be hard-pressed to find elsewhere in the city. 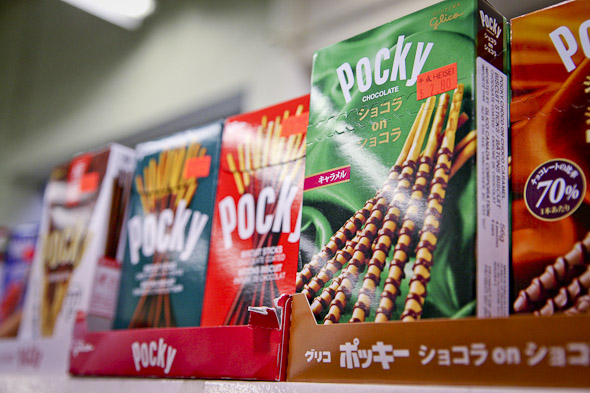 Some of those unusual finds most certainly includes the drinks in Heisei's fridge, which included Pokka cans of coffee ($1.65), carrot juice ($0.98), and jasmine green tea ($1.80). Now, coffee in a bottle (like the milky drinks they sell at Starbucks) is becoming more common in Toronto, but coffee in a can is a rarer find. But it's here. 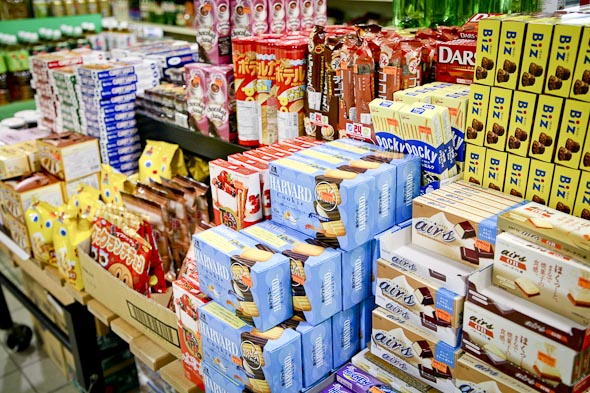 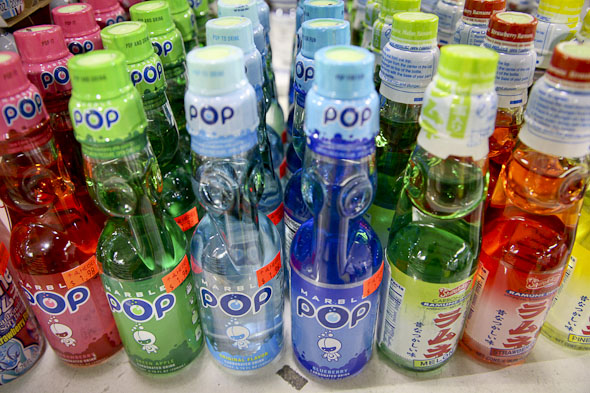 Though Heisei has refrigerated items such as fish cakes, sliced beef, and frozen mochi ice cream, much of the space in the shop is occupied by dry goods. There are bags and bags of rice by the front entrance, ranging in price from $10 to $50 depending on brand and weight. Along the shelves are packages of miso soup mix, tempura batter mix, and cookies, candies and sweets, which eventually lead you out of the market space and into the dining area. 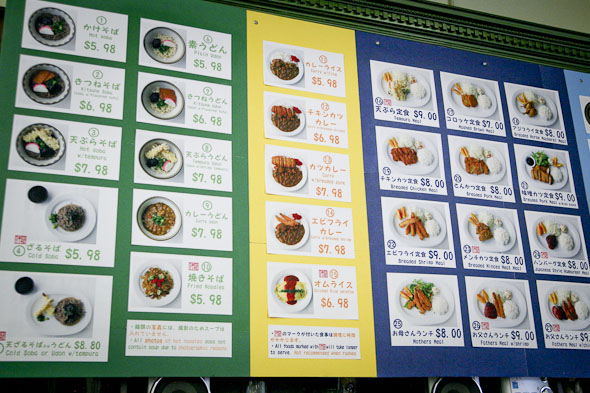 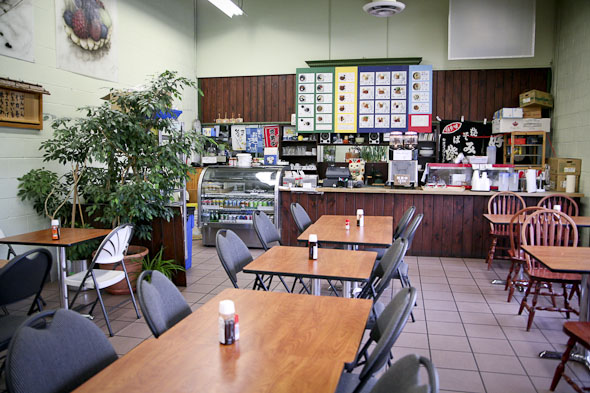 That dining area is actually a separate shop called Cafe Green Tea , a cafeteria-style restaurant offering plates of fried noodles ($5.98), chicken rice omelettes ($6.98), and various tempura dishes. Casual would be an understatement for the tables and decor, though much more in the way of flair would probably seem out of place for a market-adjacent cafe. 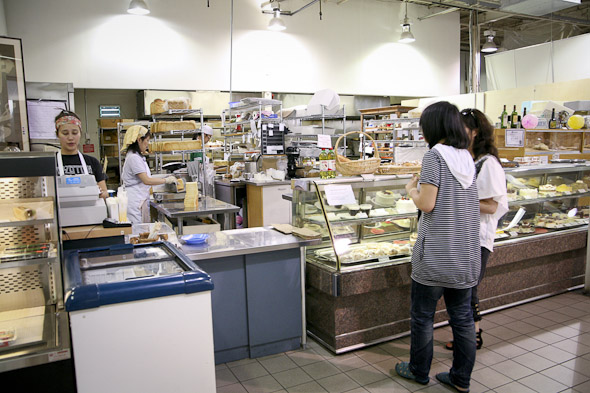 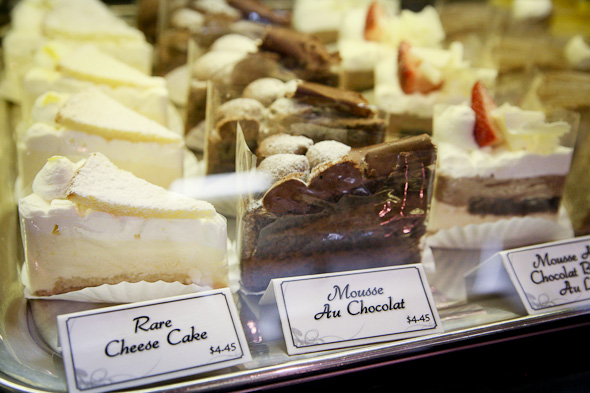 The other side of Heisei is a bakery called Nakamura that makes fresh loaves, cakes, and lots of little sweets and pastries. Its most unique offering, as far as I could tell, is its signature beef curry donut ($1.80), which, according to one of the bakers, is made using a paste of beef curry soup mix that is worked into the dough. I longed for a taste, but unfortunately, a customer had just bought the last batch. So I opted for a plain donut ($1.20) instead. It was delicious in one of those this-must-be-terrible-for-me ways, squishing with grease with every sugary bite. The only thing missing, obviously, was the curry flavour now on my mind--though luckily, of course, there was a grocery store right next door. 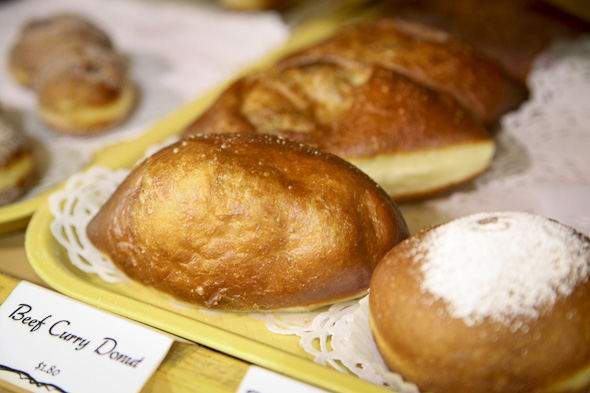 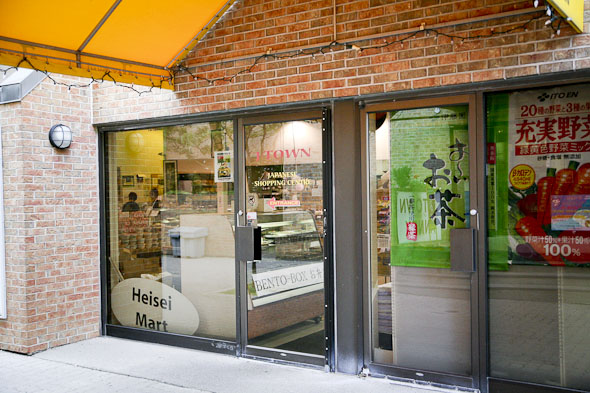