Easton's Charcuterie and Prepared Foods has arrived in Kensington Market, lessening the blow of the winter departure of Mr. Cream .

Yes, delicious blood orange sorbet and chili chocolate ice cream have disappeared from the space, but in its stead you'll find bresaola, guanciale, mortadella, and other charcuterie, as well as house-prepared foods. 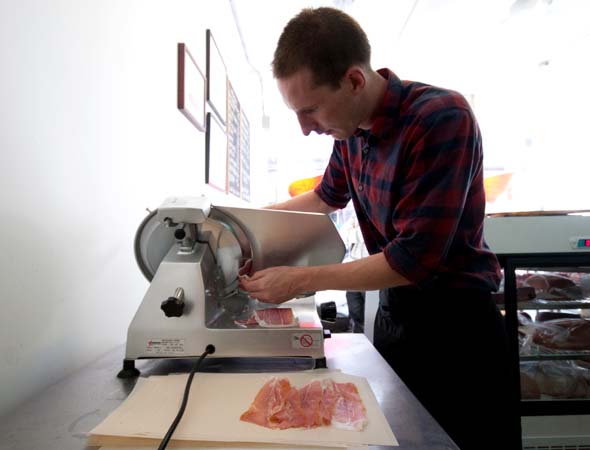 The shop is, for now, a pop-up project run by Derek Easton (formerly of Sanagan's Meat Locker ) and Kay Pollock (who Sublime regulars will surely recognize). Kay tells me they noticed an obvious gap in the market and thought they'd try their hand at a temporary operation. But just one week in, Derek and Kay are already certain they will pursue a permanent space after their time runs up here in May 2012. 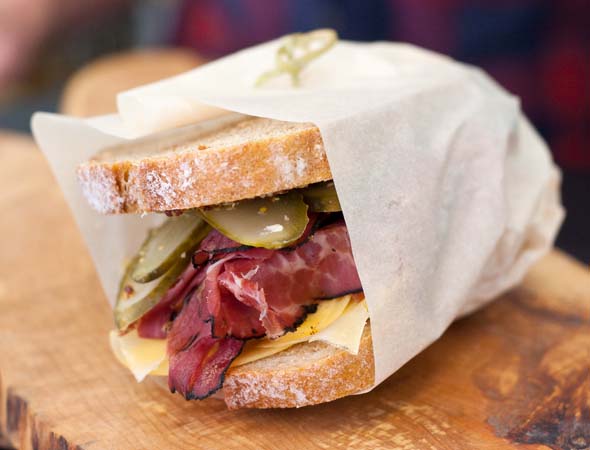 "We wanted to build it up slowly, but already the reception has been really great," she says. "This is one thing the area was certainly missing." 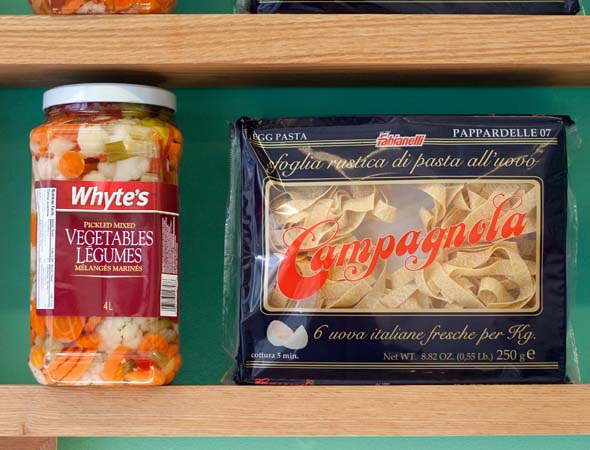 Easton's offers typical deli meats such as smoked brisket, turkey breast, and black forest ham at $1.99/100g, but its charcuterie selection ($3.99-$6.99/100g, from various sources), needless to say, is its main attraction. I sample first Easton's head cheese and have the good sense not to ask what is is before nibbling at a slice. It's delicious, and I wait until I get home to Google the ingredients. Next I try the bresaola, which is firmer in texture, darker in colour, and has a rich, slightly sweet taste. After the first slice, it's clear that one paper-thin sample surely won't be enough.

"Oh I know," says Kay, when I tell her I could probably eat mounds of the stuff. "I was so salt-saturated after the first day." 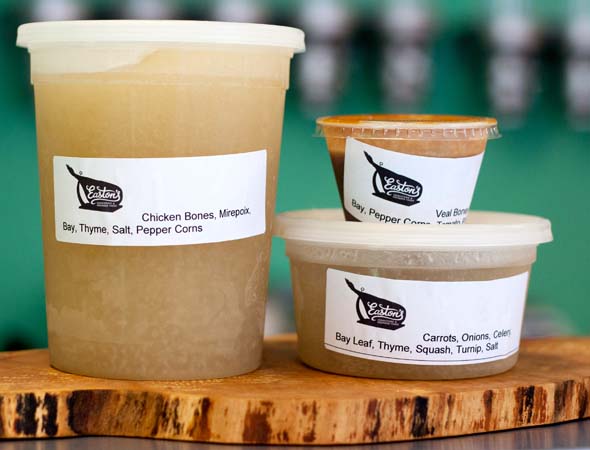 Both chefs by trade, Derek and Kay also cook up prepared foods to grab-and-go; the basics such as chicken stock ($5/1L), Bolognese sauce ($8/1L), and other sauces and spice rubs, as well as full dishes including beef ragout priced at $10/L. "Basically, we want to produce the stuff people don't want to make at home," Kay says, adding, "at not too high a cost." 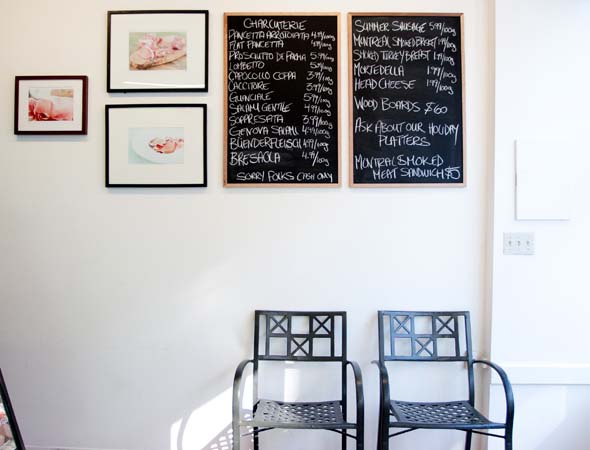 The pair allocates Mondays for cooking and preparation, and they open the shop Tuesday to sell the fresh items, which are frozen later in the week. So if you want recently made veal demi-glaze, best to come by Tuesday or Wednesday, and if you want to try some freshly cut head cheese for the first time, best to not Google it beforehand. 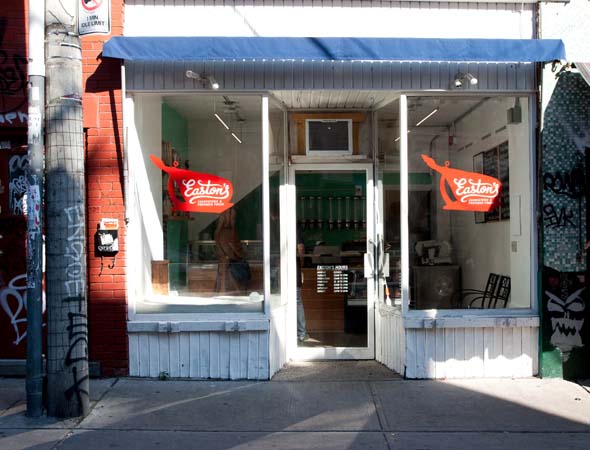