I happened by Chabichou on a wet and blustery day. It was perfect - full of cheese and comfort foods, with a cooking show quietly playing on the big screen TV behind the counter. Handwritten labels with neat calligraphy describe escargot in garlic butter ($12/dozen) and homemade pate ($6-$9.95).

Right in there beside the snails are cupcakes, chocolates and apple tarts baked at Tati Bistro , the restaurant down the street of the same owner/chef. And I have my eye on some interesting (and delicious) looking sausages. "They come from a special supplier in Quebec," I'm told, " andouilette , merguez and chorizo ." 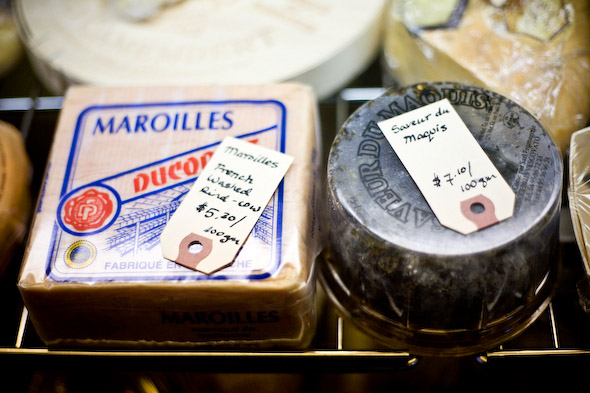 Along the walls are shelves stocked with vinegar, oil, salt, spices, crackers and cookbooks. Baskets of baguette, brioche and croissants cover the counter. They're baked fresh daily - from Ace bakery and Jules Patisserie - a compliment to the Caffe Brasiliano coffee I've missed since moving off Dundas West . 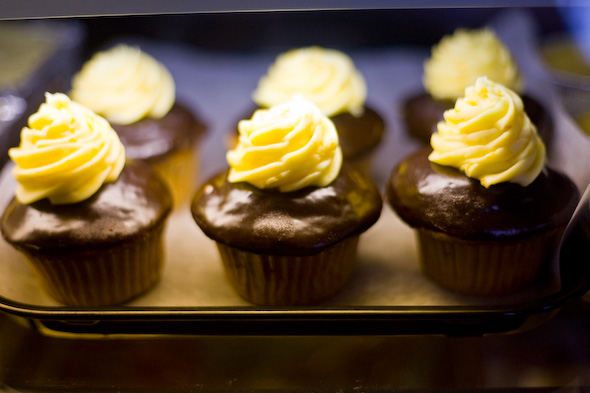 But mostly there is cheese - at least 61 varieties from France, Italy, Holland, Quebec and Niagara. Chabichou was originally conceived (and named) for a love of cheese. And the selection is exciting, but the prepared foods are as much of a draw. 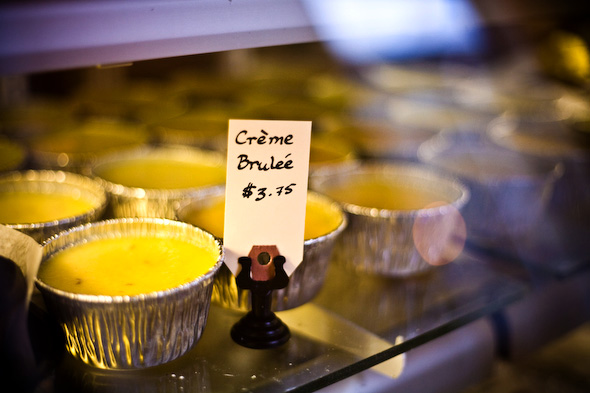 Whitney Brown, one half of Chabichou (the other half is chef Laurent Brion), is busy packing Macaroni and Cheese ($4.50) into small foil take-out trays, piling cheddar and Swiss cheese on top. Alyssa is hungry, suddenly. She wants this. We sit at one of the few tables, right by the window. It looks out at Central Tech, which I like. I like being reminded of not being in high school anymore. I snag some bites of the mac and cheese. It's bliss, delicate and rich and crispy on top. "Let me know if you need ketchup," offers Brown, tongue-in-cheek-like. 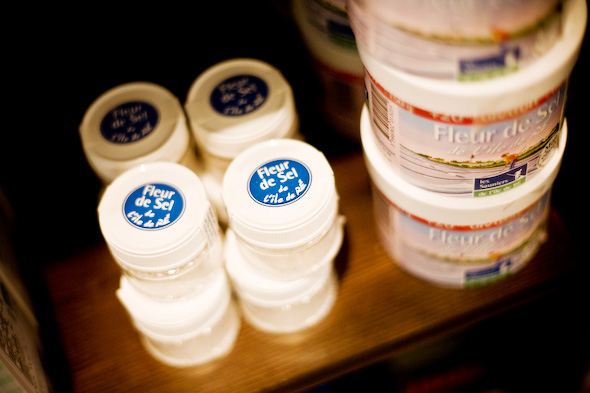 The Shepard's Pie ($6.00) looks great, a compact carbo-meaty treat (in one of those foil trays), but I want a Croque Monsieurs. Of late, they seem more... present in this city and I think about them all the time. Chabichou's CM is entirely satisfying. The bottom bread is so greasy and toasted. I'm still thinking about it.

I can only eat half. But as soon as I get home (like, an hour later) I stuff myself with the rest of it and I think it tastes even better at this point. I promptly fall sleep. 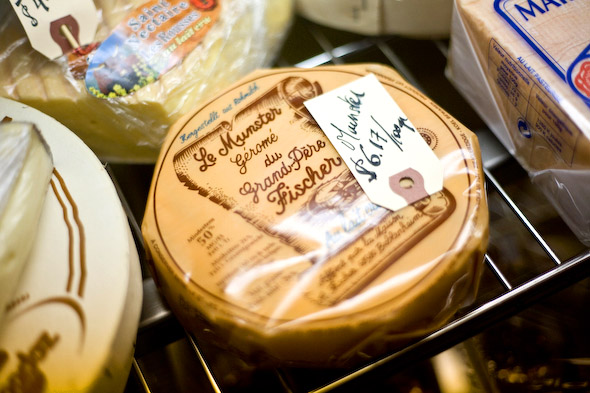 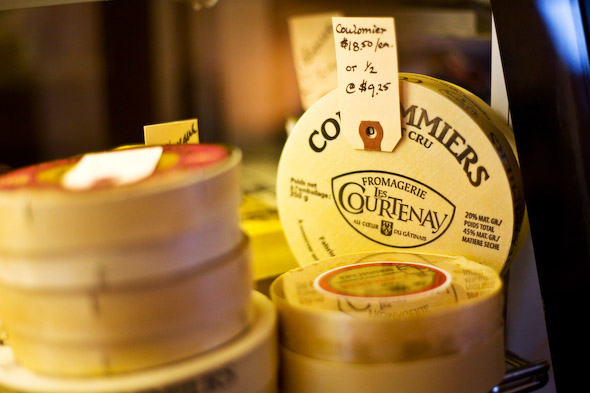 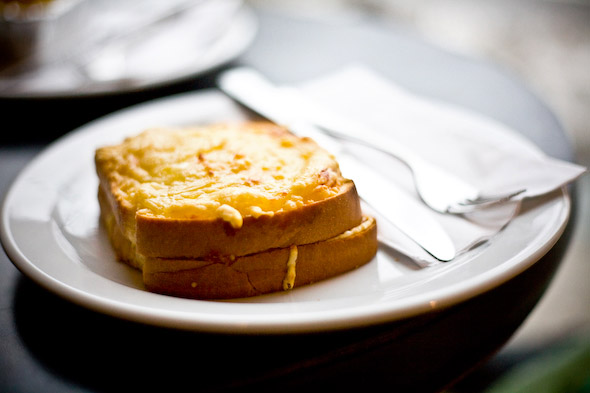 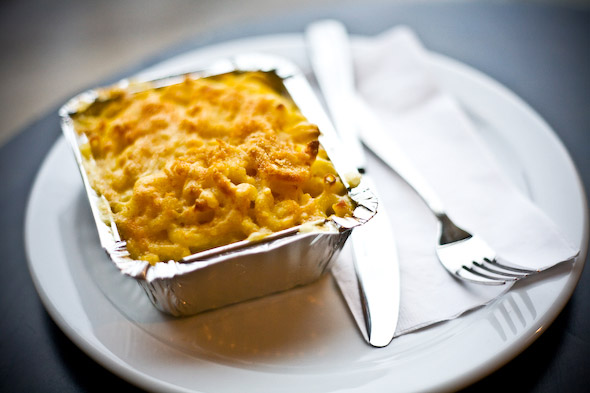 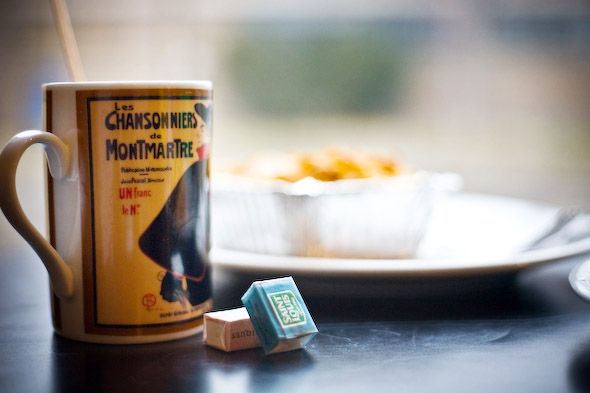