Blue Danube Sausage House takes great pride in its namesake specialty, but this family-owned deli is by no means a sausage fest. 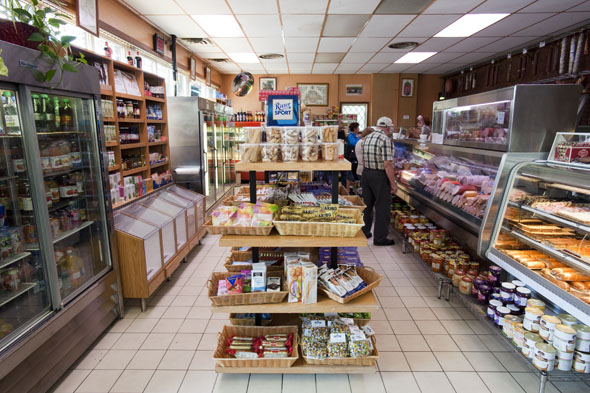 Though its sausages are, without a doubt, one of the shop's main draws, the store has grown to embrace all sorts of Hungarian eats. "My dad started this business back in 1963," owner Nick Balega tells me as we take a seat at one of the shop's front picnic tables.

"My father learned from his father; a butcher, too. And when he moved to Canada, he brought his knowledge of meat with him." 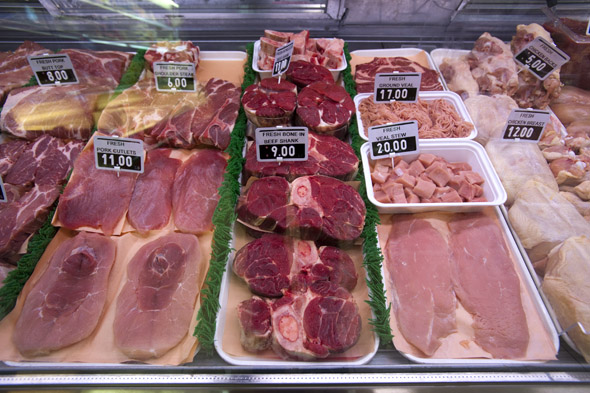 For years, Nick's father prepared his sausages from shops in downtown Toronto; from Universal Meats, to Budapest Meat Market, and over to Elizabeth Meat Market. And then in 1994, Nick, along with his brother and his sister, took over the helm of the family business and opened up Blue Danube Sausage House. 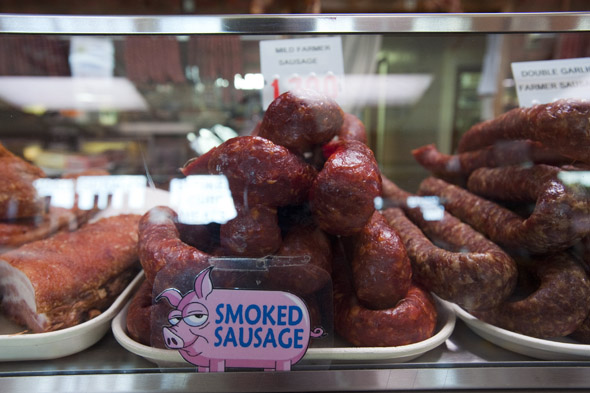 The shop prepares its meats the old fashioned way, which to Nick means, "No nitrates, no other fillers, no artificial smoke."

With 30 varieties of fresh and prepared sausages, along with plenty of dry salamis and smoked bacons, Blue Danube certainly gets its smoker going daily. Csabai is a particular specialty, of course, along with smoked white bacon, and white and blood hurka. 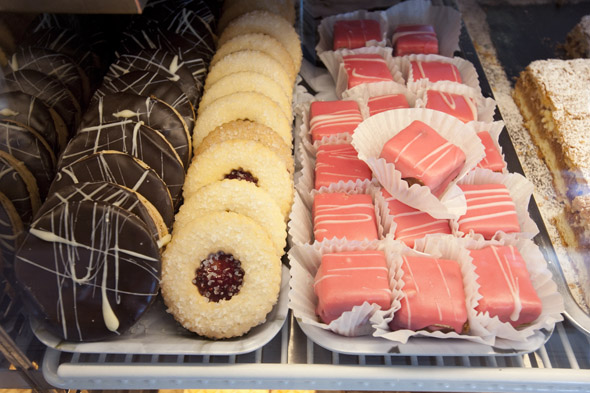 But the shop goes beyond sausages and bacon. Though small, it boasts a honed collection of imported European groceries — from spices, to jam, to candies — and has its own bakery and sweets section."

The belgi — that is, the walnut and poppy rolls — they are especially popular during the holidays," Nick says. "But more and more, people seem to be buying them all year round." 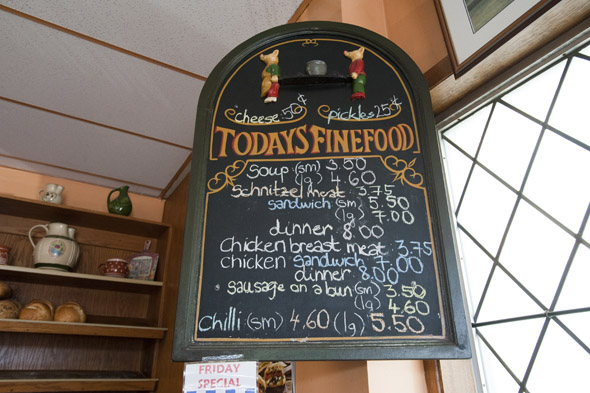 Workers in the area also seem to stop by Blue Danube during the day, taking advantage of its hot table lunch options. 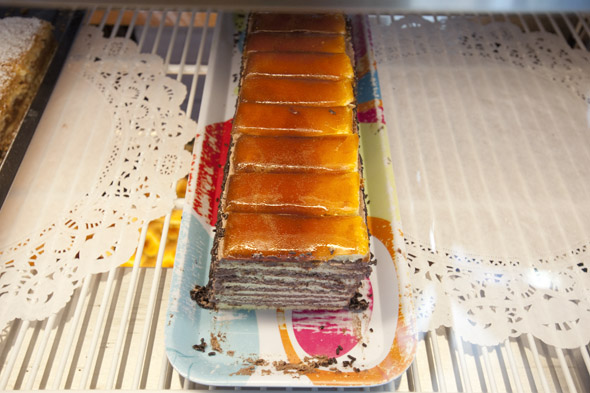 As well, there are plenty of prepared soups and stews to heat and serve later, plus frozen uncooked sausages at a discounted price.

In the meantime, Blue Danube is continuing with its regular production and co-packing, and will also work to prepare special orders on request. "Sometimes we get people coming in here talking about a recipe their grandfather used to make," Nick says. "So as best we can, we'll try to replicate it. And of course, still do it the old fashioned way." 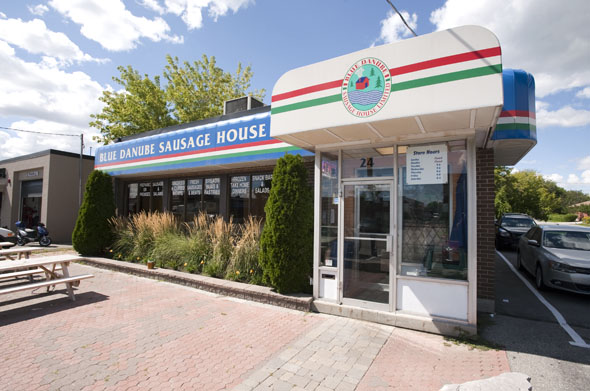