A Taste of Quebec

It's Sunday afternoon and I'm nibbling cheese in the Distillery District at A Taste of Quebec. But this isn't just any cheese. This cheese is made from cows that are direct descendants of the ones Samuel de Champlain (the French explorer) brought with him to Quebec in 1608. Appropriately, the cheese itself is called 1608. It's not too hard and not too soft, with a smooth, yet distinctive flavour. 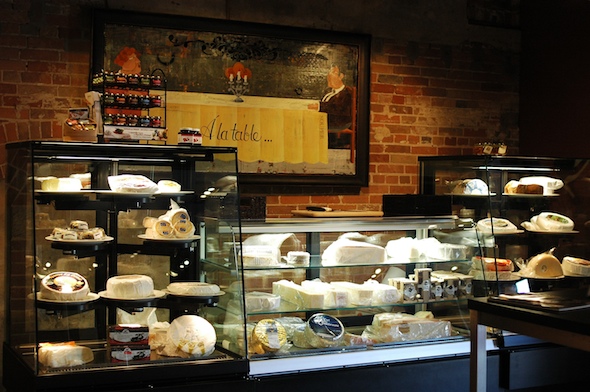 For those that haven't heard of the elusive 1608, it's certainly worth a trip to A Taste of Quebec, one of the only stores in Toronto that stocks it. And for cheese connoisseurs who have tried it already, there are many other items to be had. Other cheeses offered include 5 Year Cheddar, Riopelle, Le Noble, Bleu de la Moutonnière, and Le Grand Manitou. The speciality cheeses, plus the maple syrups, jams and foie gras torchon (made in store by chef JP Challet) make this new addition to the Toronto scene a must visit. Every one of the high quality products in this store comes from Quebec. 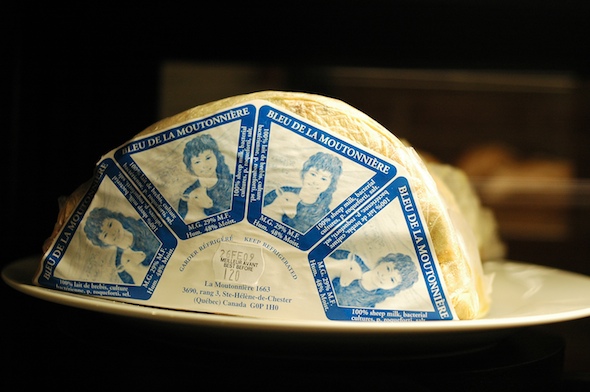 Opened last November by Joanne Thompson and Sylvain Landry, this unique homage to our French neighbour complements their gallery , which has been part of the Distillery since early 2006. Like the store, it is devoted to all things Quebec. Their reason for choosing the Distillery for location, other than being just a few steps away from the gallery, is because it has the "feel of old Quebec...but with a Toronto twist," according to Joanne.

Wandering around the store I start salivating at all of the delicious-sounding - and looking - items for sale. The packaging is so pretty! What catches my eye in particular are the maple syrups. I had no idea so many flavours existed. Orange liqueur, rum, green tea, vanilla bean, cranberry and raspberry. Continuing the fruit theme is butter, available in raspberry, blueberry, strawberry and blackcurrant flavours. 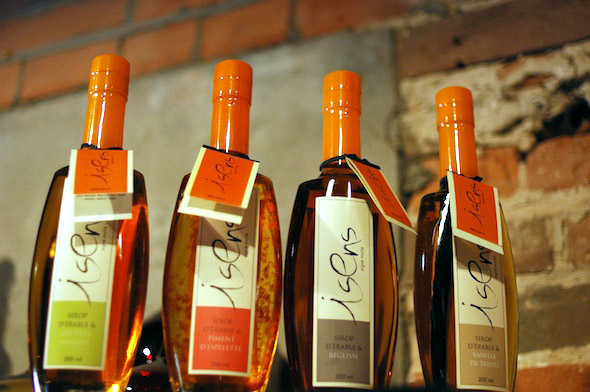 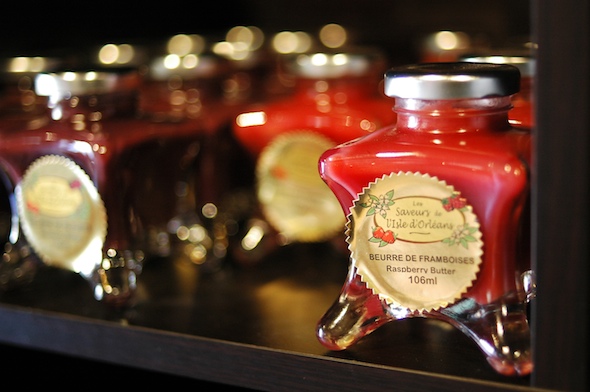 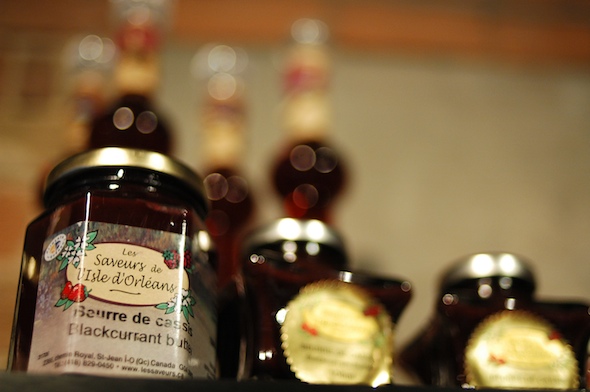 Sadly, I don't get to leave with the entire store in one of their paper 'A Taste of Quebec' bags as I had hoped. I do, however, take home a jar of black tea and vanilla bourbon dark chocolate spread to enjoy later. Yum.

Joanne tells me that they plan to offer more prepared foods in the near future, as well as an outdoor patio when the weather warms up. They also own the space under the store, which is currently being renovated and made into an event space/lounge, scheduled to open in June. The promise of these additions, plus the strawberry champagne spread and vegetarian paté I saw during my visit, means I will definitely be making a return visit. 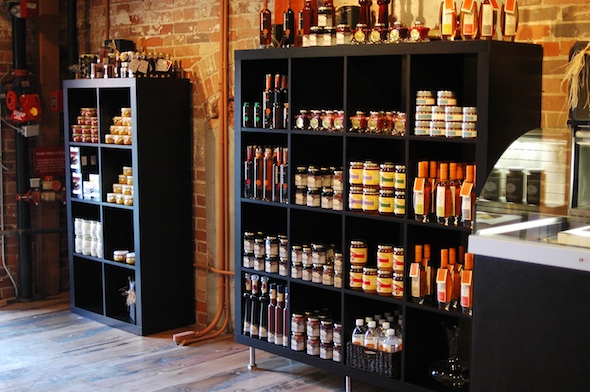 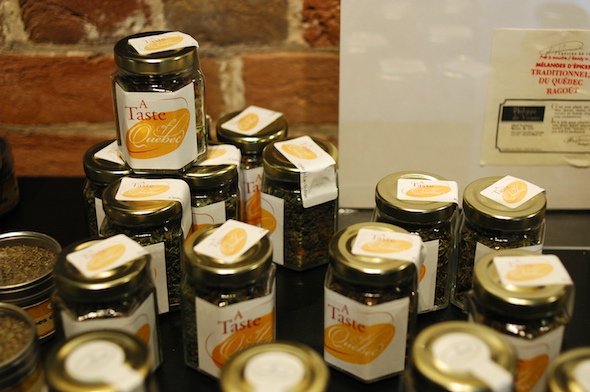 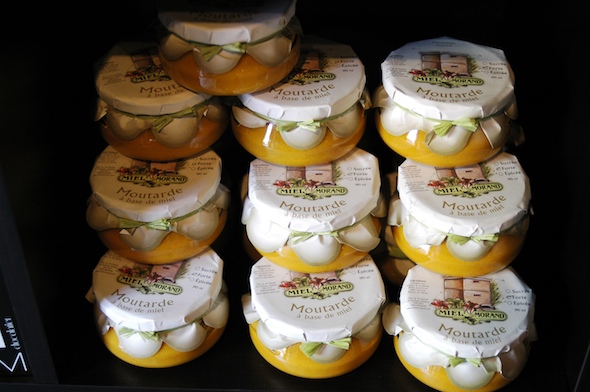 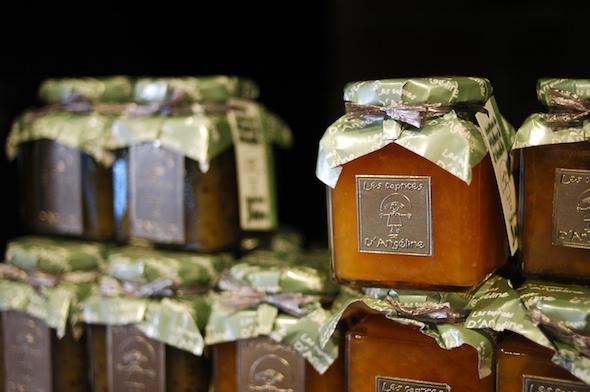 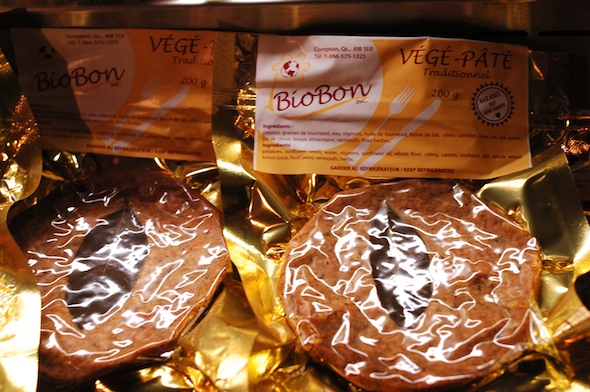 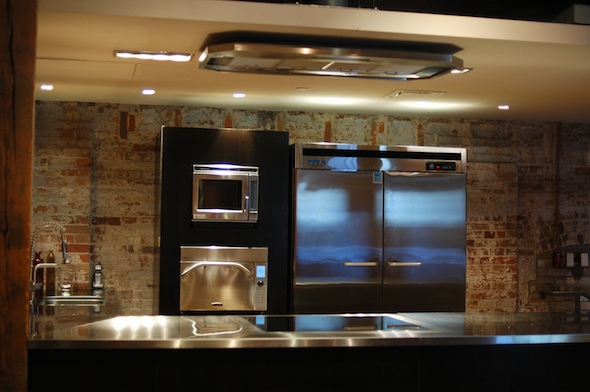 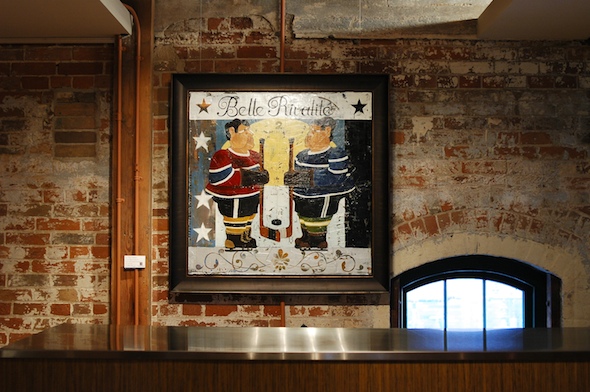 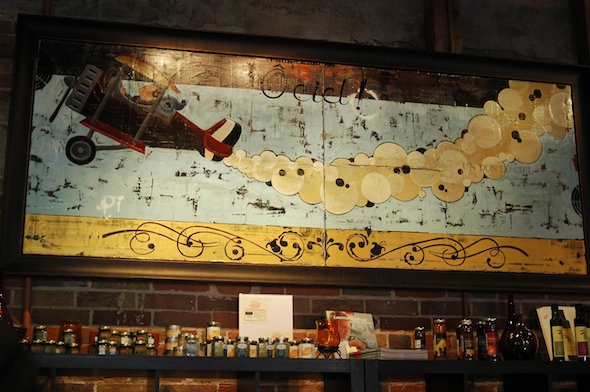 Written by Laura Stricker with photos by Dara Skolnick.