The Art of Cheese

The Art of Cheese is currently open but their offerings and services may be affected due to the pandemic. Please contact the business directly for more information about any changes. Is this your business? Please contact us if you would like to update this message.

Located in the Upper Beaches on Kingston Road, The Art of Cheese is so much more than just a cheese store. The store's community vibe, plus the entertaining and knowledgeable co-owner Bill Miller, who treats every customer like a long lost friend, makes The Art of Cheese something that must be experienced.

Bill, along with his business partner Larry McKee, opened The Art of Cheese in October 2007. When the two of them found the same retail space separately on the same day, they knew it was meant to be.

The Art of Cheese specializes in bringing artisanal, mostly Canadian, cheeses to Toronto - not what can be found in a typical grocery store. They sell antipasto - Turkish and kalamata olives and spiced mushrooms. Fresh bread is available from Thursday to Sunday. 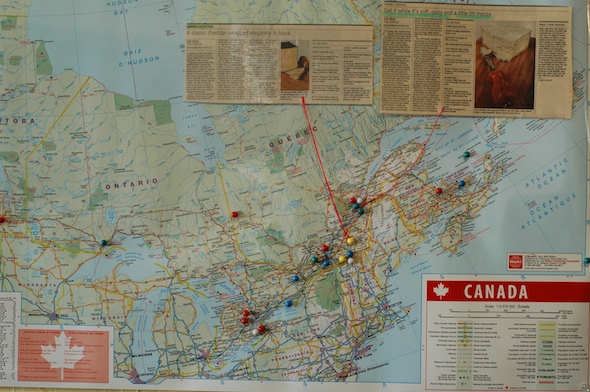 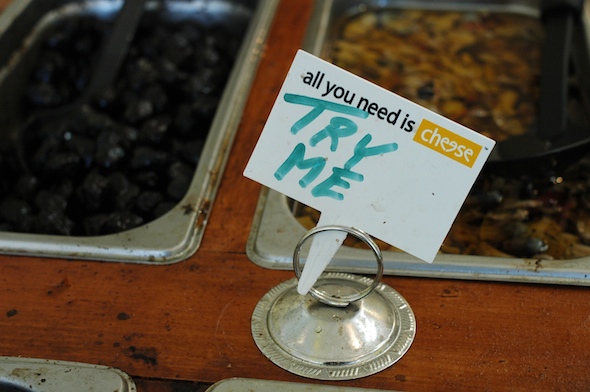 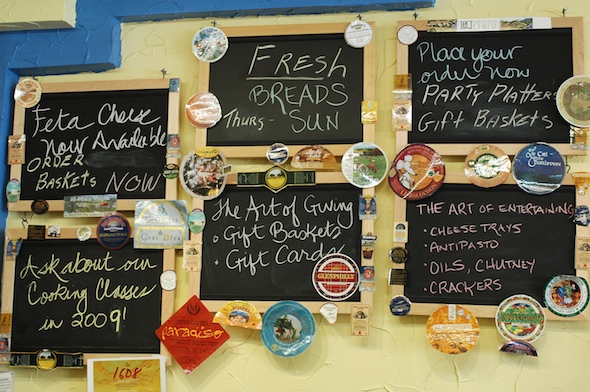 The first cheese I tasted was jalapeno cheddar from the Millbank Creamery, made by the Amish and brought into Toronto exclusively by The Art of Cheese. Filled with organic green, red, bell and jalapeno peppers, I expected an immediate heat explosion. What I got was a really nice, creamy cheese. The flavour of the peppers kicked in gradually without being overwhelming.

After that, with some hesitation, I tried the roaring forties blue cheese. I made the mistake of smelling it first - it smelled so bad I tried handing it off to Dara (and she wouldn't take it). Tasting the smallest amount possible, I was pleasantly surprised. It did have a very potent flavour, but was creamy and just a little bit sweet. 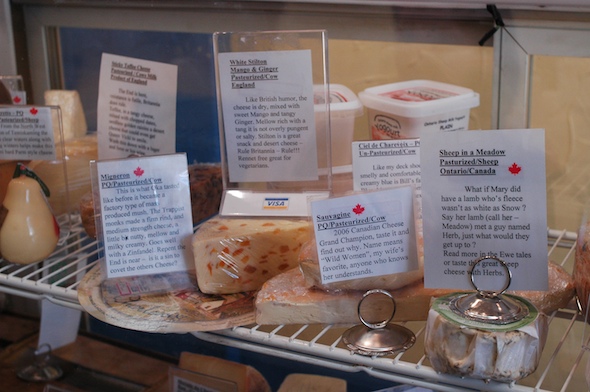 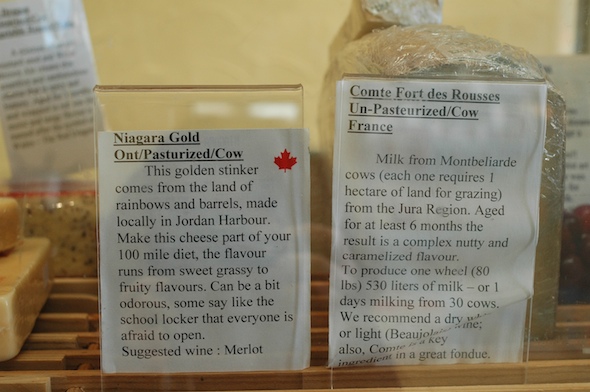 Aside from the offbeat descriptions that accompany each cheese, what I noticed while checking out the display case was how many unique cheeses they have for sale. Guinness cheddar from Ireland, horseradish cheddar from Manitoba and sticky toffee cheese from England, are just a few. I'm still thinking of going back to sample the very Canadian maple cheddar. 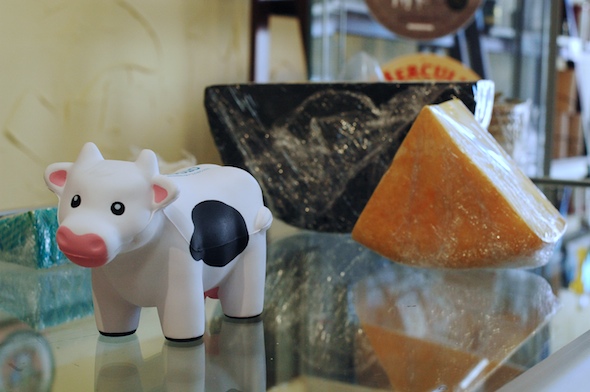 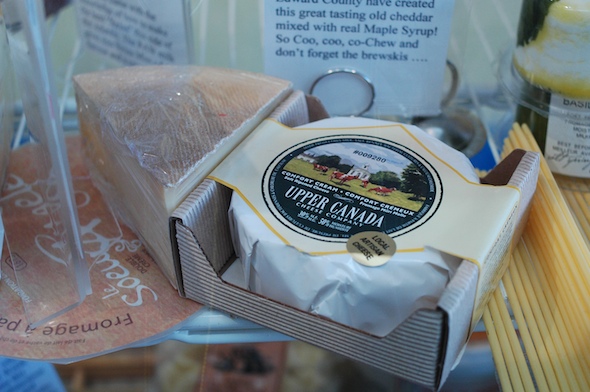 For more on The Art of Cheese, including their cooking classes and the Earth Hour party they'll be hosting March 28, visit their website . 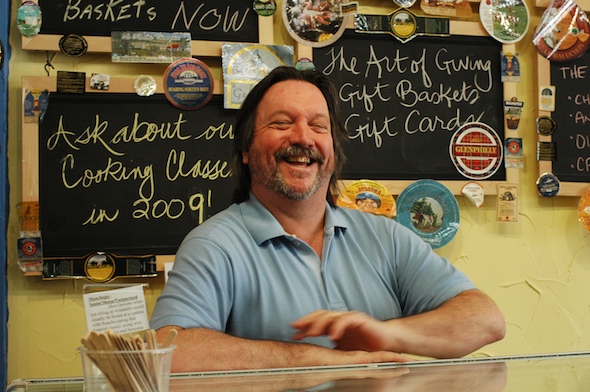 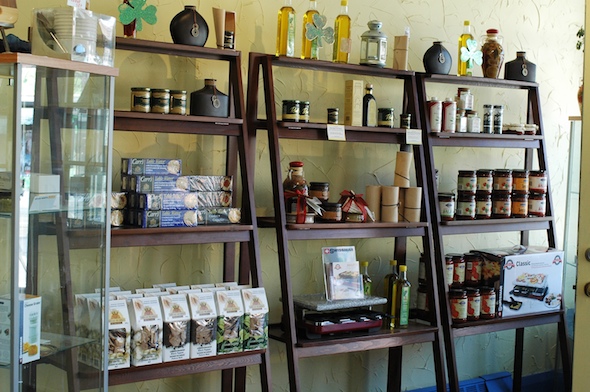 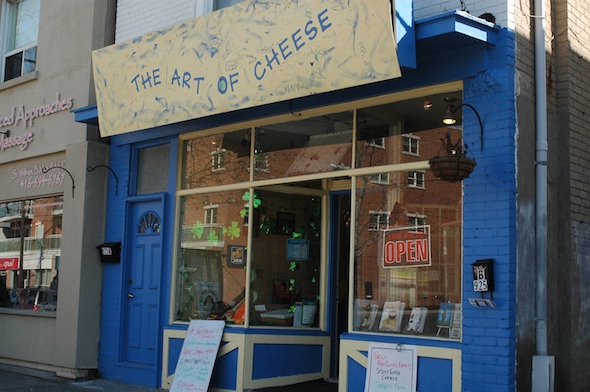 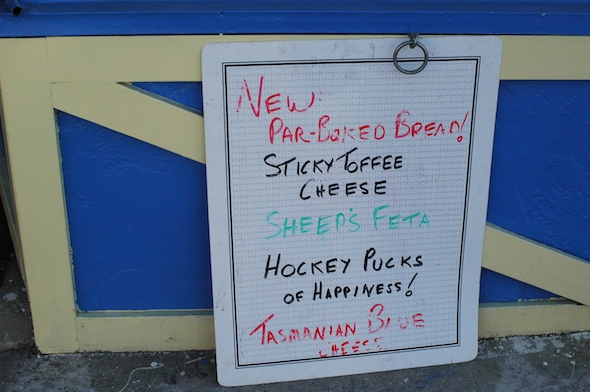 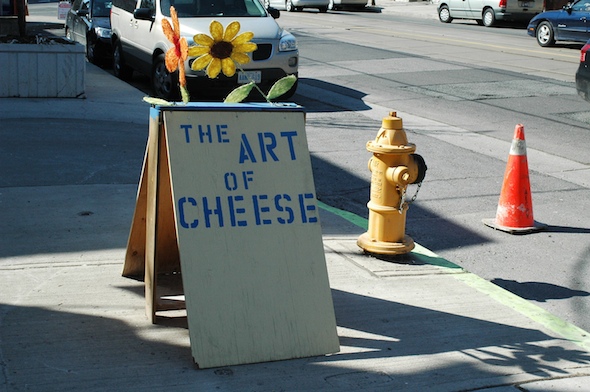 The Art of Cheese