The other day I visited About Cheese (located at Church and Maitland) with Dara hoping to become a cheese connoisseur. I don't think I'm ready to host parties yet, but thanks to the owner, Cole, I learned some really awesome stuff I can't wait to throw into conversation at random.

First we tried Cape Vessey, a goat's milk cheese from Prince Edward County in Ontario. It's a perfect balance between soft and hard and tastes very creamy. Its flavour is pleasant and mild, but still leaves an impression. Next up was Riopelle, a soft cheese from Isle-aux-Grues in Quebec. I learned that it comes in different states of ripeness. The one we tried was in a more advanced stage of ripening; it tasted salty, sharp and buttery.

As I was browsing the cheeses on display, I noticed that most of them were Canadian-made, though some European varieties are available as well. I was happy to learn that About Cheese steers clear of large, industrial cheese companies, and instead buys only from small artisan producers. This practice is much more environmentally friendly and the cheese just tastes better. 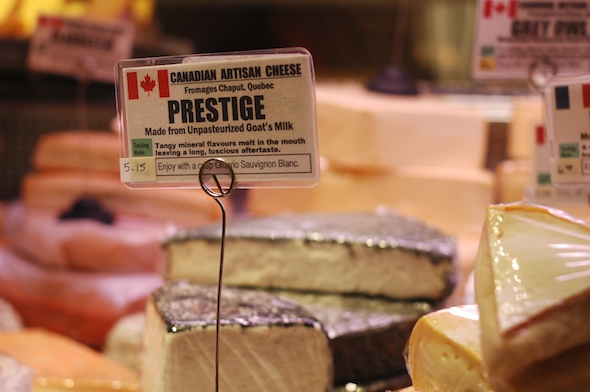 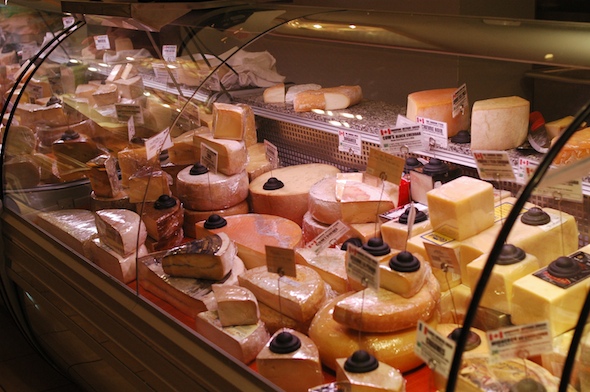 While sipping non-alcoholic spruce beer, a popular item at About Cheese, I found out from Cole that while his Church St. cheese shop has only been open since November of last year (exactly five months as of Friday), his company has actually been around for more than four years. Operating under the name Provincial Fine Foods, at first he was only a supplier.

For the first year, he had one client - Whole Foods - and one cheese - Thunder Oak Gouda. Now he supplies cheese for Pusateri's, Thin Blue Line, Whole Foods, Leslieville Cheese Shop, A Taste of Quebec and others. I was surprised to hear he also supplies cheese for 15 Loblaws locations - Loblaws and small cheese producers are not two things I imagined going together. The downtown About Cheese location complements his main business as a supplier, which is located on Yonge St. between York Mills and Lawrence. 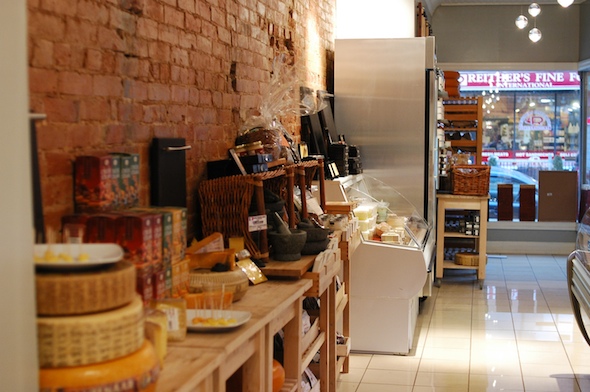 During my visit, I also learned the finer points of being a "cheese snob," as Cole put it. There's a lot more to eating cheese than I ever realized. First, he said, the cheese should be at room temperature. Next, take a deep breath, letting the smell of the cheese permeate your nostrils. Warm it up by rolling it around with your fingers, then smell it again. Finally, put the cheese on the centre back of your tongue and mash it onto the roof of your mouth. Your whole mouth will be coated in cheese ensuring a full tasting experience, one that sure beats my usual method of eating it on crackers. 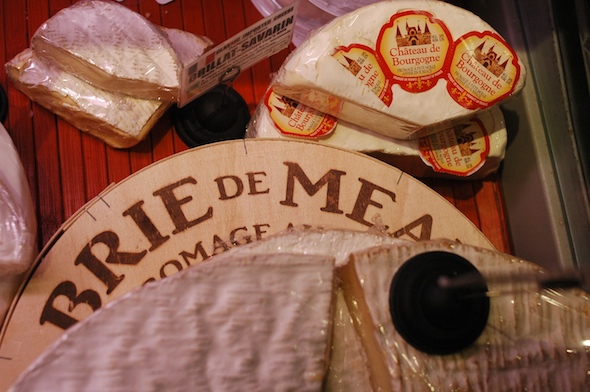 All in all I was impressed with the About Cheese experience. John and Keir, who were working when we visited, were super knowledgeable and friendly. John lived in France for a year making cheese and Keir has worked as a chef in restaurants throughout the city, so they definitely know their stuff. About Cheese also features some interesting items including jars of exotic spices that come from a real spice trader, and a rare (and delicious!) variety of prosciutto.

Cheese tasting sessions are held at their uptown location at 3467 Yonge Street. The next one is the evening of March 26. For more information about the shop and the cheeses they stock, check out About Cheese's website . 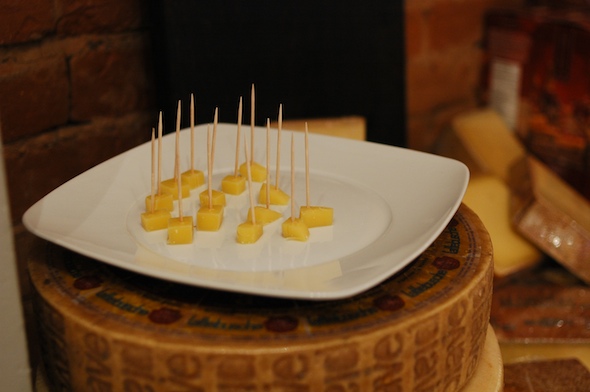 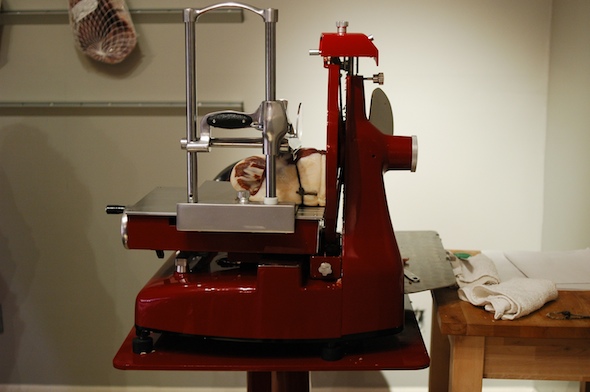 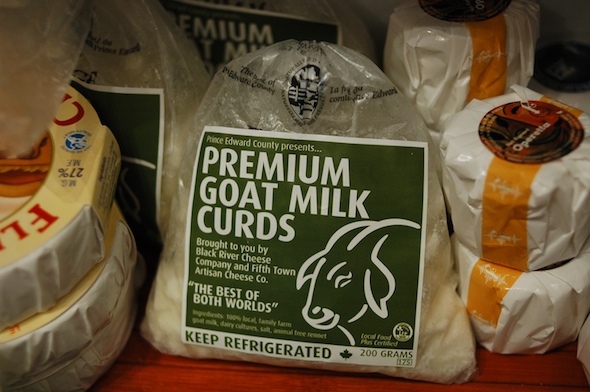 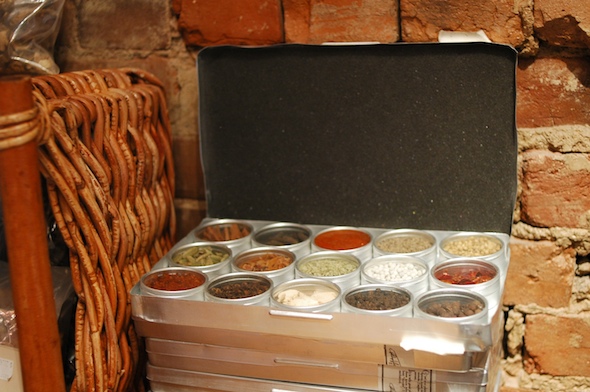 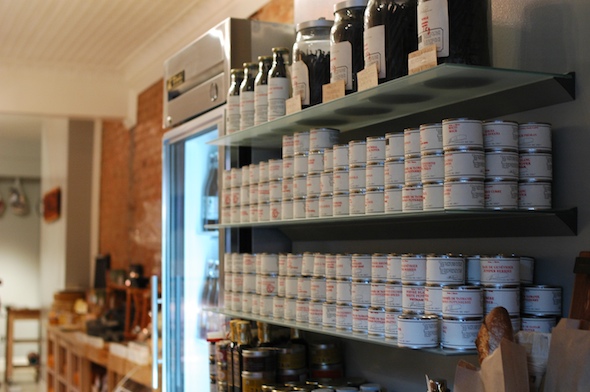