A retired child actor who made us all smile in a critically-panned but still beloved comedy movie is finally beginning to understand what his small but memorable part meant to a generation.

When a previously-unknown filming location was revealed for the 90s cult hit Billy Madison earlier in November, there was a bit of a debate about which movie screenshot to use for the story.

What we went with was a still from the infamous scene where Adam Sandler says the oft-quoted line "peeing your pants is cool," featuring the character "Ernie" standing forlorn and damp in the background.

It turns out this was the correct choice, as the mother of the actor who played Ernie saw the article and reached out to blogTO, getting us in contact with the long-retired child actor for an exclusive retrospective look at his brief career.

After receding from the spotlight shortly after his breakout role and starting a new life in advertising, Toronto-born Jared Cook made an uncharacteristically public move upon learning of the death of fellow Canadian and Billy Madison co-star Norm Macdonald, posting a picture of the two together on Reddit.

The post has since garnered over 100K upvotes and led to Cook participating in a Reddit AMA, where he revealed that the famous pee in his pants was a mix of water and baby oil. 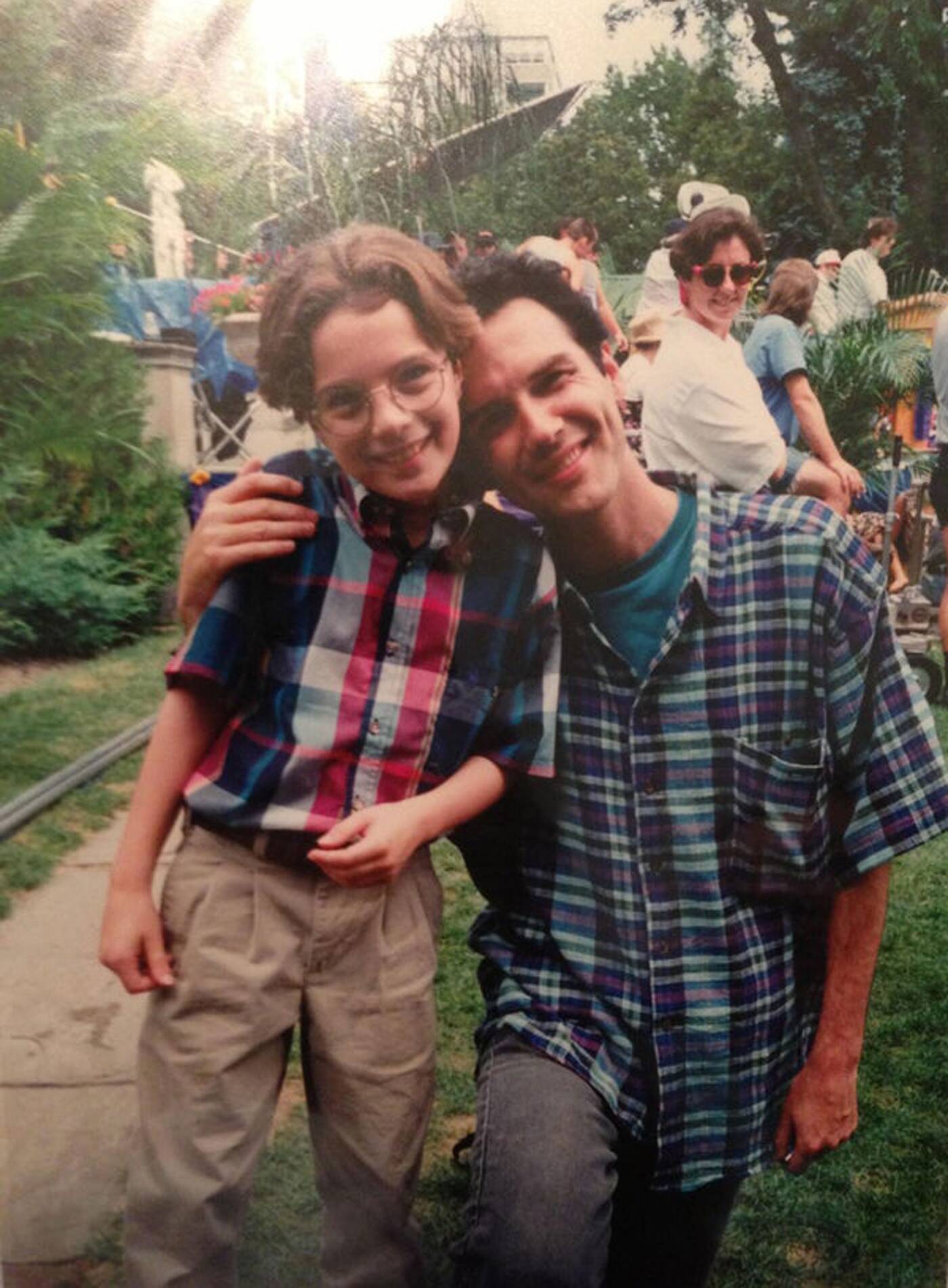 Jared Cook in costume as Ernie, posing with Norm Macdonald on the set of Billy Madison in 1994. Photo courtesy of Jared Cook.

His positive reception on Reddit is helping inspire Cook to embrace his past and come to the realization that "people obviously have very positive memories of this movie and me being in the movie. And there's nothing wrong with that."

"If you had asked me a few years ago, I probably wouldn't have wanted to do anything like this," says Cook. "I didn't really embrace it that much. After the movie, I was kind of embarrassed for a little bit. And I tried to avoid it for a very long time. I never brought it up."

But people change, and the things that embarrassed us in our younger days can now be worn as badges of honour.

"I guess I'm older, a lot older now," says Cook. "So now I'm just like, 'it's a really cool thing that happened,' and I can acknowledge and appreciate that."

Rewinding the clocks to how it all began in 1994, Cook tells blogTO about how he auditioned for the role, falling starstruck upon meeting Adam Sandler for the first time.

"I guess it went well, and then they brought me in for a callback. I walked into the audition, and Adam Sandler was sitting there. I was not ready for that," says Cook. "Nobody had prepped me, so I was totally taken off guard." 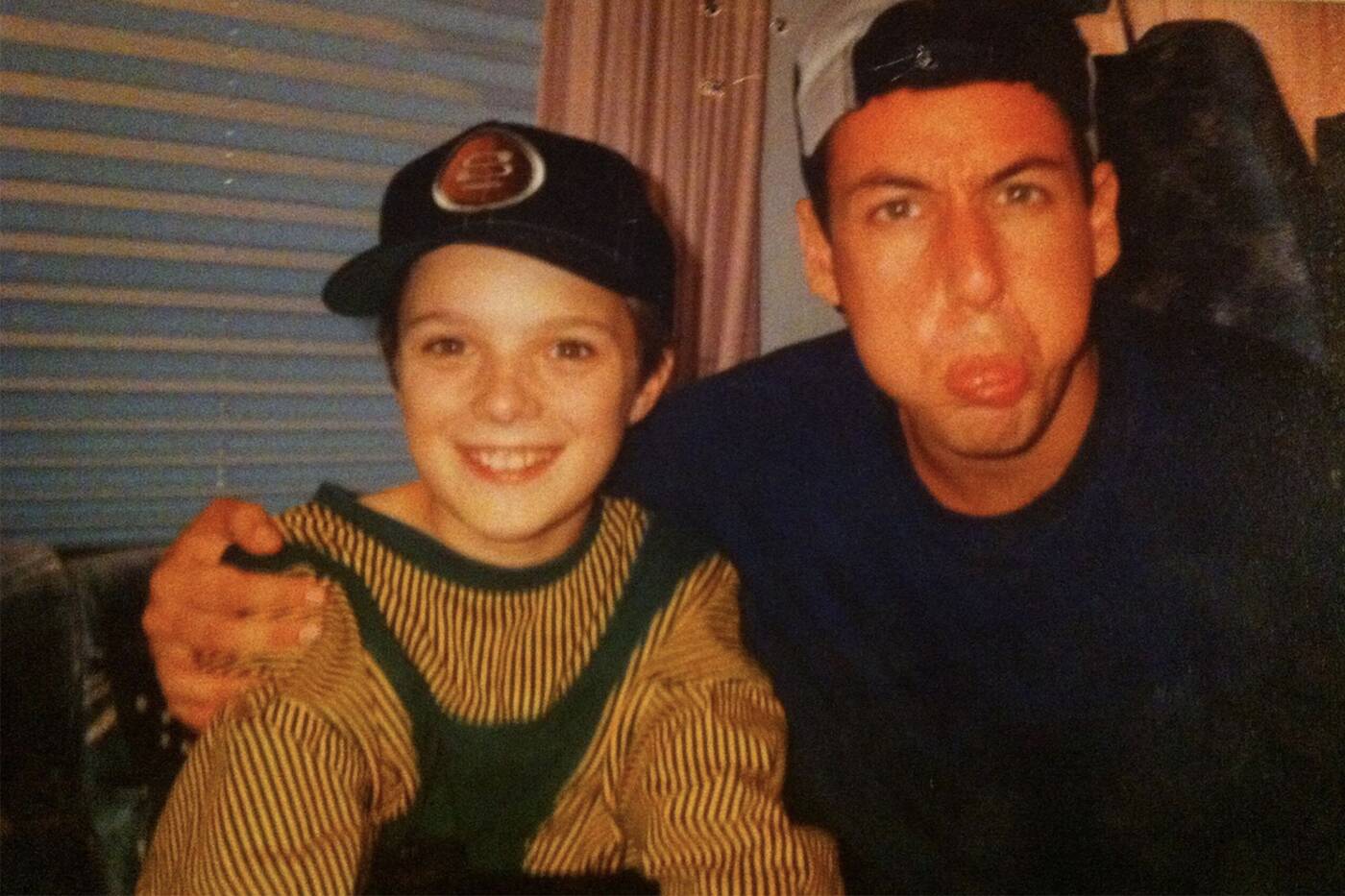 Jared Cook poses with Adam Sandler during the filming of Billy Madison in 1994. Photo courtesy of Jared Cook.

Cook recalls being a massive Saturday Night Live fan at the time, despite only being ten years old. "I'd stay up late on Saturdays and watch starting life with my friends. So when I walked in the room, I see him sitting there. I think I was probably really nervous and awkward. And I think that probably worked to my advantage."

"You know, that's kind of the character of Ernie anyway. And so I read the lines. I didn't really feel either way about it."

After the audition, Jared's mother, Marlene, was apprehensive, saying, "Almost every child actor went for this role. I didn't want to get his hopes up." The two went out for Dim Sum, Marlene hoping to temper Jared's expectations amid fierce competition.

But Jared surprised his mom at the table, confidently telling her, "I got the job; I’m going to be in this movie." She tried to prepare her son for disappointment, but he reassured her, "no, Adam winked at me and put his thumb up when I left.

It wouldn't take long for Jared's claims to be confirmed. "By the time we finished eating, I had got a message and called back the agent. Jared got the role," said Marlene.

While Marlene remembers it clearly, parts of her recollections were news to Jared, who says "It's really sweet to hear that because I never actually knew that part of the story. I didn't know my mom brought me there, thinking that there could be a disappointment coming."

"She was trying to soften me up. That kind of changes my perspective on that day, but it's really cool."

Jared clearly remembers learning of the life-changing news in the foyer of a cheap Chinese restaurant on Gerrard Street, being rewarded with the rest of the day off school.

That feeling of elation wouldn't last, Cook admitting that he never really loved the attention or thought about the long-term consequences.

"I don't really think I spent a lot of time thinking about like, 'what's this gonna be for my life?’ I'm ten years old. I don't think I have that foresight. All I cared about was that I got to hang out with Adam Sandler for the summer."

But what was Adam Sandler like when the cameras stopped rolling? Apparently, exactly what you'd hope from the comedian in his prime.

“He was amazing from the beginning," says Cook. "I remember we did a table read. I showed up with my grandmother, and we shared an elevator upstairs. He was talking to my grandmother and telling us about his grandmother, making jokes."

"He had his guitar, and he was just kind of freestyling and writing songs about us while we were right there on the spot. He lived up to all expectations."

Cook felt nervous on the set of a big production, but Sandler was always there to make the children in the cast feel comfortable in their roles.

"It disarmed me a little bit, I think. We were shooting the scene on the bus, and he fully just picked his nose and pointed his finger at me. It was disgusting. But, at the same time, I was like, 'he's one of us.' It didn't feel like a job."

As for leaving the film industry after his breakout part, Cook admits he wouldn't change a thing if he had the chance, saying he'd take that role "100 times out of 100," but he's still happy to have gotten out of the business when he did, sparing himself the misery faced by many child actors.

"Sooner or later, I probably would have stopped being desirable, the phone would stop ringing, and I'd probably just fizzle out."

Though he did feel embarrassed about the role through the more awkward years, Cook has grown to appreciate all that it's done for him. "Everything that's come from me being in that movie has been amazing and positive."

Now a family man with a wife, a five-and-a-half-year-old son, and an eight-month-old baby girl, Cook is unsure when he'll let his little ones watch Billy Madison for the first time, though he's discovering new fame through children of friends seeing the movie for the first time.

"I have friends who have kids now that are seven, eight years old. And they're like, 'oh, they want to meet you, they just saw Billy Madison.' It's amazing to me that there are these young kids watching the movie now, after all these years and still enjoying it."