We've been spoiled with Suicide Squad production photos over the last few days, including some detailed looks at the new Batmobile. During the first few shots of the chase scene between Batman and the Joker, however, the former was nowhere to be found. 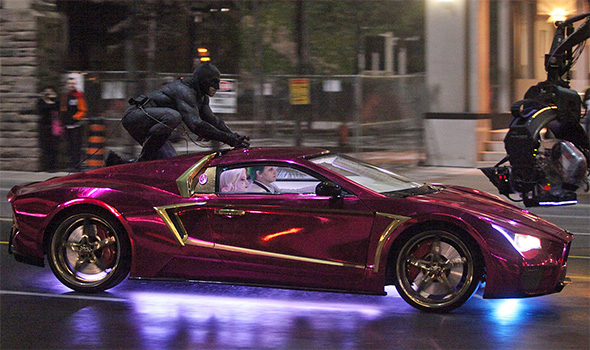 That wasn't the case on Wednesday night, when Ben Affleck a square jawed stuntman showed off the the fancy new Batsuit as part of further filming related to a key chase scene between the Dark Knight and the Jared Leto's new neon green-haired Joker. And, hey, the dude looks pretty natural as Bruce Wayne's secret identity. This will be a less brooding version of Batman, to be sure. 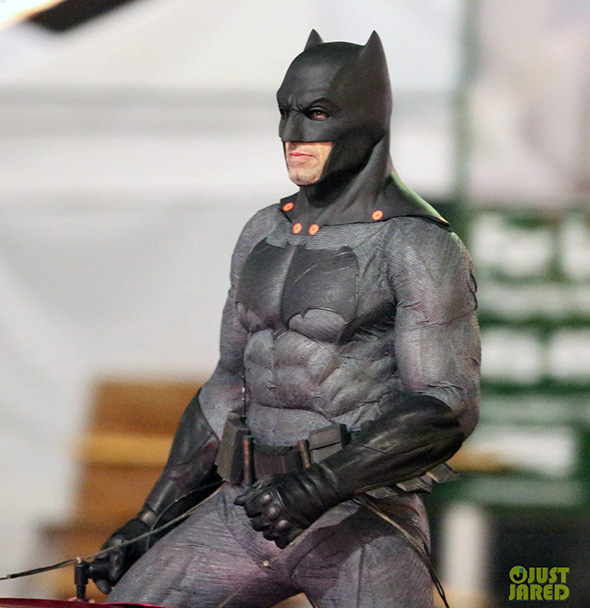 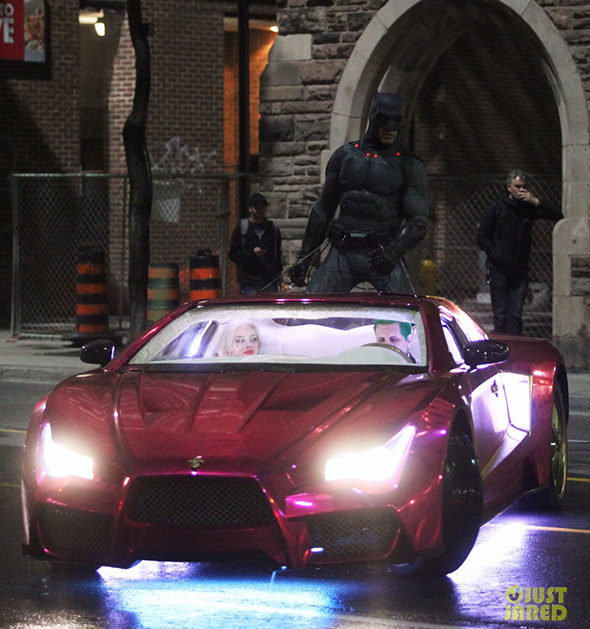