You've probably heard of drive-by celebrations during the socially-distanced times of COVID-19, but a boat-by wedding is a bit less common.

JJ and Janine Hammer had help from Ben and Jessica Mulroney to pull it all off at their Muskoka wedding this past September. 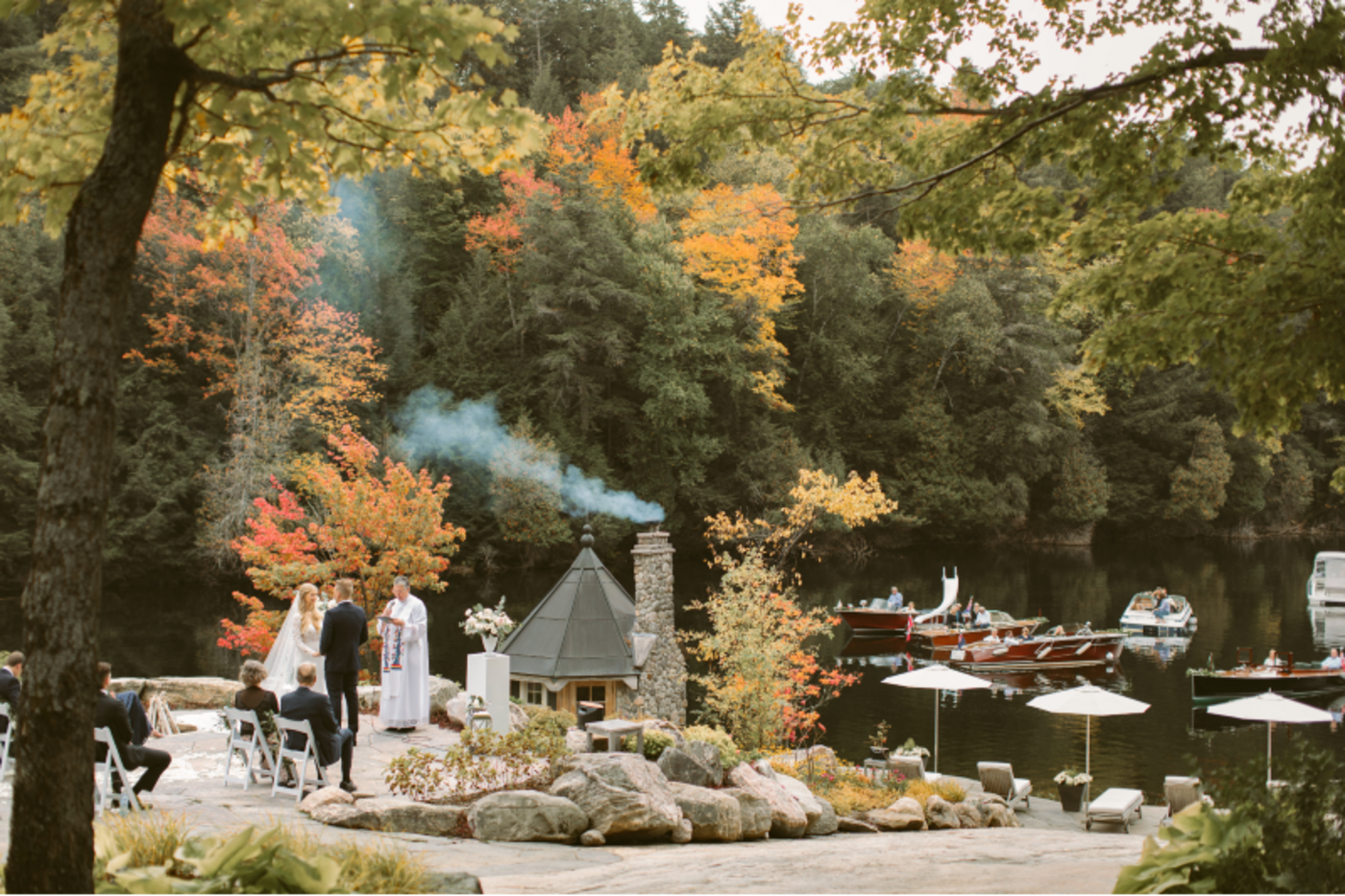 The Toronto couple got married at a cottage at Little Lake Joseph where JJ proposed the previous summer.

When the couple realized their wedding plans would have to change due to the pandemic, they decided to instead have most of their guests watch from the water as they said "I do."

"[JJ] had the idea to invite a few friends and family to come by boat and watch from the water. He was inspired by all the 'drive-by' graduations, birthdays and weddings we were seeing – he thought, 'why not do a boat-by?'" Janine told blogTO.

After Janine met Jessica through a friend, the wedding and fashion stylist offered to help plan all the details down to adding florals to the boats to tie everything together. 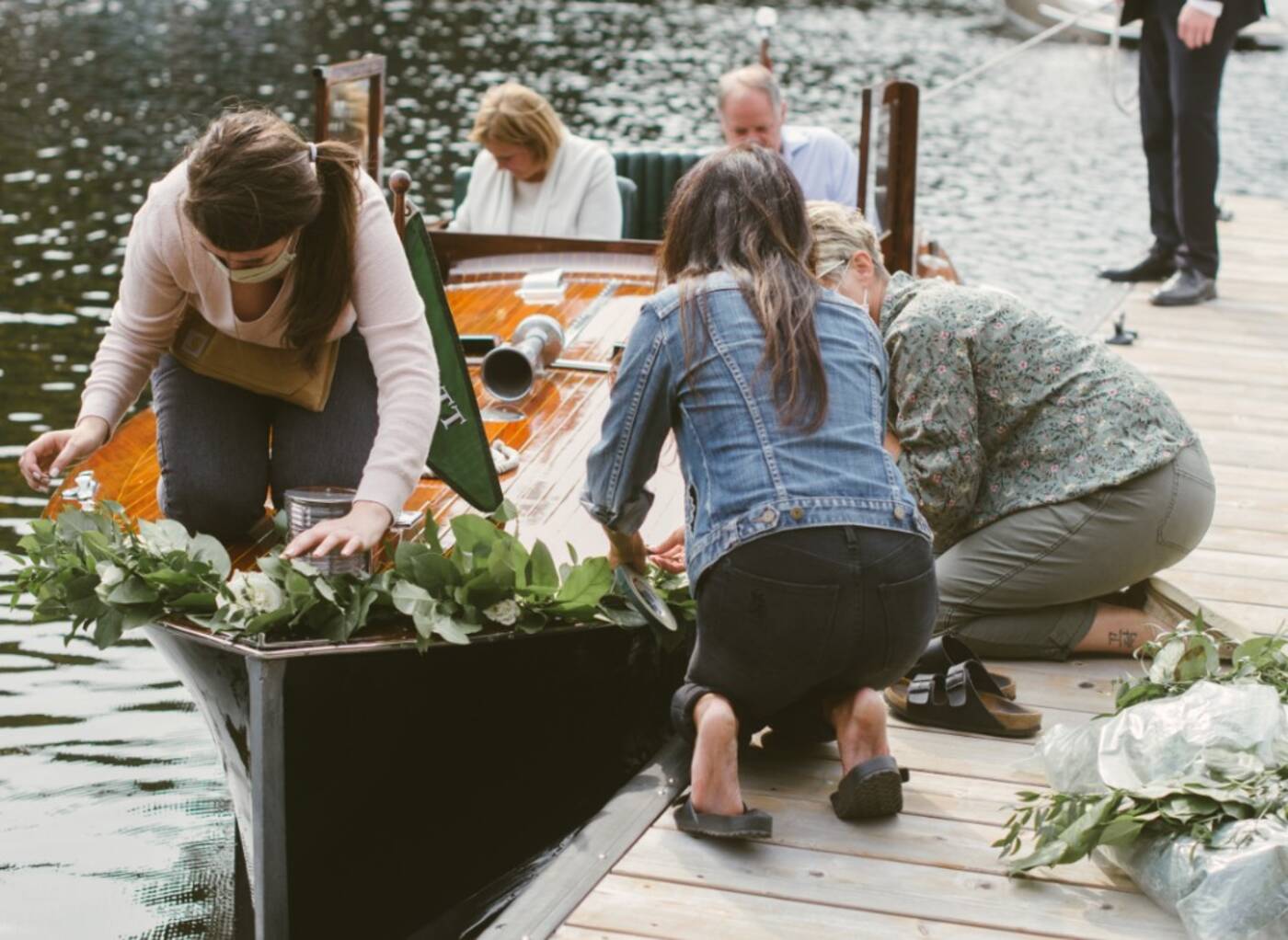 Each boat came up to the dock upon arrival to be adorned with flowers, which Jessica suggested to tie the day together.

Her husband, Ben Mulroney, host of Your Morning and former host of etalk, was also there bartending and helping Jessica decorate and set up for the day. 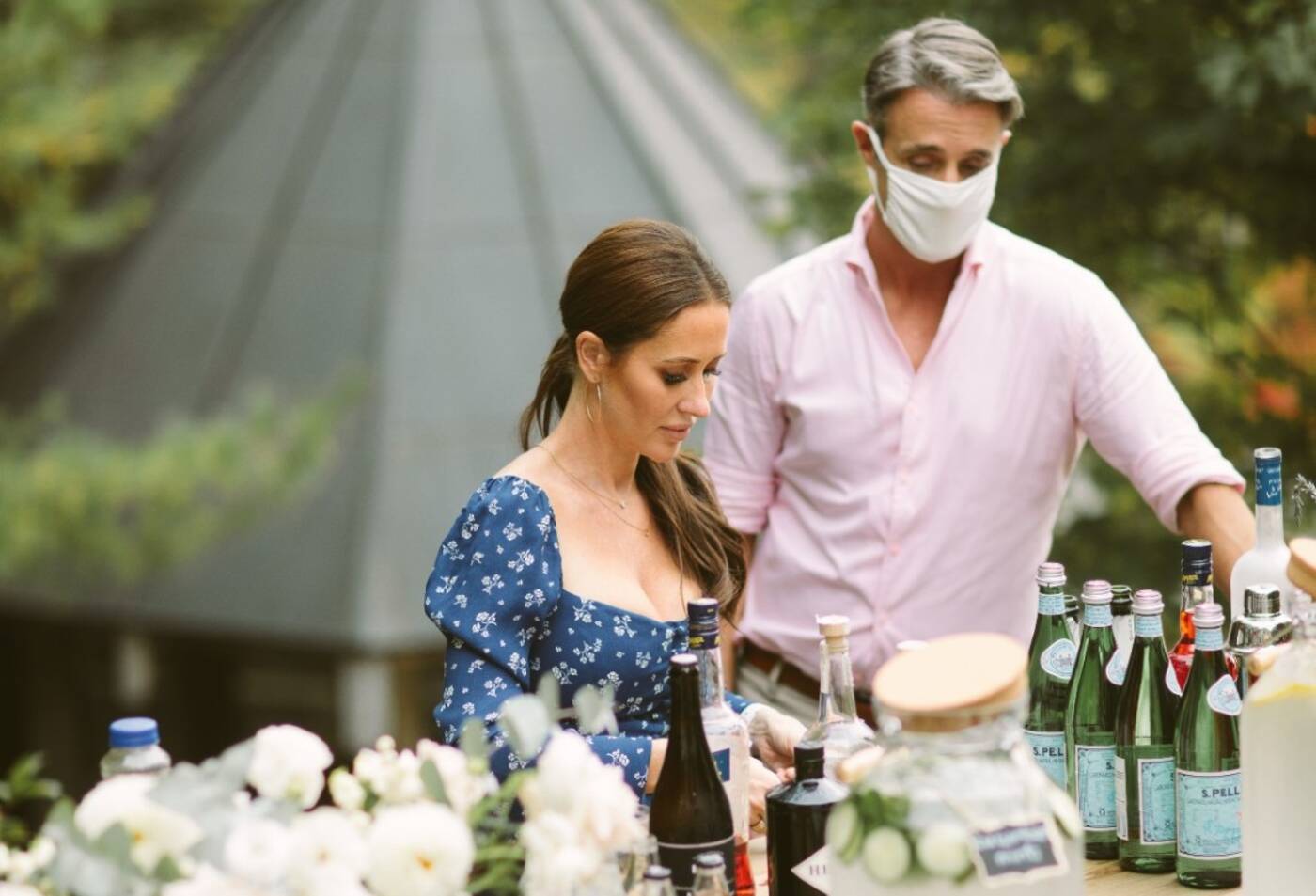 The couple took on a duo bartender role during the wedding.

He was also the MC, with speakers set up so that the guests could hear from the boats. 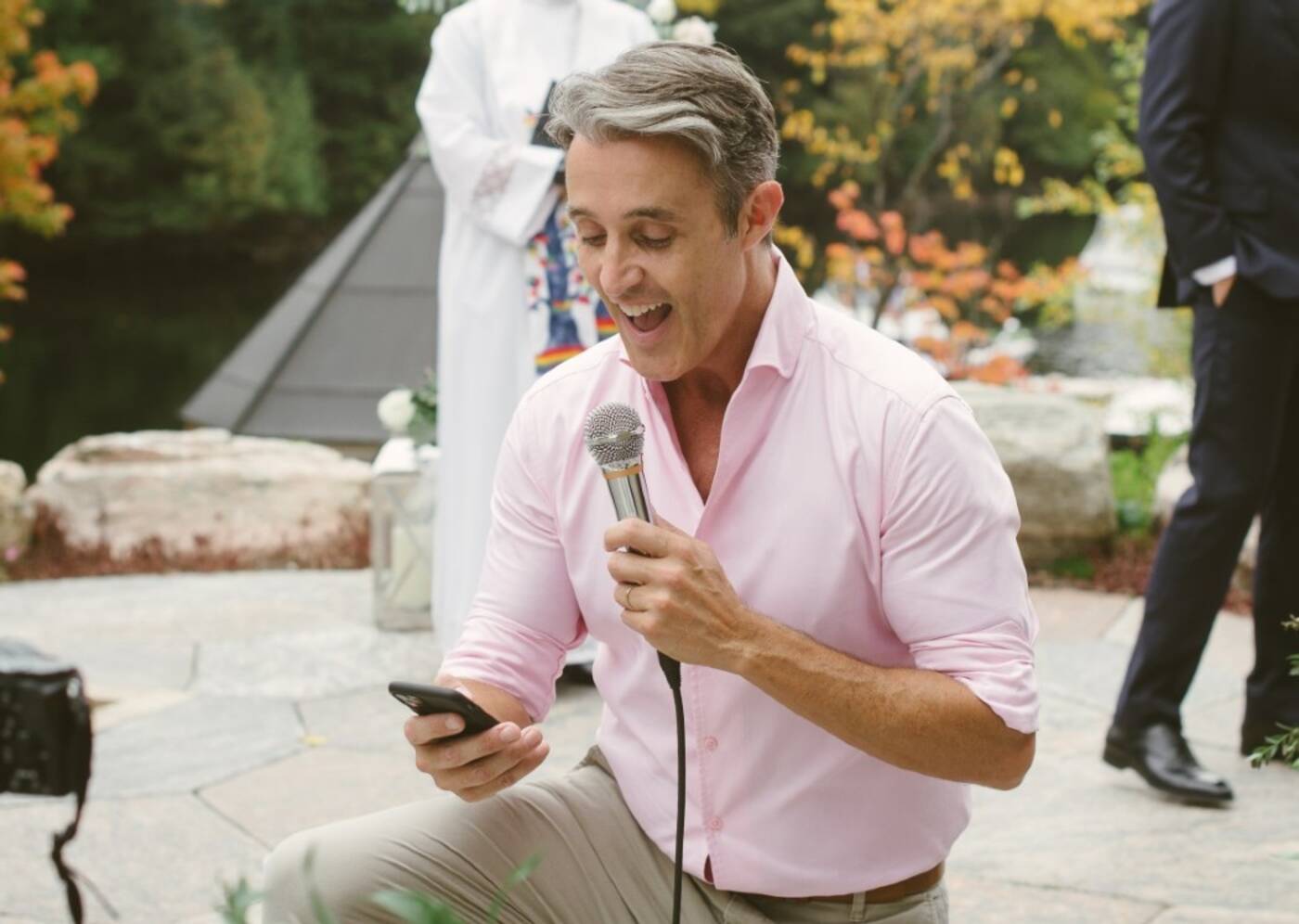 The former etalk host was the MC for the guests on land and over Zoom. Speakers were also set up so those watching from boats could hear.

"Because our main concern was safety, and limiting the number of external people coming outside of immediate family, Jess and Ben offered to help out in any way they could," Janine says. 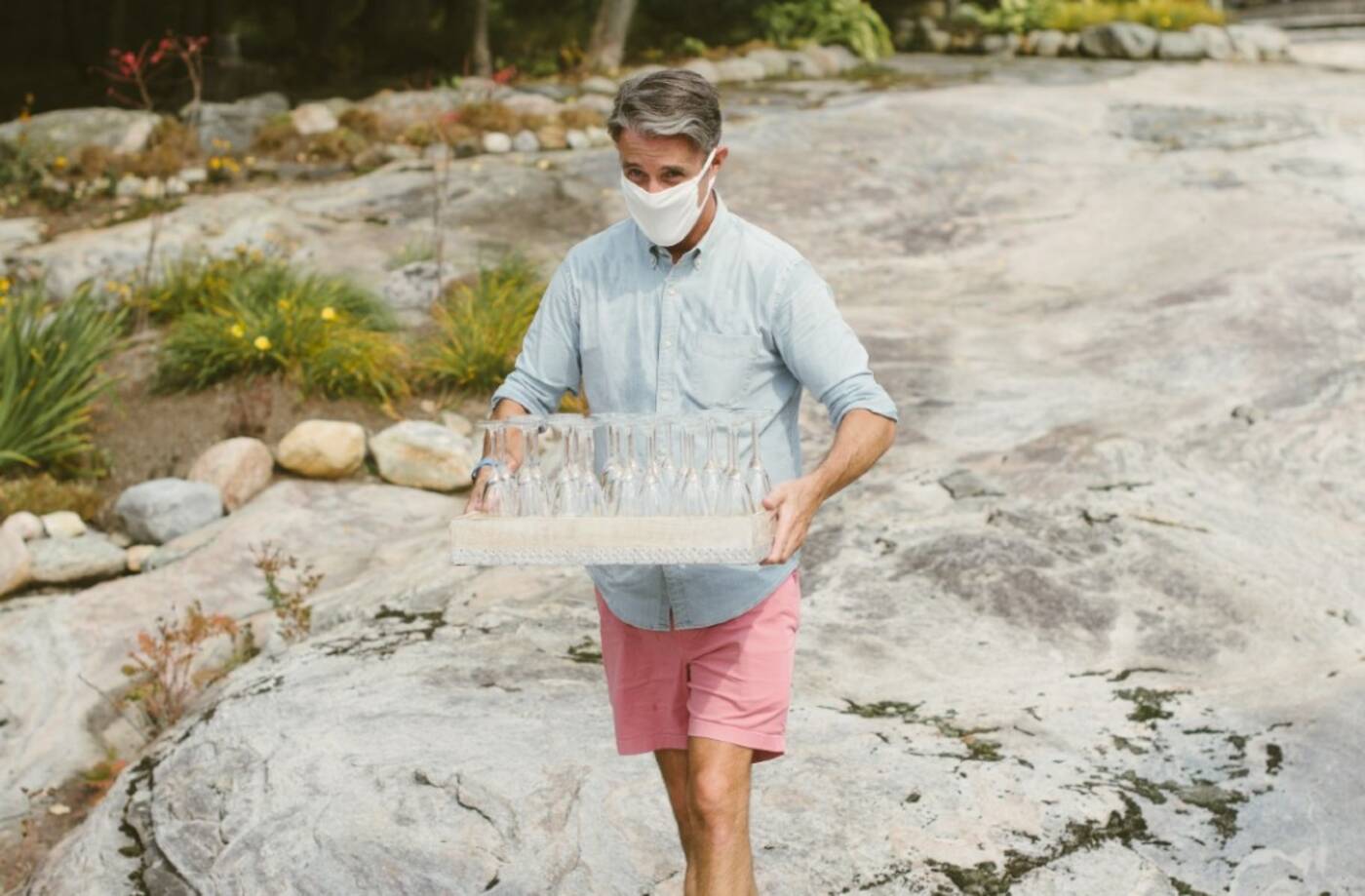 Ben and Jessica Mulroney were there to set up the ceremony, the bar and all the decorations.

With eight members of their immediate family seated on-shore, about 150 friends and family tuned in over Zoom, and 50 others watching from anchored boats in the bay, the ceremony began.

"The officiant involved all of the guests – she had the people on Zoom wave and the boaters honk their horns to show their support for the marriage," Janine said. 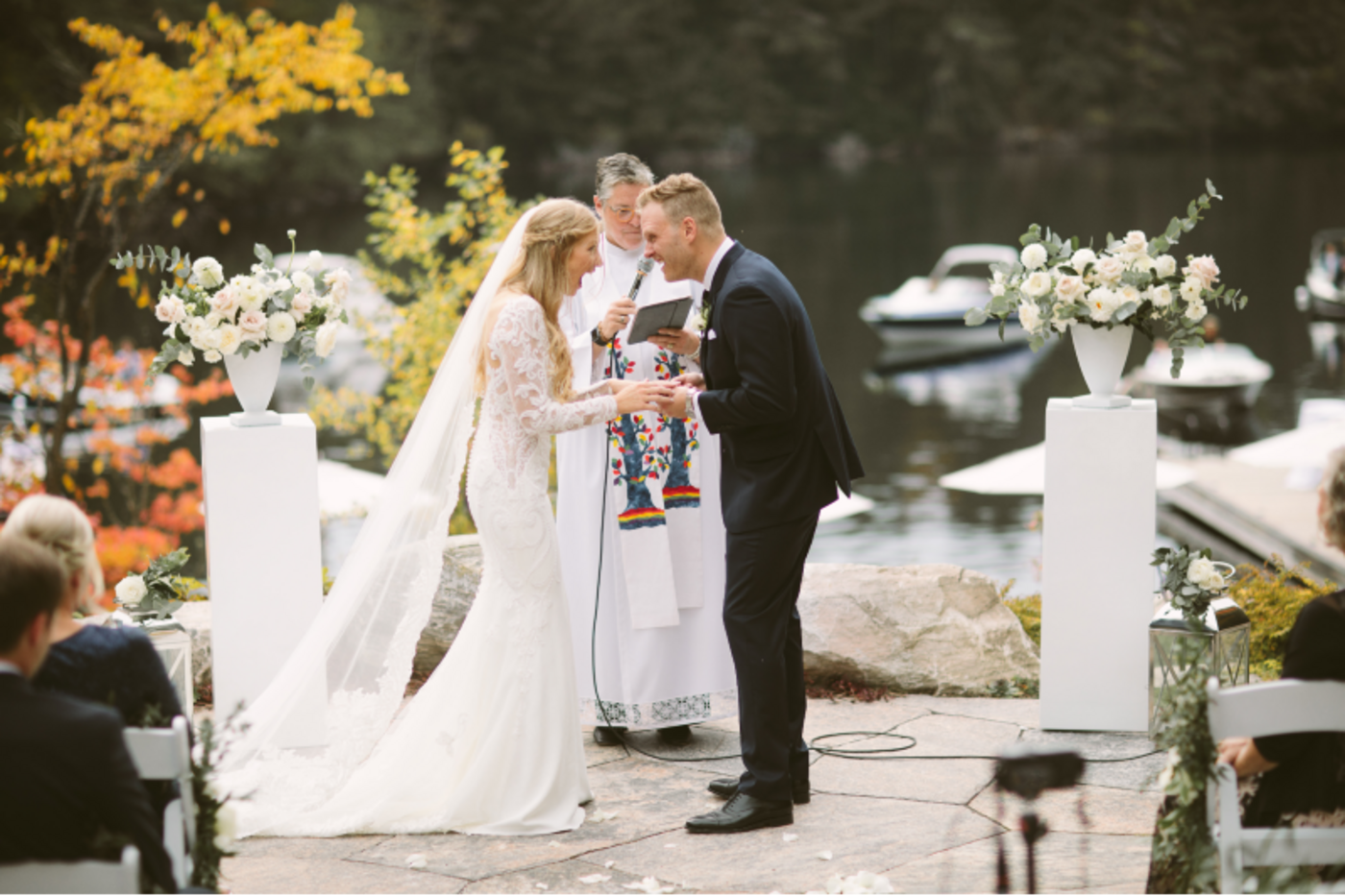 JJ and Janine had been planning their wedding, which originally included a 150-person guest list, for seven months before COVID-19 struck.

"Looking down at all of the smiling faces of friends and family in their boats during the ceremony was just incredible. It made us feel so happy and so loved to see them all there."

The couple and their family had to get a little creative to keep the boats distanced and in place. 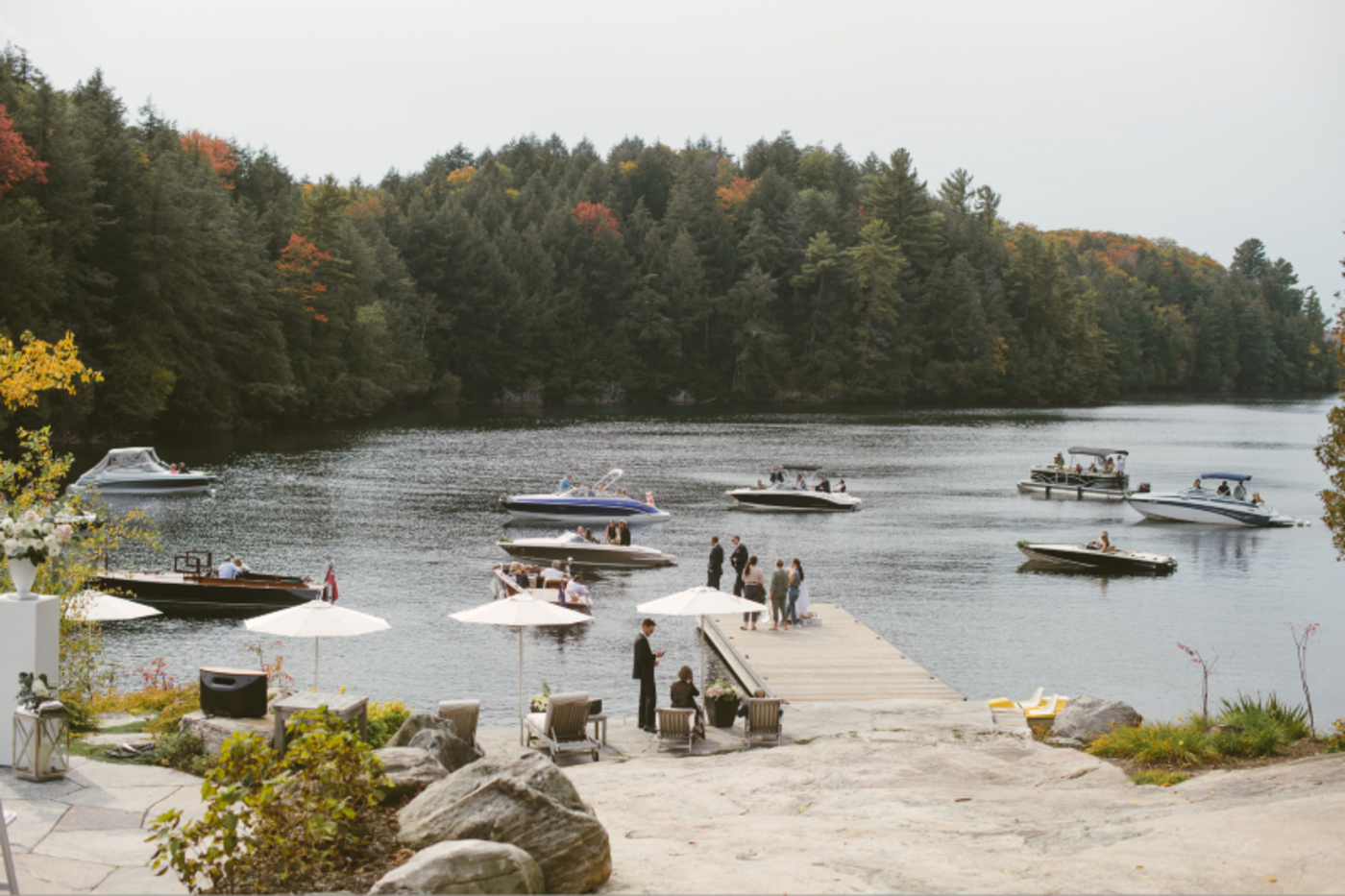 Mooring lines and scuba diving equipment was used to keep the boats anchored and distanced during the ceremony.

"The father of the bride devised a plan to deploy anchors shaped in an arch facing the ceremony spot, with mooring lines for the boats to easily tie to," said Janine."Scuba diving equipment was even involved."

After the ceremony, the couple's guests each came by the dock to offer their congratulations from a distance.

"It was so fun to socialize with them from a distance during the boat procession – after spending six months barely seeing anyone," Janine said.