Fashion doesn't stop for anybody or anything, not even a global pandemic.

Amidst lockdown, catwalks in Toronto continue. This year's fashion events will look drastically different than years past, but anyone planning a show should look to Fashion Art Toronto, who is killing it with their first-ever Virtual Fashion Week. 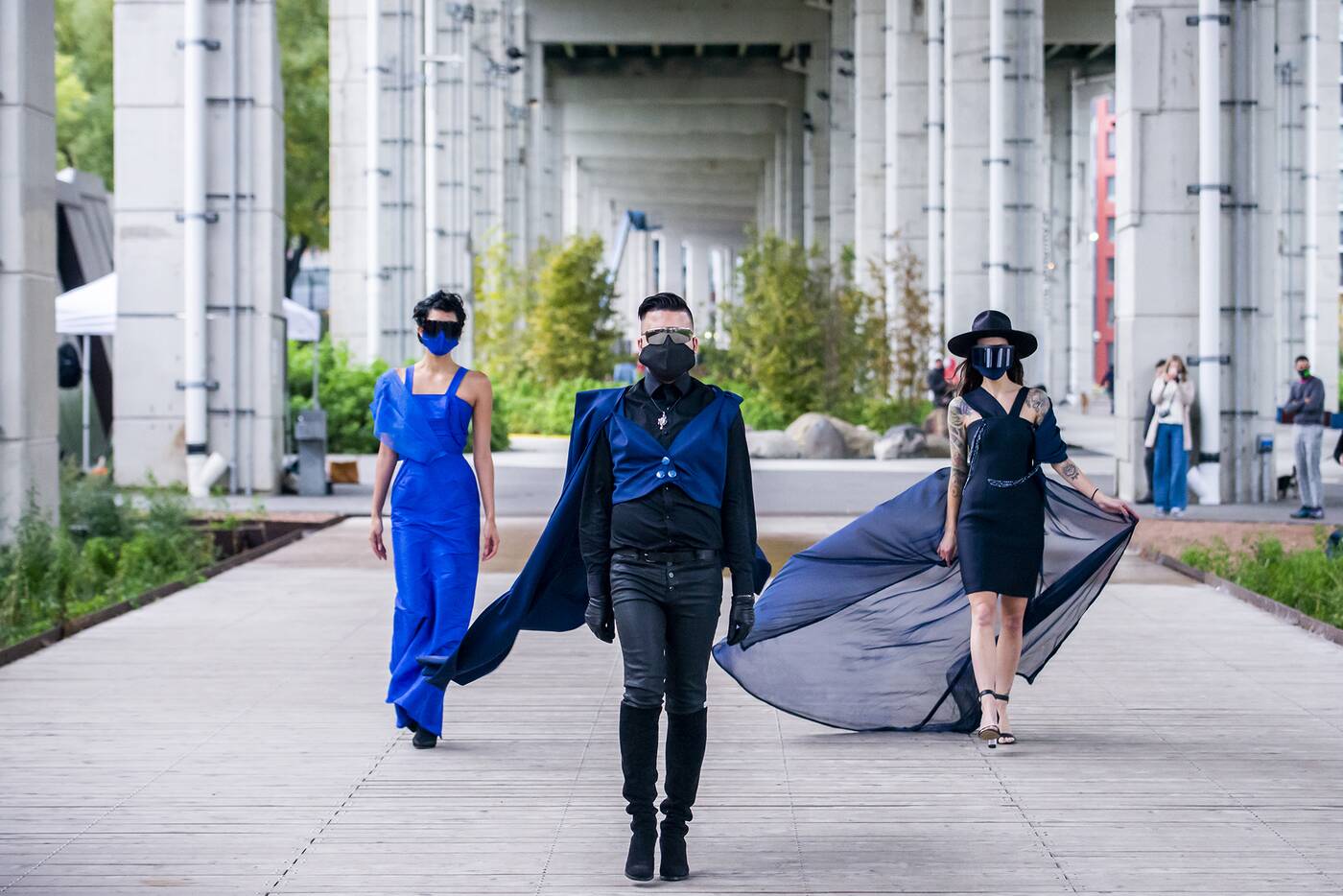 Doing away with packed runway shows, FAT is bringing the fierce to public spaces across Toronto with an extravaganza of live-streamed showcases and performances saved to FAT's IG Live.

Their opening event included a show beneath the Bentway from Sukha and a collection called Hindsight 2021 by designer Andy Jones, whose line was all about royal blues and looks that included matching face masks and sunglasses to boot. 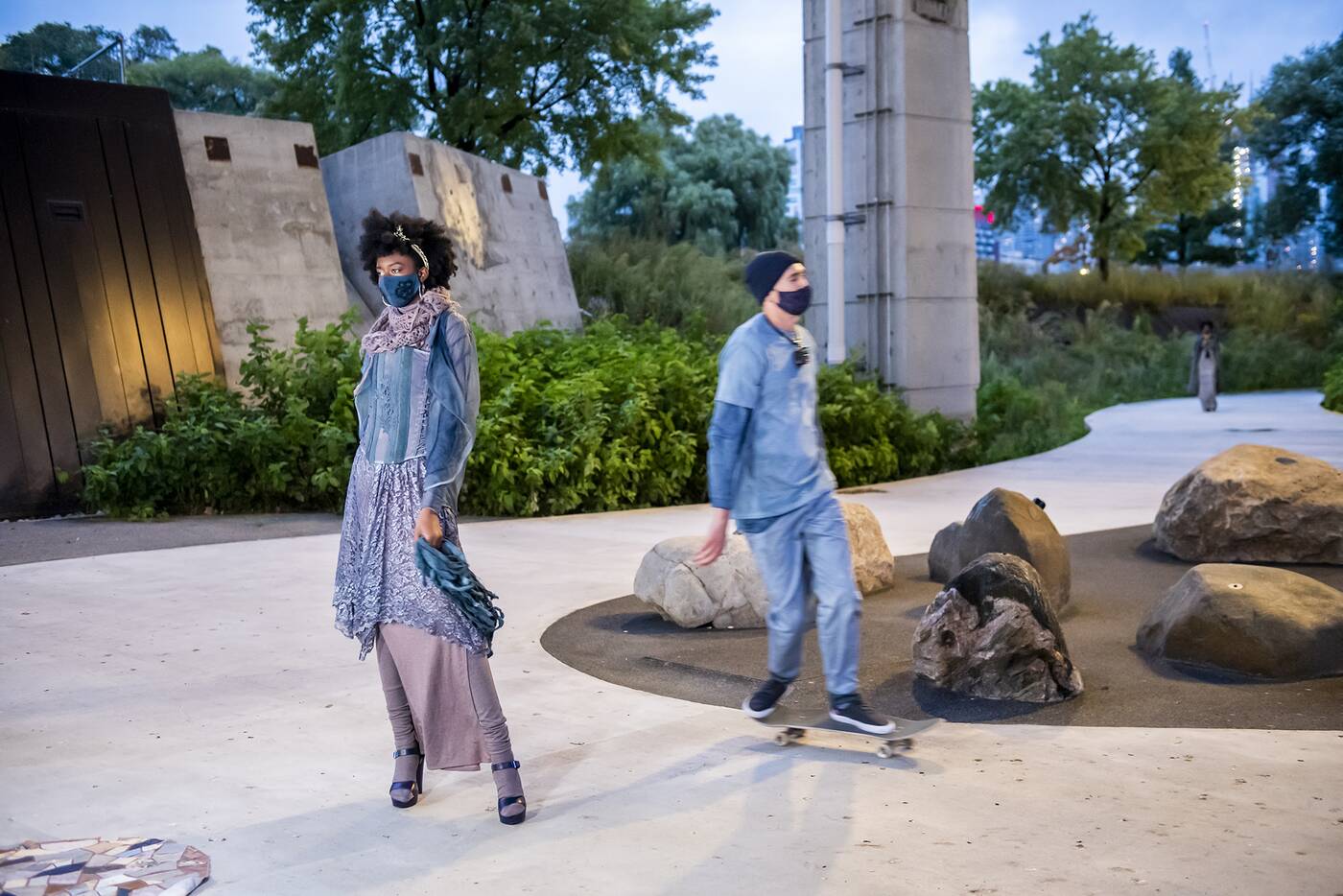 That was followed by looks from House of Mannon. Some models wearing fits from The Pile line were decked out in more fashionable face coverings, in keeping with pandemic looks.

And on other days, the fashion show took over Toronto's Music Garden with a jewellery line from Sylvia Zhang, and an appropriately colourful line from Haus Kamal.

FAT even held had a livestreamed fashion show at Ontario Place. Epic.

The events are private, with just press in attendance (and some casual dog-walkers who happen to pass by).

So far, the Bentway trail has made for one of the more epic backdrops for a runway show. A more recent performance from Toronto artist Roney Lewis was especially memorable. We love an epic live dance performance as much as we love unique use of public space.

FAT runs until October 26. Meanwhile there are other upcoming fashion shows taking place this week, like Startup Fashion Week (SFW), which runs from October 19 to October 23.

SFW has announced most of their events, including the opening party and fashion conference, will be online. They've partnered with the exhibit Immersive Van Gogh to present a digital runway show on October 21.