The Forever 21 at Yonge and Dundas is closing

One of Toronto's most popular Forever 21 stores is officially shutting down at the end of the month.

The fast fashion retailer's two-storey location at the northwest corner of Yonge and Dundas is slated to close by March 30 or March 31, according to sales associates

It will merge with the Forever 21 on the bottom floor of the Eaton Centre next door. 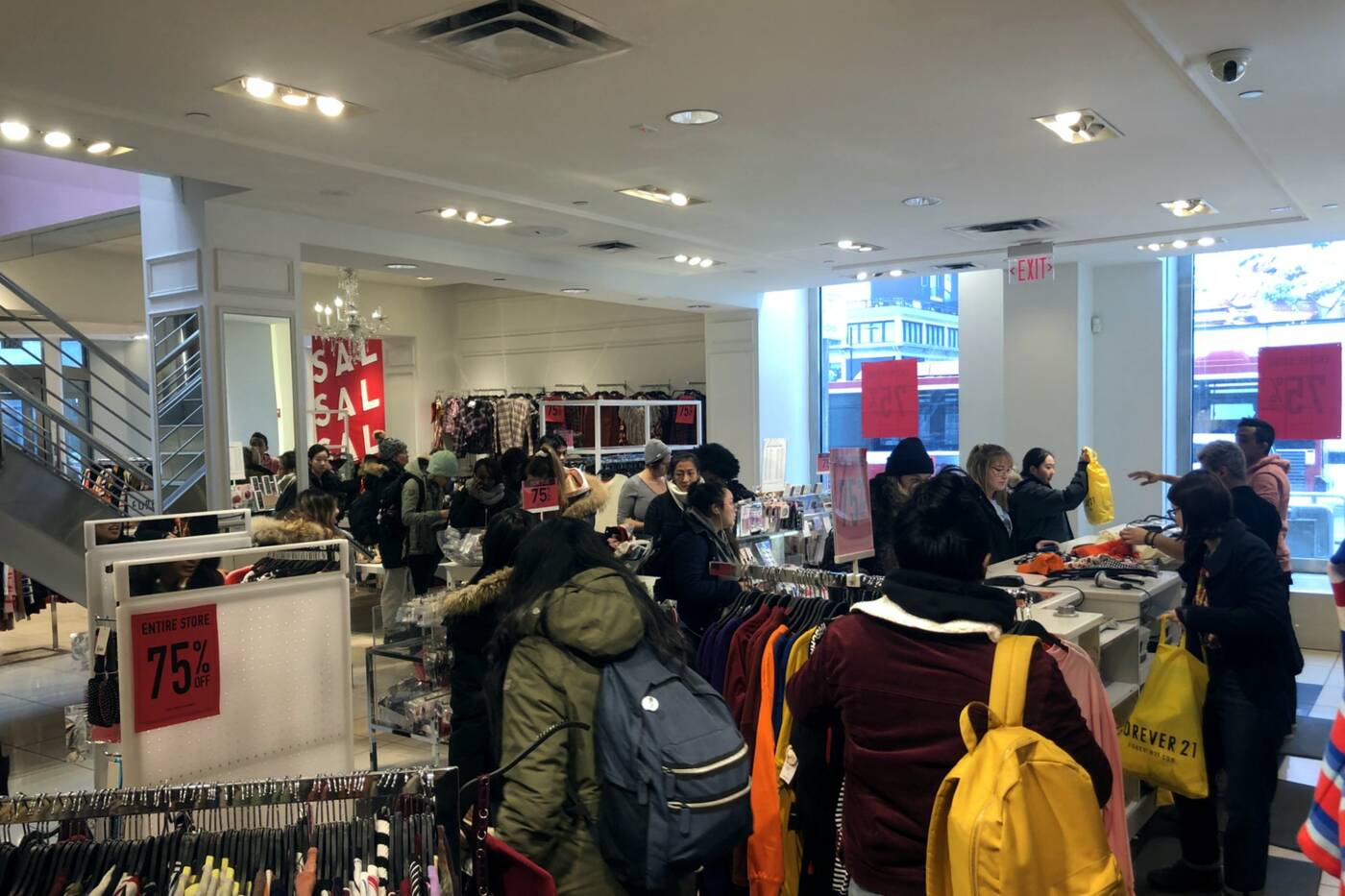 All the merchandise at the Forever 21 at 302 Yonge St. is currently 75 per cent off. Photo by Tanya Mok.

Shoppers are already swarming the store to take advantage of its giant blowout sale, where everything inside is a whopping 75 percent off.

Expect controlled lineups outside the door, especially during the late afternoon.

It's unclear what will replace the retailer in the heritage Bank of Nova Scotia building at 302 Yonge St, in one of Toronto's busiest intersections.