Toronto's flagship H&M revealed its new look at a swanky party last night, featuring Alessia Cara and DJ Taryn Manning (a.k.a. Pennsatucky from Orange is the New Black) before opening for the public this morning.

Along with clothing for all ages, this recently renovated H&M outpost, which is among the top ten largest H&Ms in the world, features affordable (and adorable) homeware, making it a sort of fast-fashion department store. 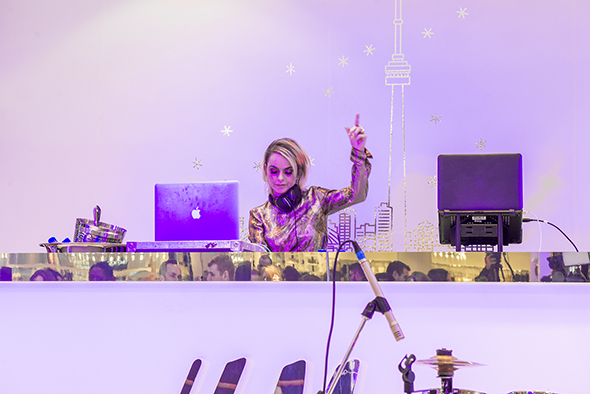 Last night, OITNB fans lucked out because Manning played a two-hour set as partygoers milled about shopping and sipping on pear-flavoured vodka cocktails. At one point, she gave a shout out to the late Brittany Murphy, her friend and 8 Mile co-star (before all of her equipment turned off -- no joke). 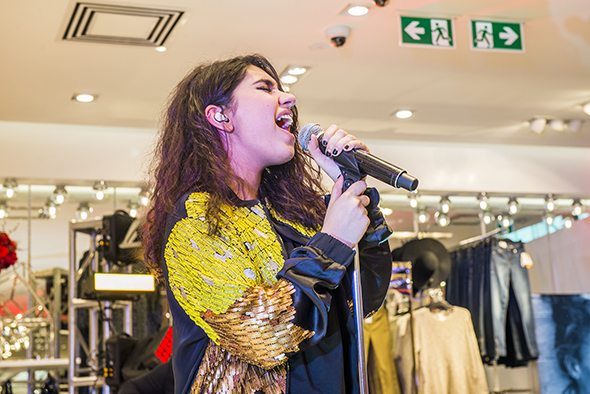 Afterwards, Cara took to the stage and played an acoustic version of "Wild Thing" and her hit single "Here," all while wearing a sequin black and yellow H&M bomber, of course. 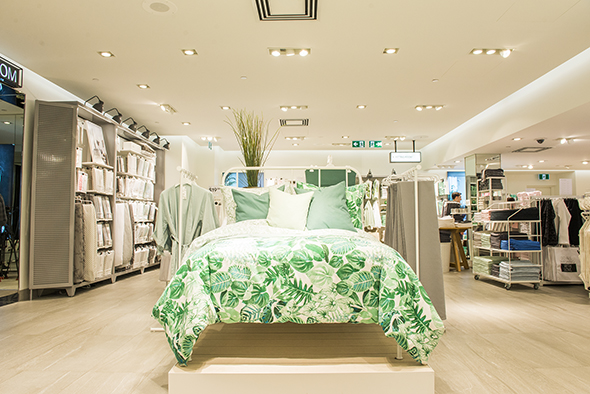 Beyond the pomp and circumstance, however, this location is still an H&M - albeit with more merchandise and much better lighting than before. 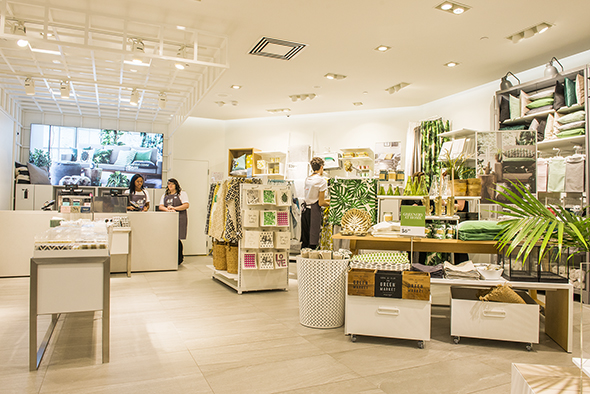 Right now, it features a rather tropical motif. And despite our unfortunate February weather, I couldn't help but to start daydreaming about a patio party after spotting kitschy items such as Warhol-esque banana-printed serviettes, pineapple trays and palm tree bottle openers. 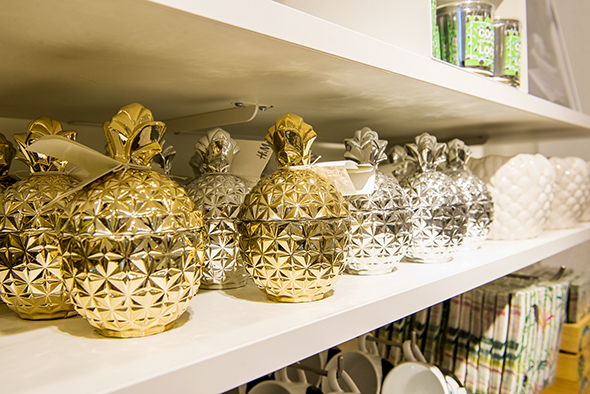 Along with the various seasonal knick-knacks, I also spotted bedding, including a particularly cozy-looking, and massive, grey blanket priced at only $39.99. In general, I didn't experience any sticker-shock while browsing around this department. 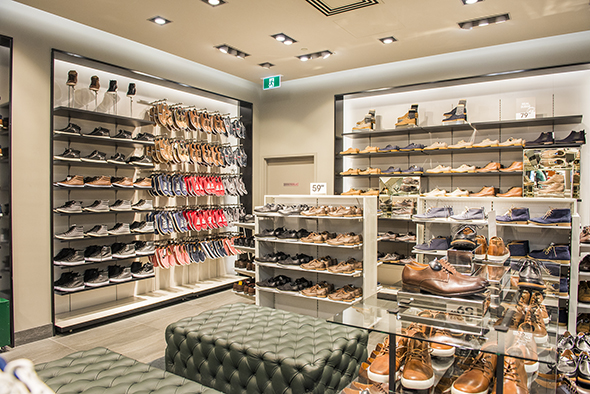 Homeware aside, the store hasn't changed too much, although there's now a much larger men's section, as well as a decent selection of lingerie, athletic-ware and shoes. 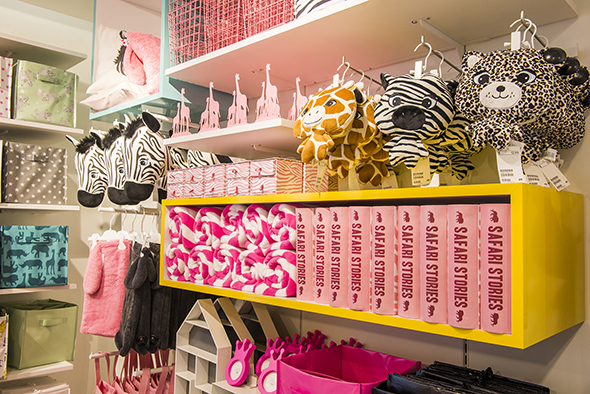 The bottom floor is dedicated to H&M's children line, which along with clothing for kids and babies, it features decorative items and plush toys.

You can shop it for yourself now because after much hype, this H&M is finally open. And it's probably a good thing too, considering this downtown mall will soon be bookended by two luxury (and expensive) department stores. 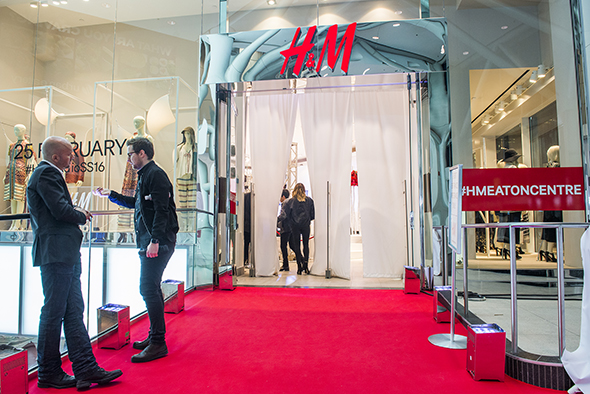