Earth Hour 2010 a disappointment in Toronto

Earth Hour 2010 was a bit of a disappointment in Toronto. Those hoping to catch a glimpse of the city shrouded in darkness were instead treated to a modest display of energy conservation. Even a quick glance at photos from last night reveal a waning interest in the hour-long ritual. 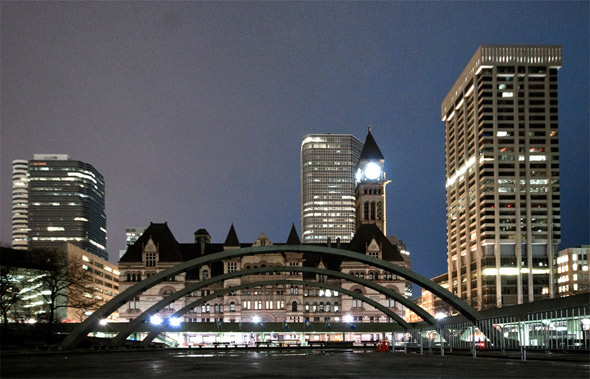 Toronto Hydro reports that the city experienced a 10 per cent power drop between 8:30 and 9:30 p.m. last night. In 2009, on the other hand, Toronto recorded a 15 per cent drop. The temperature, which was 10 degrees colder this year, certainly played a role in this discrepancy.

Even buildings and institutions one would assume to be willing participants -- like the University of Toronto -- remained mostly bright. 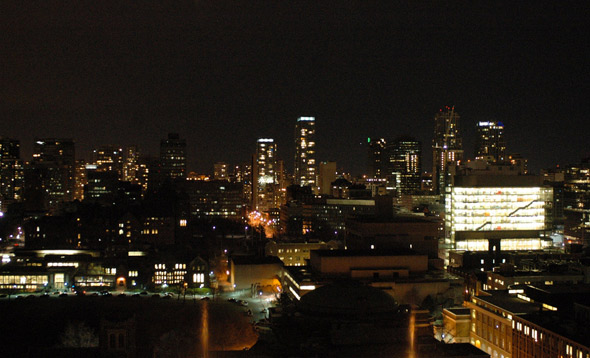 But, of course, that's not to imply that there wasn't any evidence of an effort being made to conserve energy. Still, one can't always trust the camera. With short exposures, almost anything can be made to look dark. 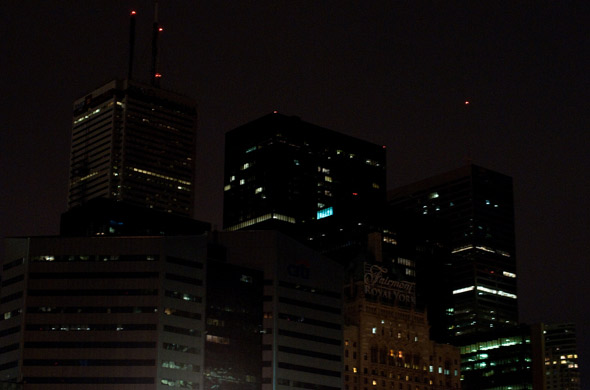 The Royal York Hotel was on board, and seems to have nailed the romantic mood. 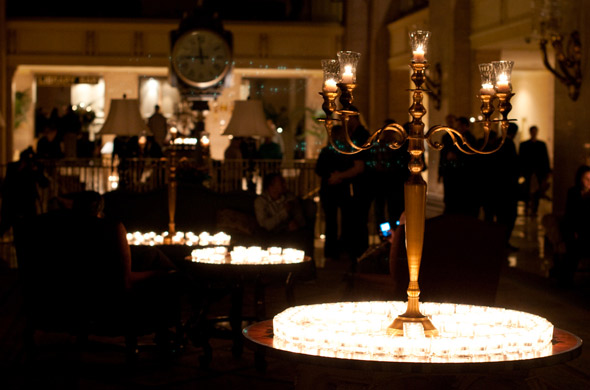 And even if the Roger's Centre and many of the major bank buildingss were mostly lit, the CN Tower was down to only emergency lighting. 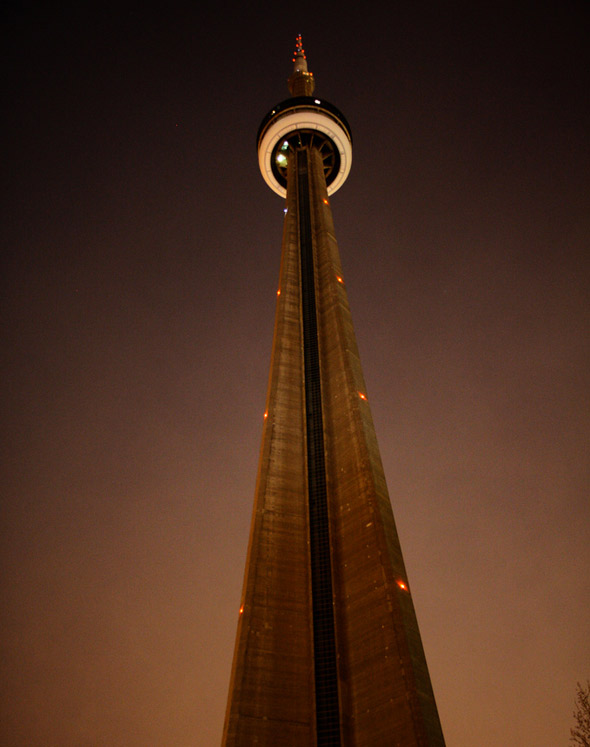 The photo below tells most of the story: Earth Hour 2010 saw a bit of a drop in city lighting and power consumption, but was ultimately a disappointment for those who hoped Toronto would keep pace with former efforts. 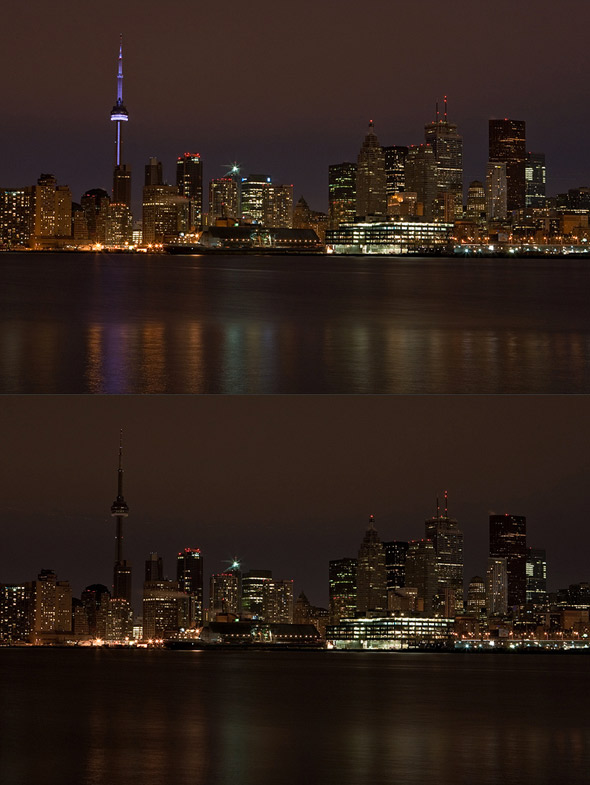 Photos (in order) by denmar, makeupanid, JY:), Orijahnal and a&t photography, all members of the blogTO Flickr pool.