Local artist and eco-minded citizen Franke James decided to do the hard thing first and replace her interlocking brick front yard (parking lot) with plants and an eco driveway (paradise). What she didn't expect was a North York demand for concrete, asphalt or interlocking driveways. But, with persistence, she made one of the city's greenest front yards a reality.

Now, one year later, she is enjoying a lot of green space, and has chronicled her tale online. 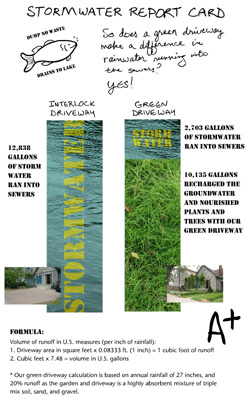 Franke James and her husband decided that to really make their lives greener, replacing lightbulbs wasn't enough. So they sold their SUV and started plans to remove their interlocking brick driveway, which parked four cars and filled the entire front yard area.

Now she can park one car and has wild flowers and trees and grass out her front door. The stormwater runoff has been reduced by 80%, and in a year with near-record rainfall, that makes a big difference at her house. If a lot more Torontonians put in eco-driveways, the relief for the stressed-out Toronto infrastructure would be invaluable.

But for now, Franke is just happy to go out to her front yard and find a garden oasis in place of what neighbours remember being a parking lot. That notion inspired her, to mark her paradise's first anniversary, with a chronicle of the experience to the theme of Joni Mitchell's "Big Yellow Taxi." That song, of course, is famous for the line "they paved paradise and put up a parking lot." While doing the opposite, Franke was blogging, and those stories are also online.

Admittedly, there isn't much about this story I don't like. The determination to take the city to task and the dedication to see the project through are inspiring. But I also love the DIY factor, and of course the ecological benefit is well worth it. Until I have a yard of my own, though, I'll have to be content with a container kitchen garden on the roof, where at least my wife and I collect rainwater to feed the plants (we're a bit long on water these days, though). 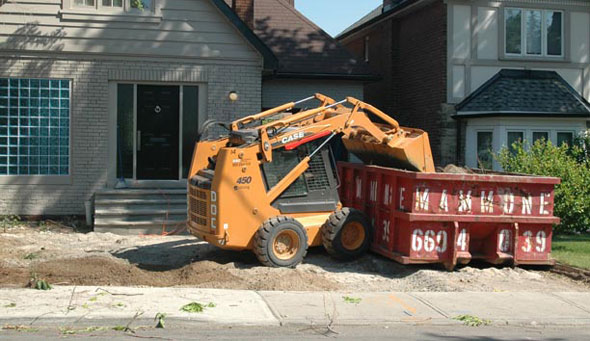