He's not so much a bird-watcher, as much as he was rather curious to know what kind of bird has been attacking him. It turns out that he has an unwanted (and angry and protective) American Robin nesting in a lamp post, very close his front door. He also managed to captured an awesome photo sequence of an dive-bombing attack, and couldn't help but giggle when I saw it. 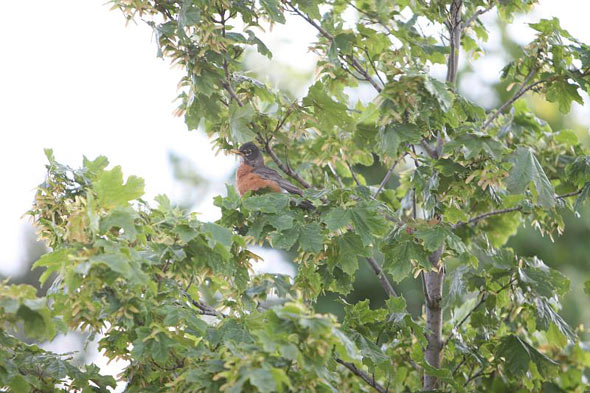 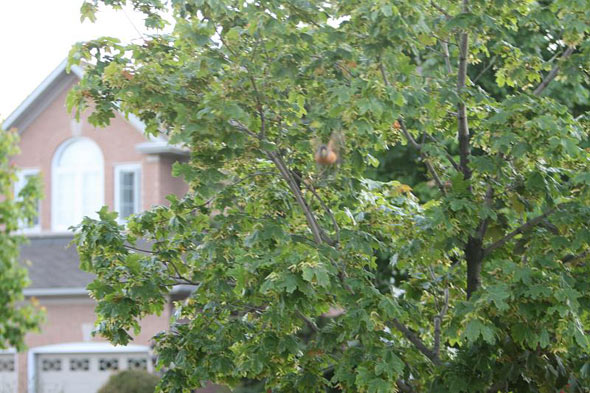 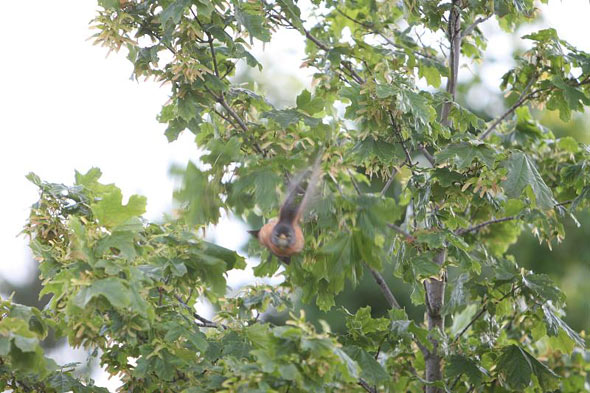 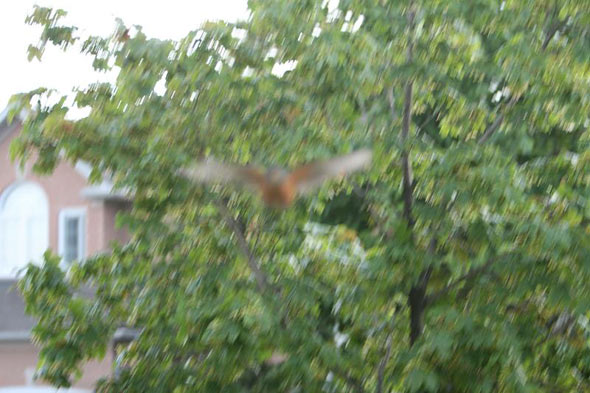 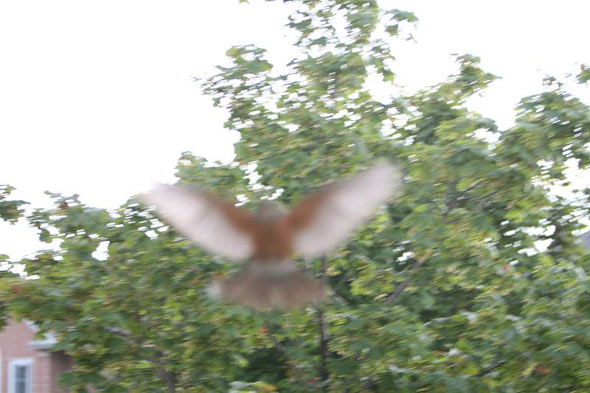 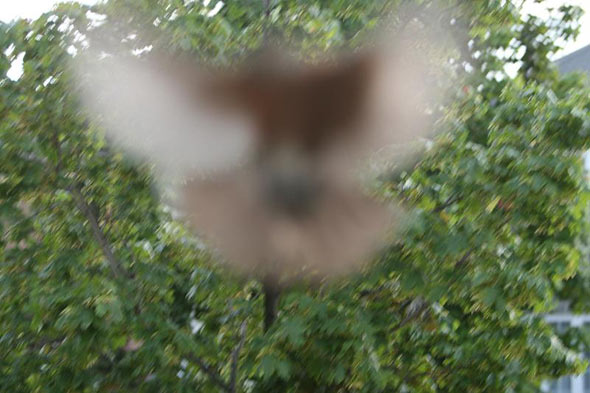 Nicely presented photo story, WKHC. Thanks for sharing it. We can certainly sense the drama (blurring, sporadic zooming, malfocus - this series has it all). Duck!

Hopefully the newly born birds grow up fast, and vacate the lamp post. And in the interim, let's hope this new parent doesn't attack you anymore.

Anyone else have any or their own "urban animal versus human" experiences to share?