Contest Update: Has the Big Brown Mountain Melted Yet?

Today turned out to be a windy, but beautiful day. While snow is mostly out of sight and out of mind at this time of year, this past winter we endured relentless dumpings and in total saw the most snow in a winter since 1939. City snow removal crews collected massive amounts from city streets and deposited it in a few locations, one being in a lot near Toronto Police 22 Division, not far from Kipling Station.

Back on April 1st, I posted a for-fun contest to see who could come closest to (without going over) guessing the date that the massive snow mountain would reach complete melt. My May 8th guess was dead wrong, and a large number of readers guesses have already been surpassed as well. It looks like whoever guessed complete melt to occur in June or July appears to have the right idea.

Have a look at photos of it today, on May 17th, in comparison to those taken back on April 1st.

As it melts, it becomes an attractive place for birds to bathe, but it also spits out plenty of garbage. Most of it is household waste like food packaging and plastic bottles (but also a bathtub?!) that was scooped up in the snow removal process. It appears that city workers are put to the task of cleaning up the mess periodically, hence the nearby of scrap metal and litter & debris collection bins. 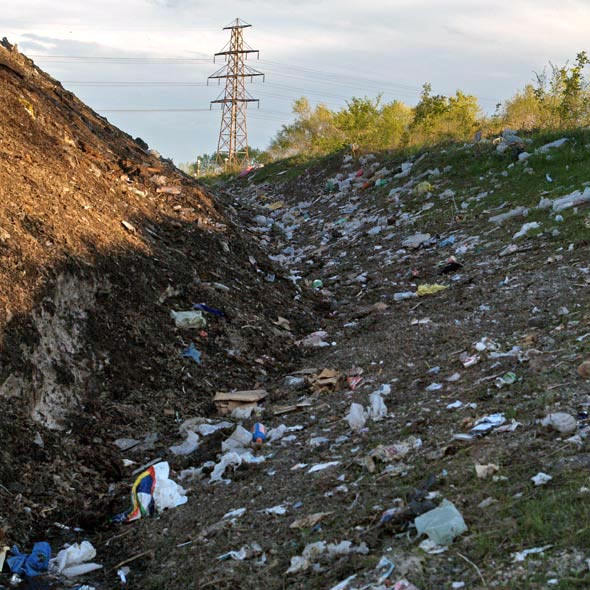 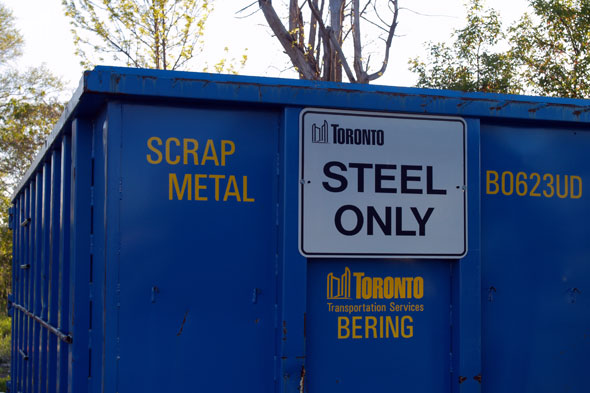 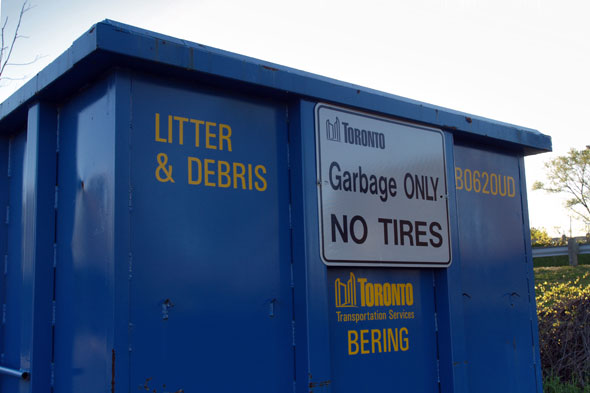 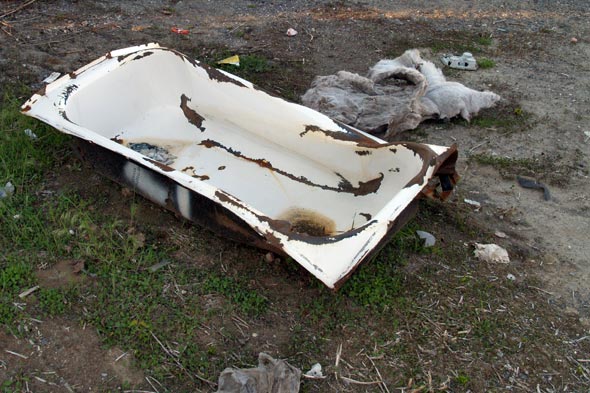 I would say that the mountain is about half what it was 6 weeks ago. The contest continues with many readers still in contention. I'll post another update when we see more melt.