The Life Aquatic With David Buckland

So a group of artists, designers, and scientists all sail out to the High Arctic on a 100 year-old schooner to learn first-hand the effects of climate change on our planet... If this sounds like the start of some lame environmental-awareness joke, think again my friends. This actually describes an amazing project initiated by artist and film-maker David Buckland called Cape Farewell. He explains more in depth on his site:

"On board the 100-year old Dutch schooner, The Noorderlicht, Cape Farewell has sailed right to the heart of the debate. From this vantage point the artists and scientists aim to illustrate the workings of this crucial part of the planet, drawing attention to the role ocean currents play and the effect rising CO2 levels and changing weather patterns will have on us all and our climate."

Personally, I've been trying to keep up with the project as much as possible for the past few years. So it will come as no surprise that I am quite excited that Buckland is taking time out of his obviously busy schedule to drop by our fair city this Wednesday to give a talk on the project's progress thus far. The way the weather's going right now, he'll probably feel right at home... 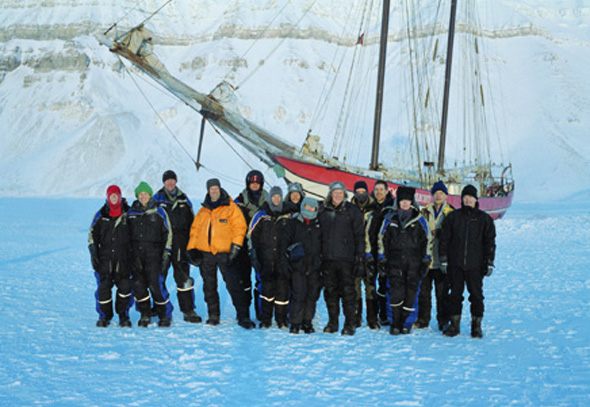 Since starting up the Cape Farewell in 2001, Buckland has led 5 expeditions to the High Arctic with a wide variety of creative and curious people including sculptor Antony Gormley, writer Ian McEwan, and choreographer Siobhan Davies. When asked in an interview on Archinect whether the art they produce is meant to serve an educational purpose, Buckland simply responded, "No, I produce art to make art." He went on to explain:

"They each know what constitutes a piece of art, in their own terms. The deal was: if you're inspired to make a piece of art, great, if you're not, that's fine. And the fact is - they've all come back making art, and they all stand by the art they made. It's not trying to be propaganda - it's a different kind of storytelling than being an agitprop." 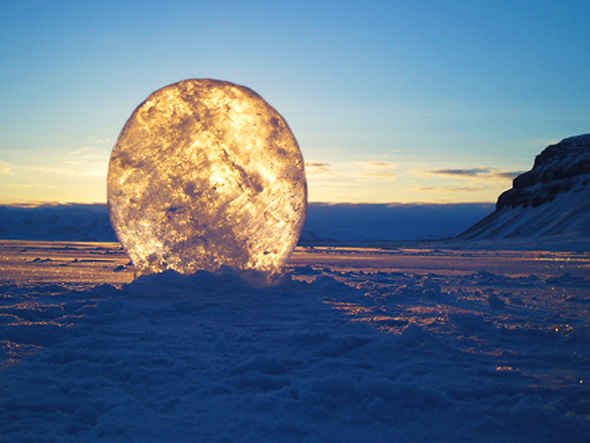 Though as much as they claim to be doing art for art's sake, even Buckland himself cannot deny their role as educators and communicators. He speaks about his role as an artist addressing climate change, versus the role of scientists by stating:

"The problem with climate change is that it covers everything, so if you just look at it from the point of view of science, then you're missing most of the problem. Essentially, it's a cultural problem, a sociological problem and an economic problem." 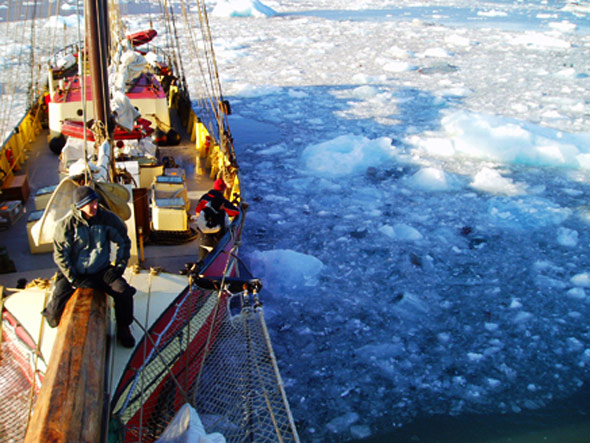 So at the end of the day, it's a group effort that we need really. A collaboration of different talents and voices, which is exactly why the Cape Farewell project makes a lot of sense to me. But as much as I would love to tell you every little detail about Buckland's work, I'm guessing you'd much rather hear it from the artist himself. So make sure you drop by the Ontario College of Art and Design this Wednesday evening (February 13th) at 6:30pm to hear him talk. I'm guessing this one's gonna fill up quick, so if I were you, I'd arrive early.