While very few of us are likely to complain about it being close to 30 degrees Celsius on Thanksgiving Day, I think many of us are at least thinking about it and what it means. While I'm not jumping on the doomsday ship or preparing to drink any funky punch (quite yet, anyhow), I am concerned.

Today we once again had some rather strange weather, including a very dense humid fog that came in and out at various times during the day. Is this normal?

More photos of today's climate oddity by blogTO Flickr pool members after the jump. If you have any of your own photos you'd like to see here, please add them to the pool. 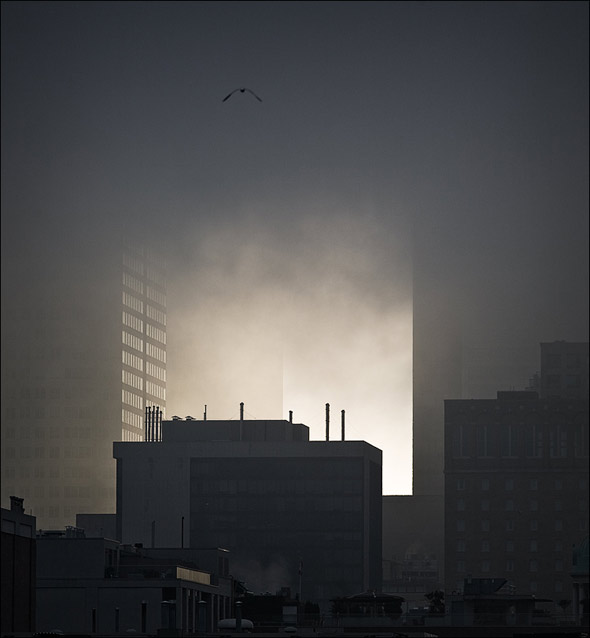 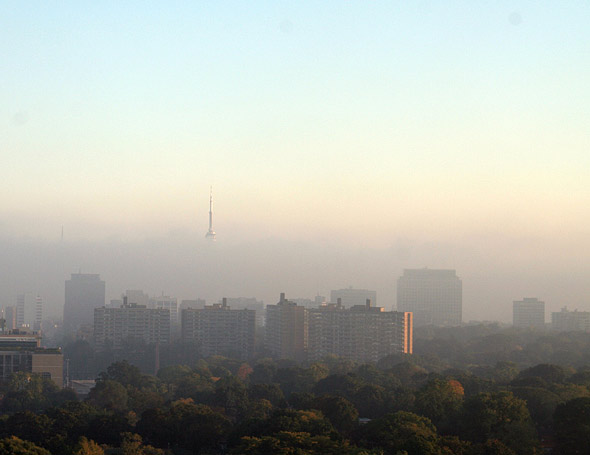 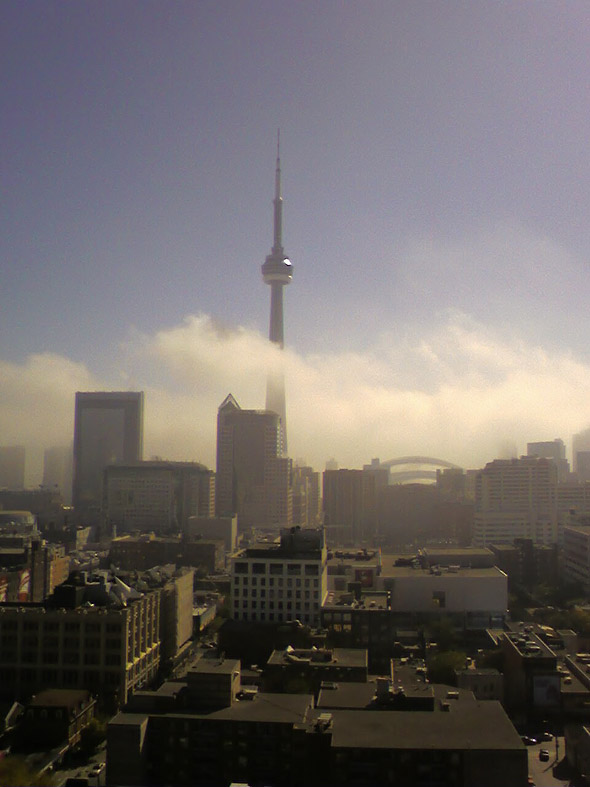 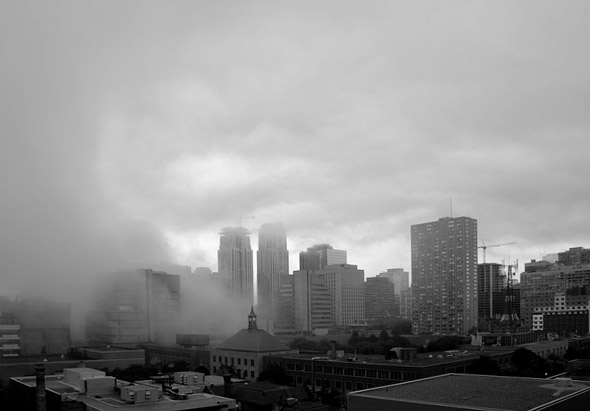 "Paging Mr. Carpenter. Your fog is almost ready." by smlgphotos 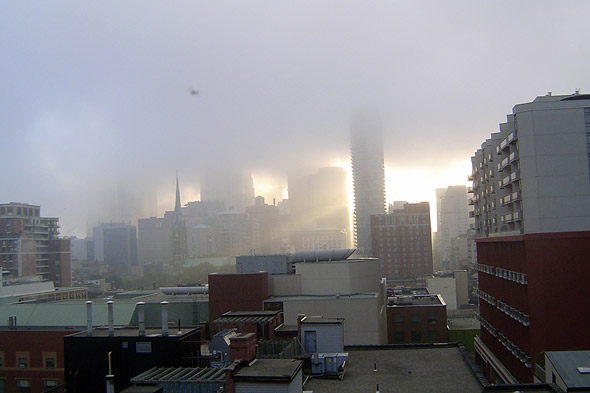 "The fog" by Maria in Toronto 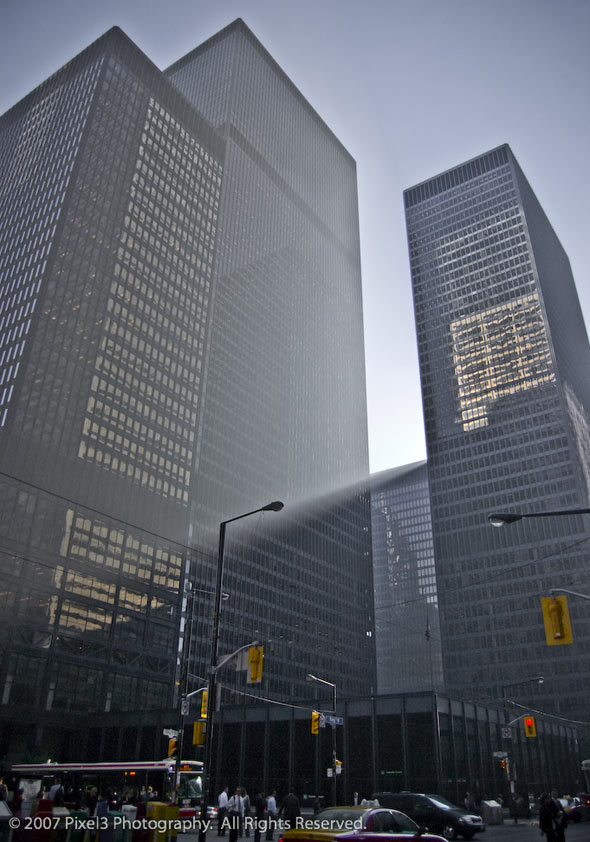 "The Sun Behind the Shade - pt.2" by Pixel3 Photography | Aubrey Arenas 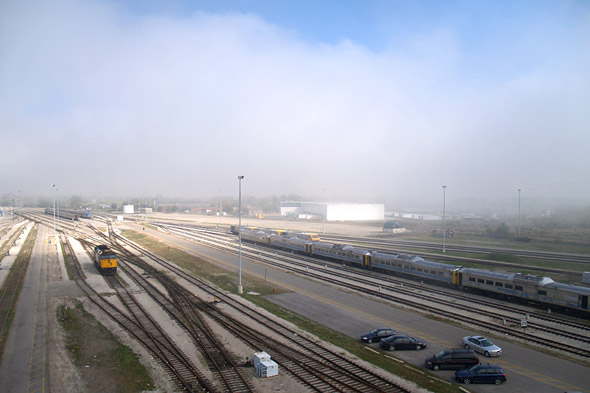 "Etobicoke Railyard Fog" by me. 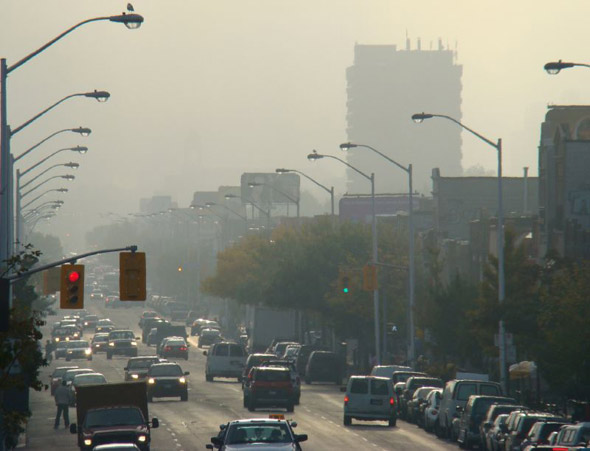 "Obscured By Cloud" by sniderscion 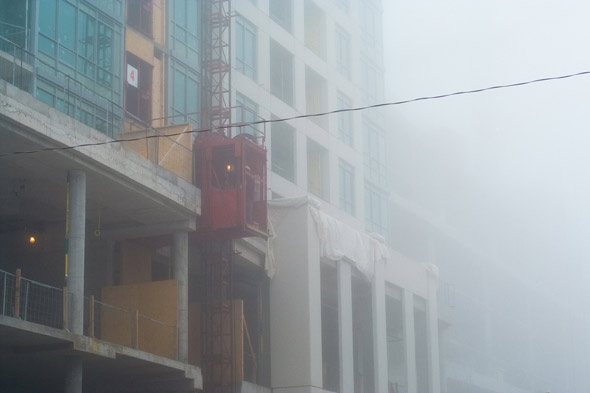 "fog eraser" by Seeing Is 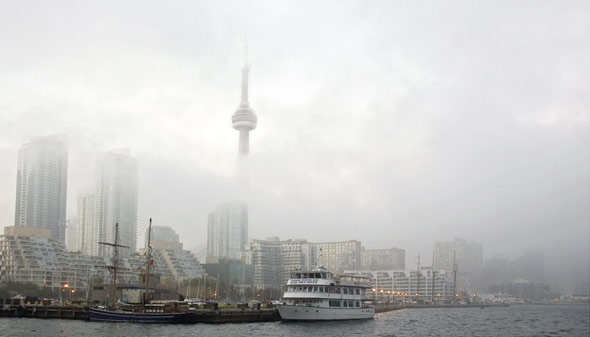 "swallowed up" by syncros 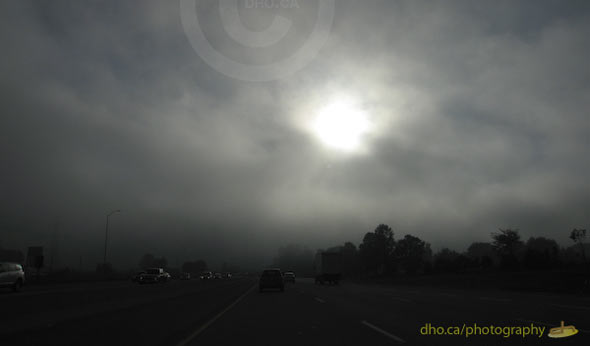 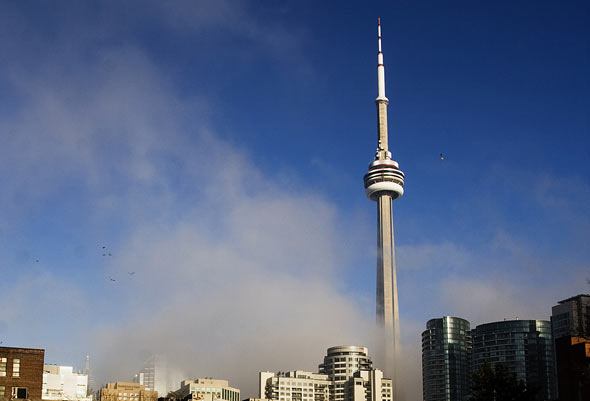 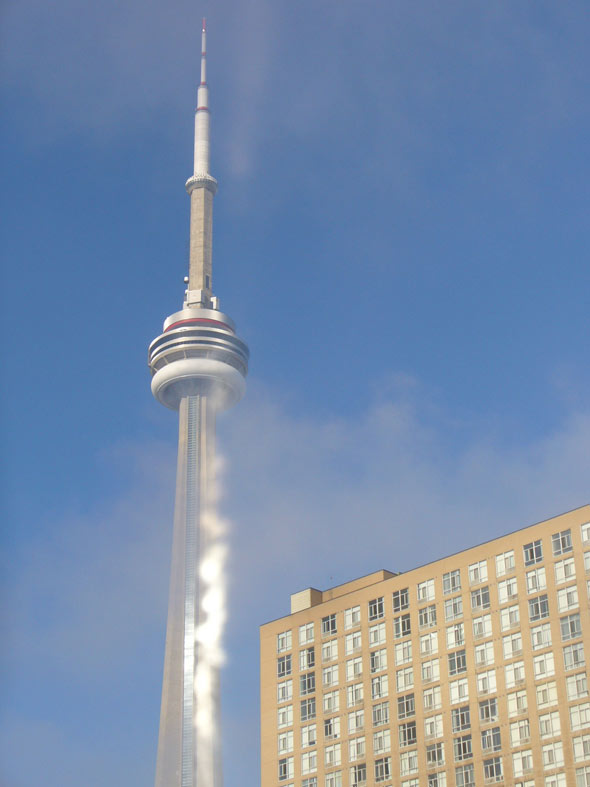 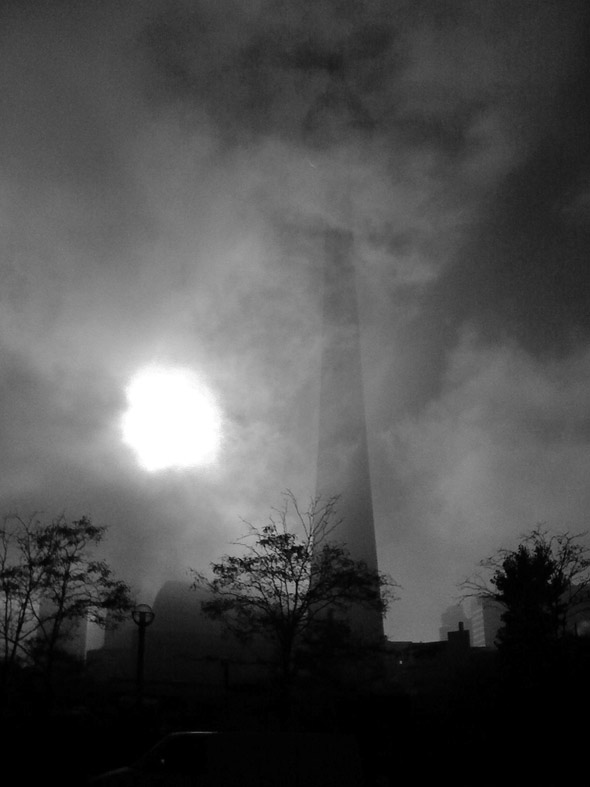 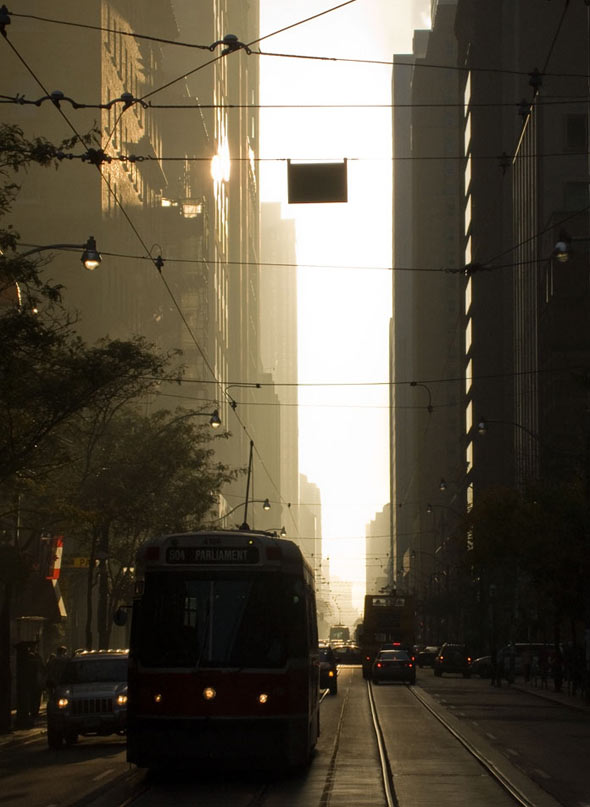