For the past couple of years, I've volunteered with an environmental conservation group called TBI; the Toronto Bay Initiative. The organization, led by founder and president Joanna Kidd and executive director Bill McMartin, has worked hard over that last ten years to keep the Toronto waterfront clean and thriving, as well as teaching the community about the natural aspects of the city's shoreline.

Sadly, this spring was their last, as lack of funding closes the TBI doors as of June 30th. I attended the last TBI event, one last "weeding" at the TBI's baby- Spadina Quay Wetland. The patch of mostly un-manicured greenery at the bottom of Spadina used to be a parking lot, until the Toronto Bay Initiative stepped in after hearing reports that adult Northern Pike were seen around the Spadina docks. A natural habitat was needed, and so the Spadina Quay Wetland was born. 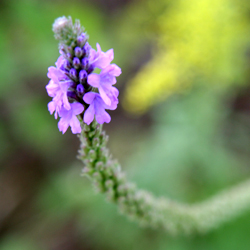 At last night's event, we were pulling out Canadian thistle- a dominating invasive species- while steering clear of these cute long-necked purple buddies (I have no idea what they're really called). I suffered the scratches and pricks, and ran the risk of waking the homeless man who sleeps in the middle of the SQW, but of course it was all worth it. Helping out the TBI makes me feel good, as does spending time walking on something other than concrete.

Now that the TBI is coming to an end, though, I wondered what would happen to the Spadina Quay Wetland. Sue Arndt of Evergreen, another environmental awareness group, assured me that the stewardship programs the TBI initiated will all be continued with the support of Evergreen. I'm glad there's another organization, besides the bar down the street, that can make me feel good about myself. Ha!