An Indian restaurant in Toronto was flagged by health inspectors this week after racking up several infractions.

The restaurant received a conditional pass notice on Jan. 12 after inspectors found nine infractions, one of them crucial and five of them significant.

The restaurant was also flagged for three minor infractions related to conditions in the food-handling room. 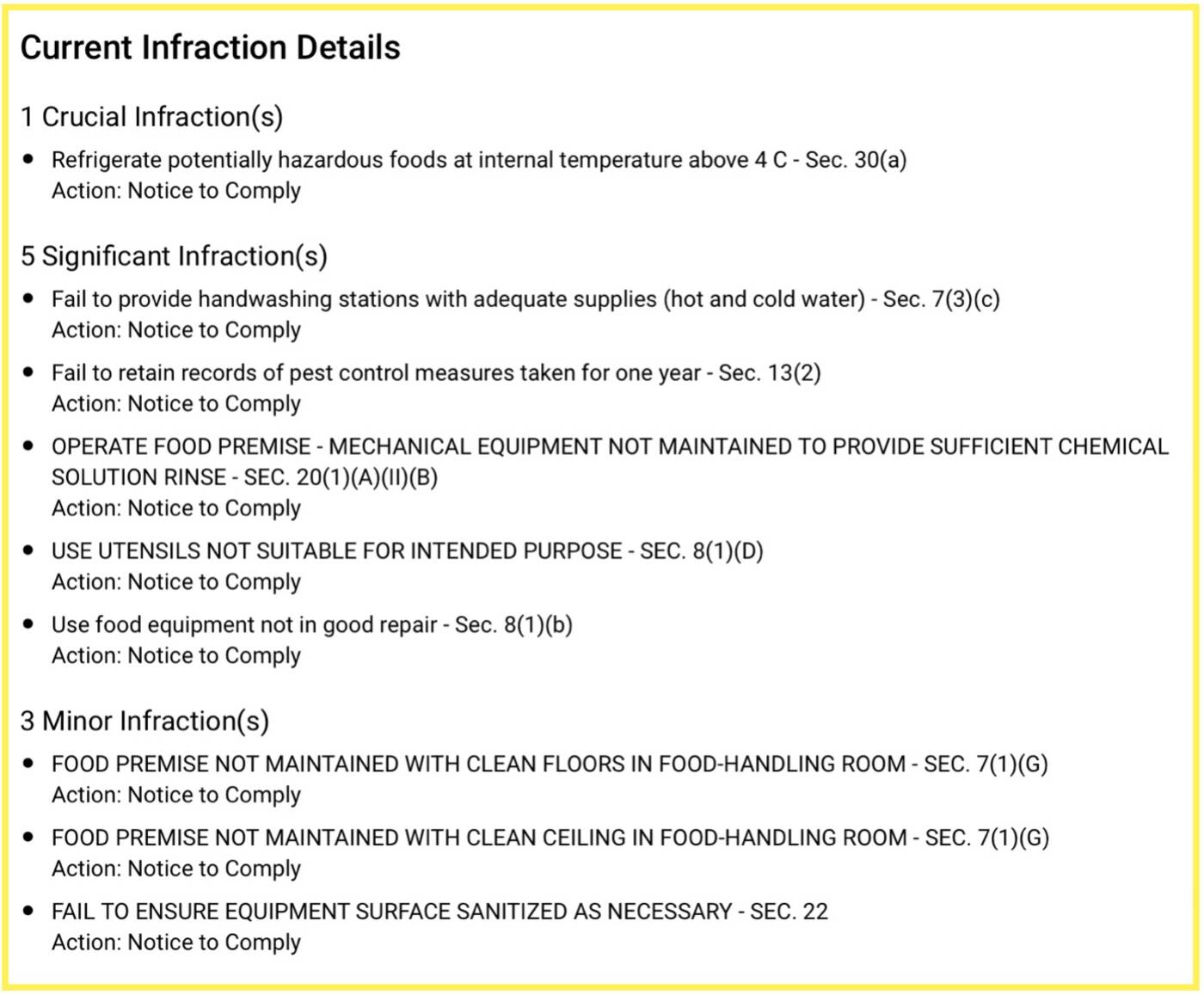 Despite receiving nine infractions, Indraprastha Indian Cuisine managed to receive a conditional pass notice and remains open as they begin to work on the highlighted issues.