These BBQ platters just outside of Toronto sell out every day

People in and around Toronto are now obsessed with a certain restaurant's BBQ platters, which sell out every single day.

Holy Smoke is a relative newcomer to the local BBQ scene, but they're already aiming to be one of the best at what they do.

They're located in Thornhill at 8123 Yonge St., but people don't seem to find the spot to be hard to find as their platters sell out regularly.

There's a reason for that: Pitmaster Dino Pantelidis spent the last decade touring the United States in search of what he calls "the holy grail of barbecue"... and he says he discovered multiple.

Pantelidis used his experiences to help him open up Holy Smoke, which he runs with Michael Dimitrievski and George Sterjovski, in June 2022.

"I have spent time with legends like the late Mike Mills, who is a four-time world champion and a three-time grand champion at Memphis in May. Another great is Dan Hixon, who has won over 700 awards in the BBQ circuit," Pantelidis tells blogTO.

"I have toured most of the U.S. and have met greats like Aaron Franklin, and my favourite pitmaster of all, Tootsie Tomanetz of Snow's BBQ in Lexington, Texas." 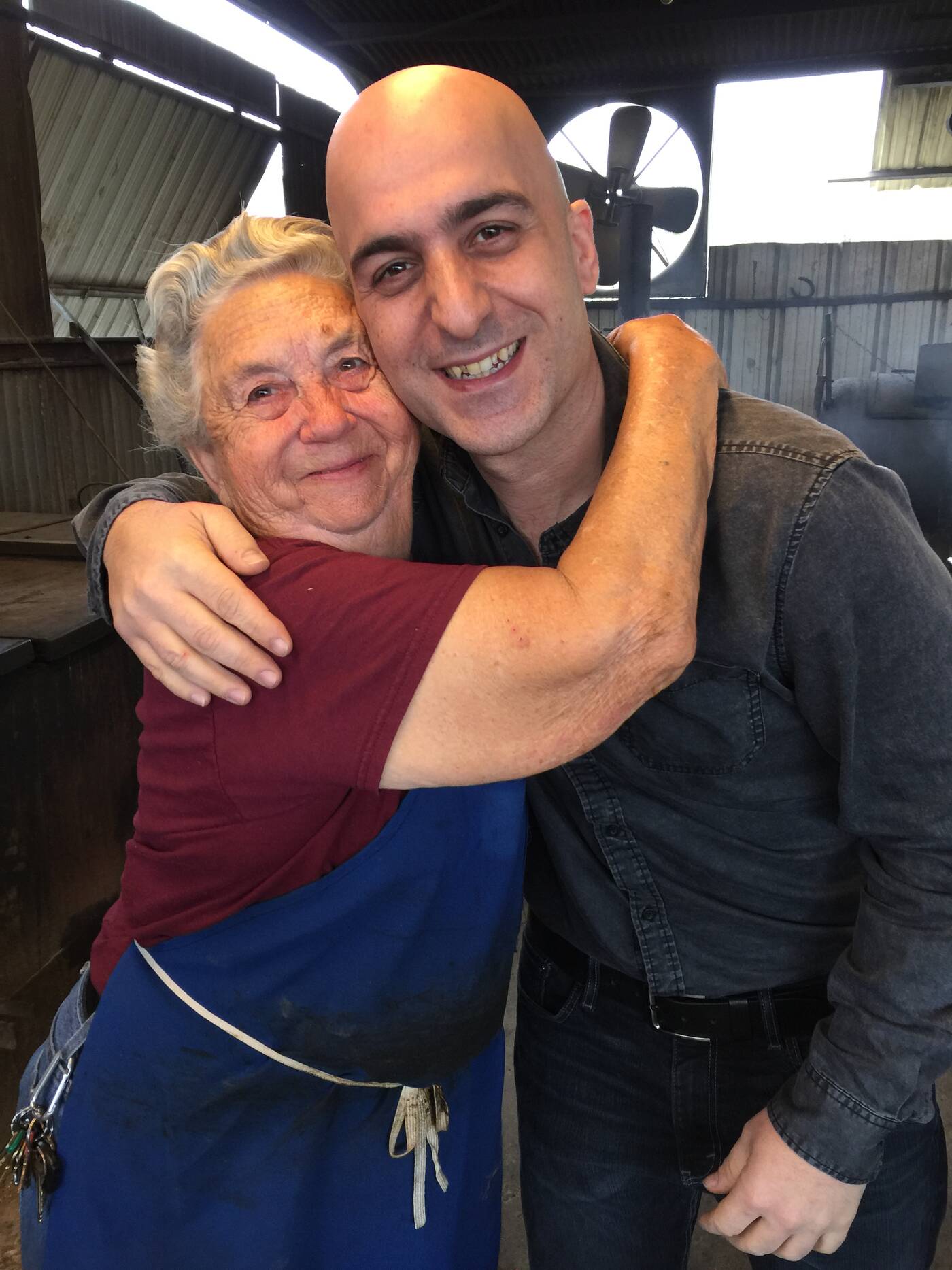 As such, he's chosen to focus on the styles of Central Texas for his BBQ, which includes Austin, Lexington and Taylor, though the food at Holy Smoke is a culmination of his experiences and there are some favourites from other regions on the menu.

Platter combos start at $30, and all come with brisket, turkey, jalapeno sausage and sides.

"The great thing about Central Texas Barbecue is its simplicity. Less ingredients, more love. The right wood and burn temperature, good quality salt and pepper and of course the absolute best in quality of meats are what set Central Texas barbecue apart from most others," says Pantelidis.

"At Holy Smoke Barbecue, sauce is served on the side of all our meats. We do not sauce any of our meats and you will probably notice that you don't need any sauce. Even though that is the case, our barbecue sauces are utterly out of this world awesome."

His favourites are the signature house Holy Smoke sauce and their espresso sauce, but there are also Tangy Gold, Sweet Honey and Nashville Hot sauces.

"We find ourselves baking multiple batches of our mild jalapeno - cheddar corn bread, it is so popular and we hate to let our customers down," says Pantelidis.

"Being north of the GTA we are a destination and we hate to see people drive here from say, Pickering or Mississauga only to find we sold out at 4 p.m. , but it does happen unfortunately. A huge volume of our business is pre-orders so we always suggest calling us ahead of time or making a pre-order."