Another round of health inspection from Dine Safe Toronto has been released, and among the culprits, a bustling Italian restaurant that has been handed eight infractions.

The Fresh Italian Eatery, located inside the Grange food court at 109 McCaul Street (an OCAD U hangout), had a less-than-stellar inspection, according to details from the city.

Conducted on Tuesday, January 4, the inspection led to the Eatery receiving eight infractions, of which health inspectors have identified five as "significant."

The first deals with hand washing stations, which the report said are "not conveniently accessible by food handlers."

Significant infraction number two states the restaurant failed to provide a "thermometer in refrigeration equipment," and number three reads that their food equipment was "not of sound and tight construction."

It does sound serious but does not necessarily mean they are out there serving food with unwashed utensils, and could just come down to the establishment not having the required equipment operational at the time of inspection

The restaurant was handed a significant infraction for failing "to protect against breeding pests," which may sound gross, but in reality, pests are fairly common in Toronto establishments. It's really more a matter of whether (or not) restaurants are keeping the issues under control.

All significant infractions are regarded as "potential" health hazards and must be corrected and re-inspected within 24 to 48 hours of the first inspection.

These infractions could pose a "minimal" health risk and should be corrected immediately, though they can be checked at the next scheduled inspection. 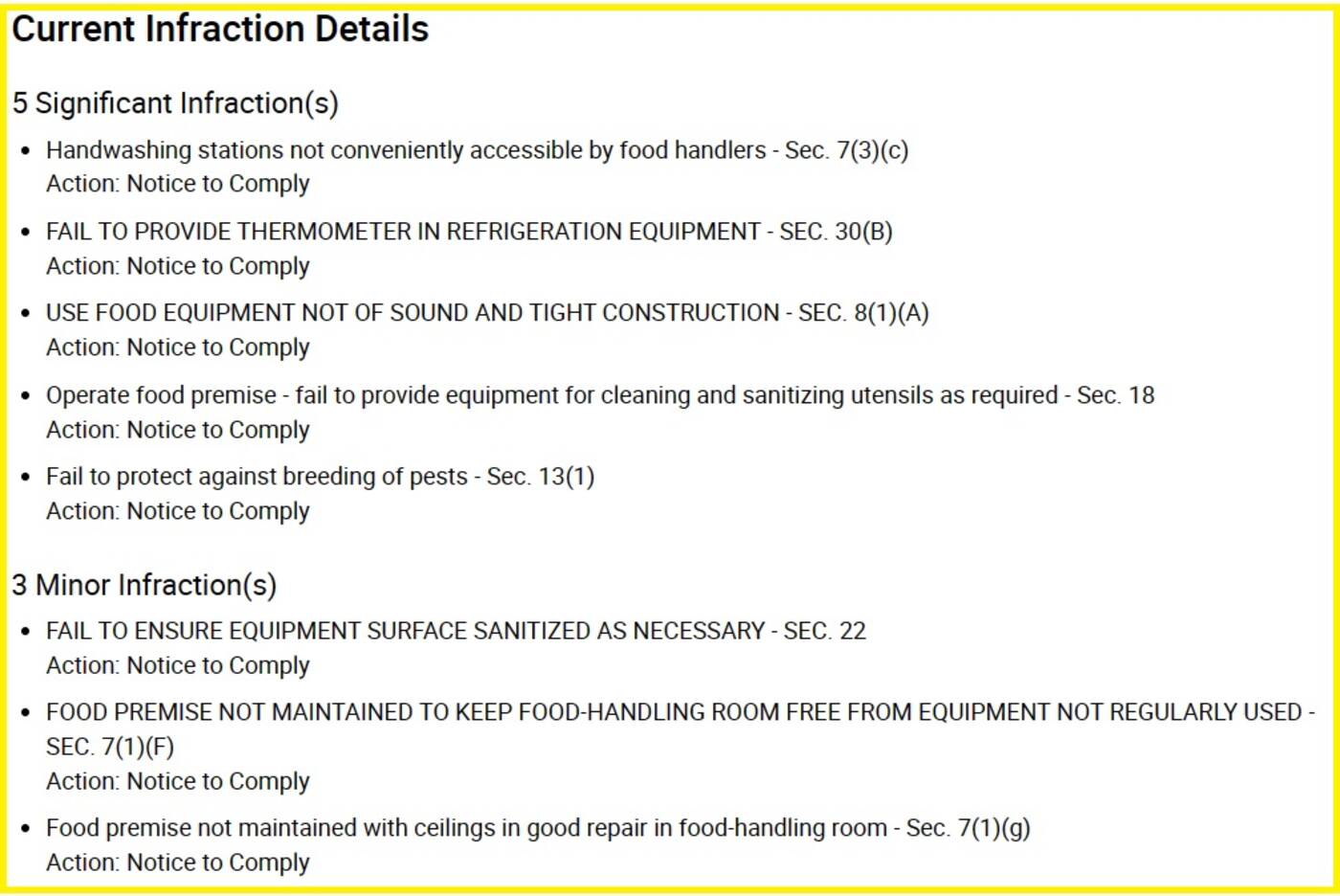 The Fresh Italian Eatery was handed a conditional pass and will be upgraded to a full pass once infractions are corrected.