One of Toronto's first Thai restaurants helped introduce the cuisine to the city back when it opened in 1982, and now it's become known for its unlimited lunch buffet that's still reasonably priced.

Bangkok Garden in the busy Yonge and Dundas area first opened 40 years ago, with the mother of its current head chef, William Thethsombandith, being part of the initial kitchen team. 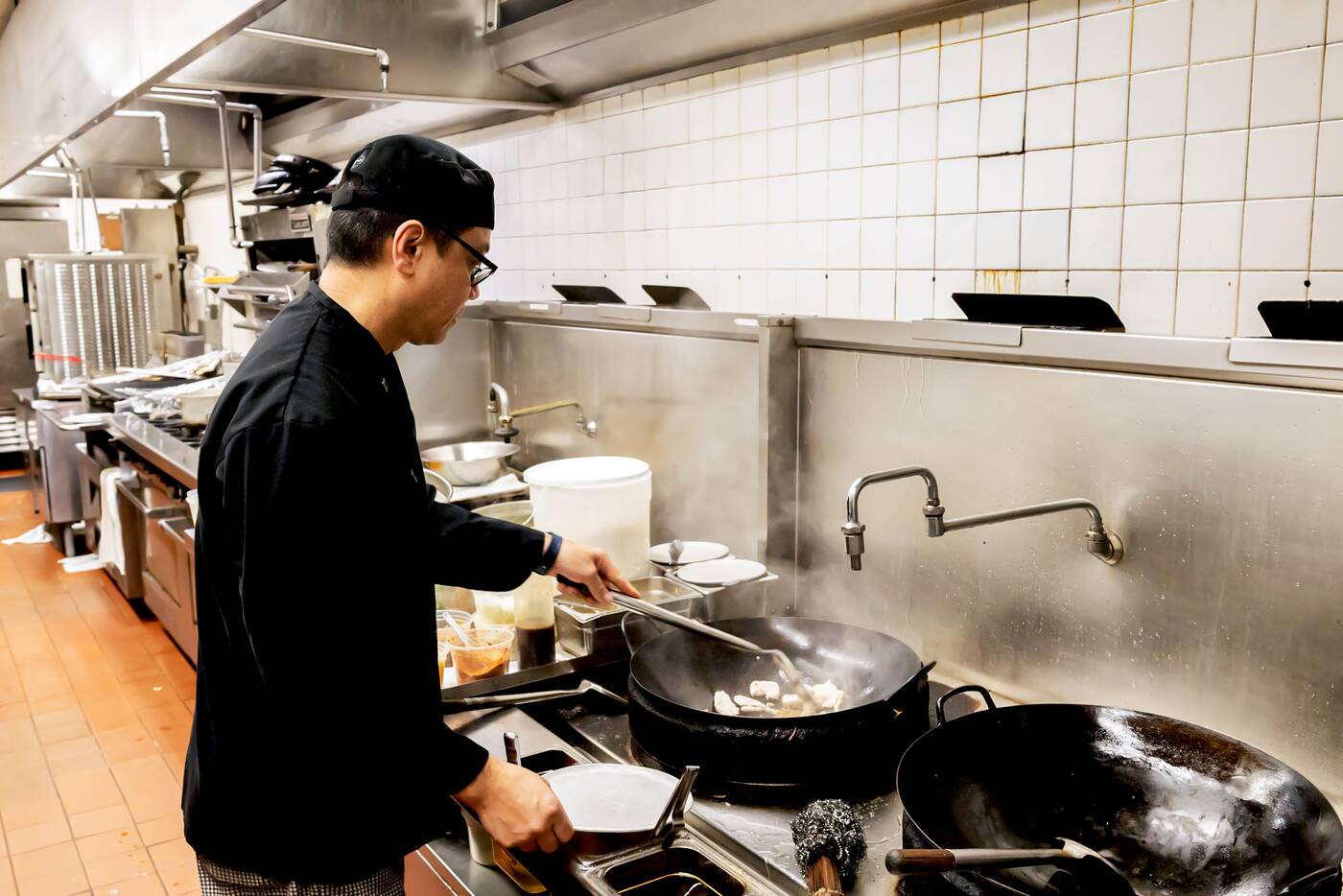 "Chef would help out after school as a teenager," Bangkok Garden rep
Nora Ursulescu tells blogTO.

"Now, he is the one behind all of Bangkok Garden's dishes, which are prepared according to traditional Thai recipes." 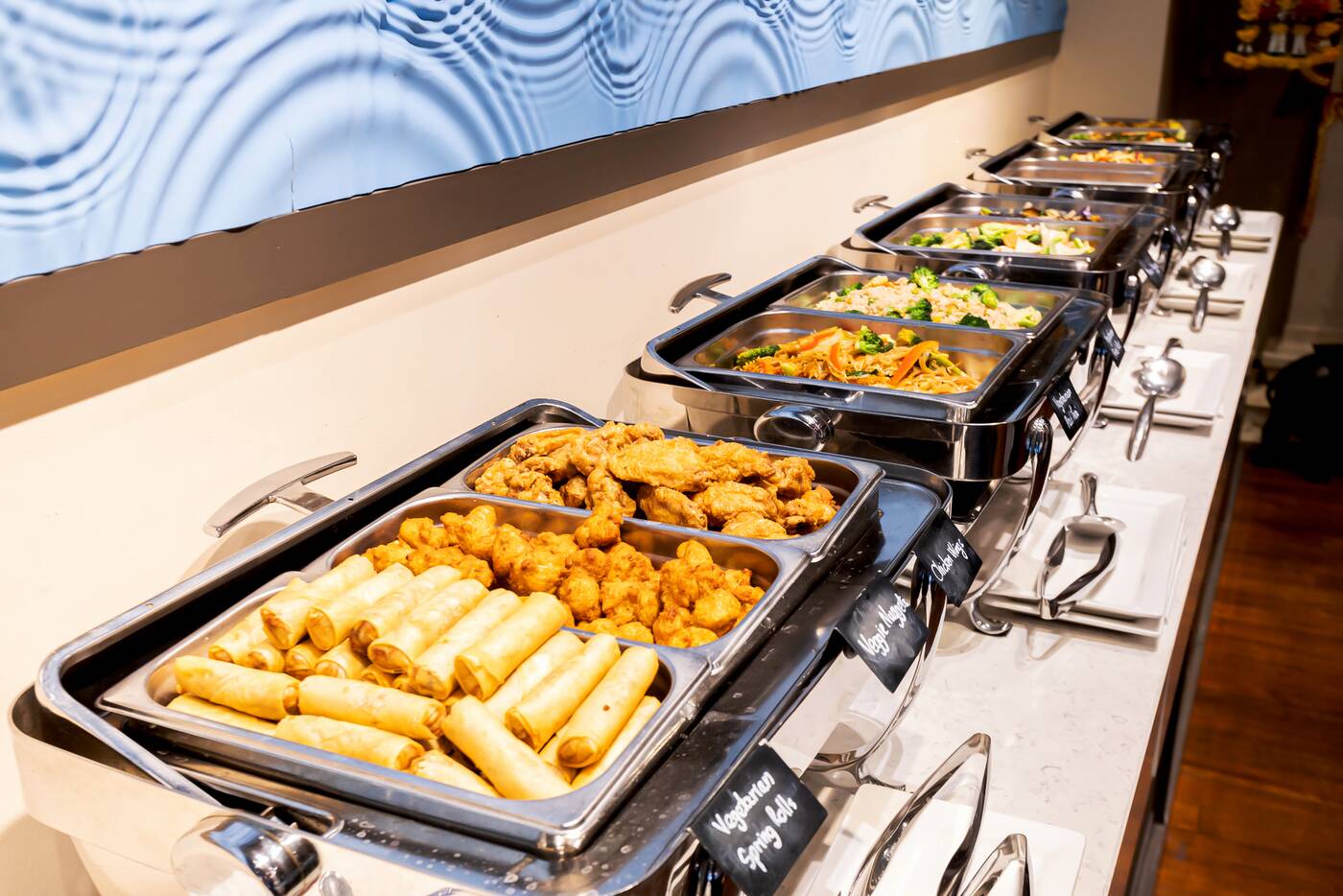 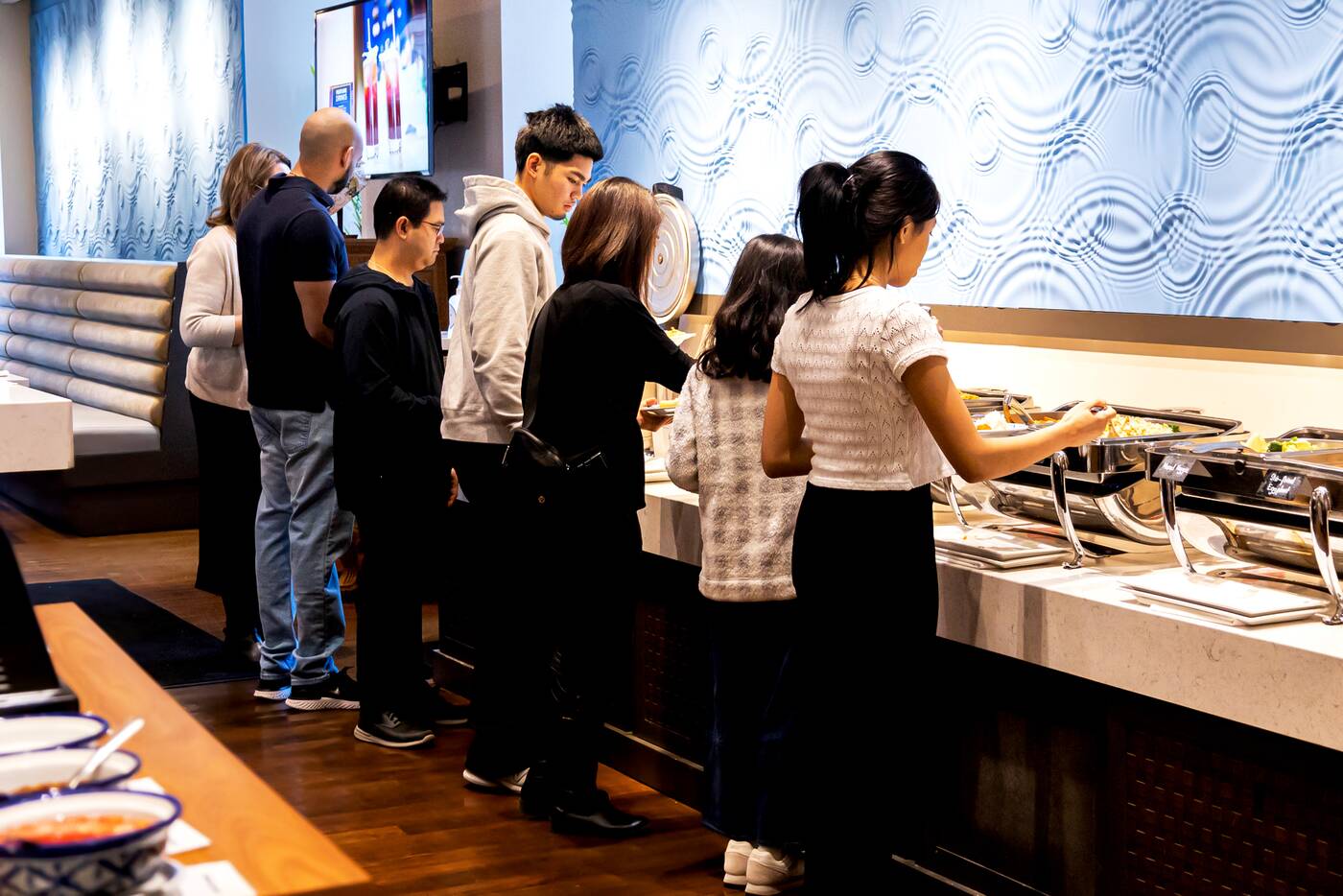 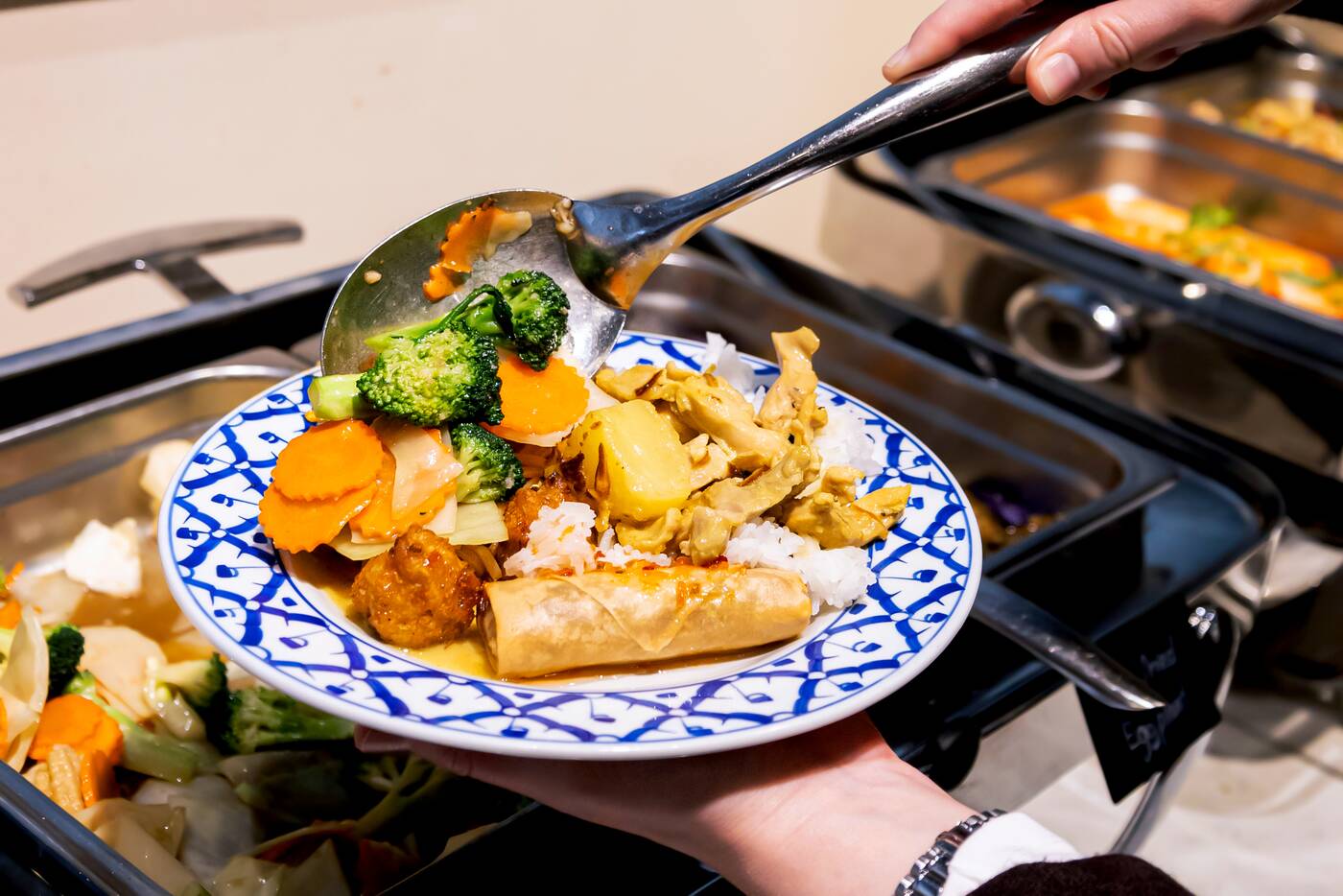 "Furnishings and artifacts were chosen or designed specifically for the restaurant and imported, with special permission, from Thailand. This includes the teak temple bells, the hand-painted blue and white porcelain tableware, and a 150-year old solid bronze protective dragon serpent from the home of a prosperous Thai merchant that is situated in the dining room river." 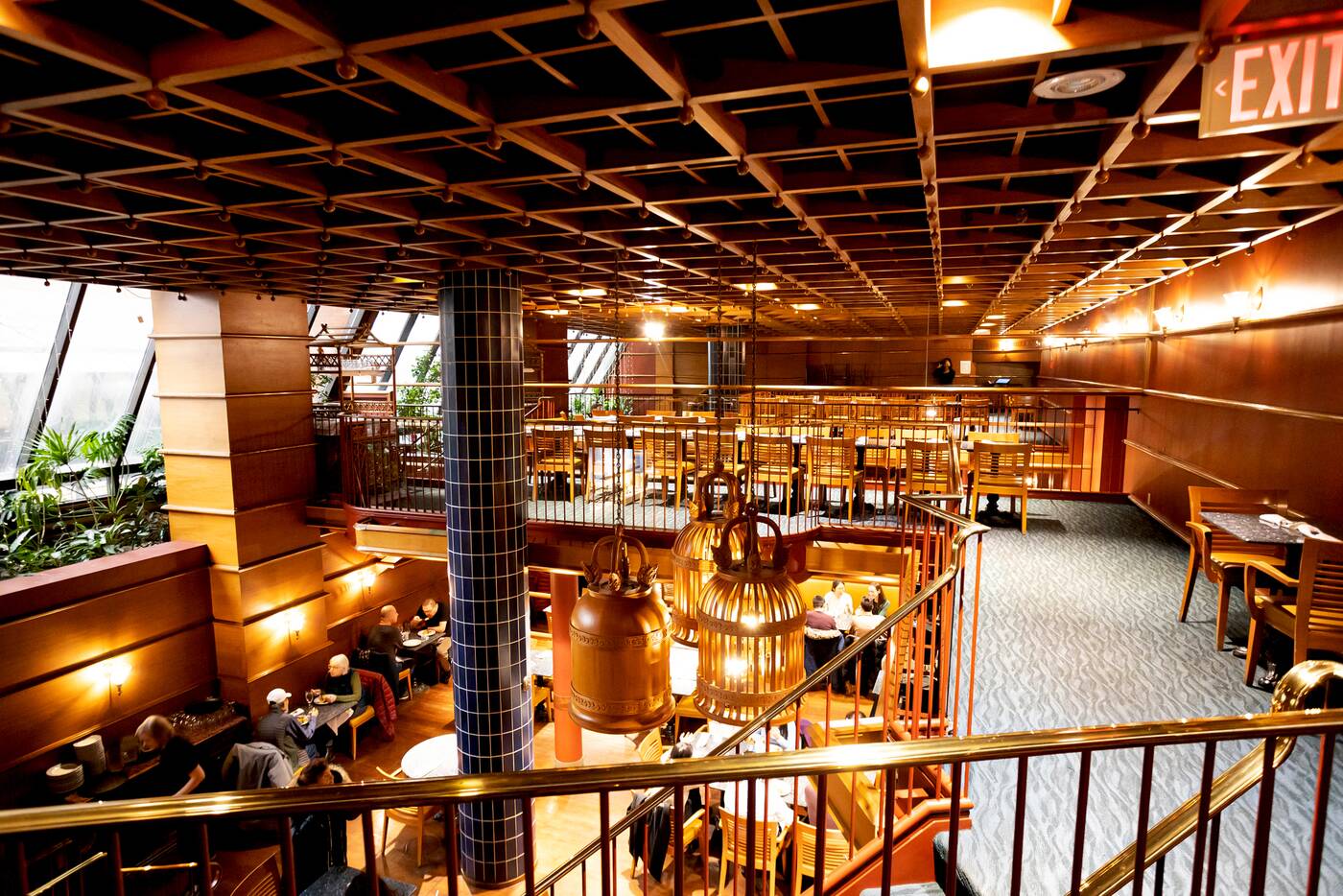 There was also once a bar and lounge area on the lower level of the Bangkok Garden space called the Brass Flamingo, but Elmwood Spa, which is housed in the same building took over the space. It has since closed. 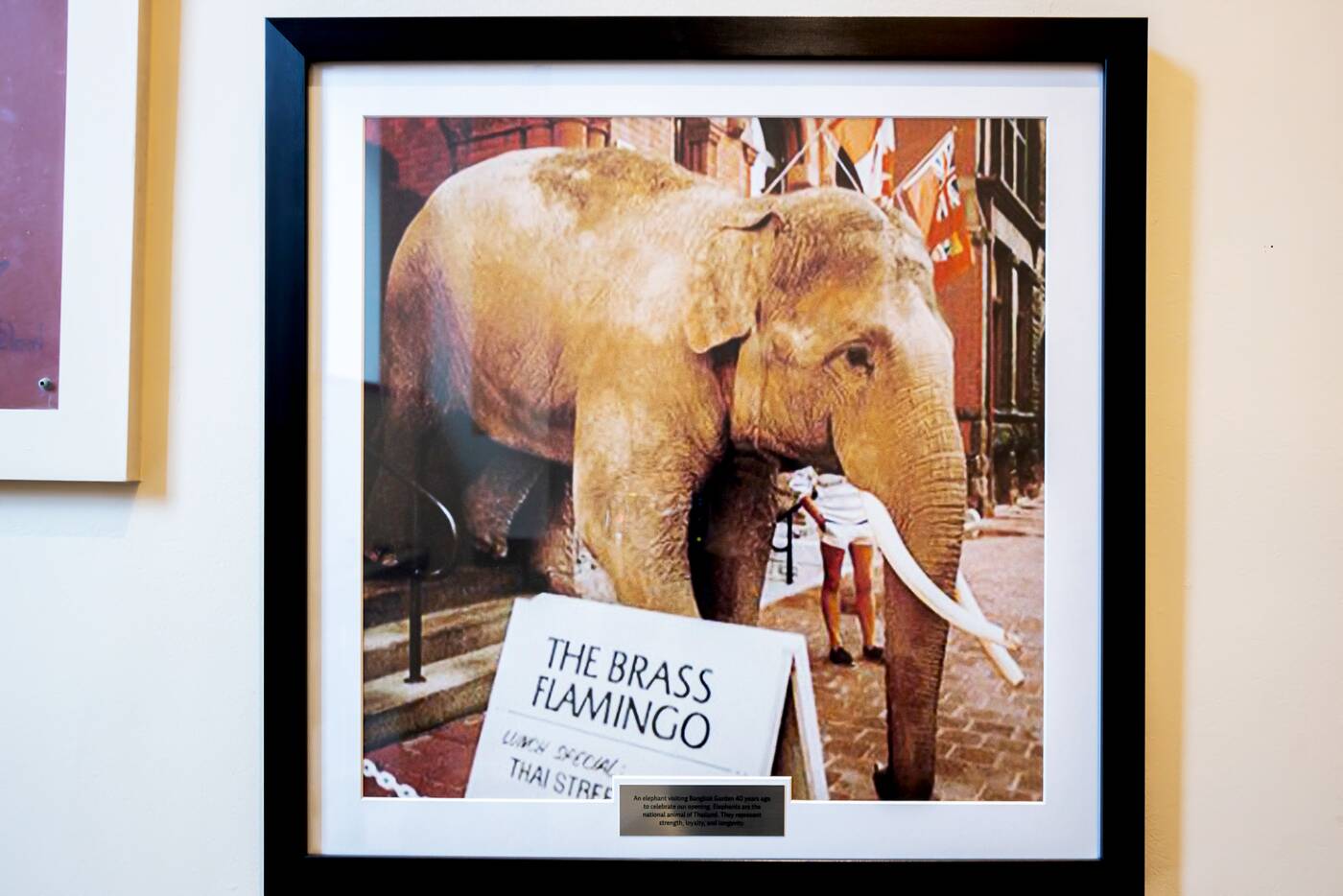 Bangkok Garden and Elmwood Spa have the same owner, and both have Thai influences when it comes to their offerings and decor. 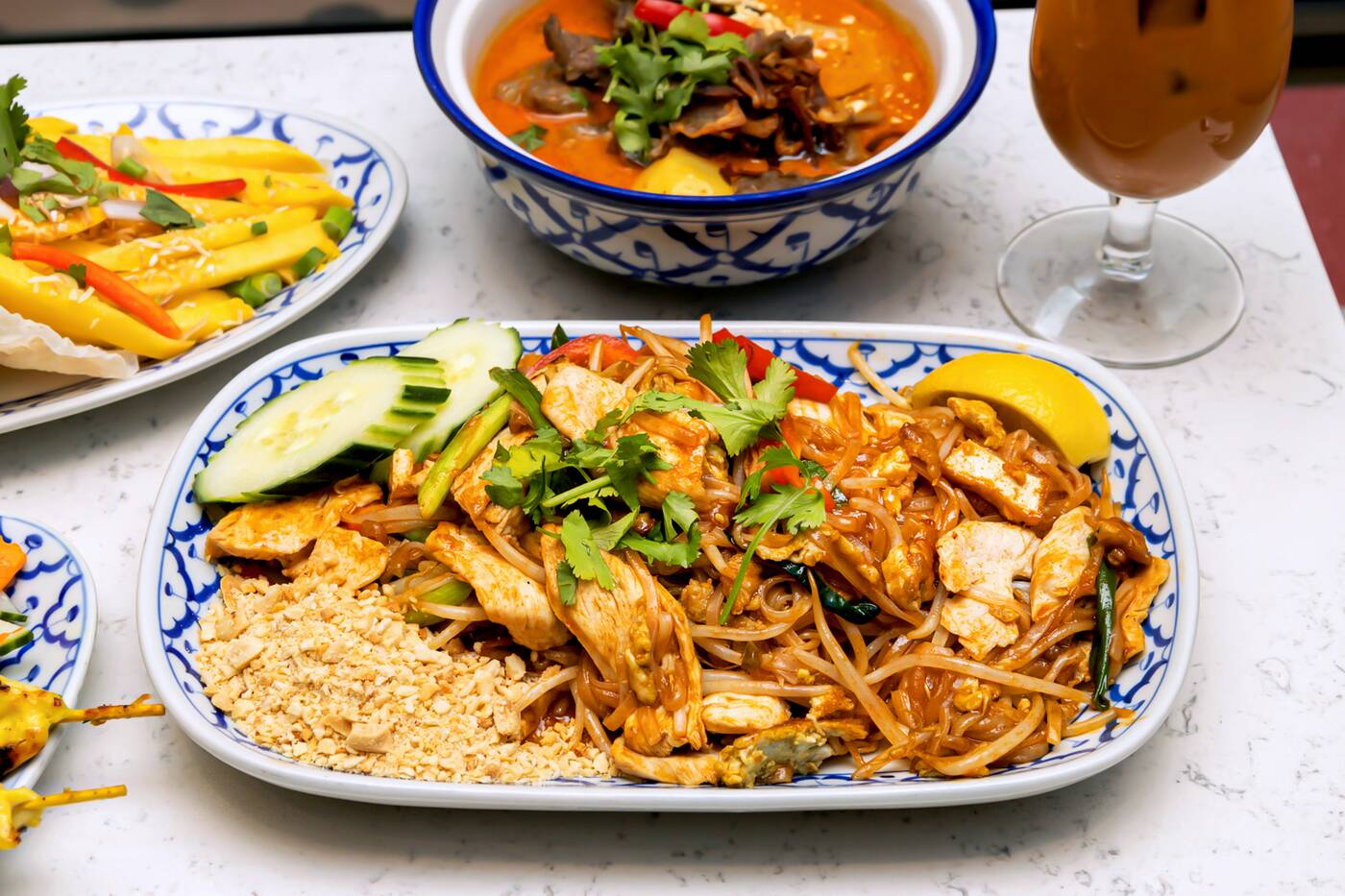 The spa also offers couples packages that include a prix fixe dinner at Bangkok Garden that doesn't even require you to leave the premises. 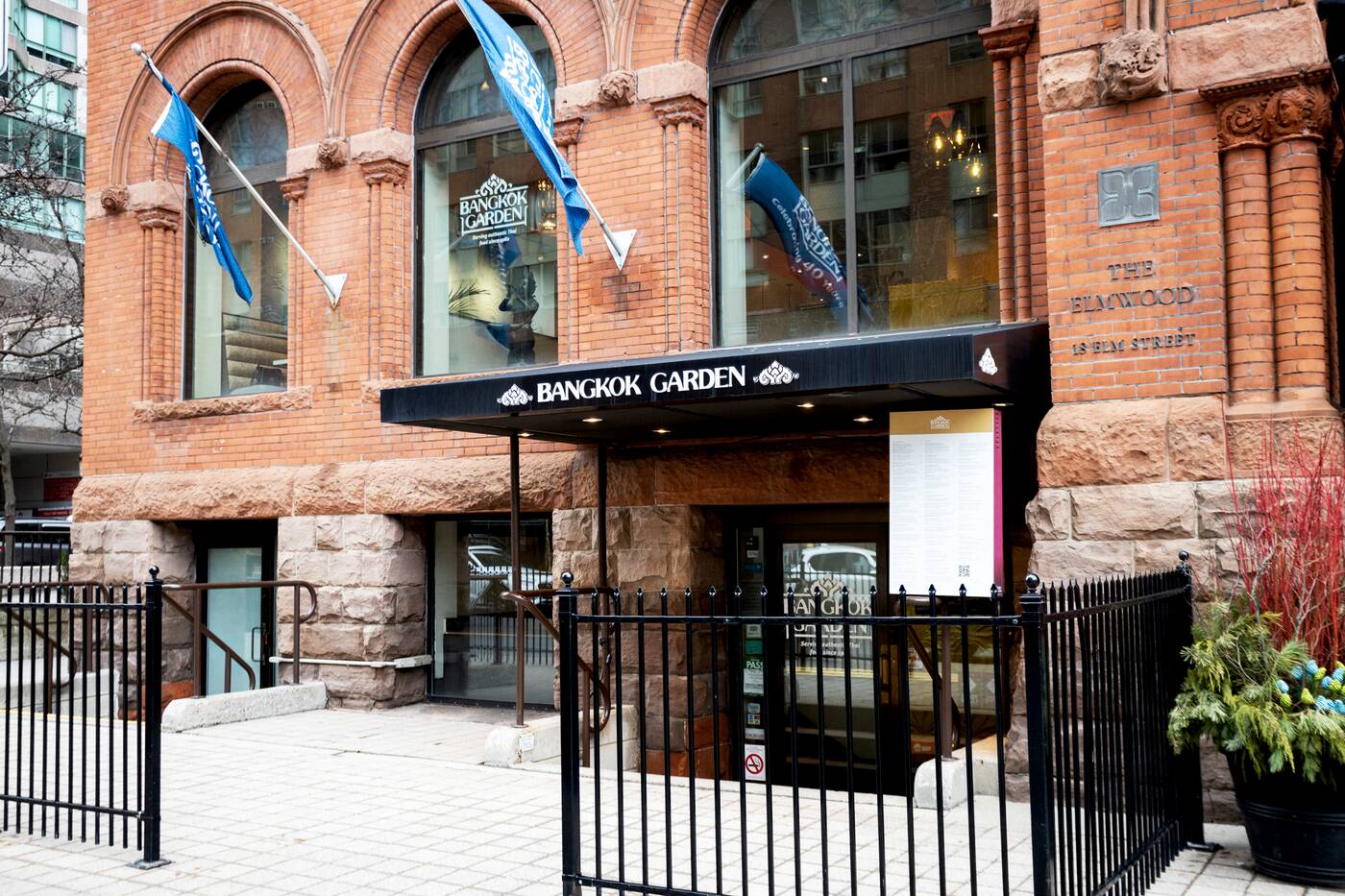 "In October of 2013, a renovation transformed the bar and lounge area into a vibrant space for guests to enjoy a selection of Thai bites paired with exotic cocktails and martinis. The new interior with its bright colours and contemporary ambience is a wonderful contrast to the warm teak interior of the main dining room that still exists today," says Ursulescu.

"Over the years, the surrounding area has also developed to include many condos and office towers, where many of the guests for our popular lunch buffet live and/or work."