Nestled on a busy strip of Dufferin Road between banks, bakeries and auto body shops is a small but cozy restaurant known for its authentic Colombian plates and glamorous chef-owner.

While you might miss it entirely if you do a quick drive-by, Esto Es Colombia is 100 per cent worth the trip to North York. It's also cheaper than a flight to Bogota.

Diana Arizala opened her restaurant six and a half years ago after landing in Toronto from a nine-year stint in Winnipeg. 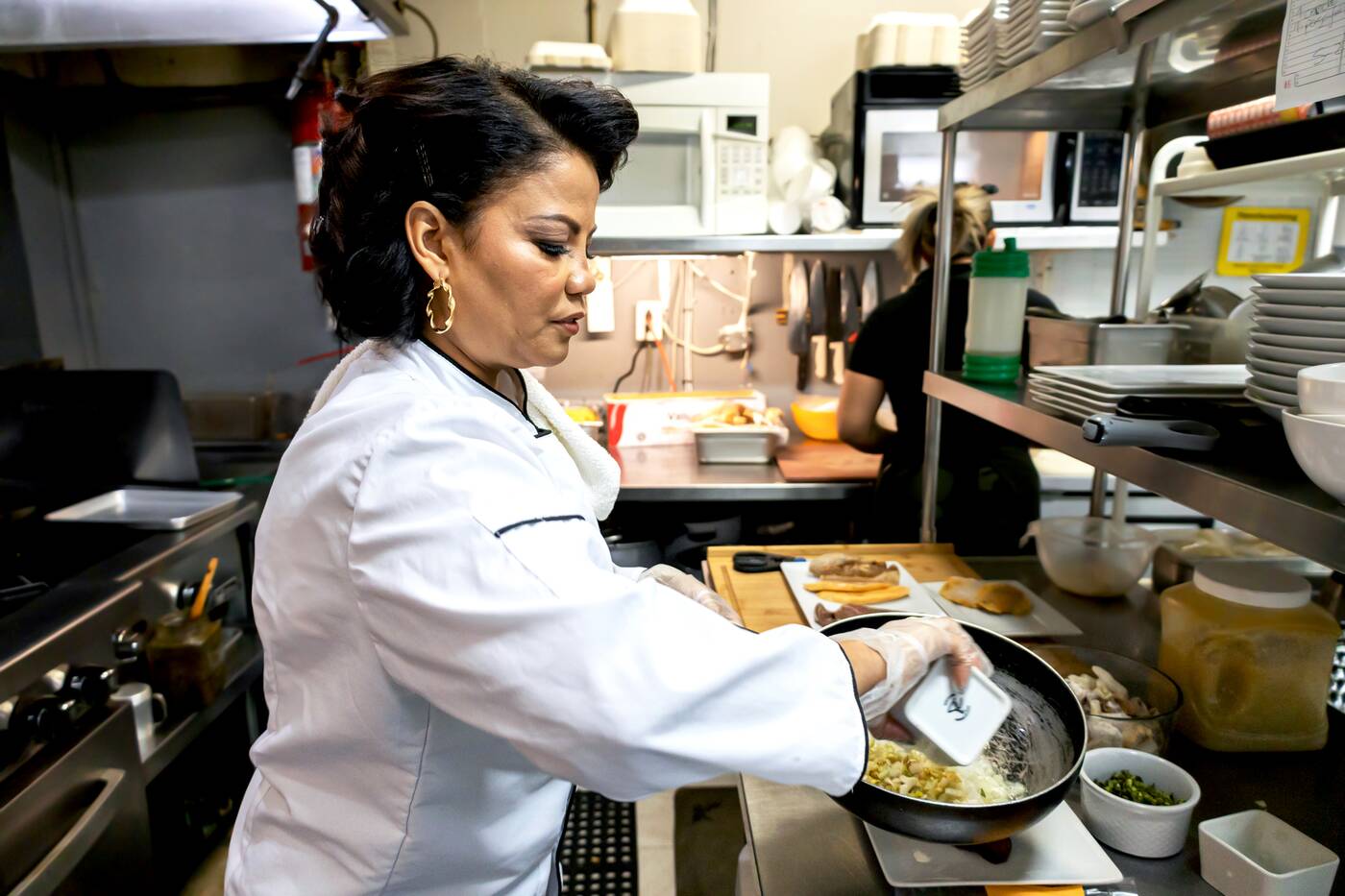 Hailing from Cali, Colombia, Arizala has worked as a chef for her entire life and opened the restaurant to share her culture with the rest of the city.

Literally translating to "this is Colombia," the restaurant also acts as a local hub for Colombians and other Latino residents in Toronto.

Decorated with breathtaking scenes of the country and art, there is also Colombian music blasting on the speakers. 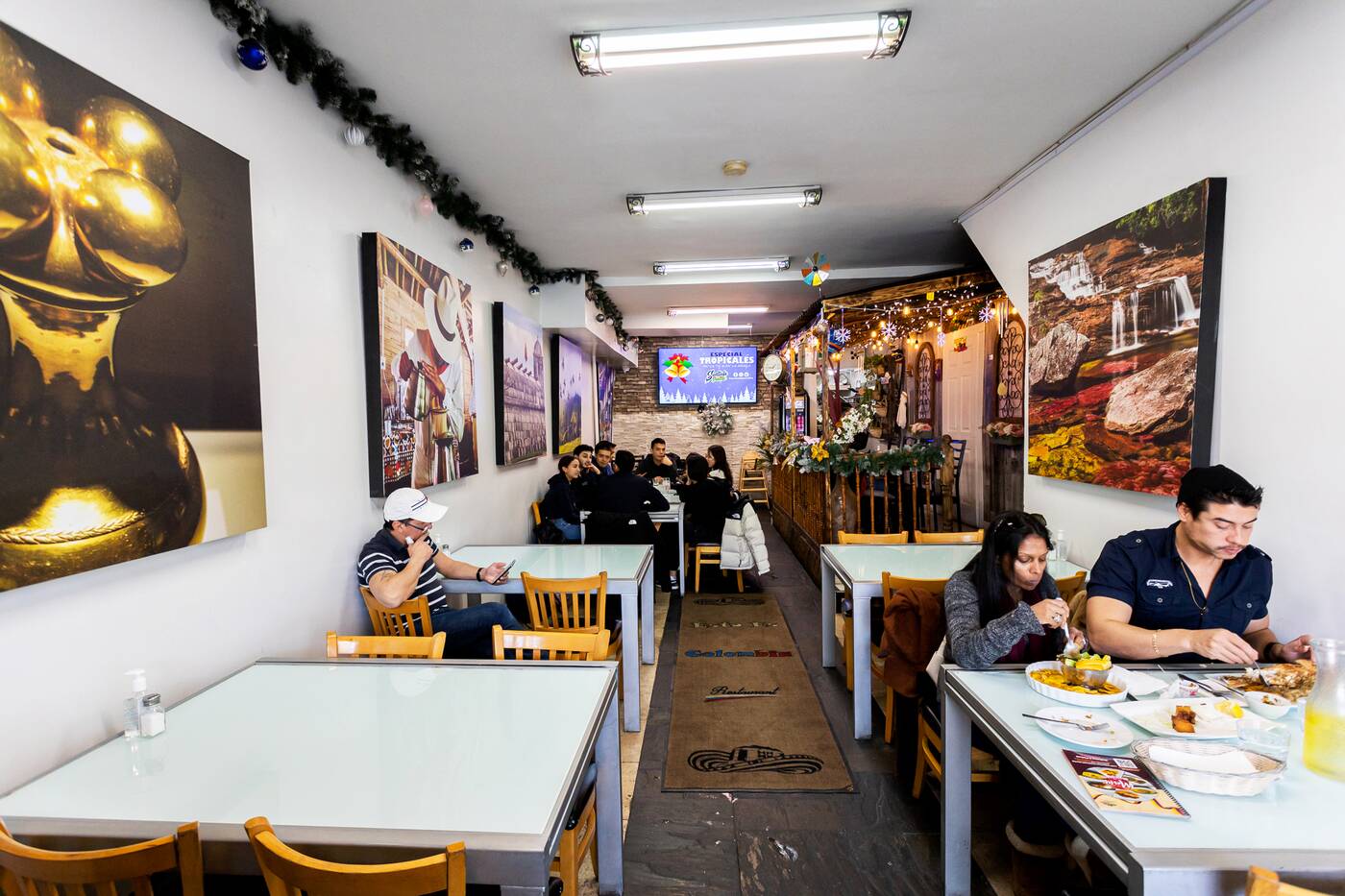 Esto es Colombia is located at 2828 Dufferin Street, near Glencairn.

"I studied as a chef and my whole life has revolved around cooking and this is my passion. That's why I tell everyone I didn’t choose my profession, it chose me," said Arizala.

Her menu spans classic dishes from across the vast country of Colombia, including some of the restaurant's best-sellers like bandeja paisa, cazuela de mariscos and empanadas. 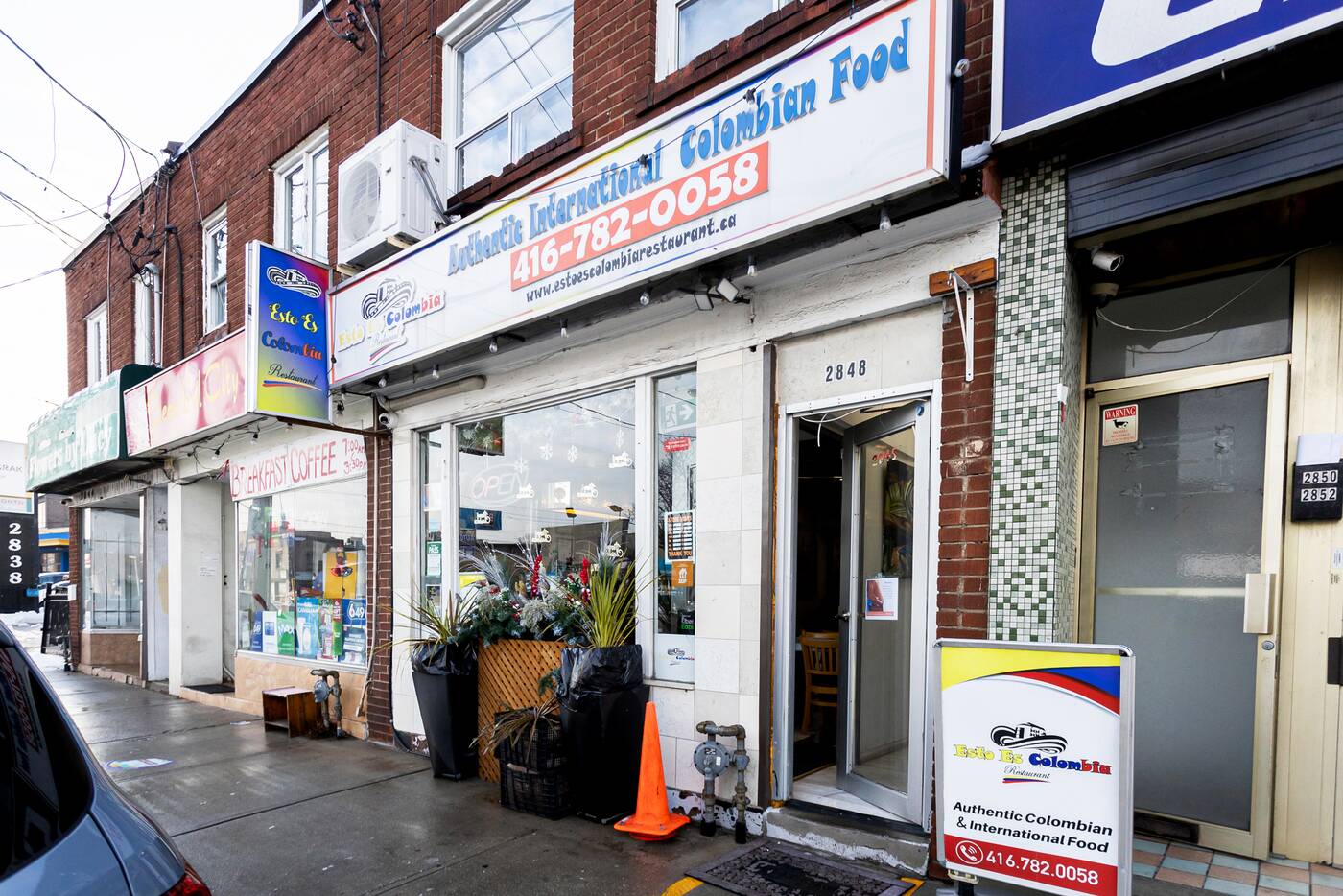 Esto es Colombia literally translates to "this is Colombia."

Arizala insists we try this dish first and tells us it's her best seller. 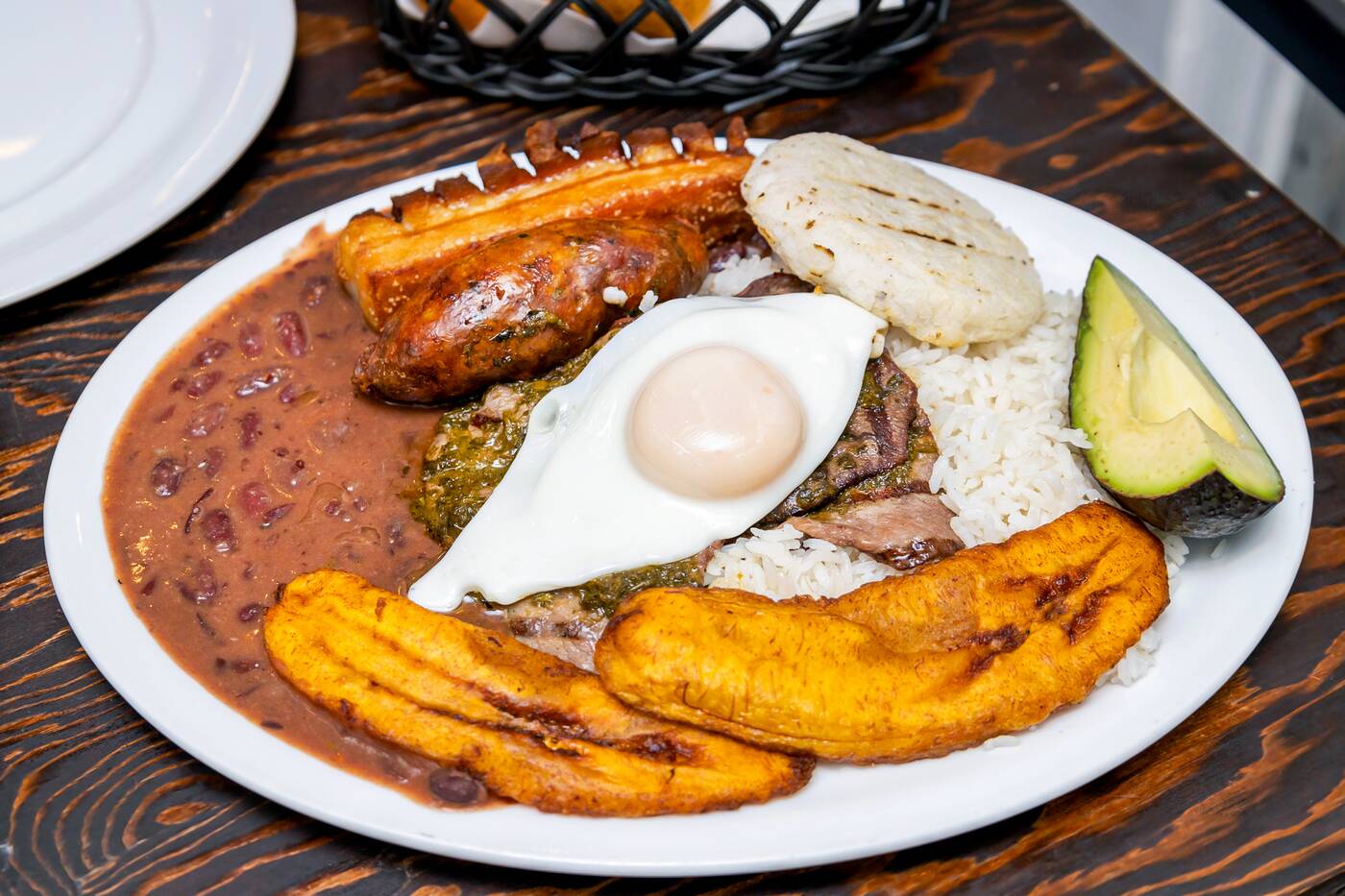 In the kitchen, Arizala shows us how she prepares the dish including quickly frying the egg while throwing the chorizo and steak on the grill and topping it with a special chimichurri blend.

She quickly spins around the kitchen, frying, grilling and cooking while her staffers respond to her requests with a respectful "si señora." 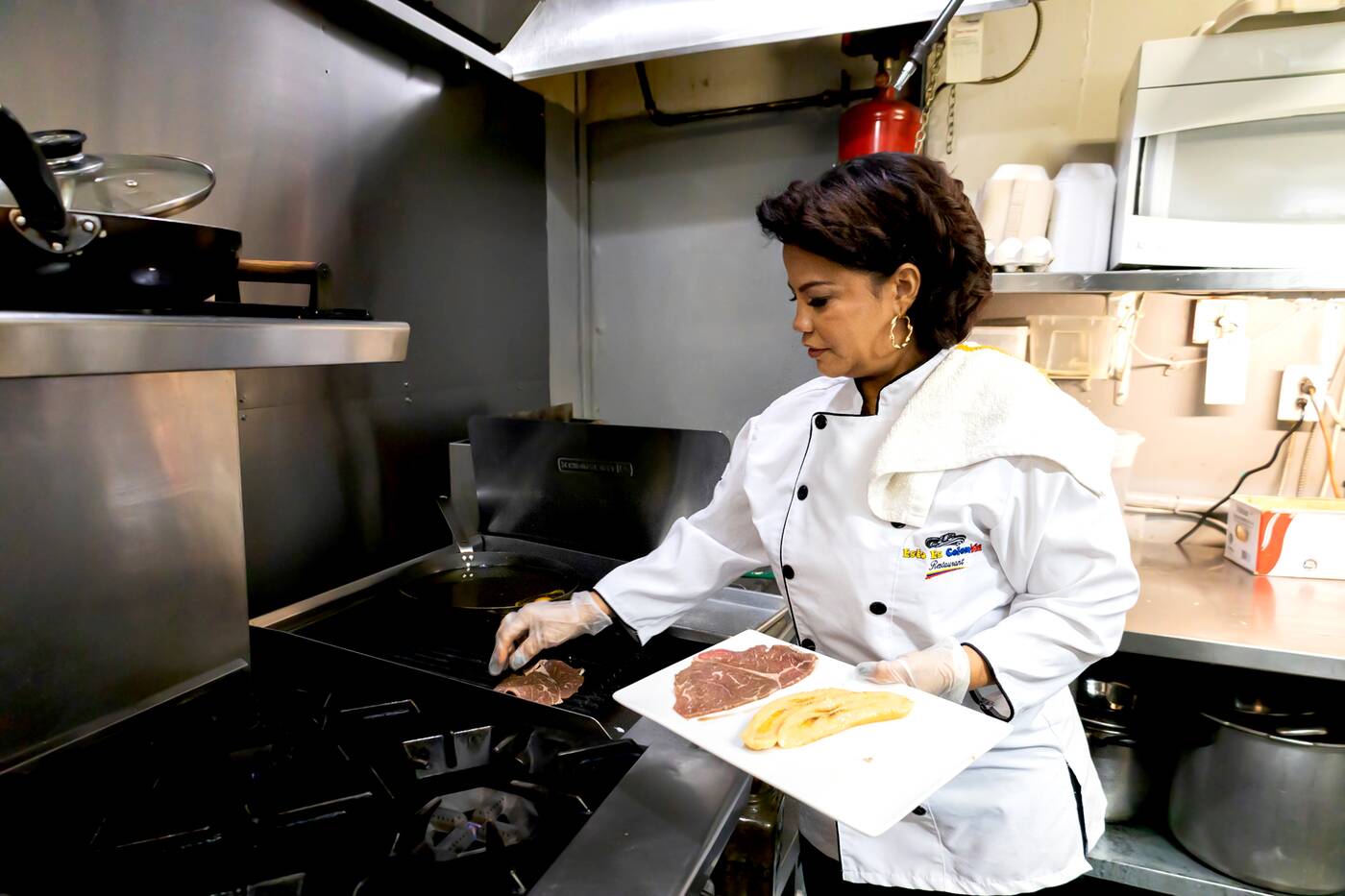 Arizala prepares the meat and plantain, two out of nine bandeja paisa components.

The plentiful dish comes together in under 15 minutes and is sided by fluffy white rice and ample beans (but not mushy). The starches catch the runny egg yolk as it slides down on to steak to create a perfect pairing.

The arepa is the perfect tool to sop up the yolk and meat juices. It's almost a mini sandwich then it's topped with some avocado, which also adds a pleasing touch of creaminess to the dish.

Then there's Arizala's popular cazuela de mariscos ($35), a bright and down-to-earth seafood soup, which she tells us is a quintessential dish from the Colombian coast.

"The culture is very rich, mostly in the food. We have 32 provinces and every single province has its own food. That's why we are culinary rich and [it's] why I opened a Colombian restaurant [in Toronto]," she said. 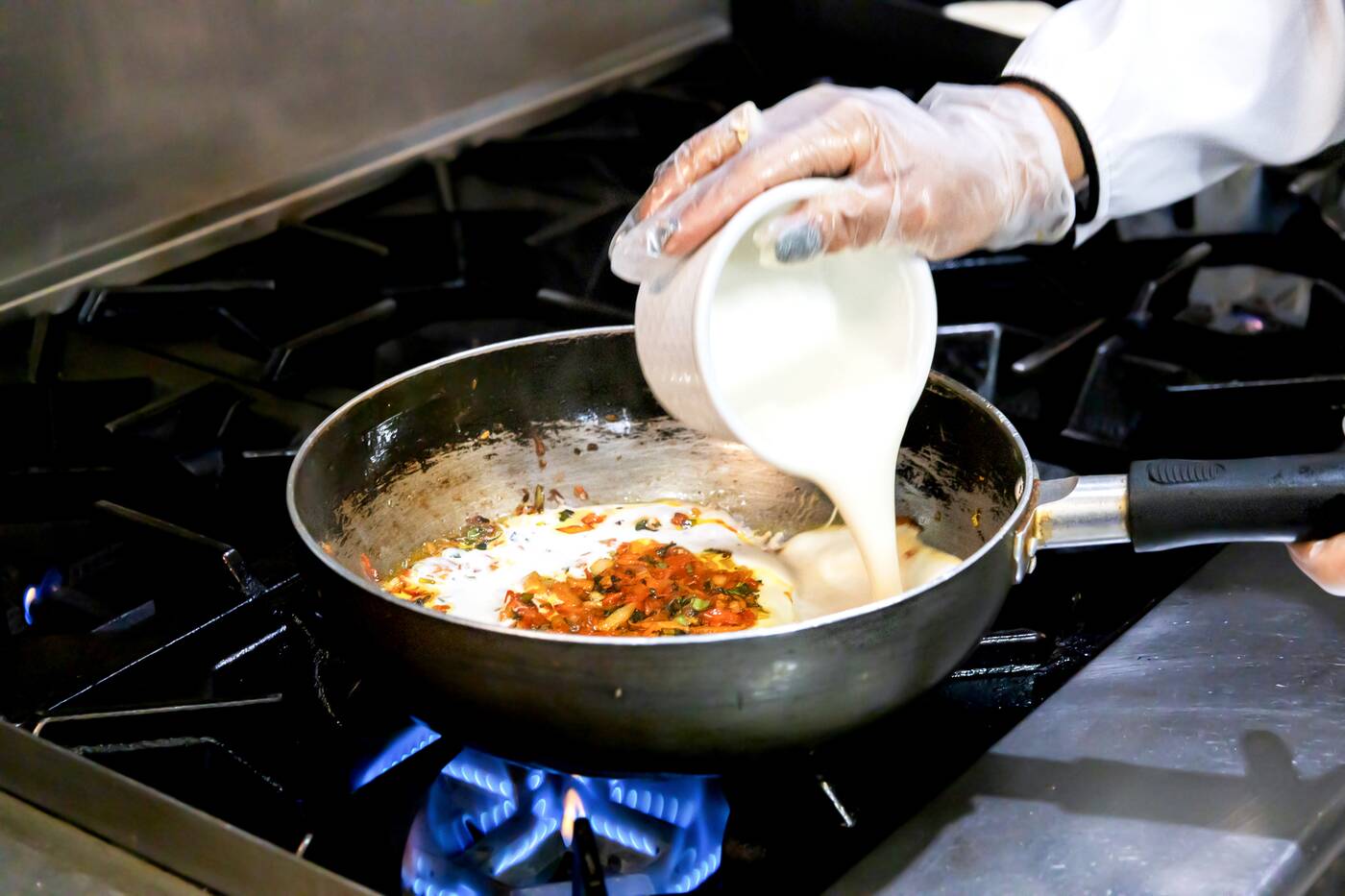 Adding cream to the sauteed vegetables in the cazuela de mariscos is a must when it comes to making the full-bodied and rich soup.

She starts by quickly sautéing carrots, celery, onion and culantro (not cilantro) in a pan before adding a bevy of spectacular seafood that includes basa filets, shrimps, mussels, calamari and oysters.

The ingredients meld together as it's spiked with a heavy pinch of Goya seasoning before Arizala adds cream to enrich the flavours and create a silky smooth broth. 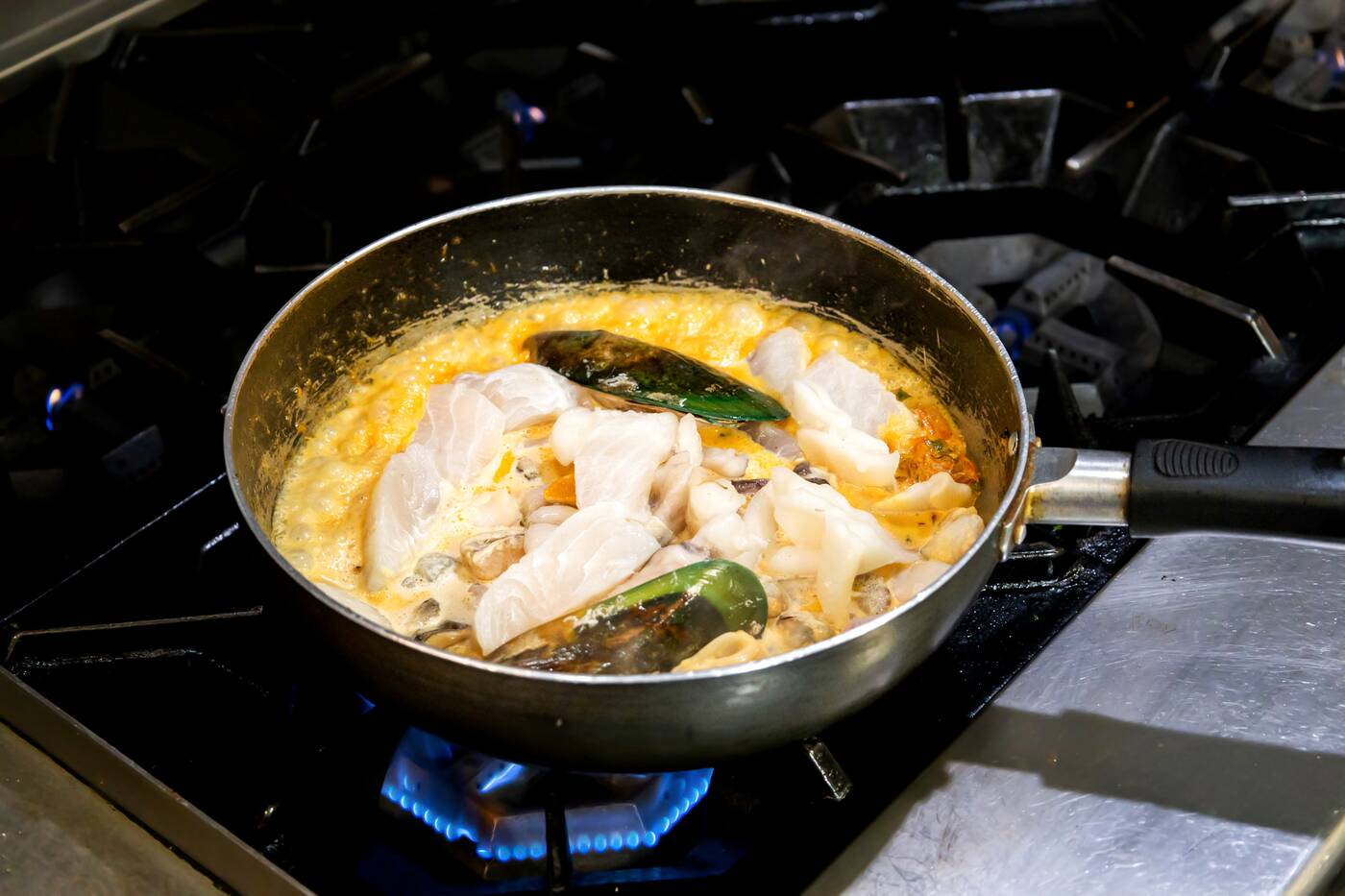 Seafood mixes with cream and spices to create a silky smooth broth.

Lobster is added after since it would come out overcooked and inedible if it was added in at the same time as the other seafood.

It's served with a generous amount of delicious coconut rice, fried but not greasy plantain rounds, and a side salad. 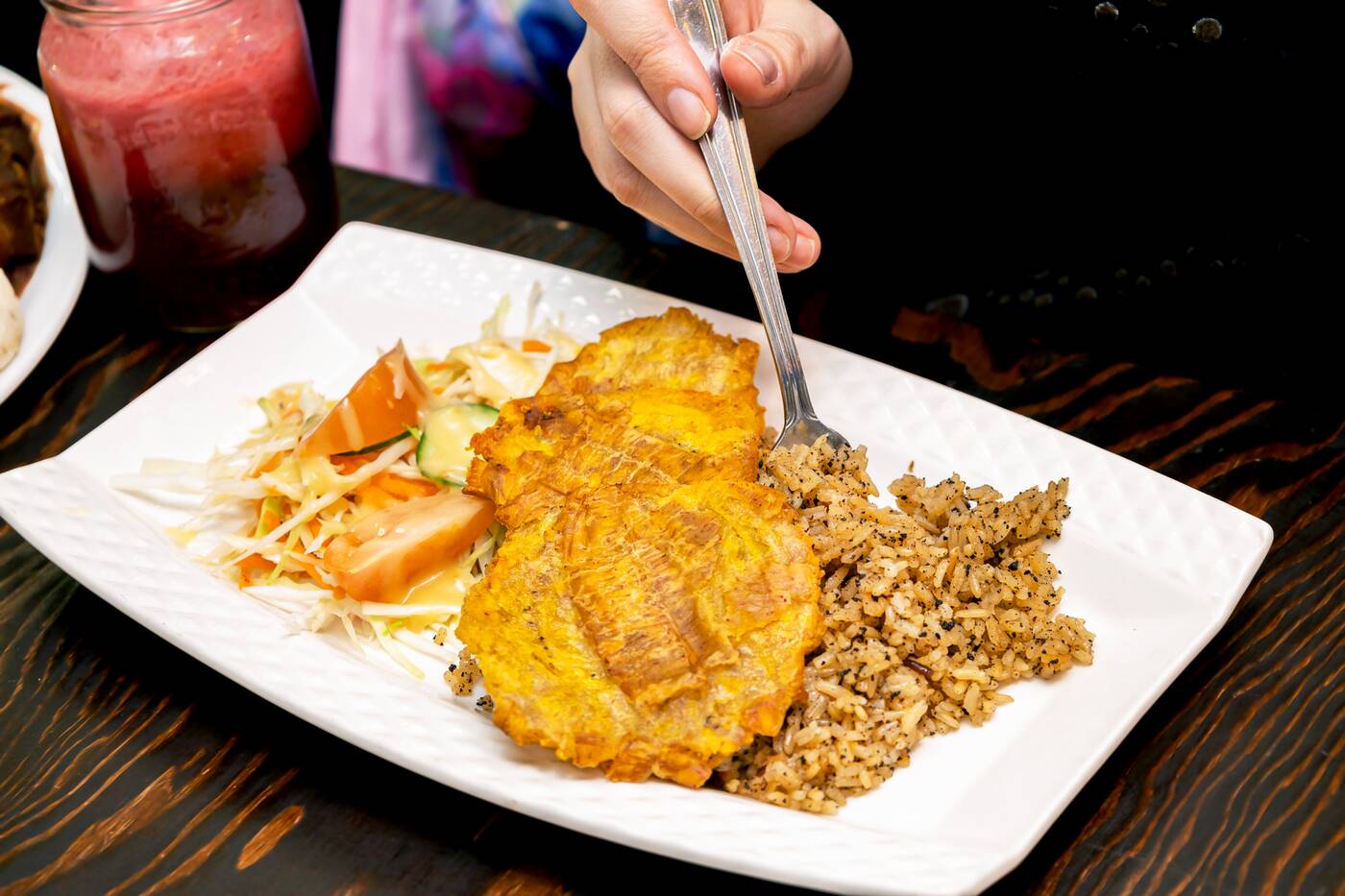 The coconut rice served with the cazuela de mariscos is the scene stealer.

If the colour of the soup doesn't catch your eye, the buffet of perfectly cooked seafood will. 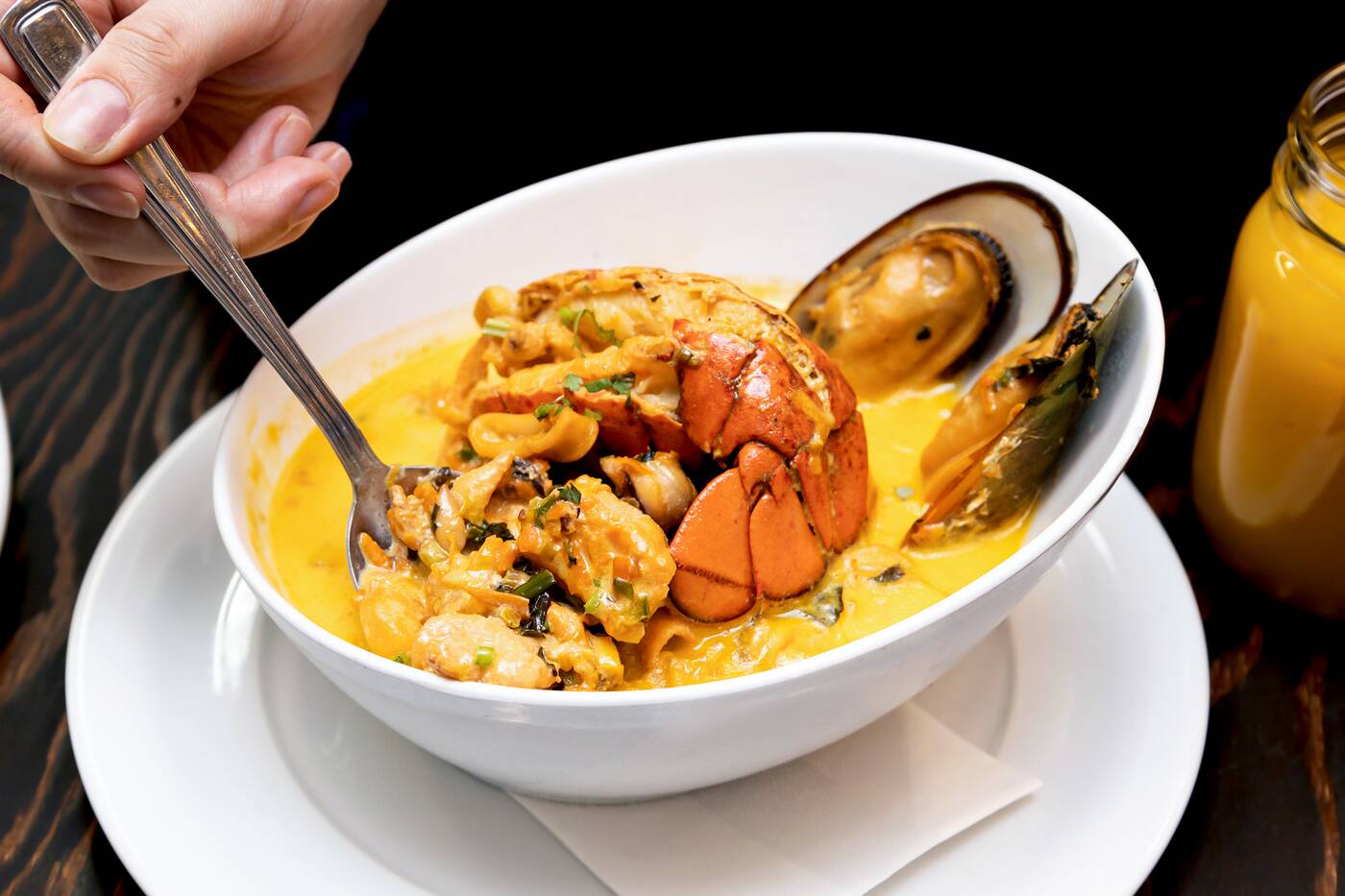 The empanadas ($2 each) comes to the table piping hot with a similar chimichurri mixture as the version used in the bandeja paisa on the side. Different from other South American empanadas, the Colombian versions are fried and smaller in size.

Stuffed with minced meat, veggies and sometimes potatoes they are perfect for a midday snack, while Arizala assures us these are the same type of empanadas you can find in her home city of Cali. 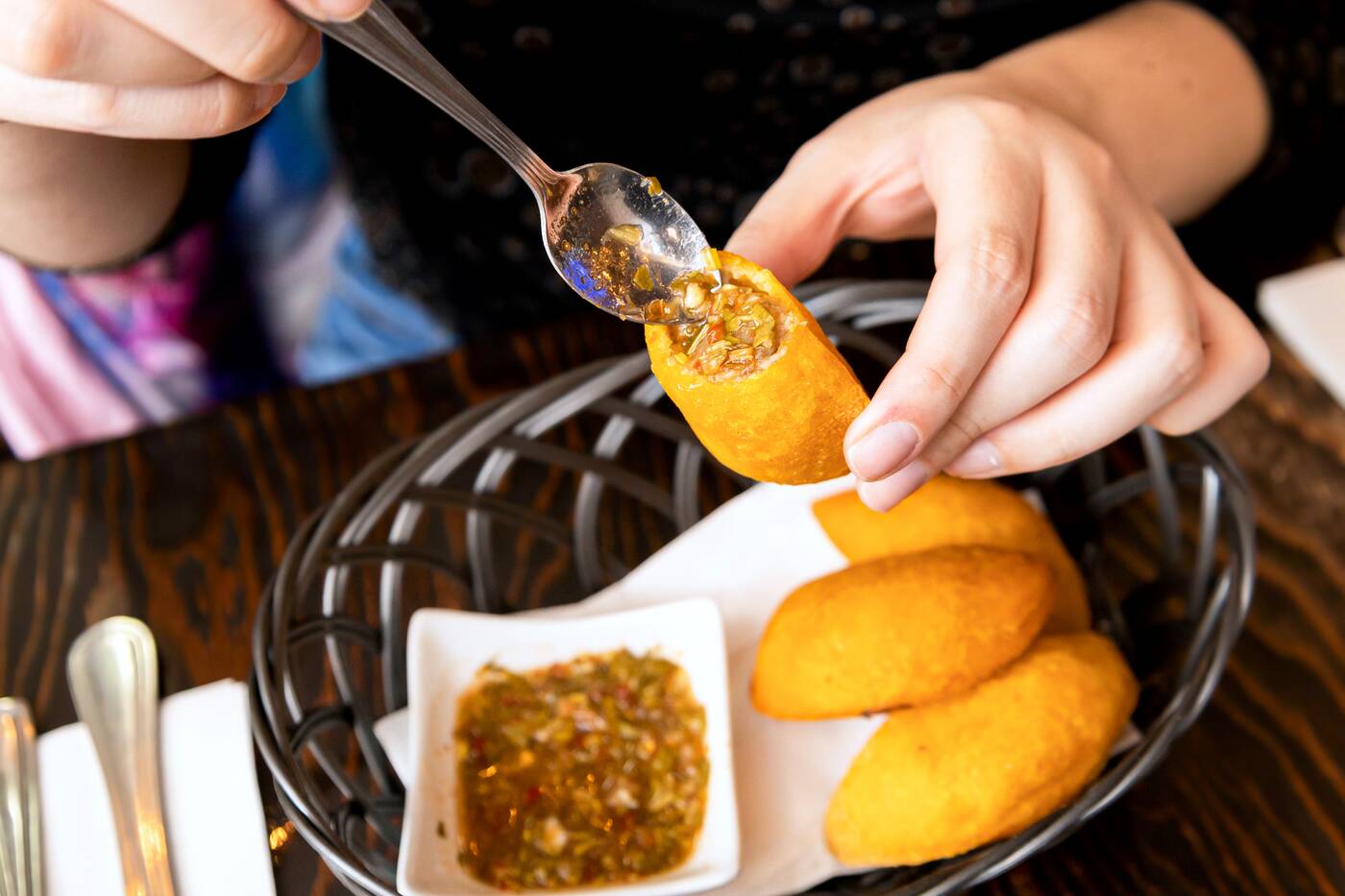 Fried Colombian empanadas are a best-seller at Esto es Colombia.

To wash everything down, she recommends trying some of the natural juices ($6-$12) that include a refreshing strawberry and tangy passionfruit. 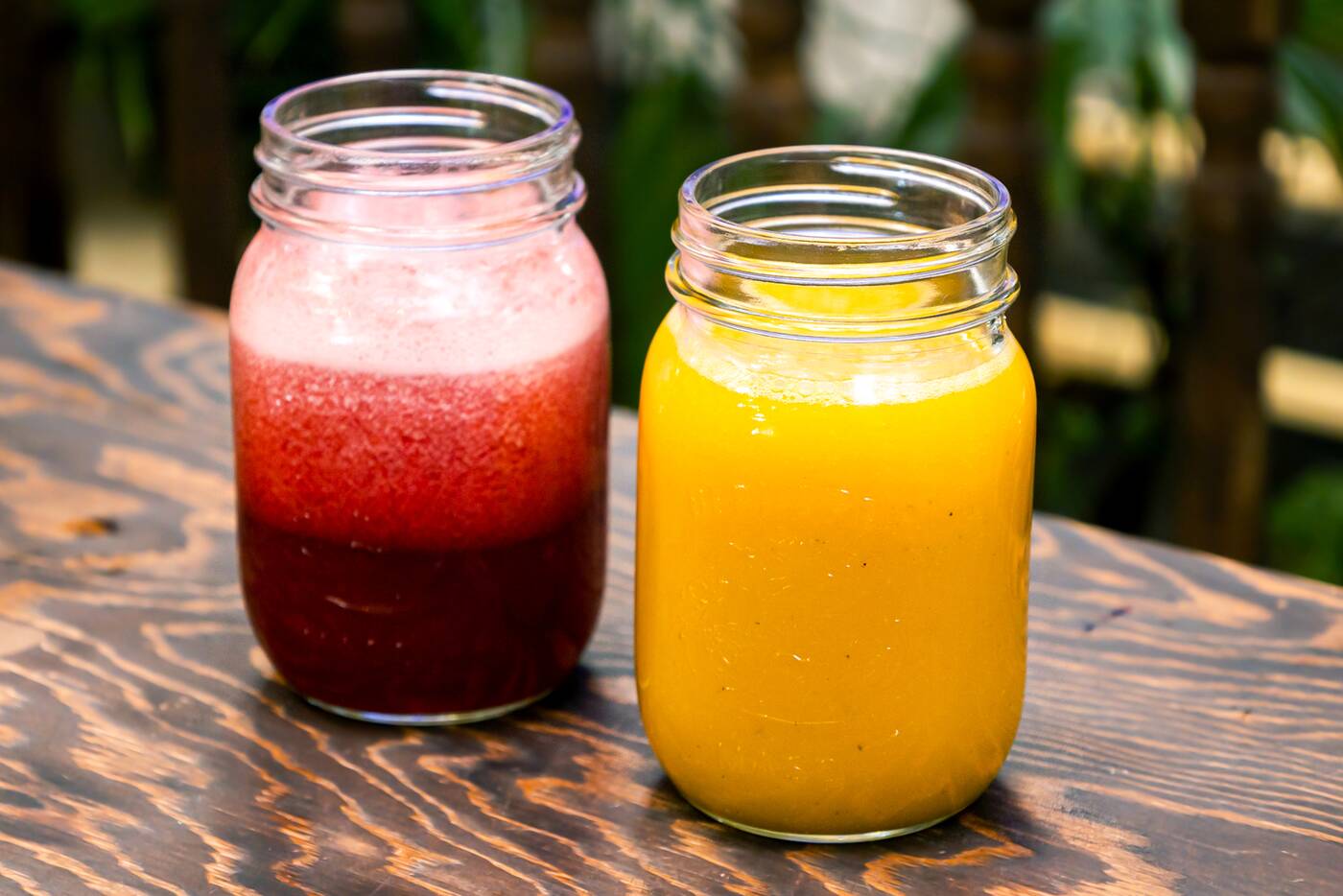 Natural juices in strawberry and passionfruit are perfectly sweet without being overpowering.

Though a good portion of her clientele is fellow Colombians, Arizala says her customer base is increasingly becoming more multicultural.

More often than not, these clients are trying Colombian food for the very first time. 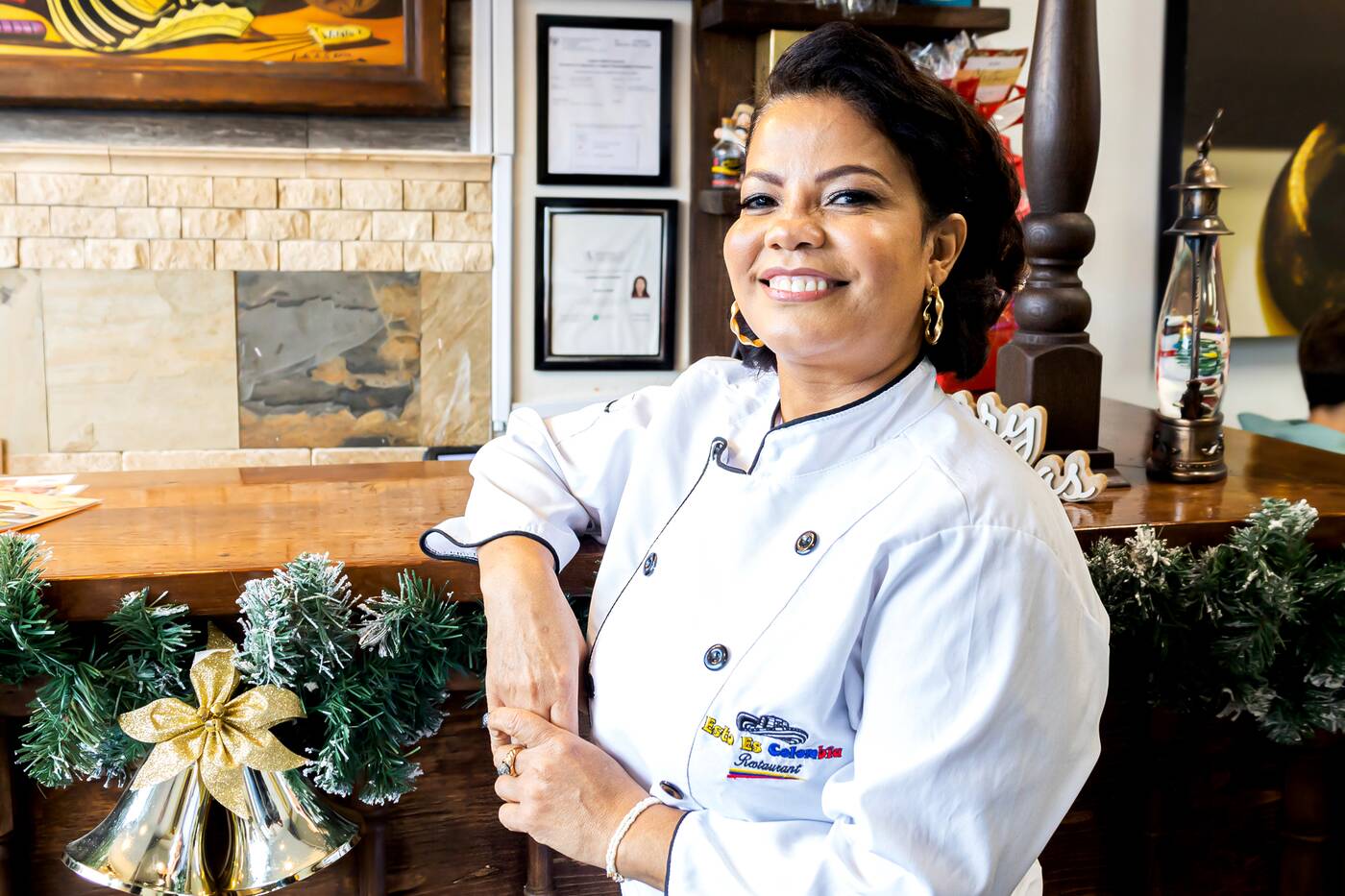 This is a very special honour for Arizala, who feels grateful her recipes will be the ones to introduce customers to her country's food.

"You feel like you're in Colombia here," she says with a big smile. 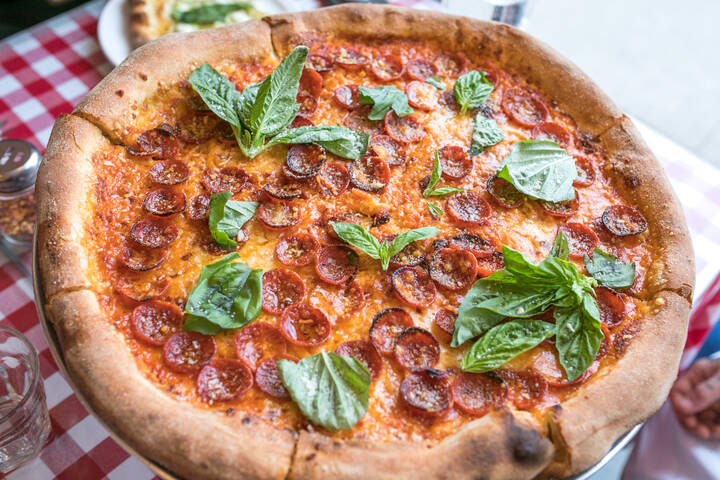