Red Lounge (better known as Red Room) located at 444 Spadina Avenue received the list of infractions, which included one crucial infringement for failing "to protect food from contamination or adulteration."

The pub also received four significant infractions, which included failing "to maintain handwashing stations," and failing "to protect against harbouring of pests." 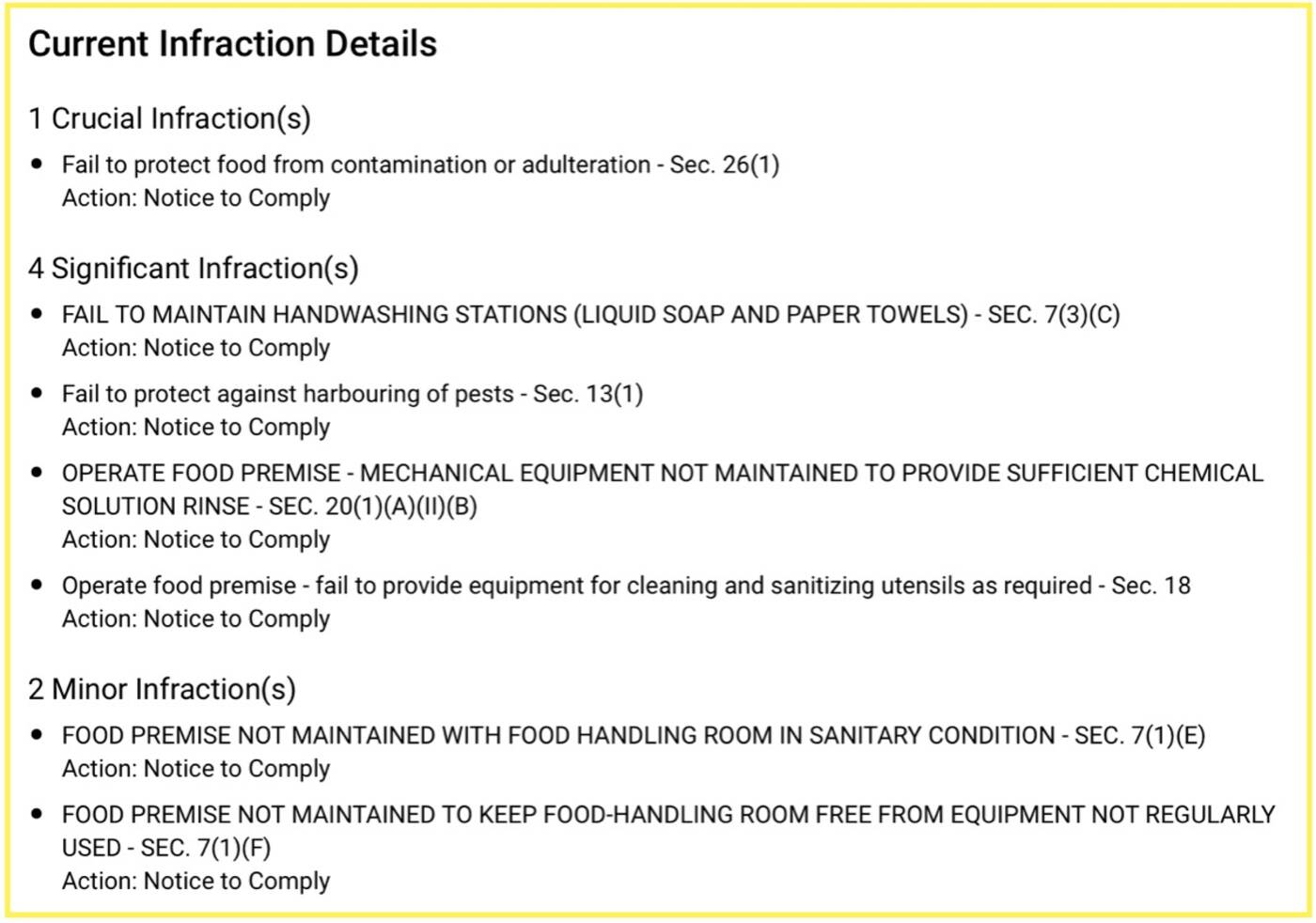 Although the popular pub was hit with seven hefty infractions, it received a conditional pass notice and will remain open as they continue to work on resolving the highlighted issues.