A popular sushi restaurant chain just got hit with seven infractions at one of its locations in Toronto by health inspectors last week.

Monkey Sushi, located at 493 Bloor Street West, received the infractions and is one of eight locations of the sushi chain.

The chain is well-known for its extensive menu full of bento boxes, party trays, specialty rolls and lunch combos.

The restaurant was nailed with one crucial infraction for failing to "protect food from contamination or adulteration."

They also received three significant infractions, including "use utensils not of readily cleanable form" and failing to "protect against harbouring of pests." 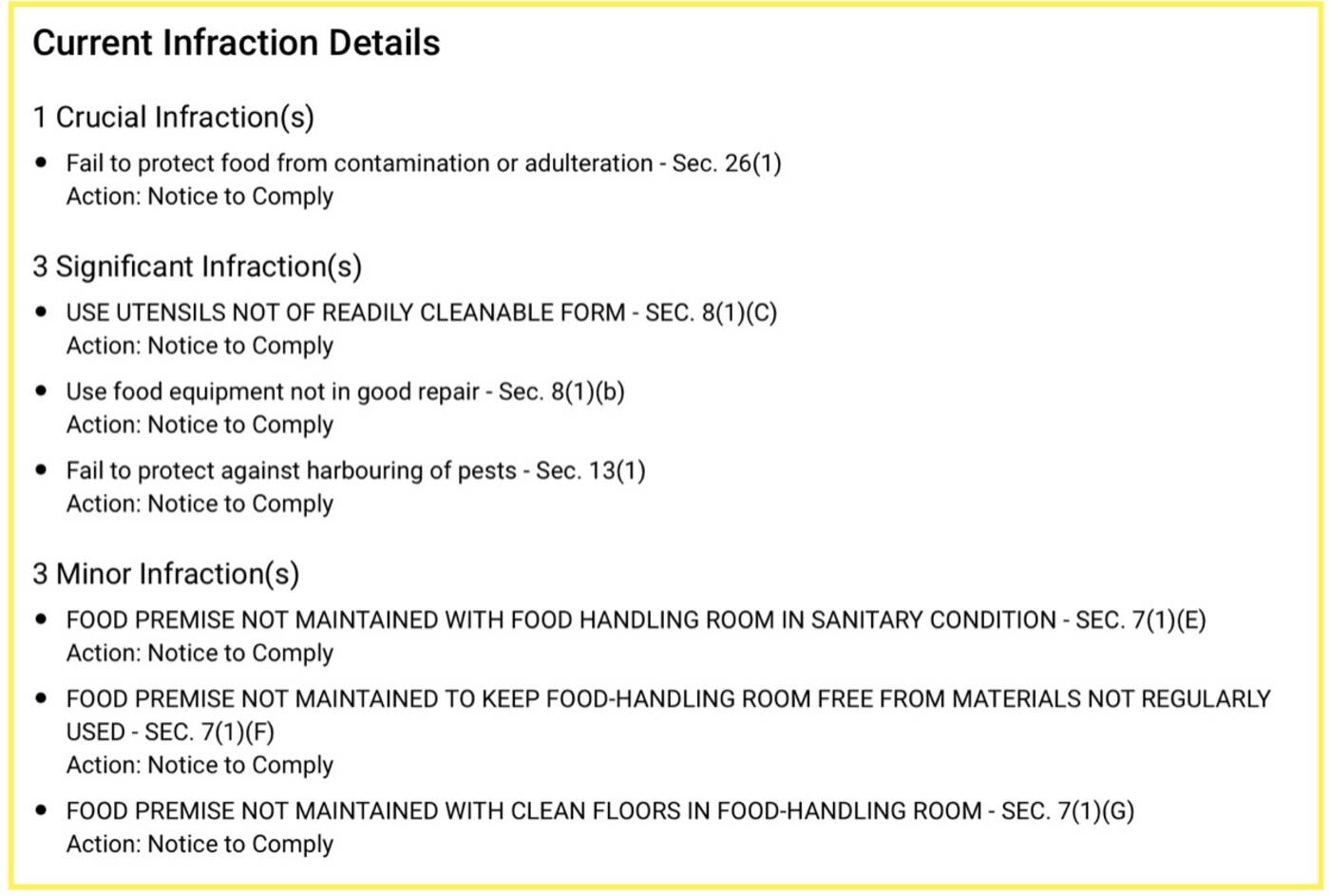 Despite receiving seven infractions, the restaurant received a conditional pass notice from Toronto health inspectors and remains open as they continue working through the flagged issues.