A modern Korean restaurant in Toronto was recently cited by health inspectors after being flagged with several infractions.

Miss Korea, located at 687 Yonge Street, is well known for serving up classic dishes including bibimbap, pork dumplings, and bulgogi. The restaurant received a conditional pass notice on Dec. 12 after inspectors detected 10 infractions, one of them crucial, and five of them significant.

The crucial infraction was listed as "storing potentially hazardous foods at internal temperature between 4 C and 60 C."

Inspectors also handed down five significant infractions, which included failing to "collect garbage when necessary to maintain sanitary condition," failing to "maintain records of pest control measures taken," and failing to "protect against harbouring of pests." 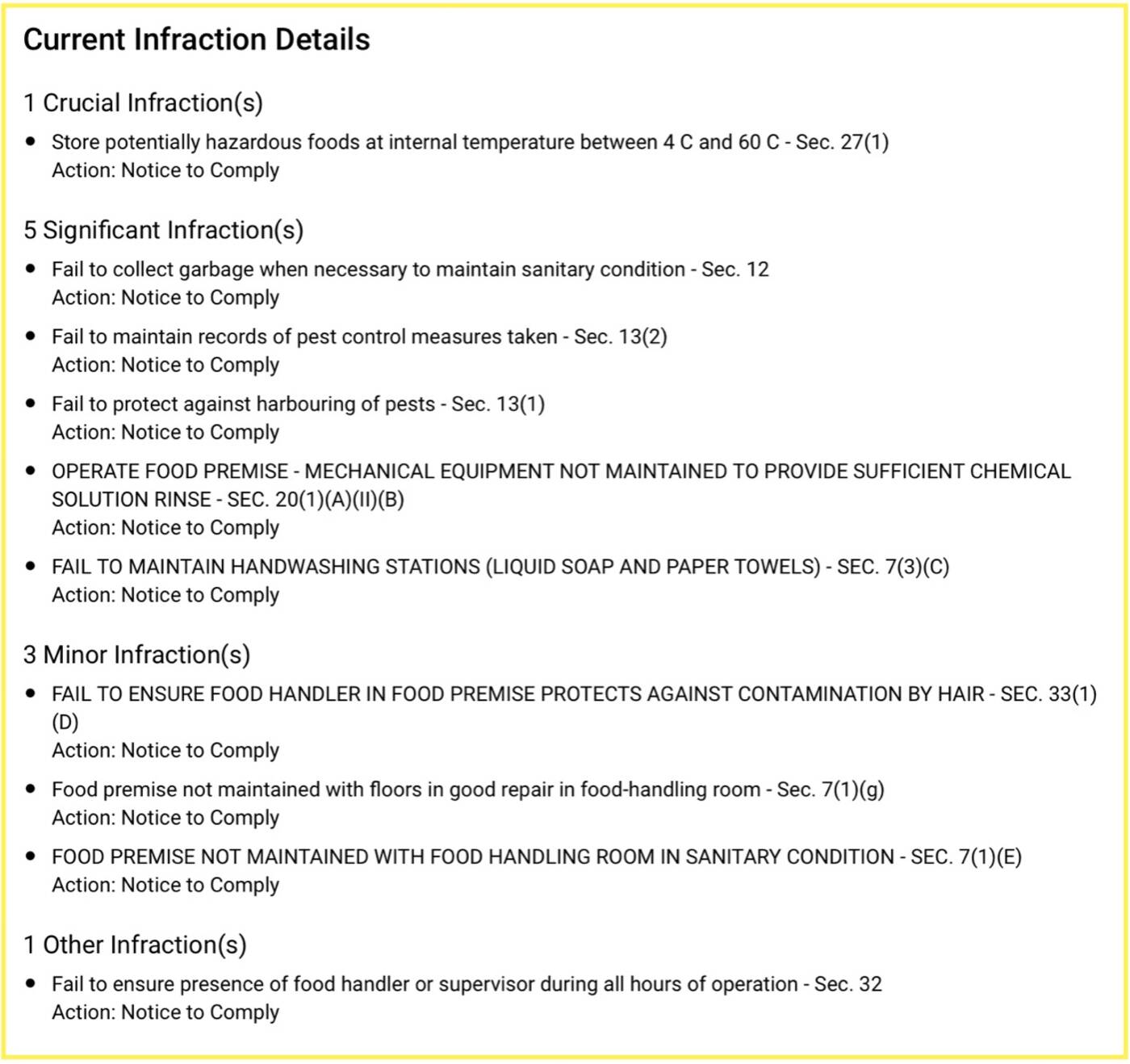 Even though the restaurant racked up 10 infractions, they received a conditional pass notice from health inspectors and will remain open as they begin working through the flagged issues.