Toronto just got a new deli, but it's not serving the usual meats and cheeses. Instead, it's full of Asian delights. 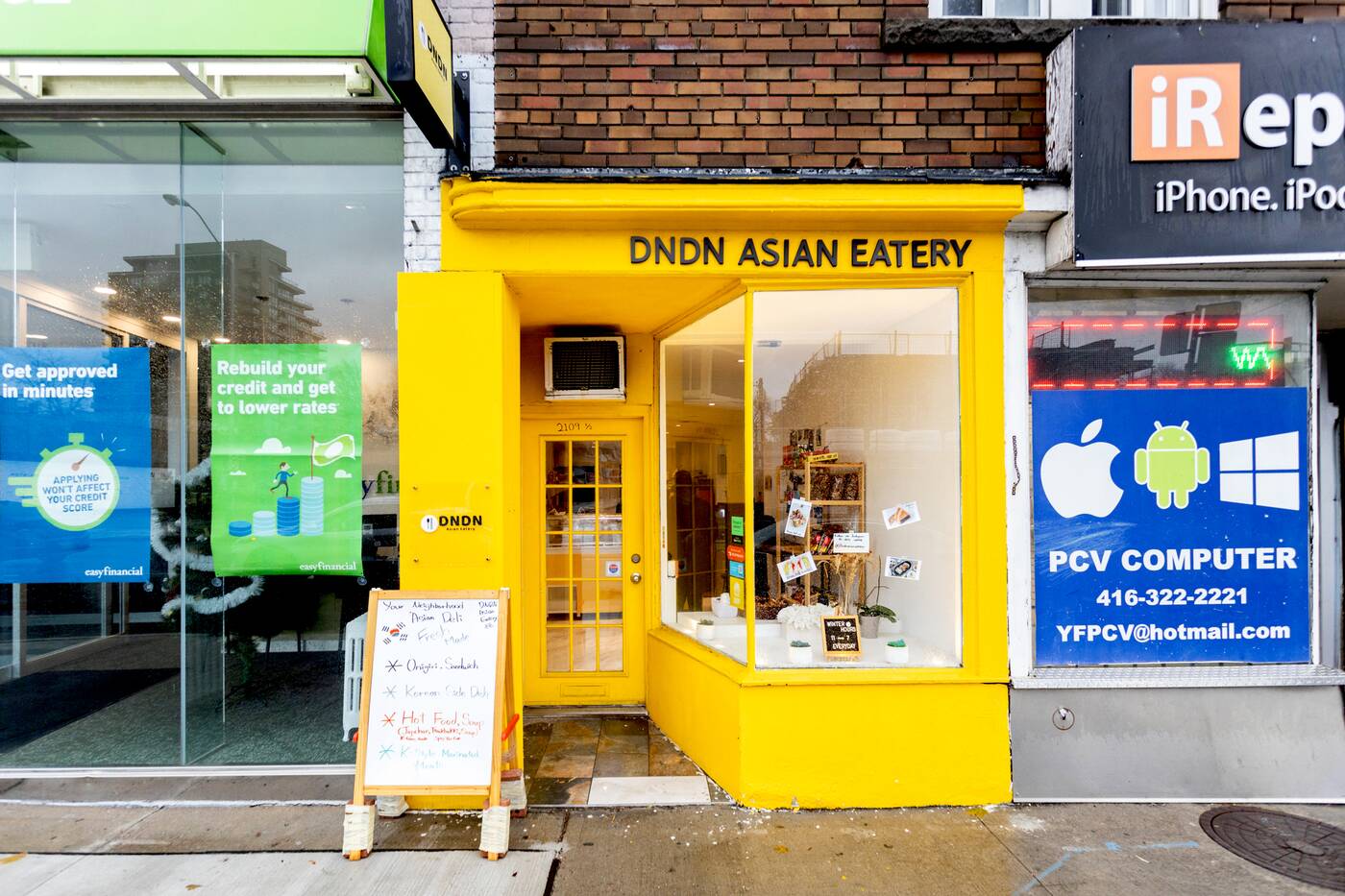 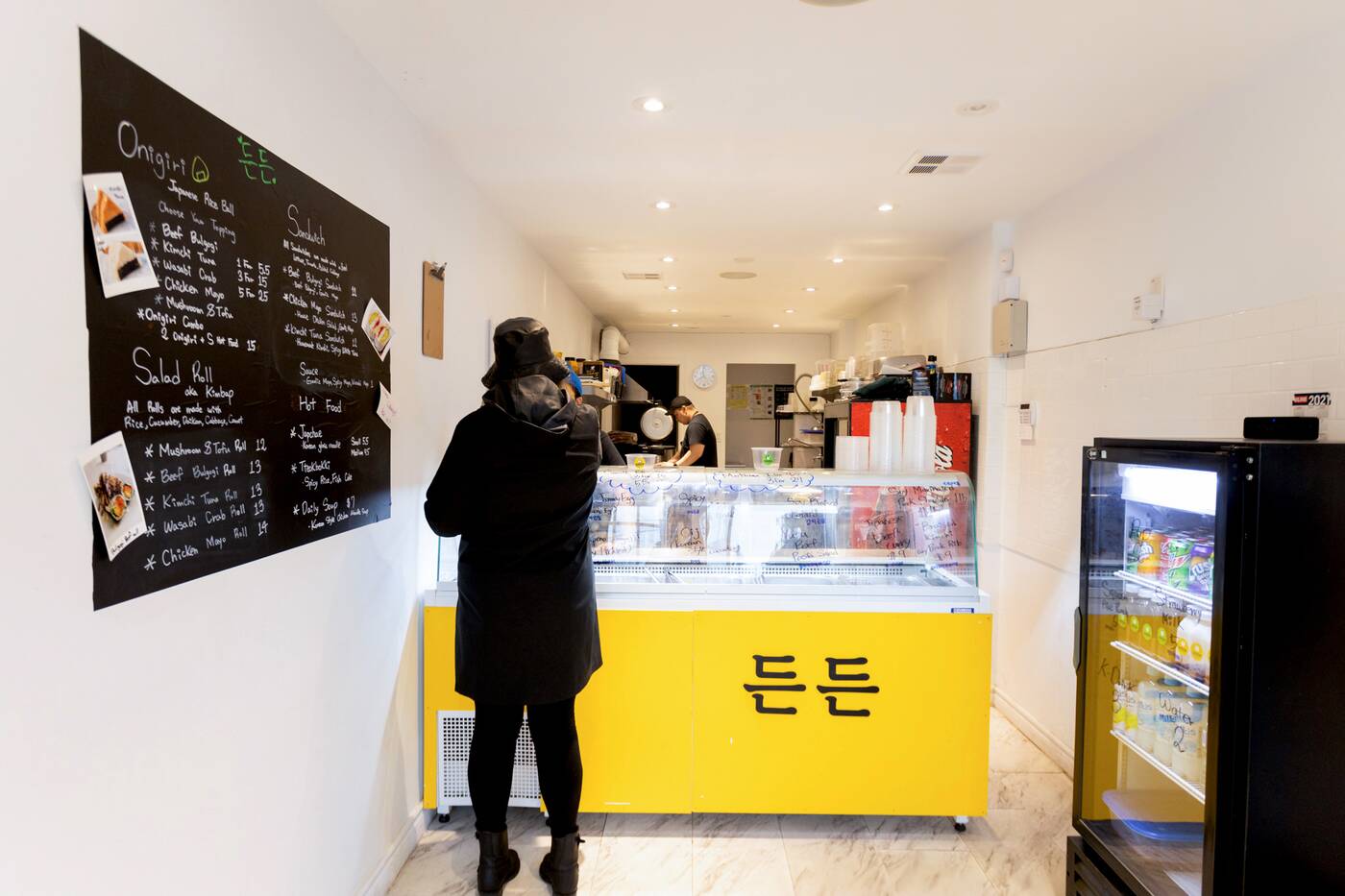 "Me and Edward were always dreaming about opening our own store," Youn tells blogTO. "Also, wanted to give it a try if people liked our food." 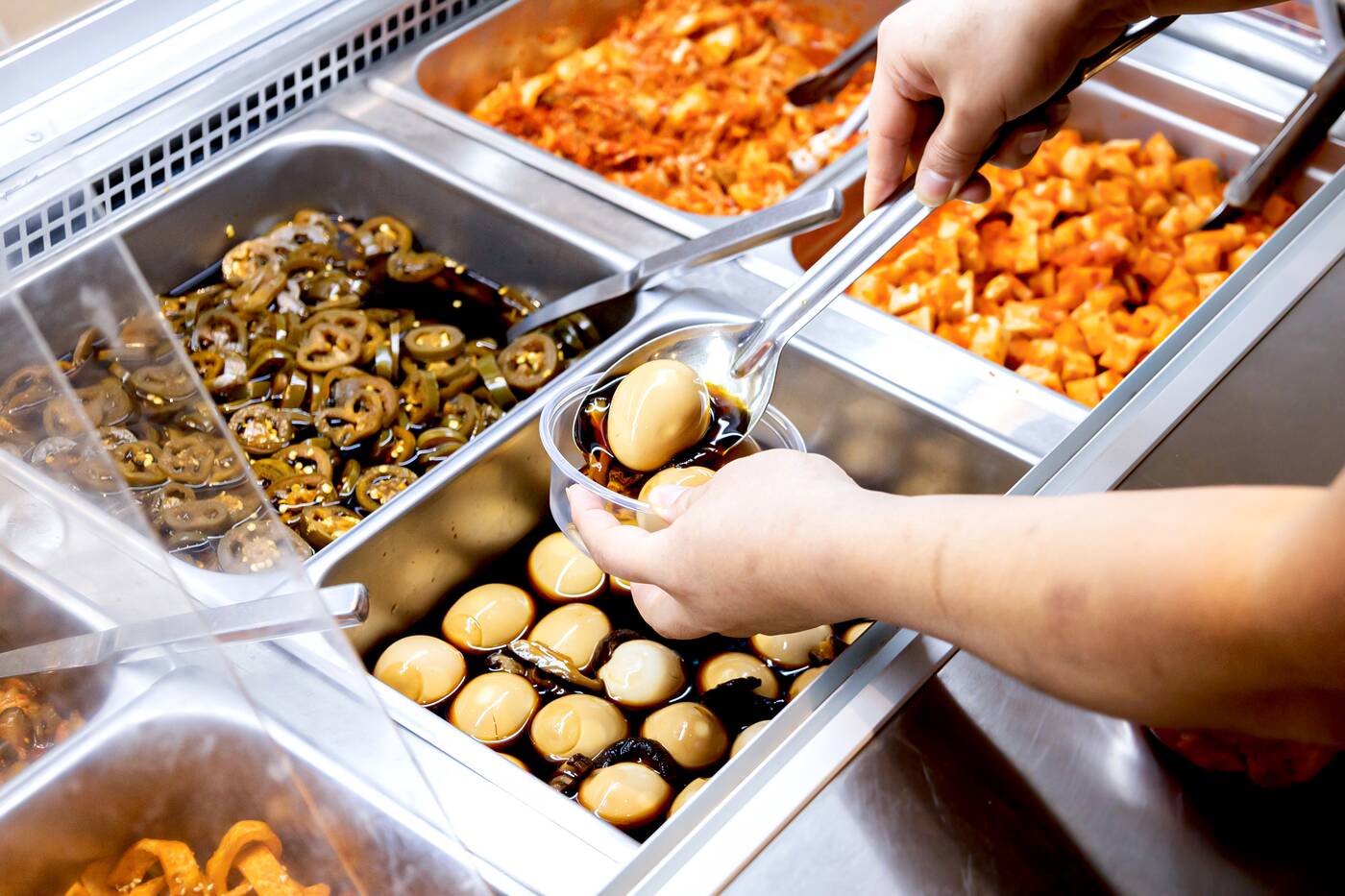 Youn has been working in kitchens since high school for nearly 10 years, working mostly in western cuisine but travelling to South Korea, Australia and Denmark. 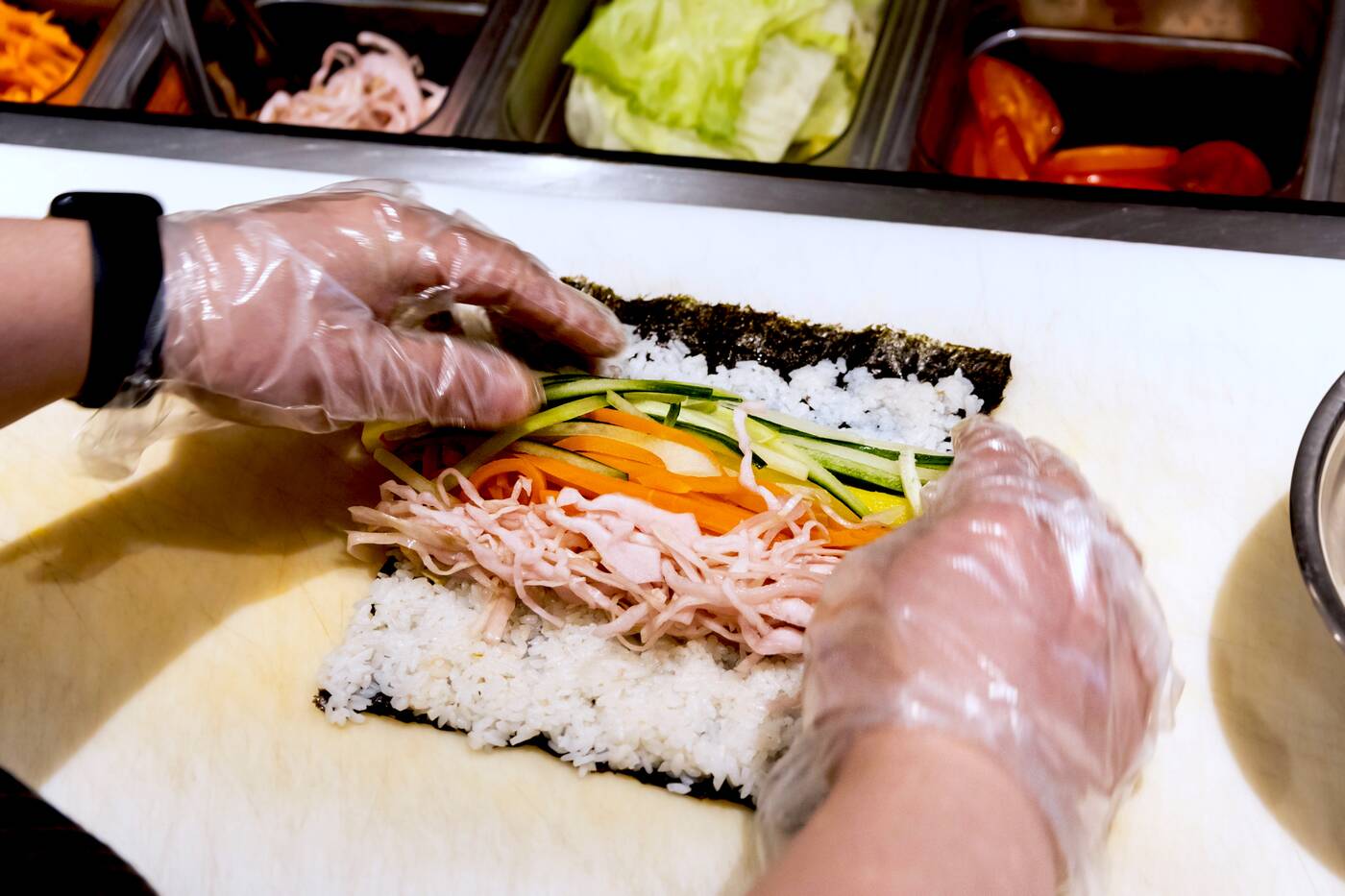 "I have staged at Noma, one of the best restaurants in the world, while I was in Denmark," says Youn who ended up working behind the stove at ground-breaking Manfreds, the first natural wine bar in Copenhagen. The cool, casual space drew in international diners for its seasonal, family-style vegetable-focused menu.

(Manfreds was the lower-priced sister space to Relæ, which had frequently ranked on The World's 50 Best Restaurants survey, and was the first organic Michelin-recognized restaurant in the world. Both closed in 2020.) 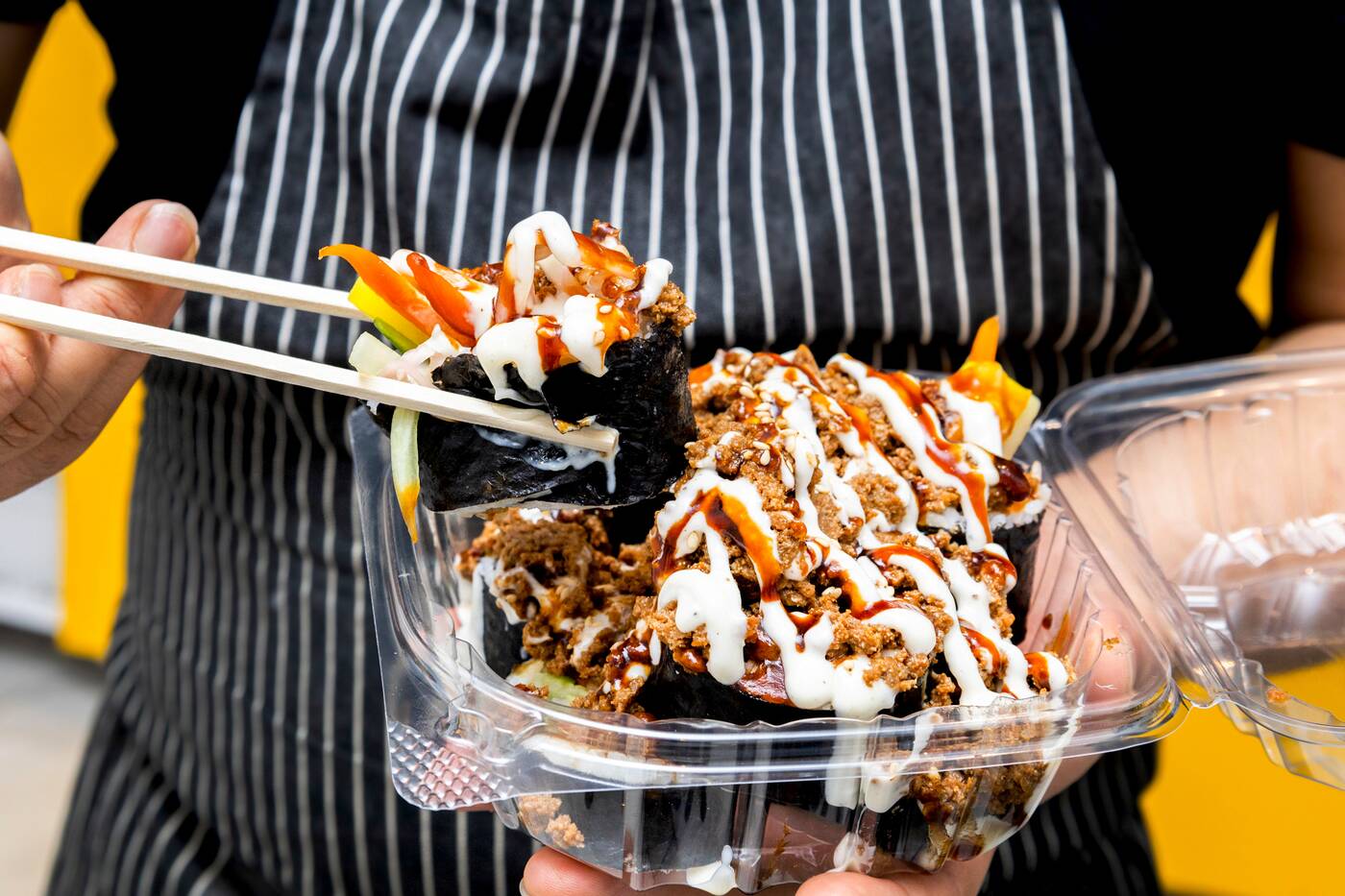 "Edward also has been in the kitchen for nearly 10 years too, mostly working in Japanese cuisine such as izakaya and sushi. And we both took Culinary Management at George Brown College, where we met." 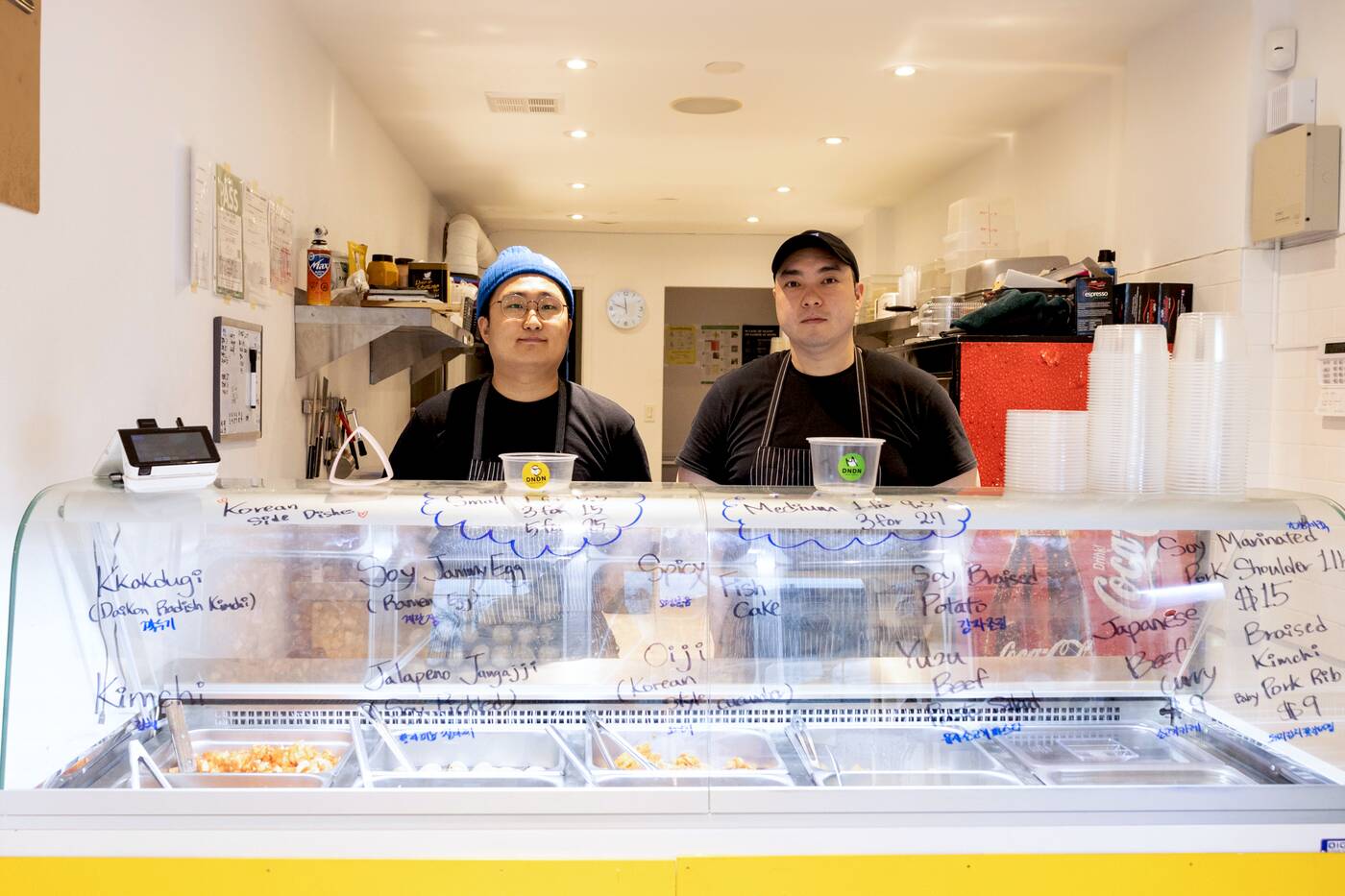 Youn previously worked in an Italian and Mediterranean restaurant, and while DNDN is his first restaurant, Kim has run a few different izakaya-style restaurants in the past. 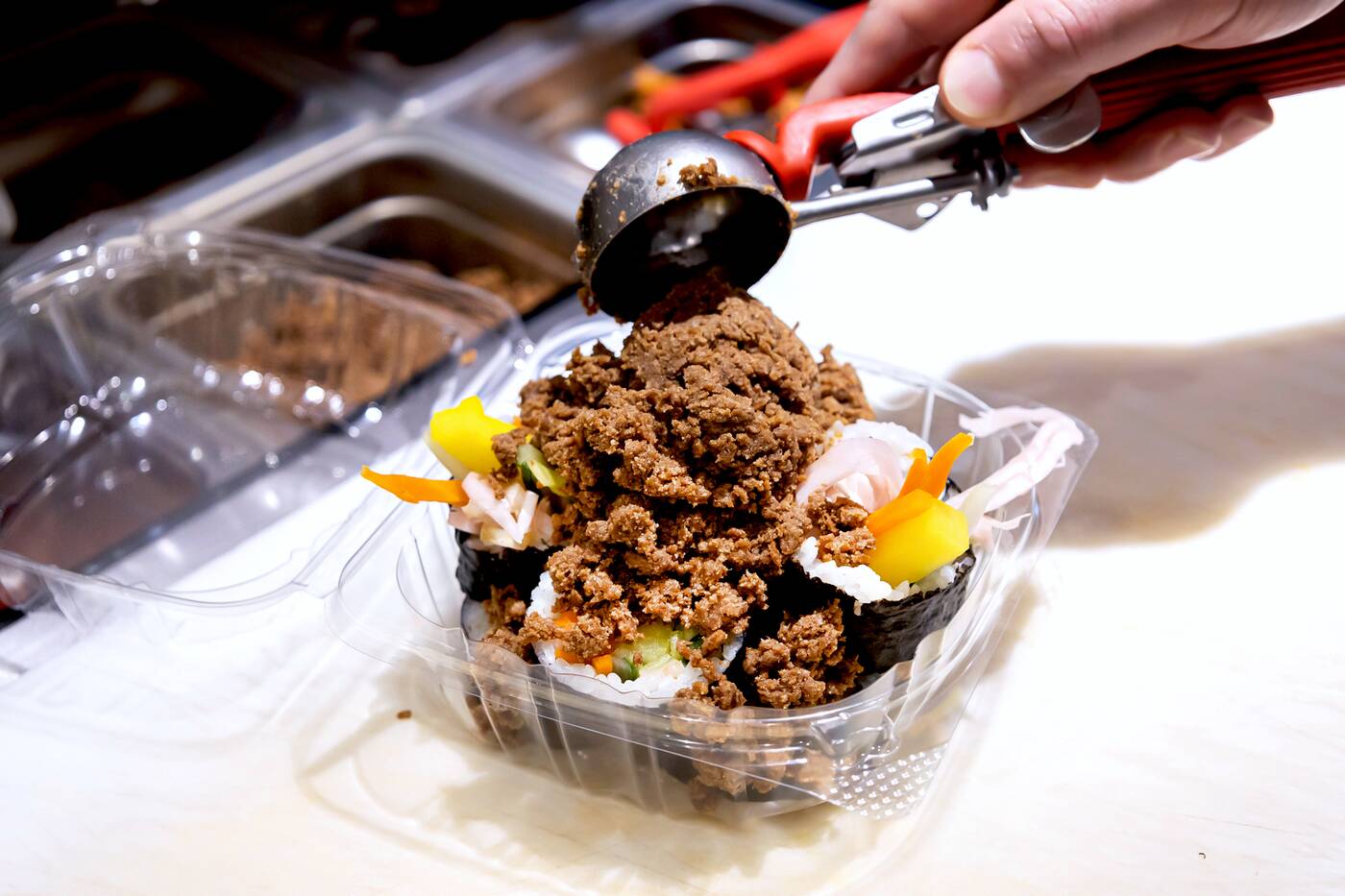 Youn figured Korean cuisine from his own culture would translate well to a deli concept. 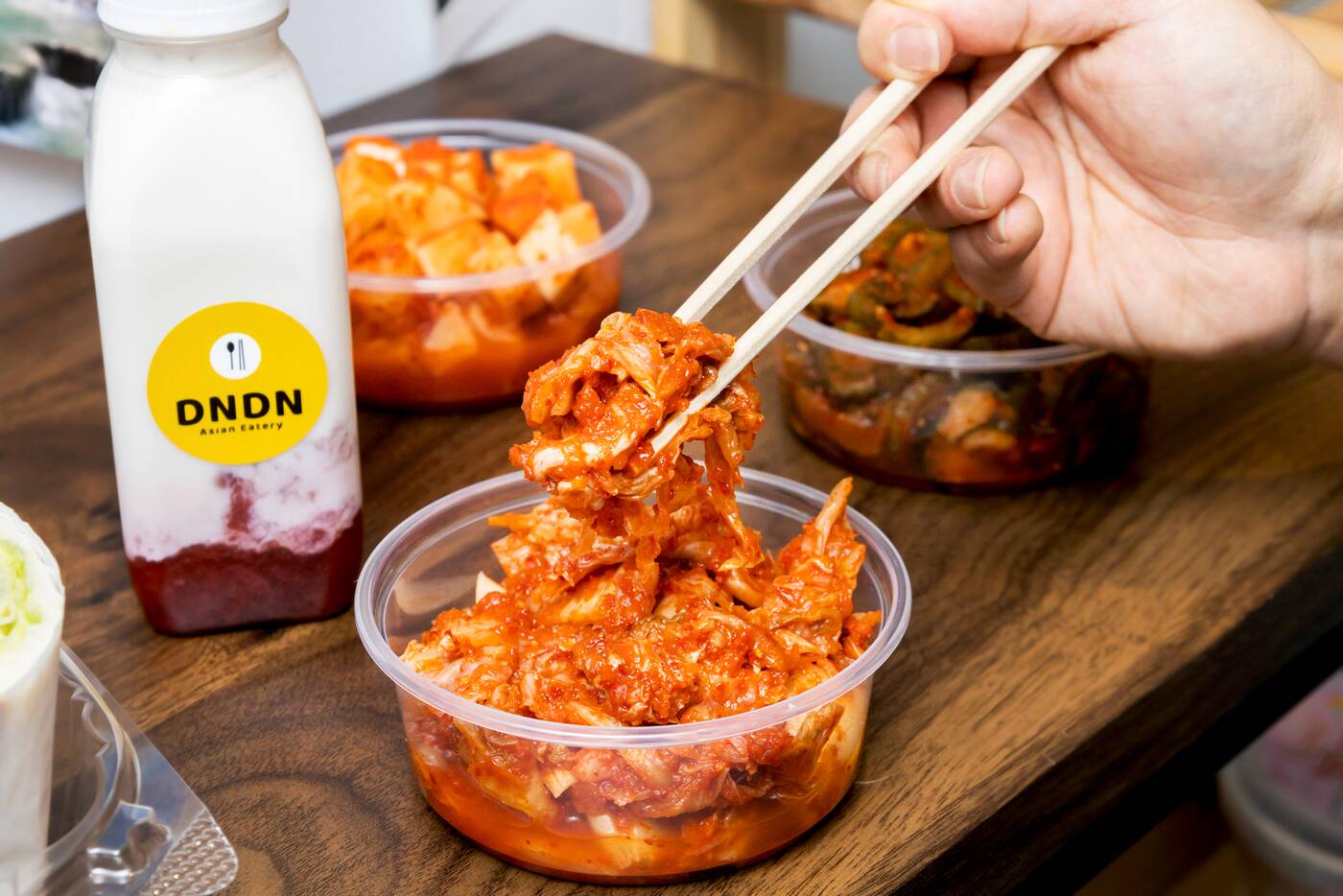 "DNDN stands for the Korean word '든든' which means fulfilled and substantial. We just wanted to do something that we are familiar with, which is our home cuisine, Korean. And you know we've got many side dishes which are very good for deli style," says Youn.

"I think the neighbourhood still needs some more time to figure [it] out. But we do get a lot of positive responses from our regulars since midtown lacks authentic Asian cuisine." 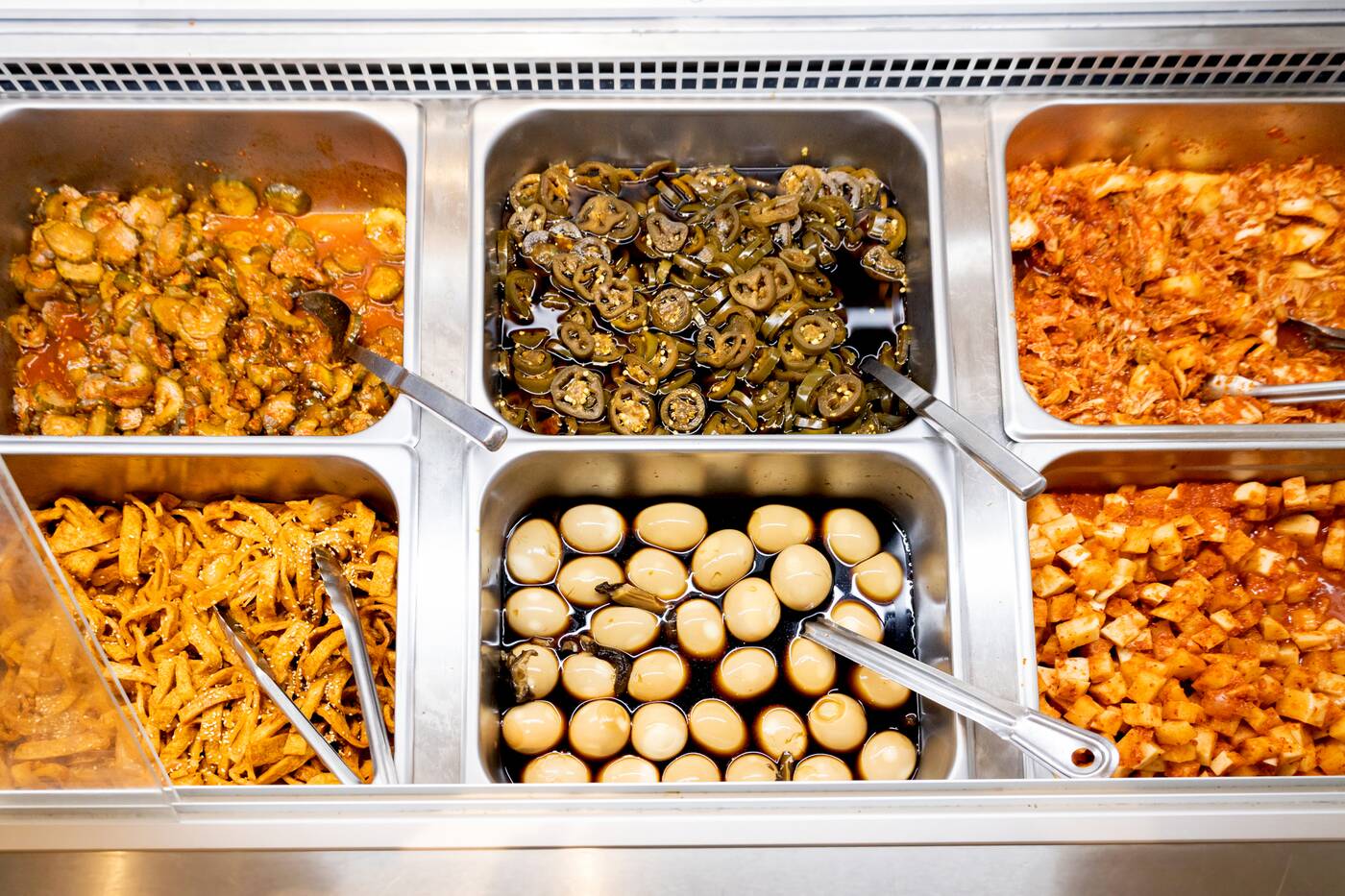 The intersection between Korean/Asian and deli comes in with everything being made fresh in-house, including pickles, sauces and kimchi, and items like their onigiri and Asian-style sandwiches that are made to order. 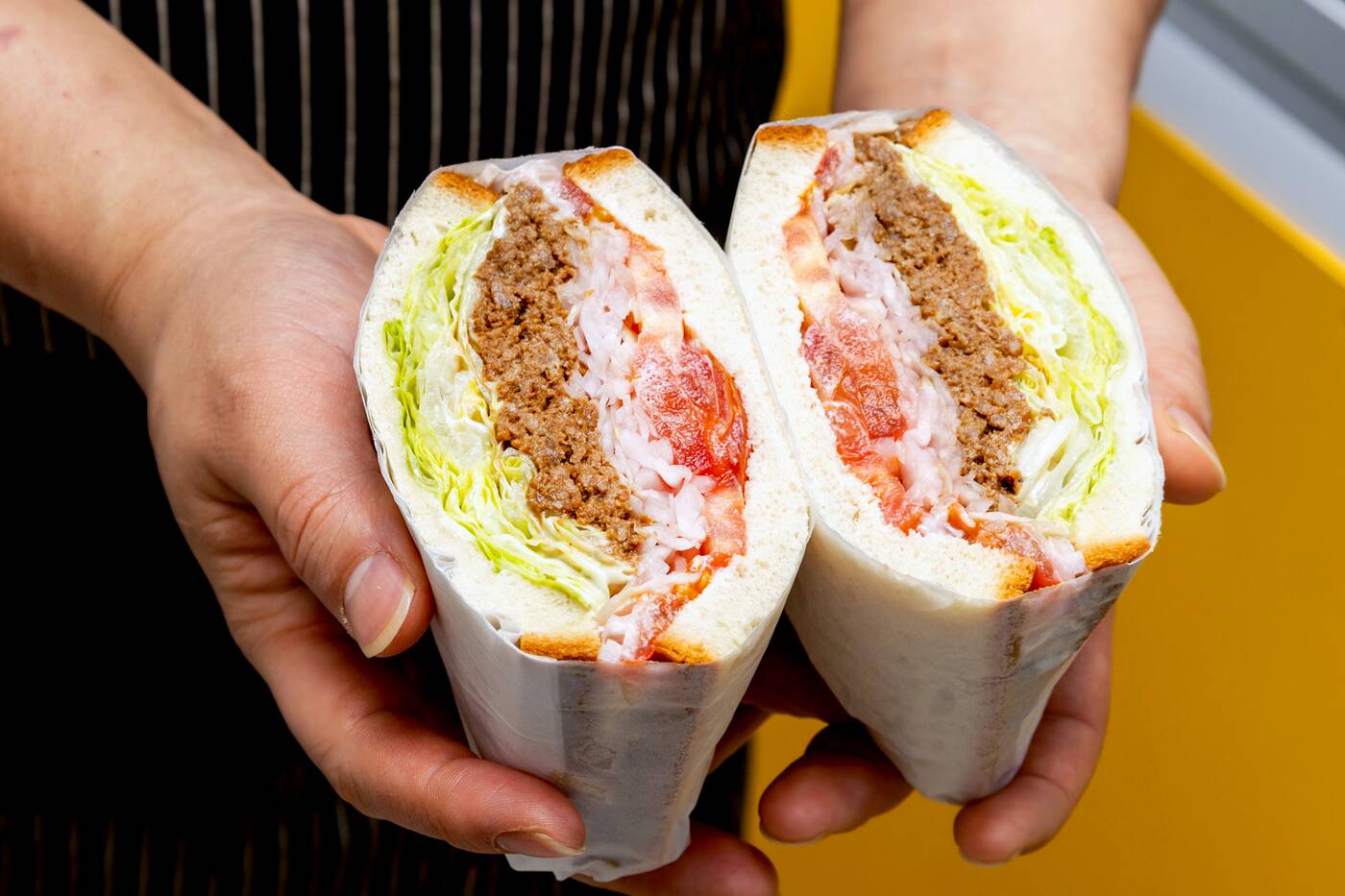 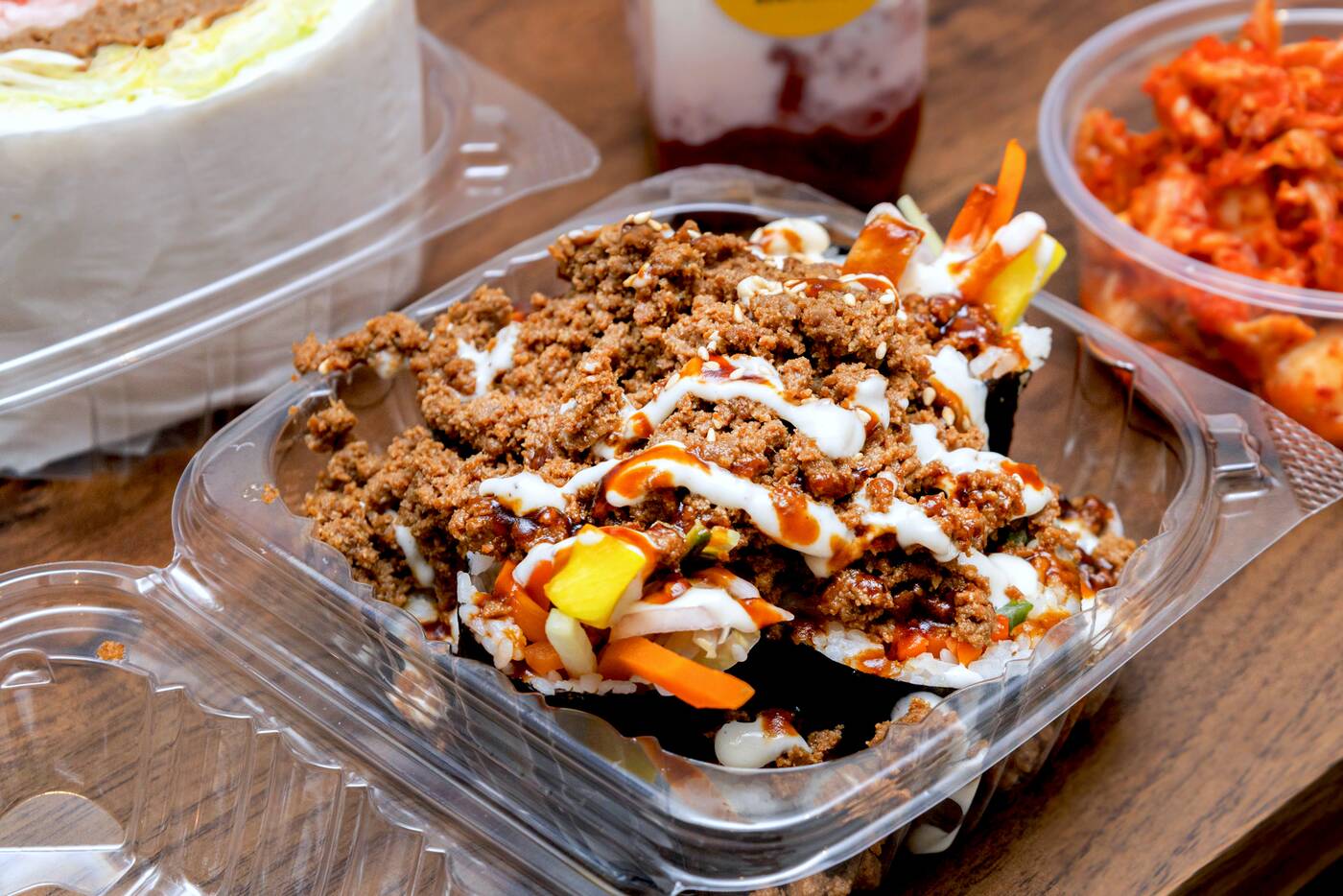 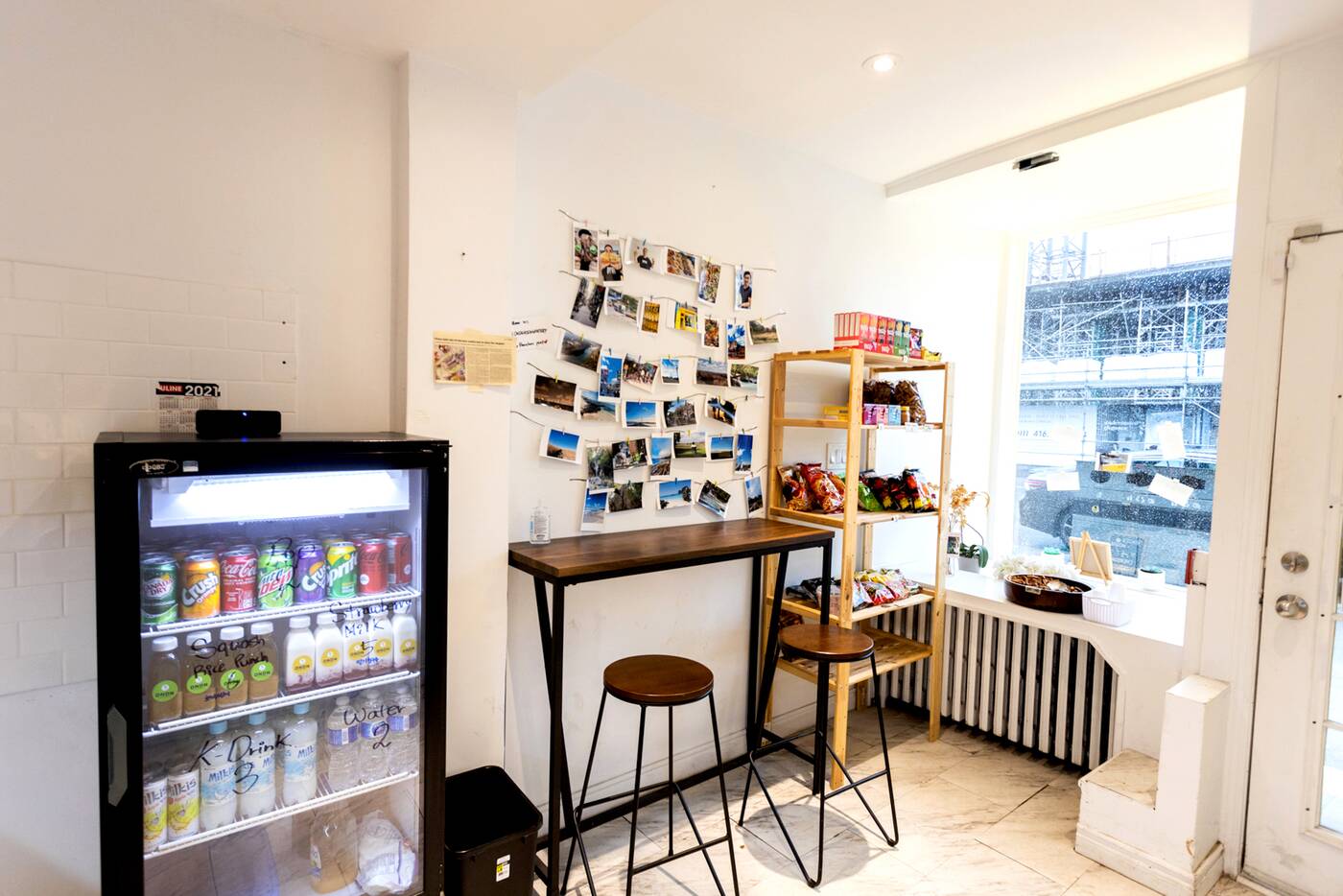 This casual deli-style takeout concept is a start for their business. The pair of friends are hoping to continue to open a sit-down spot. 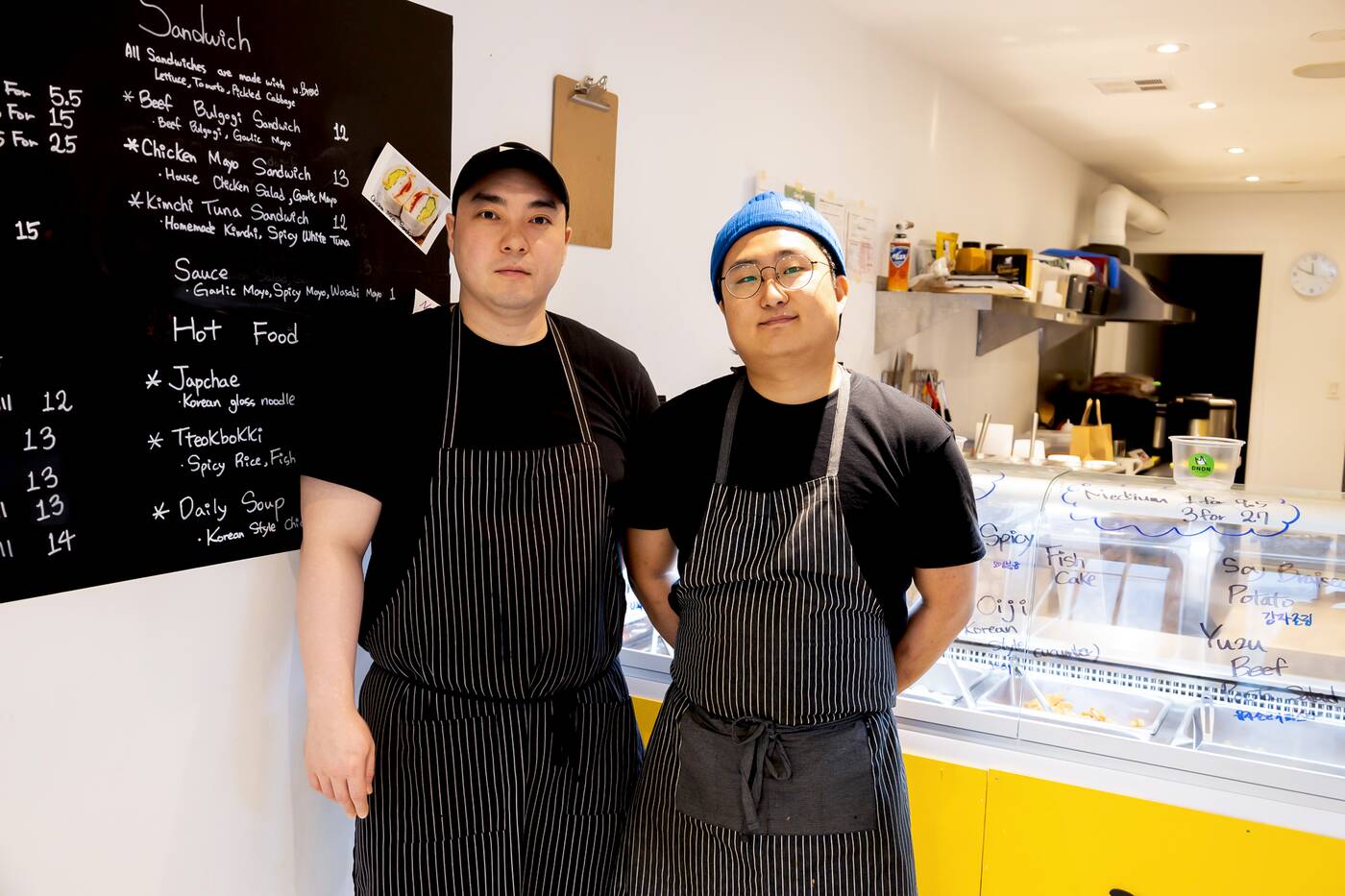 "Eventually we wanted to open a dining restaurant to serve unique dishes," says Youn. "We believe that DNDN will be a great base to build up."