A Toronto restaurant well known for its dim sum and seafood combos just received a whopping eight infractions from health inspectors this past week.

Casa Deluz, located at 1571 Sandhurst Circle in Scarborough received the infractions, which included one crucial infraction for failing "to ensure food handler in food premise washes hands as necessary to prevent contamination of food." 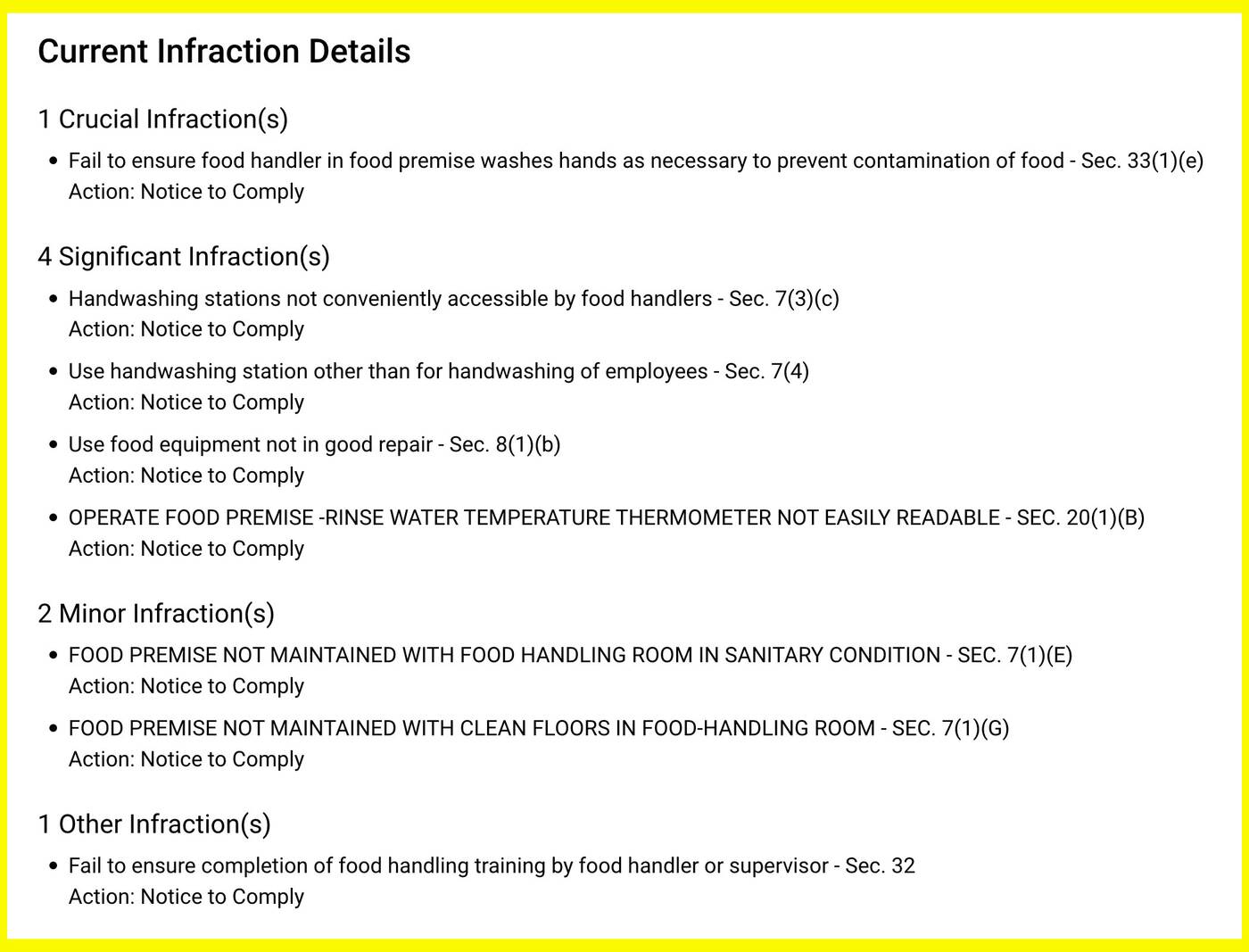 Despite the health infractions, the restaurant received a conditional pass and remains open as they work through resolving the issues.